Ask the DJ: Majik – 11 Tracks That Added Texture To Our Sound

MAJIK kick off their European tour at King Tuts in Glasgow today, in support of Eden and following the release of latest single – ‘Real‘.

“We thought we’d take you on a journey back into some tracks that inspired us to write and that we feel have added some textures to our sound,” tells the band of two talented twenty-something’s who ‘don’t mix ordinarily’. There’s Jamie: the scientist from Ayrshire, Scotland – the college-trained music wizard of Logic, and the guitar. And then there’s Marcus: the artist from Marlow, England – the sensitive, soul-searching wordsmith turned vocalist.

“We find ourselves tuning into lots of different bands and artists along the way to expression. They all add elements individually and each artist has a special place along the path to the sound you hear today. We hope you can take a walk in our shoes as we offer you 11 tracks we feel add colour to the picture we paint.”

“Probably the most Epic song I ever heard. Perfect for gazing out of a train window and drifting 1,000 miles away. I’d like to hope that one day I could produce a song that gave somebody the same feeling that I got from this.”

“I actually found out about these guys after Zero 7. You can clearly hear the influences they had on them and this song especially inspired me while working some new tracks. It’s cool how just listening to a producer do something can trigger a whole world of new sounds for you.”

“This is a 100% super fun song… Love the marimbas and whole tropical feel. I also think pigeons are really funny so says it all really.”

“This track changed the way I wrote and played guitar. The interweaving riffs are super cool and the whole indie feel of the song just fills you with energy.”

“Zero 7 never fail to take me to another place. After recording some guitar parts for their new record my obsession reignited for the way they both manage to create this amazing palette of sounds.”

“A song from a very unknown Australia band. It just has that real magical feel about it. Was definitely one of those songs I listened to about 100 times. Not often do I find one of those so for me it’s a real gem.”

“This song is by an artist we both feel brings such a beautiful harmony of sounds and songwriting that has been a part of our journey since the start. Daughter always takes me to a place to reflect – this track has some references to substance use and disconnected fragments the mind will find in dark corners. I think this theme runs through a lot of relationships and she manages to paint the gritty picture beautifully.”

“This song needs no words. The simple blend of sounds gets you straight to the place of pleasure. The guitars you can hear echoing throughout really leaving a haunting impression. Also, worth seeking out the extended versions online… Effortless comfort.

“Love this remix of a classic by Blackstreet. Chet Faker is able to combine old school swagger with some of his funky broken beat sounds and lazy flow.”

“I love this track. It definitely drops a flavour of life that I like to keep present. In my creative world I like to keep an open mind on people and spontaneity. It makes us human. The culture in his music is among all of us growing up in this generation and sometimes it’s nice to have an insight into a side not often portrayed in music.”

“This track has a more indie feel to it with a great groove to keep you moving. It seems to be talking of the point of indecision between different forces pulling you opposite ways. I think we can all relate to that.”

‘Real’ is out now via AWAL/Kobalt. European tour dates below. 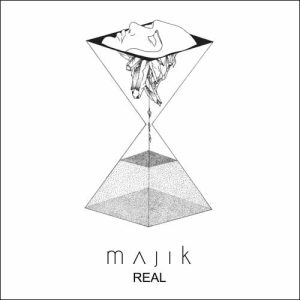