Ask the DJ: Ross Buchanan – Top 10 Tracks That Encapsulate the Tropes of Being a Young Creative in The City

Ross Buchanan is a 22 year-old presenter and DJ for the national radio station, Radio X, home to the Chris Moyles breakfast show, telly’s Vernon Kay and Kaiser Chief’s Ricky Wilson. Broadcasting his shows live from Leicester Square every weekend, Ross knows exactly what it’s like to be at the heart of London’s buzz. These are his ten tracks that encapsulate the excitement and pitfalls of being a young creative in the city.

1. Catfish and The Bottlemen – ‘Soundcheck’

“This is the new track from Catfish. Everything they write is beautiful to me. Van McCann is a guy who taps into the unconventional struggles of being in a relationship when you don’t work a 9 to 5 like the rest of the world. I can relate to that.”

“Someone will play this when you’re pre-drinking this weekend. Guarantee it. It’s important to get your playlist right before a night out in the city cause in my experience, they’re massively hit or miss. You’ve got to set yourself up with great people, great atmosphere and most importantly, great music. Jack Garratt bangs the nail on the head for all three.”

“Because my shows are at the weekend, I spend most of my time going to watch bands during the week. This tune is without a doubt, the best up-and-coming live track I’ve seen in the last six months. SO CATCHY!”

“This album is absolutely gorgeous. I think it can be difficult balancing your work life, your social life and your ‘me time’, especially when you’re self-employed. It’s quite a dark number, but for me… my conception of this track is that it highlights the internal battle of working out whether you want to be around people at that particular moment in time.”

“When you live in the heart of a city that’s as vibrant and multi-cultural as London, there’s never a boring day. But if I’m honest, sometimes I find it a bit overwhelming. Tracks like this one totally clear my head of the city.”

“Same as above. Channel Orange is my holiday jam (marmalade).”

“My parents live in Aberdeen, where I spent most of my teenage years learning to become an adult. Every year, at Christmas, The Xcerts do a home-coming show and attendance is mandatory. If I’m ever homesick and it happens more often than you’d think in a big city, this is the album that takes me back to my youth.”

“Foals are one of my favourite bands. I’m off to watch them play Wembley Arena tonight actually – it’s going to be mad. This track is an ode to the beautiful city of London. It just goes to show that you can tour the world and live the dream but The Big Smoke’s always gonna have your back.”

“Here’s a guy who has grafted harder than anyone I can think of. Over the last 10 years, he’s played over a thousand shows worldwide and fully enjoyed the fruits of his labour. Whenever I feel like this city is getting tough or I’m horrendously hungover from a shameless night of hedonism, I listen to Frank’s Sleep Is For The Week and watch an episode of Spaced.”

“Always have a good sleep playlist in your audio armoury. Being a young creative in the city can sometimes mean that your eight hours a night of beauty sleep is hard to come by. Sometimes it’s just nice to be sung to sleep. Especially by Lapsley.”

Catch Ross on Radio X from 1am on the weekends. 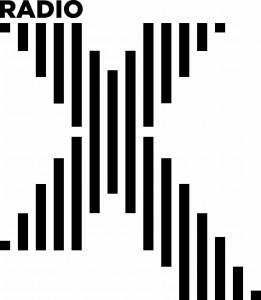