Ask the DJ: Ruth Koleva – Top 10 Boogie Vibes from Around the World That Make You Wish You Were Born in A Different Decade

Ruth Koleva recently dropped the video for her latest single ‘What You Say To A Girl’ – the third single from the Bulgarian singer’s upcoming album, Confidence. Truth, to get a powerful, stark visual treatment.

Directed by Sofia-based film and TV auteur, Vito Bonev, the cinematic short story in ‘What You Say To A Girl’ follows the troubled relationship of an abusive couple (Anastassiya Lyutova and Anastas Georgiev) at their worst behaviour. Watch it HERE.

Kovela is now busy working on her next videos and planning the European and Asian dates for her upcoming tour. In the meantime, check out her Top 10 Boogie Vibes from Around the World That Make You Wish You Were Born in A Different Decade.

“Imagine this – the sexual revolution is at its peak and THIS tune comes out, breaking boundaries and stereotypes from the female perspective.”

“This is one of the most ‘liberating’ tracks I can think of. I can only imagine what would be if I was playing this in my house on a turntable is a communist Bulgaria in 1980.”

“So, all the artists now-a-day that make millions on top of ‘He left me for another person’ theme, could only look out to how it was done for real back in 1984.”

“Something I am proud of – this orchestra were a bunch of slick guys, who managed to trick the communist censorship that this is not ‘western music’, they have a few albums out – great stuff in times when you could get arrested for a rock LP in your house. I sometimes think someone in government was secretly a fan, since they managed to get Ray Charles over for a concert in the late ‘70s being the first American artist to play in the country.”

“Asking the real questions since ’71.”

“Is it possible to re-create the energy of these musicians now-a-days? Frankly – no.”

“The cover of this album says so much, I honestly don’t know what to write. This guy invented hipster back in ’75.”

“When we talk Eastern Europe. Jazz was a thing starting as early as the ‘60s (even ‘50s). Not a big avant-garde fan myself, but this quintet is simply amazing.”

“OK, Millie Ripperton from Poland – it’s hard for me to pronounce her name, but her voice gives me chills.”

“This track got a booming 2016 success as part of Narcos’ soundtrack, but I’d rather be in ’78 with my Soul Train clothes dancing the night away.”

Confidence. Truth is out on March 30th. 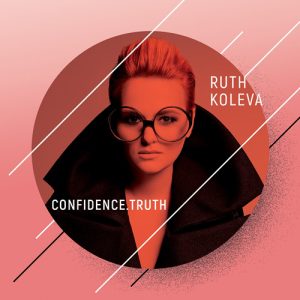