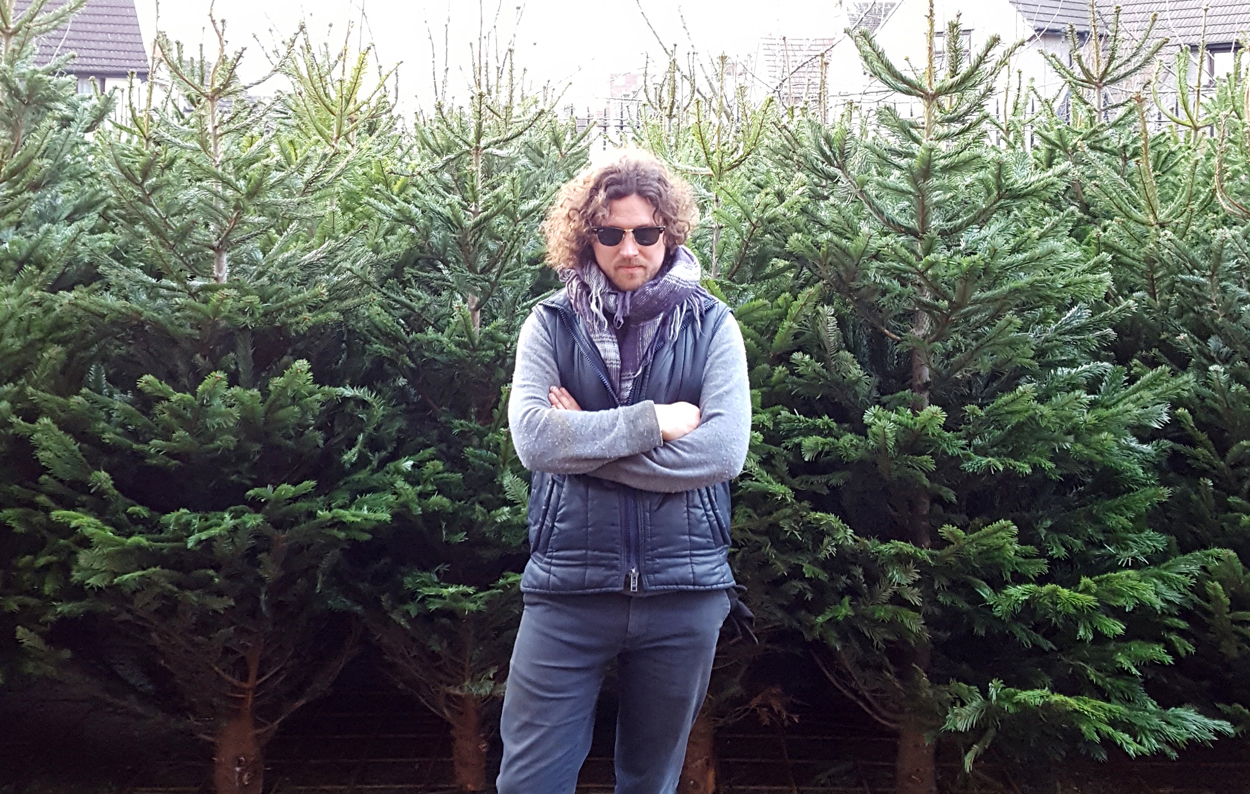 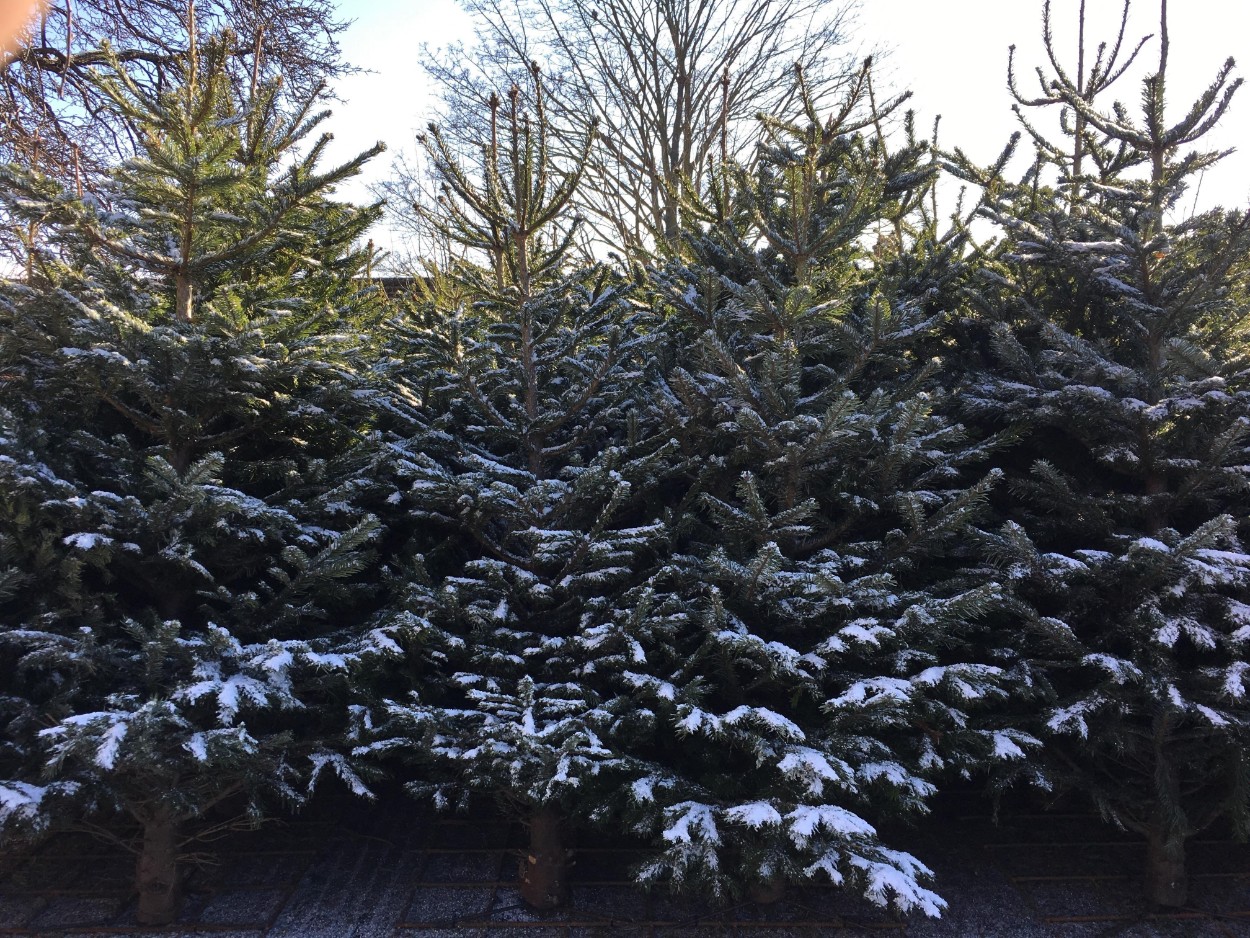 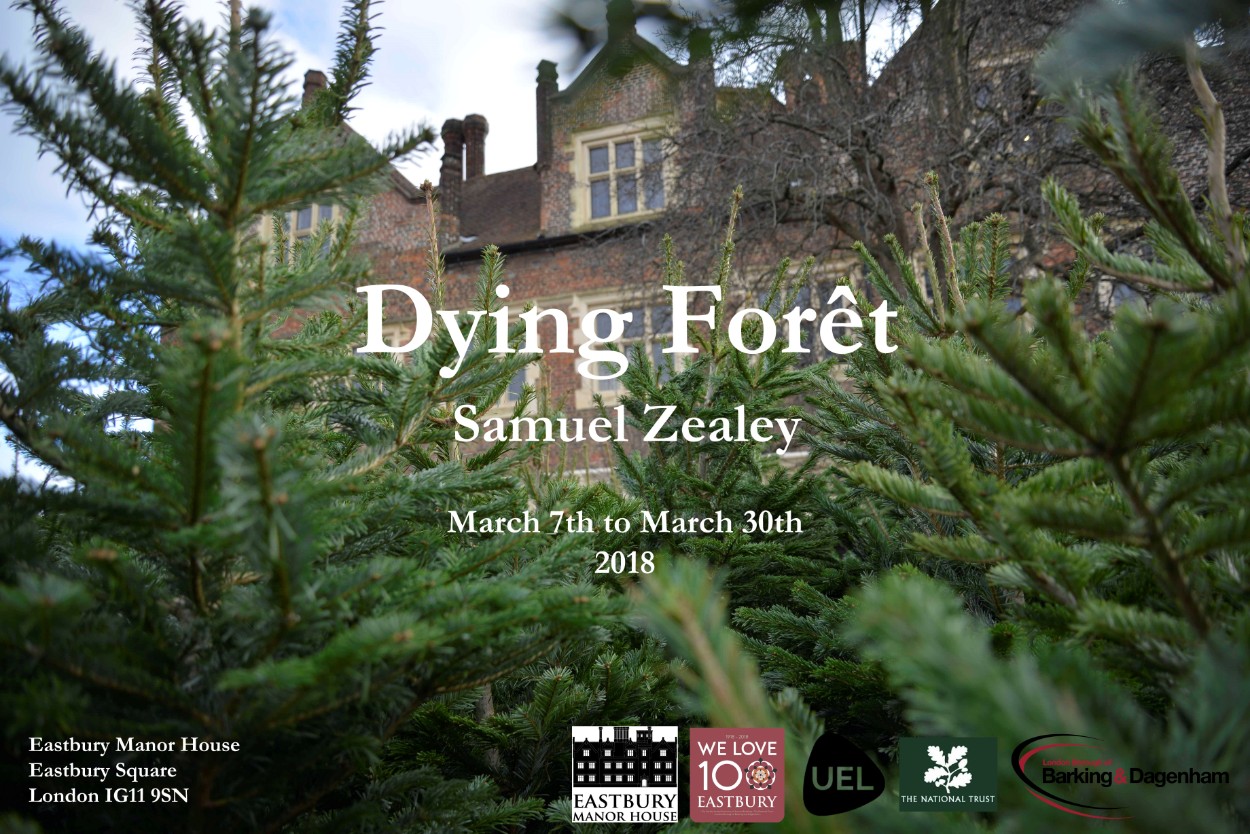 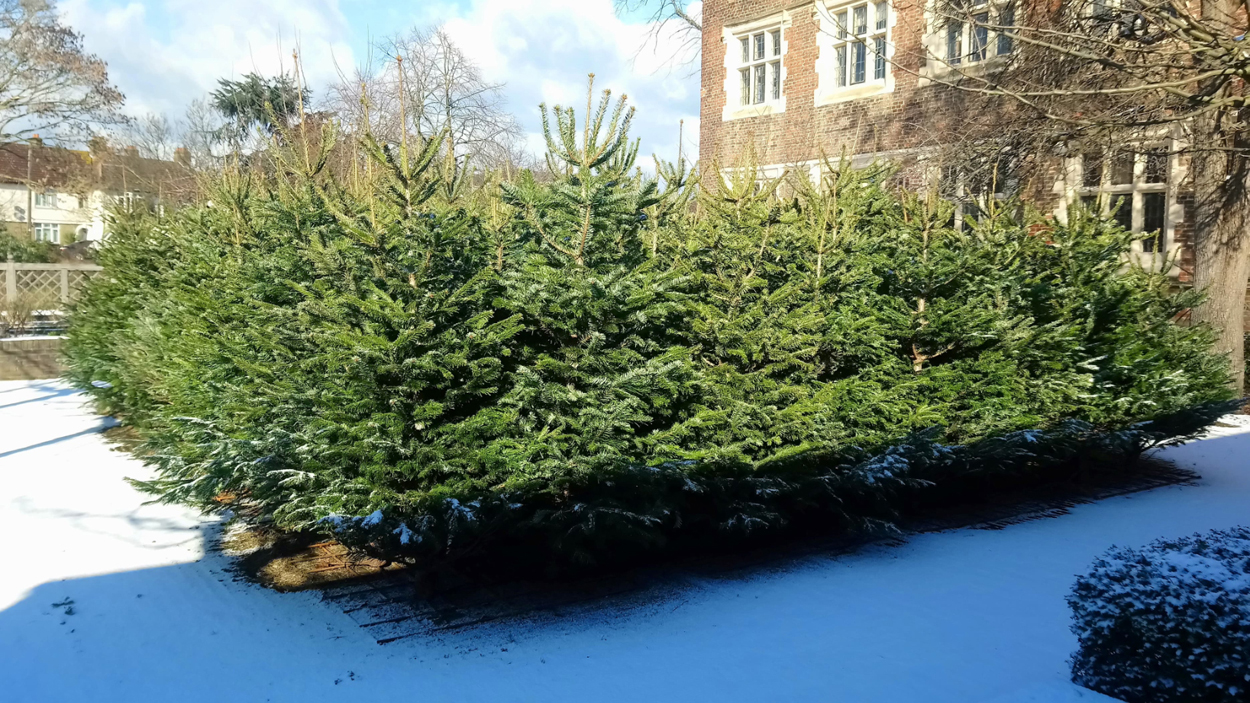 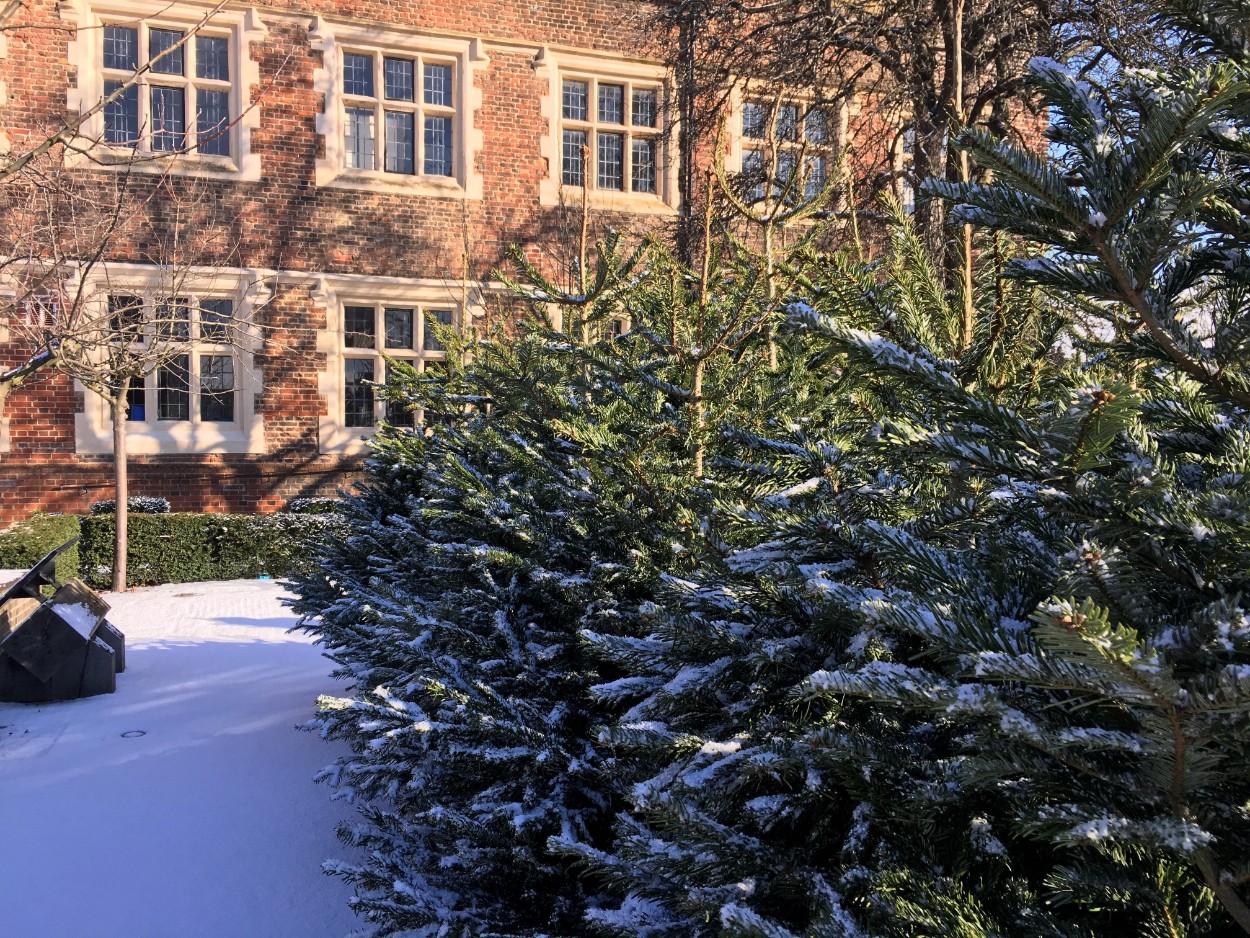 Samuel Zealey is set to launch his latest exhibition, Dying Forêt, at Eastbury Manor House on March 7th, an old stately home on the outskirts of East London, built by Clement Sysley during the reign of Queen Elizabeth I.

Dying Forêt, or Dying Forest, is an immersive installation comprised of abandoned Christmas trees, salvaged post-festive season from the local borough’s streets; brought together into a space and positioned standing up in generic Christmas tree stands to replicate a forest, a Dying Forest.

Zealey formed the concept for Dying Forêt back in 2013, after taking pictures of discarded Christmas trees which landed littered and discarded around the West London borough he used to live. Taking to social media, Zealey solicited the help of a wider audience to contribute their pictures of trees in and around London. The response was overwhelming – he received thousands of images of discarded trees, thus confirming the interactive nature and communal spirit of the project that became Dying Forêt. 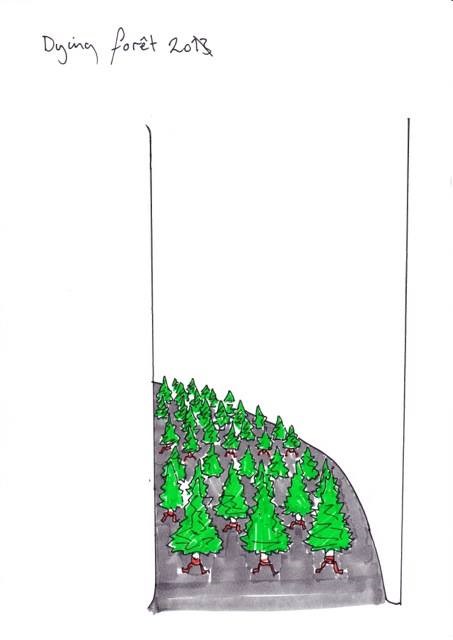 “As an artist I am very conscious of the way in which humanity imposes itself upon the world in positive ways, but also in more sinister and negative ways at times, particularly with our relationship to nature” explains Zealey. “With Dying Forêt, I aim to highlight the destruction of nature caused by humanity by engaging the audience in an immersive experience, which emulates, on a small-scale, the equivalent of the effect we as a population are having upon this planet.

“When reading about current topics, such as consumption and waste or climate change, one can very much separate or absolve themselves from blame or responsibility. With this show, I wish to create a very tangible and visceral installation, which will force visitors to really acknowledge the consequences of human activity on the well-being of nature.”

Dying Forêt will emulate, at first sight, a thriving forest, the scent reminiscent of the holiday just past, sparking a nostalgic feeling of youth and a happy time with family around the Christmas tree. Yet, walking deeper into the exhibition, the warm feeling is replaced by confusion, with the awareness of browning branches and left-over tinsel. Squeezing between the trees, needles drop, along with the realisation that the trees are dead and forgotten. A mass grave of formerly living things, killed for short-lived human entertainment.

Post-exhibition, Dying Forêt will become Compact Forêt as the pulped remains of the trees are cast into a totem pole, column-like form. The first piece will be transformed from a dense forest of 100 trees to a compact structure where the multiple becomes one. The Compact Forêt sculpture will be the works evolution, and is Zealey’s proposal for the Art Night Open, remarking on the important ideas around recycling that should be taken seriously within cities such as London.

Dying Forêt is one of four exhibitions – including Linger On (by Farah Ishaq, Simona Pesce and Eve Zakharov), A Memory of Place and {This Must Be the Place} – launching at Eastbury Manor House on March 7th, and running concurrently until March 30th.