Having emerged on the music scene following her collaboration with Nathan Barato – on their Top 40 Track, ‘Talk On’ – Sasha quickly gained support from industry tastemakers such as Rinse FM, BBC Radio 1’s Pete Tong and Kiss Radio. The singer/songwriter, Hoxton Radio DJ and Saxophonist is now a prominent staple on the DJ scene, playing at events such as Secret Garden Party, London Fashion Week, World Record Store Day and Somerset House.

Listen to ‘Model Behaviour’ HERE, then check out her Top 10 Tunes to Make You Vibey.

“This tune is effortlessly cool. That falsetto vocal and that electric guitar, Mmmm. There are so many elements to this record and I love the way the different vocals dip in and out. This song never fails to get people in the mood.”

“This record was released in 2014 off ODESZA’s album, No Return, and was then nominated for a Grammy Award for Best Remixed Recording, Non-Classical, so it’s no surprise that it’s in my Top 10. It’s bright and super melodic but still has that very cool underground feel. Basically, it bangs!”

“My mate Griff introduced me to this one. Pure vibes. I love the way they’ve chopped up the vocals. It has such a groove to it and I’m not going to lie, I potentially like it more than the original. That vocal breakdown in the middle and that falsetto (can I say mmmmmm again?!) Satisfied.”

“So, this record was released off the label Dirtybird in 2014 and it’s a Deep House killer! I’m so obsessed with that beginning vocal line. Sometimes I just loop that on repeat. You can’t help but get vibey with those kinda lyrics: ‘And every booty go’n drop like Damnnnnnn’.”

“Okkkk so I know I shouldn’t include my own track in this (oops) butttt Charlie Lane is just such an awesome remixer! It was a pretty monumental moment for me when I heard Charlie Lane’s remix of my debut single, ‘Parallel’ being played on Kiss Radio. I was sat in a hotel room in Romania getting ready for Electric Castle festival and suddenly this came on Justin Wilke’s Friday night show. Now I always get that festival feeling when I hear this record!”

“This track received its debut airplay with Mistajam on Radio 1 in 2014 and then went on to be Radio 1’s ‘Track of the Day’. The boys had started dance music YouTube channel, Eton Messy, in Bristol before creating Blonde and I was at Bristol uni at the time, so we were the first to feel the effects of the waves they were creating just before their tidal success!”

“Having become a byword for quality house music, it’s hardly a surprise that Camelphat dropped the biggest dance record of 2017. Elderbrook’s smooth vocals and sexy topline just glide over the top of the beat. This tune is totally addictive.”

“How hot are these Latin-influenced piano riffs? Everything about this track is just Mmmm (last time I promise). Cabello owns this record.”

“‘No thanks, I don’t feel like dancing’ is just not an expression you can associate with this record and is definitely not an option. Even if you don’t want to dance, your body does. This is your dance anthem. Period.”

“This record was released off Eton Messy in 2014, which is probably where I first discovered it. It’s got that effortlessly cool vibe which makes you fall for it. Damn.” 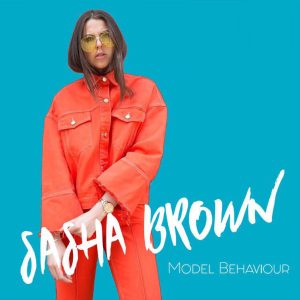