Ask the DJ: Steve Adey – 10 Tracks I Chose to Cover For My Latest Album, Do Me A Kindness

This week sees the release of Steve Adey‘s third studio album, Do Me A Kindness. His follow-up to critically acclaimed The Tower of Silence is made up of nine cover songs plus an adaptation of a poem by Hermann Hesse.

Do Me A Kindness was recorded in a 19th century Edinburgh church, with further tracking and mixing at Steve’s home studio utilising mostly vintage equipment. “I entered the studio (actually a church building) with 18-20 ideas, unformed and embryonic: it’s the same approach I’ve used for a while whereby the record takes on its own trajectory. We tried many variations of the songs and numerous musicians, mostly playing together in the room with warts and all.”

No computers were used during the recording and mixing process. “I don’t want to be the guy who strums along to the song book doing a karaoke version. How could I turn these songs inside out – but still retain the core of what makes them great!? I think it was (Brian) Eno that said “In art you can crash a plane and walk away, ” laughs Adey… “I don’t know, it felt personal, you know, which is ironic.”

Here’s all 10 songs by the original artists…

1. Rickie Lee Jones – ‘The Unsigned Painting’
“I was really into her earlier records, especially Pirates and The Magazine. On ‘The Unsigned Painting’, there is great imagery and a sense of foreboding, which I was drawn to. I decided to go with the opening lines as I felt that the whole narrative was too autobiographical.”

2. David Bowie – ‘Sense of Doubt’
“David Bowie records were played in the house when I was a kid. The three records that he made in Berlin with Brian Eno were very influential. ‘Sense of Doubt’ was taken from the second side, Heroes, which is mostly instrumental.  I stayed close to the original melody, but everything else was freeform and ‘could go anywhere’. We had a lot of fun musically.”

3. PJ Harvey – ‘The Devil’
“The Devil is the opening song from White Chalk. It’s a beautifully arranged and produced record, very coherent and best listened to from start to finish. I think that’s something that we’re all trying to achieve when making a record. You want to capture someone’s imagination for a little while and have the listener completely immersed.”

4. Morrissey – ‘Everyday Is Like Sunday’
“I wanted to play on the irony. Its an iconic pop song, so I was more interested in a juxtaposition and slowing it down exposing the words more. It wasn’t a novelty piece or some peripheral vision. The more I worked on it the more desolate it became.”

5. Mary Margaret O’Hara – ‘To Cry About’
“I titled one of the songs from my first record ‘Mary Margaret O’Hara’. It was her voice that totally blew me away initially, but then the songs have a long lasting impression, too. It’s a tragic love song…”There’s no you in my hereafter.””

6. Nick Cave & The Bad Seeds – ‘God Is In the House’
“The song is so punctiliously written. I wouldn’t attempt to do a piano-vocal version, so I focused on the harmonium and really wanted to get the vocal delivery right. I asked the singers to sing along like they were part of a congregation. Helena (MacGilp) did some really nice vocals as well, which we recorded from the spire of the studio/church building – it’s where we get the long ghostly reverb.”

7. Bob Dylan – ‘ I Want You’
“What I take from Dylan’s music for the most part is the songwriting, especially the lyrics. In the studio, we had this ’70s organ with a built-in rhythm machine – we had fun with that. The challenge was to make it work sonically with the songs alongside it.”

8. Portishead – ‘Over’
“They create these huge soundscapes which are almost filmic. I was thinking more about atmospherics and processing but still wanted to keep the song at the forefront.  Furthermore – I didn’t want to stay too close to the original version, so it felt more experimental and deranged.”

9. Low – ‘Murderer’
“They sometimes do nothing and it sounds perfect. I liked the initial rough version we recorded with only two mics. There was something about the middle section especially – I think it had the right feel and the playing just about hangs together.”

1o. Smog – ‘River Guard’
“Bill Callahan’s music is really stripped back and he does that brilliantly. Everything has to have its place, there has to be a reason for adding anything. What I wanted to do was to make something that was more ornamental. It’s a word that I wouldn’t normally use to describe the music that I make, although in this case I wanted push the arrangement and have it more orchestrated. A good way to end the record.”

Steve Adey’s Do Me A Kindness is out on August 4th via Grand Harmonium Records.

You can listen to all Ask the DJ playlists on the FMS Magazine Spotify channel. Find Steve Adey’s playlist HERE. 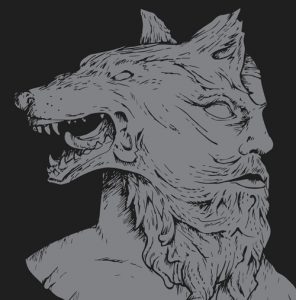