Ask the DJ: The Franklys – 10 Tracks from Artists That Inspired Our Band

Signed to Hälta Hälta Records, and completed by Jennifer Ahlkvist (vocals/guitar), Fanny Broberg (guitar), Zoë Biggs (bass) and Lexi Clark (drums), The Franklys released the frantic and blistering ‘Castaway’ – the first single from their forthcoming debut album – just last month. “We have finally managed to transfer how we sound live on to a record. We have worked with plenty of different engineers and producers in the past, but no one has really been able to capture the rawness from our live show.”

Recorded and mixed with producer, Sean Douglas, the result promises to be thrillingly clear and direct – a combination of frenetic garage rock with heavy and psychedelic overtones, á la Led Zeppelin-Blondie-Strokes-QOTSA-punk-pop-rock-madness.

Check out the top 10 tracks from artists that inspired their band.

“Metric are one of my favourite bands on earth. I always feel inspired listening to them and quite often stick Metric tunes on in the van when we’re touring.” ~ Lexi

“This one’s all about the vocals for me. Since I was a wee lass I have always thought Le Tigre were the coolest. Jen and I are both fans of Le Tigre and I actually think Jen has a similar vocal style to Kathleen’s.” ~ Lexi

“Karen O has always been a huge inspiration of mine. She’s just a super cool front woman with so much charisma and this song in particular always makes me want to get up and dance and scream my head off.” ~ Jen

“My favourite song by my favourite band. Mando Diao were probably the main reason why I wanted to start playing music, and they’re still my biggest inspiration to date. I was so obsessed with this song when I was a teenager I had it tattooed on my arm in my own hand writing. Listening to it now takes me back to when I was 15 and started to learn guitar. I remember I played the guitar riff constantly for months, trying to learn it, which drove my sister and the rest of my family up the walls.” ~ Jen

“I only got into the Zep properly a few years ago. A live version of ‘Whole Lotta Love’ got me completely hooked and I was listening to it nonstop for weeks. At my next singing session, I walked up to my vocal coach and said: Teach me to sing like Robert Plant. Let’s just say, we’re still working on it…” ~ Jen

“Well, when I’m the DJ in the tour van this song will be on the list for sure. I just think it is such a well written song – I especially like how each individual instrument is clear and takes space in this song. It’s so 80’s and so good!” ~ Fanny

“Favourite Strokes song of all time. It gives out so much feeling, actually, not even necessarily a good one, don’t know how to explain it but it almost makes you feel a bit uncomfortable. And good at the same time. But that’s what music is about isn’t it, make the listener feel SOMETHING.” ~ Fanny

8. Simon and Garfunkel – ‘Sound of Silence’

“Fucking voices of angels these guys have! Absolute quality musicians, the song version I have sounds live recorded – not perfect, a bit out of time but beautiful and real.” ~ Fanny

9. The Long Blondes – ‘Once And Never Again’

“I first heard this song on one of those free CDs NME used to give away back in the day, and it was one of those ‘what is that, I need more!’ moments. I loved how sharp and observational the lyrics were on any Long Blondes song, and it’s a big regret that I never got to see them live.” ~ Zoe

“This was a song I used to listen to every (and I mean every) Saturday morning as a kid, and probably drove my parents mad blaring it out on my little tape player! I have a big love for Blondie, and it’s hard to favour some of their songs over others but the pure nostalgia this brings, and the bloody amazing drums on this track, puts this above the rest for me.” ~ Zoe

The Franklys’ debut album is out in early 2017. ‘Castaway’ is out now. 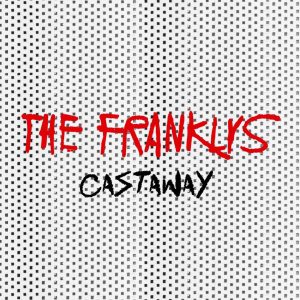