This week’s playlist was created by Cardiff indie-rockers, Tibet, renowned for their raucous brand of pumped up melodic pop.

The band recently release their double EP, Above The Moon, on limited edition vinyl, via both Alcopop! and the band’s very own label Rat Trap Recordings, along with single, ‘I’ll Put You In My Pocket’, a live favourite recorded with James Kenosha, producer of cult-hit albums by Dinosaur Pile Up and Pulled Apart By Horses.

Tibet are set to play ‘On The Pitch’ in Cardiff on July 16th, with Kaiser Chiefs, Everything Everything and Dizzee Rascal, and have put together a top 10 of their favourite performances on Later… with Jools Holland. Check it out.

“This is arguably the best performance ever on Jools. The song has so many vibes and much contrast it is both confusing and truly spiritual. Not sure what Thom’s glasses are about though.”

“We all love a bitta Jack White don’t we? His hair is exceptional here, nor good or bad. Only Jack can make an organ sound that dirty too.”

“This was the first time we actually came across Tame Impala. ‘Elephant’ was the most exciting thing I’d heard in years. That stomping crunchy guitar and prolonged middle 8 and the lack of an actual defined chorus broke down many pre-conceptions of what modern guitar music should be like.”

“Possibly the coolest guys in rock n’ roll back in the early 2000’s. ‘Red Morning Light’ doesn’t shy away from its roots, and nor did that band’s appearance back then, straight out of the 70s, to the point, blues-rock, and timeless songwriting.”

“This stopped us in our many steps of the journey that is life. Lorde’s voice is captivating; she is a modern poet/pop star. Unconventional, honest and original.”

“He’s so old and so wise, what’s not to love. He plays a guitar with one string, its cool.”

“Never heard this guy before, his voice blew me away. Not many modern musicians can tell a story like he can. Strong beard too.” (We couldn’t find the Jools Holland performance, but check this out.)

“Although Jake has recently lost his mind, this performance was pure and raw. Also, being around a similar age and in the same musical world I was very intrigued. ‘Lightning Bolt’ is rather big.”

“This song was so immediate, the minute it finished we bought tickets to the see them in Clwb Ifor Bach in Cardiff. It’s so damn catchy and upbeat, everyone’s so flipping miserable these days, get over yourself musicians, we’re all depressed, DEAL WITH IT. What is the meaning of life?”

“We just find Kanye West hilarious. A genius but he knows it, but it’s all so funny. Don’t take him so seriously. WHY SO SERIOUS. ‘Bound 2’s production value is off the scale too.”

Double EP Above The Moon is out now. 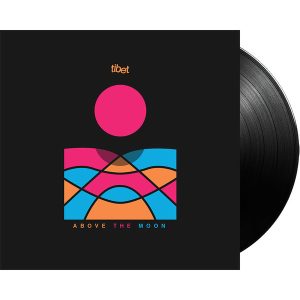