Whilst grime has enjoyed a great resurgence in commercial success in recent years, UK hip hop has remained somewhat in the background. This is a place it has grown accustomed to residing, despite moments of genuine mainstream and critical recognition for the likes of Roots Manuva, Blak Twang and Akala. In spite of this lack of recognition, UK hip hop has long remained a source of great creativity, from the political work of Low Life record label head Braintax, to the street poetry of Klashnekoff and Terra Firma, via the eccentricity of Foreign Beggars.

One label who has continued to push the boundaries of UK Hip Hop in recent years is High Focus. The label is home to Contact Play, the group that has launched the careers of key figures in the scene, Jam Baxter, Dirty Dike and Edward Scissortongue, a.k.a Thomas Hawkins. Hawkin’s solo work, starting with 2012 debut Better.Luck.Next.Life, has continually challenged expectations of UK hip hop, utilising his staggering wordplay to explore key elements of humanity, like life, death, pain and suffering.

Tell Them It’s Winter (or TTIW) sees Ed return with his second full length LP and fourth solo release; a dark, uncompromising project that is more abstract and left field than anything he has worked on before. Hawkins is capable of evoking such emotion and imagery with his songwriting and has a delivery that is as much poet or spoken word artist as it is MC, bringing to mind UK contemporary Akala and American artists like Immortal Technique.

At the core of TTIW are the themes of life and love. These ideas are explored through a combination of otherworldly imagery and gritty realism, filtered through a drug addled haze. Drawing the line between Ed’s self-reflection (‘Hyperballad’) and evocative storytelling (‘Light Round Here’) can be difficult, as his intricate wordplay becomes entrancing, drawing you into the world he creates. Lead single ‘TTIW’ for example, characterises life’s hardships as an arduous journey through an uncompromising landscape, accompanied by the black and white imagery of its video.

Recurring themes of winter and nature run throughout the album, but other tracks such as ‘Detours’ are very much grounded in the decay of urban living, with harrowing tales of hardship, prostitution and drug abuse. Amidst this darkness it is almost shocking that love is a recurring theme, but in the context of tracks such as ‘Week’ and its exploration of the daily struggles of sustaining a relationship, it seems to make sense. There are only rare glimpses of the happiness and joy that love is meant to evoke, with flashes in ‘Many Made One’ a rarity.

This graphic lyricism is complemented by the multi-instrumental production of long term collaborator and Glasgow based Lamplighter. His music combines elements of classical, electronica, post-punk and hip hop, creating cinematic music that has the ambition and vision of a film score. Expansive but at the same time introspective, haunting and fraught with tension, the music is the perfect companion for the lyrics and delivery of Ed. They are quickly establishing themselves as one of the most experimental and creative duos in UK hip hop, past and present.

TTIW is at times a harrowing listen, but it is filled with intelligent wordplay and beguiling production that sets it apart as one of the most ambitious and brilliantly executed albums you will hear this year.

Tour details are due to be unveiled shortly. 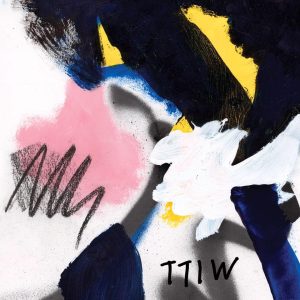