Ask the DJ: Tora – Top 10 Most Played Tracks on Our European Tour Bus

Australia’s Byron Bay electronic four-piece, Tora, have just dropped the second cut from their upcoming debut album, Take A Rest, set for release on June 9th. We’re loving the lush, layered sounds of ‘Another Case’, which they will perform live on their Australian album tour this June before heading to Europe and the UK, with a London date at The Lexington on October 9th, followed by a gig at Brighton’s Hope And Ruin on the 10th.

“Most of the songs on the album have been written over the last 2-3 years and were influenced by experiences we had whilst touring the world, resulting in quite a broad sound,” explains singer, Jo Loewenthal. “We borrowed a few synths from friends, and we recorded a lot of organic sounds in the cactus garden at Jai’s house, where a lot of the songs were produced. Some of the songs have flies, bamboo creaking in the wind, washing machines and even the sound of us scraping and hitting cactuses with rakes.”

Produced and mixed by the band in the idyllic surrounds of Byron Bay, before being mastered by Grammy nominated Engineer Andrei Eremin (WAFIA, Chet Faker & Hiatus Kaiyote), ‘Another Case’ follows on from the intricate first single ‘Amsterdam’ – a track which traverses from pocket grooves and bass-driven beats to soaring vocals.

As for their FMS playlist, “We’ve chosen the top 10 most played songs from our travels around the world over the last couple of years,” says Loewenthal. “We didn’t have a driver, so the music choice was always changing depending on who was at the wheel.”

“Steady paced, a nice balance sitting somewhere between Upbeat and Downtempo, layered smoothly with interesting production sounds and catchy vocals, this song gives me a strange sense of nostalgia.”

“This was one that would often come on during the overnight drives, such a feel good song that keeps you feeling lively and awake.”

“This song is just obviously an outright banger, I remember the first week that album dropped it was on repeat in the tour bus. Lots of interesting sounds in there, outrageously good flow in the lyrics and an irresistible bass line.”

“A masterpiece in many respects, that distinguishable Tame Impala sounds, punchy distorted drums and psychedelic production from Kevin Parker, thick and lush full of synths and master effects. At the point where you feel the song is getting to its end you realise that you are only half way and it morphs and warps into an equally as exciting second half which is in its own realm altogether. I guess he just ‘let it happen’.”

“We all love Alt J, their originality is admirable and they really don’t seem to worry too much about what anyone else thinks. This song really draws you in as there is so much anticipation in the first half, you’re left wondering what’s going to happen, then the classic Alt J sounding snare drum and percussive sounds kick in with the synths and it makes you feel like you’re in a trance.”

“We were at a festival in Holland called Best Kept Secret, tripping off our heads on magic truffles. We stumbled into a crowd listening to this band who we’d never heard of before. This was the first song I heard them play, it stuck so strongly in my mind. At the time, I was basically on another planet so my mind was painting beautiful pictures on the back of my closed eyelids, soon after that festival this song was in the daily favourites on the tour bus.”

“I can’t really imagine anyone not liking this song, it’s just so perfect in its simplicity, so much groove and feeling in every layer. Pure honesty in his words, although they are sad they do not feel morbid, he says it with such sincerity.”

“Smooth house beat, catchy vocal, easy on the ears. This is another song that gives me nostalgic summer feelings.”

“An ear massage, lots of pleasing noises mixed together, very enjoyable to listen to. Longish intro and outro which is nice because the whole song feels balanced. Just Listen!”

“Emma Louise gets inside your head with her soothing voice which sails over the top of the lush atmospheric ocean of sounds created by Flight Facilities. Energetic enough to keep the drive awake but still relaxing and suitable for all occasions.”

‘Another Case’ is out now. Take A Rest is out on June 9th via Lustre. Pre Order HERE. 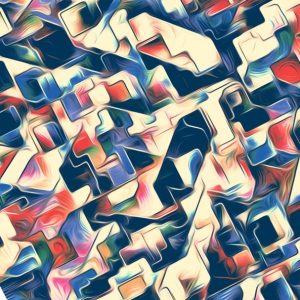