Maarten Devoldere normally shares front man duties in acclaimed rock band Balthazar, and has kept his Warhaus persona well under the radar until now. But with a debut album on the horizon – We Fucked A Flame Into Being, out on September 2nd via Play It Again Sam – and first single, ‘The Good Lie‘, out now, he’s ready to reveal his darkly esoteric, lyrical universe. The album title is a direct quote from the DH Lawrence novel, Lady Chatterley’s Lover, and was “too good to pass on!” according to the artist, but a fitting title for a collection of songs that explore the shadowy inscrutability of human encounters, reveling in all the decadence and intensity that life offers.

“Belgium often gets looked over in terms of musical talent,” says Delvodere of his playlist, “but I assure you that there’s a vibrant independent scene waiting to be discovered. Hopefully you’ll enjoy this playlist of hot Belgian artists I’m currently into.” Check it out.

3. Robbing Millions – ‘8 Is The Figure That I Like The Most’

Londoners can see Warhaus live at The Lexington, this Wednesday 22nd June, as part of the new [PIAS] Nites. More on that HERE.

We Fucked A Flame Into Being, is out on September 2nd via Play It Again Sam. 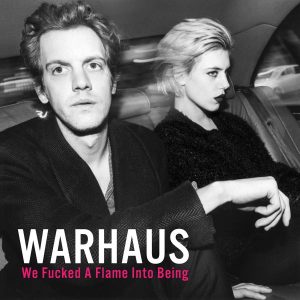