Formed in Byron Bay, Australia in 2013, electro-indie quartet Tora release their debut album this week. Take a Rest was written and recorded over a three year period and is packed with rich grooves, thick percussion lines and ambient keys that combine for smooth R&B influenced electronica. Tora’s music is delivered with a real sheen, taking a range of influences and smoothing the edges of each to form an effortlessly modern and polished sound that could soundtrack summer parties, corporate events and fashion shows alike.

The vocals of lead singer Jo Loewenthal are knowingly understated and have moments of both beguiling falsetto, folksy inflection and emotional depth. This combines with the bands glitchy drum patterns and the product sits somewhere between the understated mastery of James Blake and the songwriting of SOHN with clear pop sensibilities running through the music . ‘Too Little’ is a great example of Tora’s capacity for variety even within the relative stylistic confines they inhabit, mixing up instrumentation and tempos to reflect their wide reaching influences. ‘Too Much’ is driven by cracking samples and piano lines and latest single ‘Empyrean’ is a house inspired track. Loewenthal credits their travels around the world for the broad sound on the album. In the process, Tora continue to prove that electronica doesn’t have to impact musicality.

Throughout, the band – completed by Thorne Davis (drums), Shaun Johnston (bass), Jai Piccone (guitar and vocals) and Tobias Tunis-Plant (vocals and synths) – demonstrate their capacity for songwriting, simple and refrained but equally sweet and endearing on ‘Love Life’, embittered on ‘Blame’ and reflective on ‘Too Far’. First single ‘Amsterdam’ also manages to showcase their storytelling abilities. This narrative of emotive experiences and relationships pulls through the record and adds a loose yet cohesive backbone to the album that makes it feel a more considered listening experience.

There are also a number of guest vocalists on the album. Sam Lawrence features on ‘Dope’ and Merryn Jeann on ‘Entity’. ‘Entity’ in particular adapts the Tora sound, with its acoustic opening contrasting with the eighties groove of ‘Dope’. The guest vocalists seem perfectly at home on the record and hint at Tora’s potential for production for both themselves and other artists. This adaptability and musical range doesn’t mean there isn’t scope for more and greater evolution in sound to come. However, rather than being a criticism this is a really exciting prospect.

The broad influences Tora do explore on Take a Rest are often diluted and refined to fit the band’s clear vision for their sound. The result is a highly polished production standard, which borrows from a number of genres, and this approach so often garners mainstream attention. Tora have already had success on this front, particularly in their home country, but the tracks on this record seem to lack some of the immediate impact that defines many crossover successes, such as the killer chorus to plant itself in the minds of the masses. Nonetheless, the band manage to remain effortlessly modern and current, and Take a Rest is a gloriously understated record packed with musicality and ideas. The potential for growth is also clear and alongside KLLO the band prove the Australian electronic scene is in rude health and prime for mainstream crossover success without abandoning their stylistic vision.

Take a Rest, produced and mixed by the band and mastered by Andrei Eremin (Chet Faker and Haitus Kaiyote), is out now via Lustre.

Tora also have some upcoming European tour dates, dates below and tickets on sale HERE. 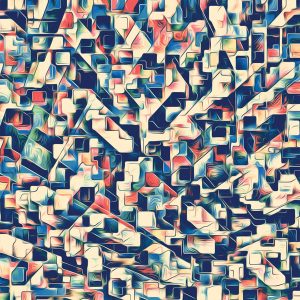