Ulrika Spacek have just released their sophomore album, Modern English Decoration, which strikes a balance between the art influenced underground and a psych-inspired jam session, with the result a hypnotic release that proves that the DIY scene is alive and well in London.

The London based quintet only dropped their debut, The Album Paranoia, last year and in a testament to their creativity immediately started recording their second album, which is released a mere 18 months later. Each album was recorded and produced in the band’s home studio, KEN, in Homerton, East London, a former Victorian home and art gallery. These influences are clear in Ulrika Spacek’s work on Modern English Decoration, which plays as a natural successor to their debut, a continued evolution of sound, rather than a bold change of direction.

The band have an open and expansive style, allowing the music space to breath and evolve, not condensing it into a three minute pop format, without feeling the need to force stylistic or tempo switch ups for the mere sake of it. The album is defined by its simplicity, no drum patterns are too intricate or guitar work too expansive.

Sonically, with three guitarists in the band, their tight interplay dominates the record right from the outset with opening track and single ‘Mimi Pretends’ defined by the musical relationship between Rhys Edwards (lead singer), Rhys Williams and Joseph Stone (keyboardist). Across the album the result is part playful and wistful and part dense, reverb heavy and is at times enthralling. Much of the band have played together in various guises since 2002, when many of the band lived in Reading, and this long standing relationship is clear in their work together.

Whilst the guitar work of the album is central, Modern English Decoration is underpinned by the thick basslines of Ben White and the drum patterns of Callum Brown. The rhythm section adds depth and variety to the album where the band otherwise allows guitar riffs to play out for as long as desired. The production value and layering on the album, as exemplified on ‘Silvertonic’, allows for this exploration of time and space without it, for the most part, becoming self indulgent. Stylistically this is a nod to the band’s art inspired tendencies, with their previously self curated Oysterland nights and live performances accompanied by art installations.

There are touches of 90’s alt (‘Dead Museum’) with the growling basslines of White contrasting with the echoey vocals of Edwards, which are placed deep in the music rather than sitting above it, as much a part of the instrumentation as any other part of the band. Elsewhere, there are lighter fuzzier moments on ‘Ziggy’ as the band show their tendency to melody. Influences including Deerhunter and Sonic Youth are clear, whilst their lighter moments could be an art rock version of college rock proponents such as Cloud Nothings. Indeed, the band have talked positively about their enjoyment of college rock based art and their desire to create music in the same way (as well as their respect for the album format).

Lyrically this is an album defined by self awareness and the anxieties of modern life. The lyrics are often impressionistic and abstract, rather than demonstrative. The delivery of ‘Saw A Habit Forming’ is tinged with an almost nervous quiver, complemented by the industrial urgency of the guitar work which closes the track. Song names such as ‘Victorian Acid’ and ‘Protestant Work Slump’ continues to demonstrate the driving ideals behind the music and the sense of concern which pervades their work.

Ulrika Spacek’s second album therefore toys with the idea of being a psych inspired jam session but maintains a nice sense of direction and purpose throughout. This album does not redefine the band nor is it likely to significantly expand their fan base. However, it is a sign of their fervent creativity that they have released such a strong follow up in a relatively short space of time. The band will no doubt continue to build on their strong live reputation and it will be interesting to see how the band evolves over time. For now they have delivered a strong album that rewards each new listen with more and more subtleties and layers to the record being unveiled.

Modern English Decoration is out now via Tough Love Records. Stream it in full HERE.

The band continue their national tour this month, dates below. 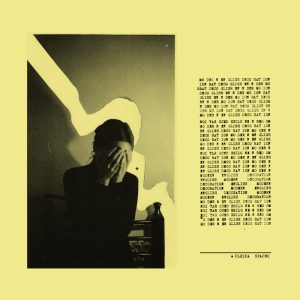