Canadian three piece, Bleeker, have released their latest single, ‘Where’s Your Money’; a catchy slice of mainstream leaning alternative rock taken from their self-titled debut EP. The band have also announced that the EP is to be given a special 7” UK vinyl release later this month.

‘Where’s Your Money’ opens with a powerful guitar riff and thumping drums that brings to mind Queens of the Stone Age in their pomp, whilst lead vocalist Taylor Perkins sneers and snarls his way through the track, before unleashing his startling falsetto delivery in the chorus. This provides the perfect insight into the ‘Bleeker’ blueprint; loud, alt-inspired rock with a strong pop sensibility.

Elsewhere on the EP, there are touches of blues (‘Highway’), post-grunge (‘Erase You’) and the subtler, piano-led ‘I’m Not Laughing Now’ even brings to mind Fun and Scissor Sisters. Throughout, Perkins sounds controlled and assured, given space to demonstrate his strong vocal range and versatility. In spite of the range of influences shown across the record’s five songs, there is a still a sense of cohesion, bound by crunching riffs and soaring choruses, with a strong sense of melody and mainstream potential.

There is also an enthralling directness to the bands sound and songwriting, which is backed by a great sense of ambition and confidence, unusual for a band releasing their first EP. However, the members of Bleeker have a long history together, having been active since 2003 when the band members were in their teens and previously releasing records under the name Bleeker Ridge. Lead singer Taylor and guitarist Cole Perkins are also brothers, only adding to the sense of cohesion in their music. The line up is completed by Mike Van Dyk on bass.

With Bleeker’s debut album, Erase You, due out shortly there is no doubt more to come from the Ontario natives. Bleeker are touring the UK for the very first time in October as support to Royal Republic and Dinosaur Pile Up, dates below. Bleeker EP is out now, available on all digital retail and streaming platforms. The EP will be released in the UK on vinyl on September 30 via Five Seven Music. 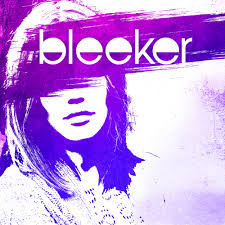