Blue Demon are joined by Mia Olsen (Wonderland) on drums, Tobias Winberg (Death Valley Sleepers, Jørck, Aura) on bass, and Nicco Chimera (The Awesome Welles) on guitar for their live dates, and have played a string of successful gigs in Copenhagen, at the likes of Drone, Byhaven i Pumpehuset, Rust, and KB18 with The Warlocks and Spillestedet Stengade, since their conception in 2016.

Jakob previously fronted Danish rock outfit, The Amaranths – known for their 2006 single ‘Love Is A Victory’ – and Maria has released four albums under the name Maria Viskonti. The latest, A Farewell To Your Arms, was out just last November.

‘Hollywood’ was released on the eve of 2017 and includes four remixes by Bleak House, Jakob Gjerulff, Tobias Winberg and Kim Kemi; giving listeners a taste of Copenhagen’s techno scene and marking a brand new year for this duo and their grungy, late night scenarios. 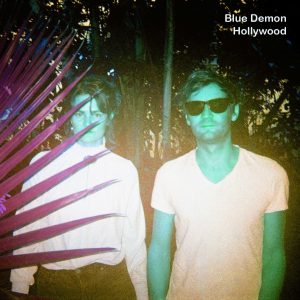