Canadian garage punk band, Dearly Beloved, return with their third album – a blistering slice of modern rock’n’roll that draws on a rich musical heritage for inspiration.

Admission was produced by Daniel Ray (Ramones, Misfits) and recorded at Dave Grohl’s Studio 666, on the famed 70s era Nee 8028 analogue console that was responsible for Nevermind and hundreds more fantastic records. It was recorded in a mere 14 days and this restless energy is captured across the album’s 10 tracks. Indeed, it is the closest the band feel they have come to capturing the energy of their live show, deeming their work, “chaos tempered with love and delivered with great fury.”

Having featured musicians from Queens of the Stone Age and Mars Volta on their last record, the signs were good for a band that has been plying their trade for over 10 years. The thumping lead single, ‘I Tried To Leave’, brings widespread recognition one step closer. A blistering slice of garage rock that pitches the female and male vocals together, set against a backdrop of thumping drums and distorted guitars, the track masterfully mixes melody and aggression.

Indeed, the vocal interplay of founding members Rob Higgins and Niva Chow is one of the band’s greatest strengths and they are now supported by a permanent guitarist and drummer, adding cohesion and consistency to their work. Admission opens with ‘R.I.P’ with a riff reminiscent of the Pixies recent ‘Umm Chagga Lagga’ and provides a pounding album opener, a mix of classic rock riffs and grunge undertones. The propulsive bass line of ‘I Tried To Leave’ and low slung groove of the mid section of ‘Who Wants To Know’, which evokes memories of Rage Against The Machine as the duo sing “I might be addicted to fear… I might never wake up”, are testament to the musicianship of the group, particularly Higgins bass work. Lyrically, it is a mix of apathy, anxiety, frustration and passion, all thrown together on top of the swirling musical soundscapes behind it.

Dearly Beloved’s sound is bigger, the scope of their writing wider and production more polished on this album than any of its predecessors. With this growth there is an ever clearer tendency towards  deference, the band paying tribute to their closest inspirations and these inspirations cross genres and generations. ‘Currents’ is Sabbath-esque in its heavy groove, whilst ‘Boxing Days’ brings to mind Soundgarden. The familiarity of sound can at times undermine the originality of the band’s work, but ‘Boxing Days’ bluesy breakdown proves that this is certainly not a tribute band. With the range of  great music coming out of Canada at the moment, including Japandroids, July Talk and Pup to name but a few, sitting alongside the many high points of this album, rock’n’roll seems to be truly alive in Northern America.

Dearly Beloved have a number of European live dates coming up, tour schedule below. 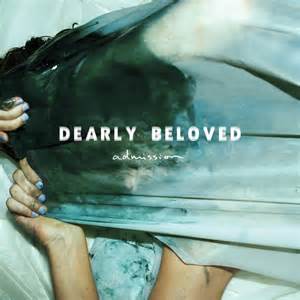