South London’s Alpines released their sophomore LP, Another River, at the end of 2016 to a fantastic critical and public reception. They are now embarking on an eight date tour of the UK, playing corners of the country they haven’t played before, as well as a few dates in Europe to bring that record to life.

Spacious, stylish and understated, Another River offers a rich blend of garage, house, and hip hop influences across its ten tracks. The pairing of Catherine Pockson (vocals/piano) and Bob Matthews (guitar/production) draws comparisons with Jessie Ware, London Grammar, SOHN and How to Dress Well; modern protagonists of R&B infused electronica. Pockson is central to the Alpines image, her gorgeous tone, powerful and commanding yet tinged with fragility, sitting perfectly above the atmospheric, minimalist arrangements of Matthews.

Pockson and Matthews’ focus on this album was to bring everything back to the basics of what the pair wanted from their music. The result is lyrically honest and direct and the production layered, warm and powerful. There are moments of intense, often personal, emotion throughout and as a result the record is sincere and relatable. Despite this only being their second LP, after a tumultuous past half decade in the music industry, Alpines have a lot of experiences to share. Signed to a major label deal with Polydor, the stage seemed set to build on early successes until they were unfortunately released from their deal. Despite the set back, the pair have taken advantage of the freedom afforded to them to pursue music in their own vision, and truly believe in what they make. The result of this time and space is Another River, with tracks such as ‘Stay’, ‘Motionless’ and ‘Heaven’, standouts.

The power of the songwriting on Another River is testament to Pockson’s success writing away from Alpines, having penned songs with Sub Focus and Maya Jane Coles and featured on The Maccabees track ‘Unknow’. These successes are matched by their work remixing tracks by artists such as Lana Del Ray and Emile Sande and is a sign of the broader artistic vision of the pair. Nowhere, however, is this vision clearer than on the cathartic release that Another River provides, a moment that the band may have once questioned whether they would have reached at all.

Tickets for Alpines tour dates (below), with support from Tusks, can be purchased HERE.

Another River is out now via Metropolis and available to stream HERE. 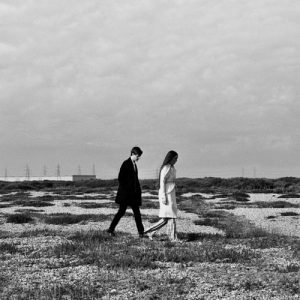