Burns, or ‘Rabbie’ as he is affectionately known, was born in Alloway, South Ayrshire, in 1759. He began writing poetry and songs at an early age and became famous across Scotland for his writings. After his death at the age of just 37, his works became internationally renowned and to this day, millions of people from all corners of the world sing his most famous composition ‘Auld Lang Syne’ to bring in the New Year.

Scots and Scots at heart from across the globe celebrate his life and cultural legacy by hosting a Burns Supper on his birthday, January 25th. The traditional components include addressing the haggis, toasting the lassies and reciting the Selkirk Grace, plus many modern variations and twists on these traditions. From Dumfries to Cornwall, here’s 14 celebrations worth checking out… 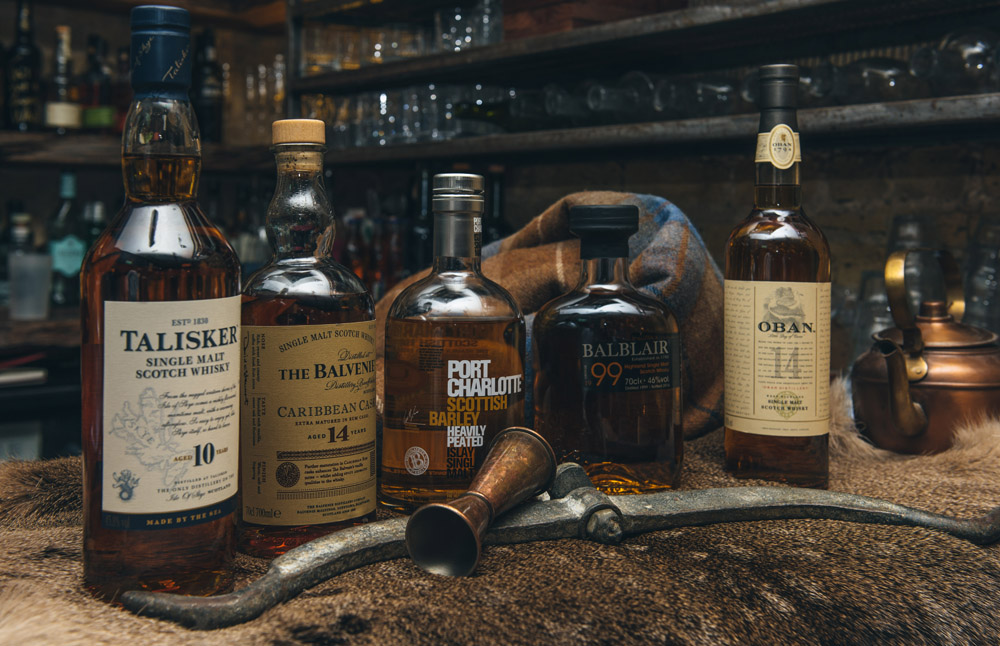 Scottish champions Mac & Wild have been celebrating the age-old tradition with a whole week of Burns inspired menus and events, from haggis-making masterclasses and beer and whisky pairing evenings, to live music and Burns cocktails galore. Burns specials include Haggis, Neeps & Tatties; a Burns Whisky Flight; and a Bobby Burns Whisky Cocktail. To celebrate the main event of Burns Night on Wednesday 25th January, both restaurants will feature a special Burns Set Menu, including a suitably Scottish host to address the haggis… and the option of washing down each course with a specially paired whisky.

Chelsea’s Rabbit and its sister venue, The Shed, will be celebrating Burns Night by offering diners Scottish specials fit for the bard himself. An array of delicacies will include homemade duck livers on girddle cakes and smoked salmon, rye and rose geranium. Guests can also choose from a Scottish classic, Neeps and tatties rosti with whisky ketchup, or Lamb faggots with pumpkin spaghetti and artichoke mud before finishing the meal with a traditional deep fried homemade Mars Bar. 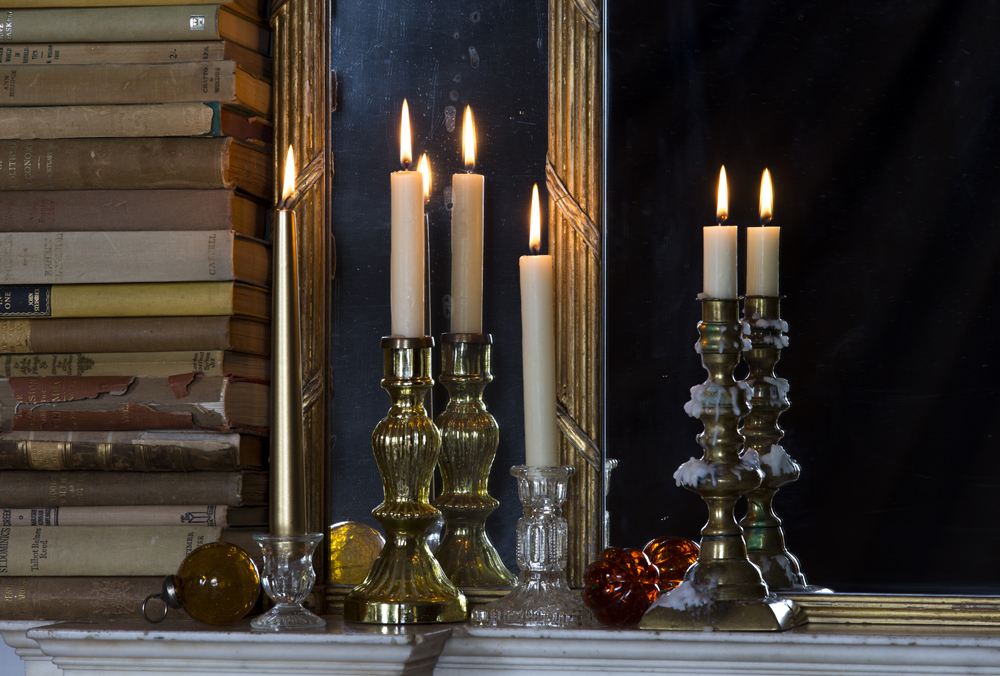 Wait until the weekend and make a proper night of it at Eynsham Hall, a magnificent Great II listed mansion nestled in the heart of a 3000 acre estate in Oxfordshire. You can kick off with a glass of Prosecco, at the wonderful Jacobean style residence, followed by a traditional three course haggis supper served with a ‘wee’ dram of Scotland’s finest. Each night includes a piper and an ‘Address to the Haggis’, followed by Scottish ceilidh dancing.

Prices at: £42.50 per person, rooms from £69.00 for two people, per night, including full English breakfast

If you’re into weird combinations, and find yourself in the heart of London’s West End this Wednesday eve, then you’ll want to pop into the Michelin 2017 BIB GOURMAND-winning VICO for their one-off Burns Night menu specials. Two special hybrids will be on offer, including a haggis pizza, and a Scotch whisky gelato sundae, and in keeping with the Burns supper tradition, guests can ‘address the haggis’; whilst enjoying a wee dram or two. VICO’s Burns Night menu specials will be available for lunch (12-3pm) and dinner service (5-11pm). 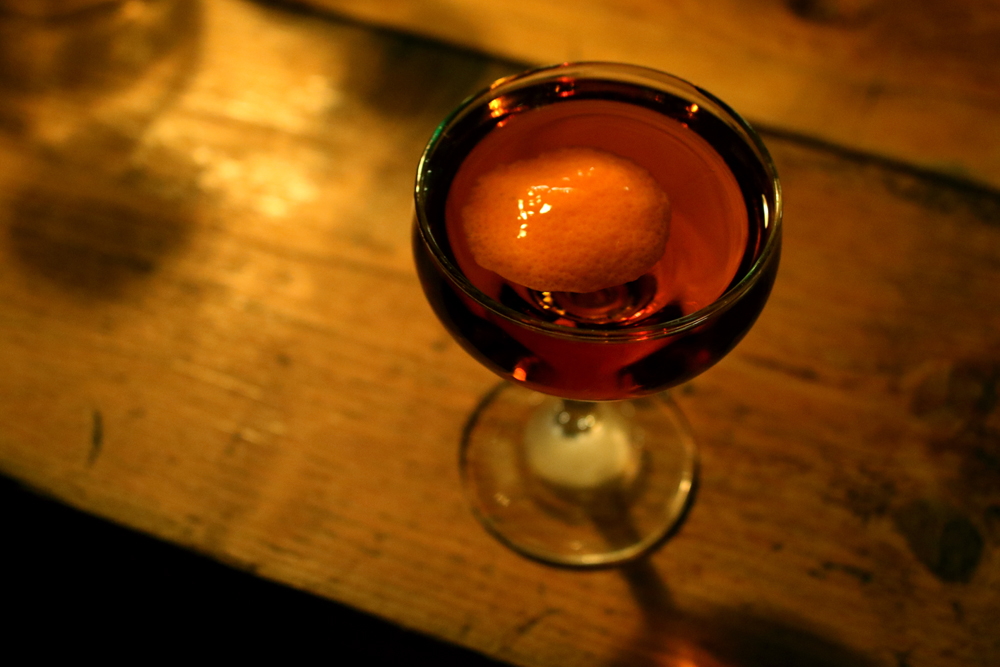 East Londoners can pop into The Sun Tavern for a night of Scottish themed cocktails to mark the birthday of Robert Burns. The Hackney based speciality Whiskey bar have created three scotch based cocktails in tribute to the Ploughman Poet. Whet your whistle on a ‘For Rhyme Nor Raisin’, ‘1887’ or a ‘Deer Stalker’ (all featuring Glenfiddich 12yr) and ‘address the haggis’, with haggis Scotch eggs courtesy of Brixton based Pig & Hay. 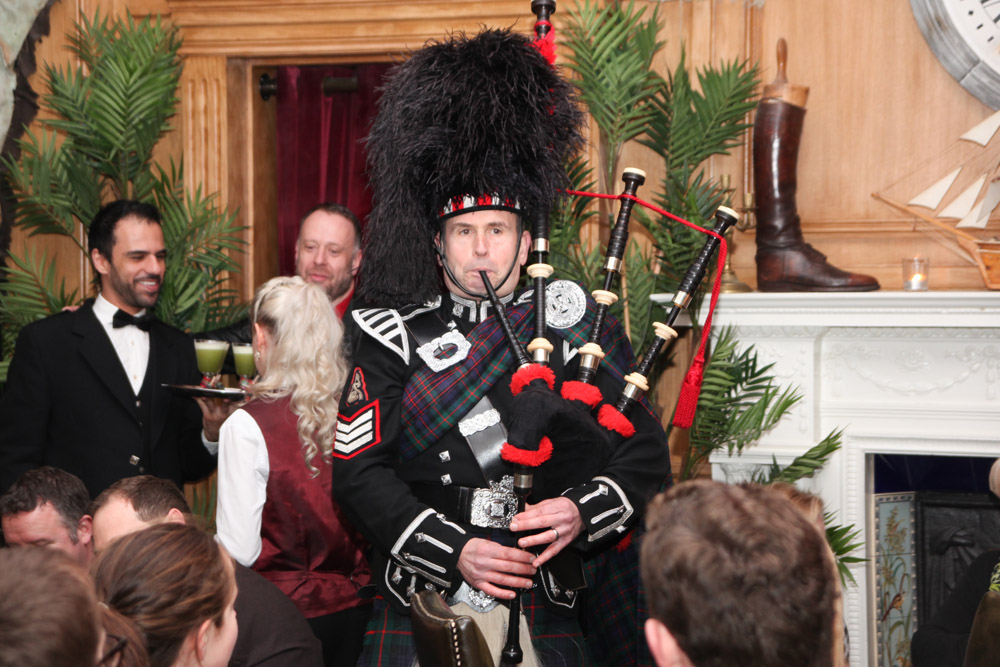 Mr Fogg’s Mayfair residence – a recreation of the Victorian home of Jules Verne’s most famous adventurer, Phileas Fogg – will be hosting they’re very own Burns Night celebration on Bruton Lane. Guests will be welcomed by bagpipe performance and invited to ‘toast the haggis’ with some delicious haggis canapés. A poetry recital will showcase a selection of Robert Burns’ best works, and in true Scottish spirit, staff will be temporarily swapping their traditional Gieves&Hawkes military uniforms for a range of suitably festive kilts.

Mango Tree, the award-winning Thai restaurant, has created two special cocktails for Burns Night to help diners get into the Scottish spirit. The Mango Tree Old Fashioned contains Bourbon whisky, brown sugar and angostura aromatic bitters and orange bitters and is garnished with cinnamon sticks and dried orange. While the Scotch Prune, Haig club whisky, vieille prune liqueur, strawberry syrup, fresh lime juice and cranberry juice is finished off with fresh mint and some dried lemon. Both cocktails look set to get any Burns night celebrations off to a bang and help diners feel a little Scottish for the evening. 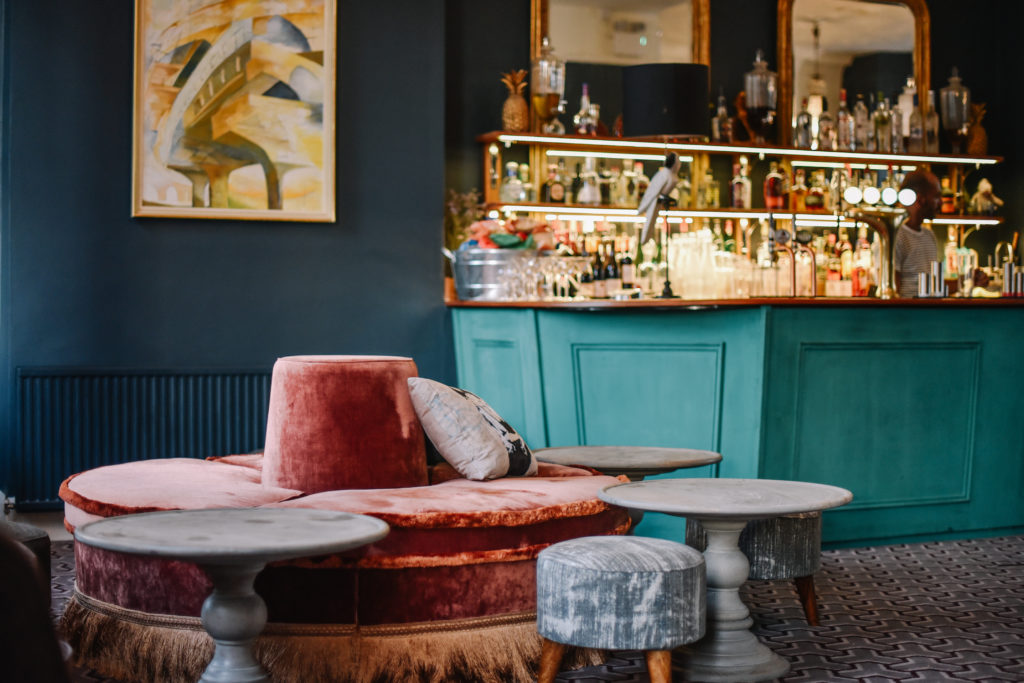 West Londoners can join in the Bruns celebrations at The Lillie Langtry, in West Brompton, courtesy of their Scottish friends, Ballentine’s, for an evening of whiskey pairing and a set Scottish inspired menu, including cock-a-leekie, a Scottish soup of leeks and peppered chicken stock and often rice or barley; Haggis neeps and tatties, Scottish mash and turnips, and Cranachan, a traditional dessert of whipped cream, whisky, honey and fresh raspberries, with toasted oatmeal soaked overnight in a little bit of whisky to finish off. With each course guests will get a whiskey paired with the dish from Pernod/Ballentine’s who have carefully selected the right whiskey to complement the food.

London’s oldest whisky shop will play host to a lively Burns Night shindig with haggis cocktails and free whisky drams. Burns Night may be all about tradition but Milroy’s expert bartenders have created a special cocktail for the night using a relative newcomer on the whisky block, R&B Distillers’ Raasay While We Wait. The cocktail will be a peppery play on the classic ‘Bobby Burns’ and has been inspired by the spicing used in haggis. For the inquisitive reveller, there will also be a chance to preview a free sample of the second batch of this lightly peaty single malt to toast to the haggis! 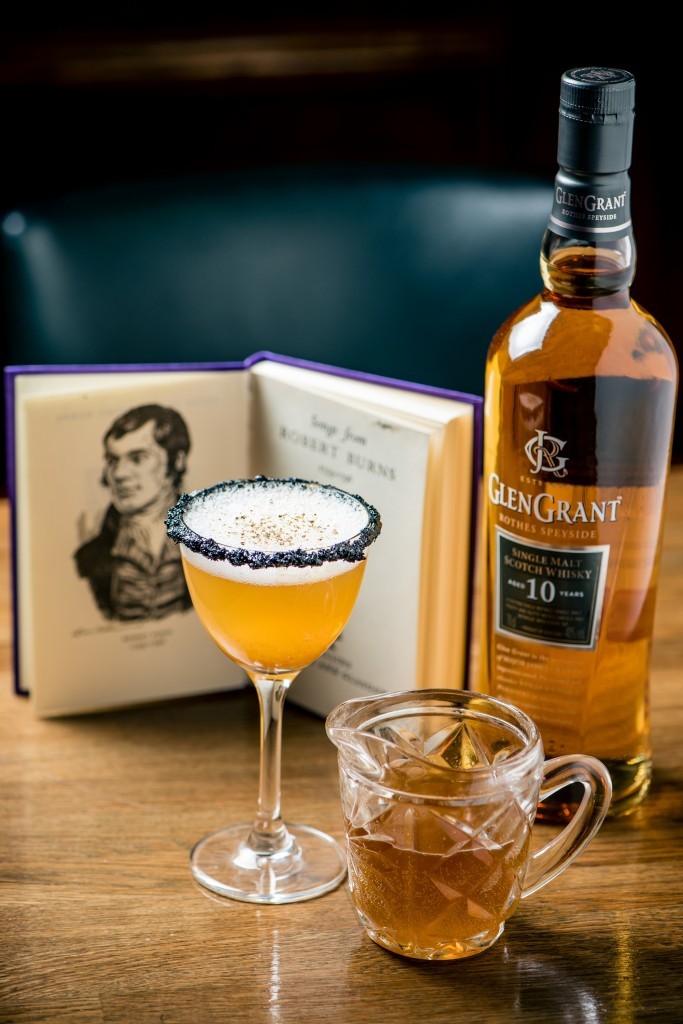 The Bon Vivant | The Chieftain

Multi award-winning Scotch Whisky, Glen Grant, has partnered with The Bon Vivant bar in Edinburgh to create the ‘The Chieftain’, a haggis-infused cocktail named after Robert Burns’ famous description of Scotland’s national dish, the “great chieftain o’ the pudding race”. Created by Will Cox of The Bon Vivant, The Chieftain’s recipe is inspired by a traditional Burns Supper menu and includes the ingredients found in the occasion’s centerpiece.

Haggis is traditionally made from sheep’s offal (heart, liver and lungs) minced with onion, oatmeal, salt and spices. The Chieftain comprises of an oat-washed Glen Grant 10 Year Old combined with an offal stock syrup to replicate the unique meaty haggis flavour.  It is served with a pickled red onion, representing the ‘heart’, a salt and pepper air, representing the ‘lungs’, a turnip cordial, a nod to the famous ‘neeps’ accompaniment, and a haggis rim.

Saint Luke’s Kitchen will raise a glass in patriotic celebration of the national bard; and welcome Paul Wedgwood – one of Scotland’s leading chefs and restaurateurs. Taking up Chef residency for one-night, Paul will be serving up his own take on a Burns supper – eschewing the traditional dishes and taking the humble haggis up a few notches for a unique flavour of Scotland, “Burns night is celebrated right across Scotland and most of us like nothing more than getting stuck into that perfect trio of Haggis, neeps and tatties, but I really wanted to use this opportunity to cook at Saint Luke’s Kitchen to showcase a wider range of Scottish ingredients and flavours and introduce a new way of enjoying haggis.” 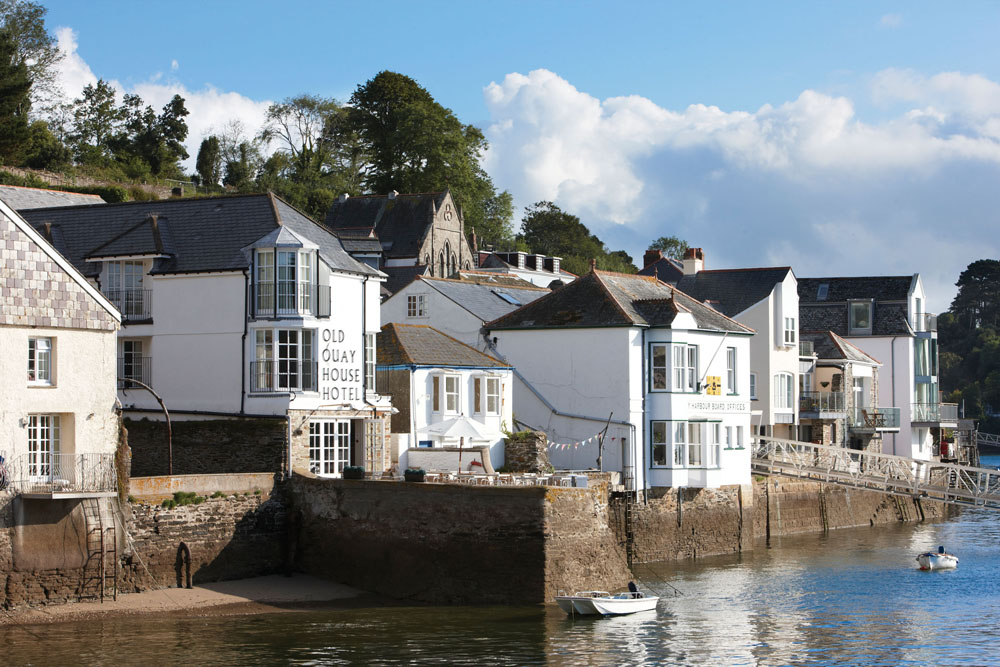 Foodies in the South-West, head down to The Old Quay House in Fowey, where Scottish-born head chef, Richard Massey, has developed a six course tasting menu for Burns Night, championing classic dishes from his native land. Haggis, neeps and tatties will be served as canapés, followed by kedgeree and Cullen skink. The fish course will be hot smoked salmon with beetroot, followed by stovies – a Scottish stew, traditionally made with beef and seasonal vegetables. An optional whisky pairing will be available with each course and Cranachan will be served to finish the meal.

“Burns Night is always a special occasion for any Scot, so I’m looking forward to a good old knees-up with some delicious food. The whisky should be drunk with caution though – it may lead to some spontaneous ceilidh dancing before the night is out.”

Scots in the Dumfries have been celebrating their national poet since last Friday, 20th January. The annual ten day arts festival runs through until Sunday, 29th and includes 145 events across 31 venues. Burns Night Live takes place on Burns Night itself, and will be hosted by double BBC2 Folk Award nominee, Emily Smith. The event includes over 40 artists from across Dumfries & Galloway and will also be broadcast online live through the festival website. 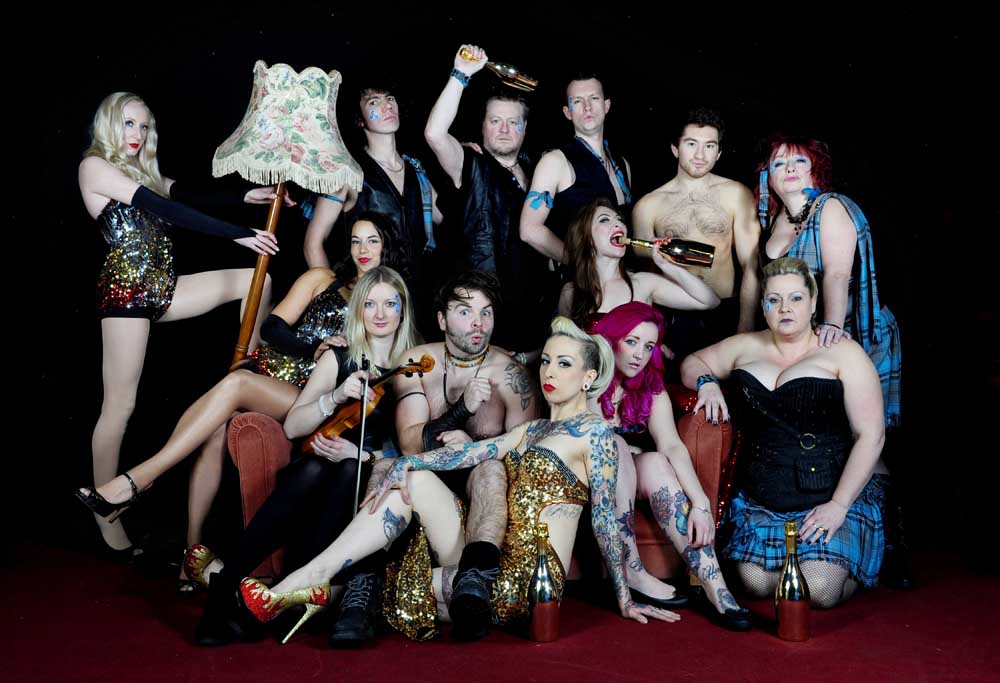 The centrepiece of the Festival is the notorious Le Haggis, Scotland’s Sexiest Cabaret jam-packed with international artists, and featuring the hottest local talent like you’ve never seen them before. Le Haggis is one of the most cutting edge shows anywhere in Scotland. Set to a live contemporary traditional Scottish soundtrack and performed by some of the finest pop-folk troubadours around. New for 2017, and key to the festival’s commitments to making cultural events accessible to all, is Queer Haggis, an LGBTQ special edition of Le Haggis which will run on Thursday 26th January. Queer Haggis, which will be a South of Scotland Winter Pride event, will include a host of international queer artists alongside the Le Haggis company and promises to be the most alternative version of the show to date.

Learn more about Robert Burns and the meaning behind some of his most beloved words and phrases by visiting www.scotland.org/burns.