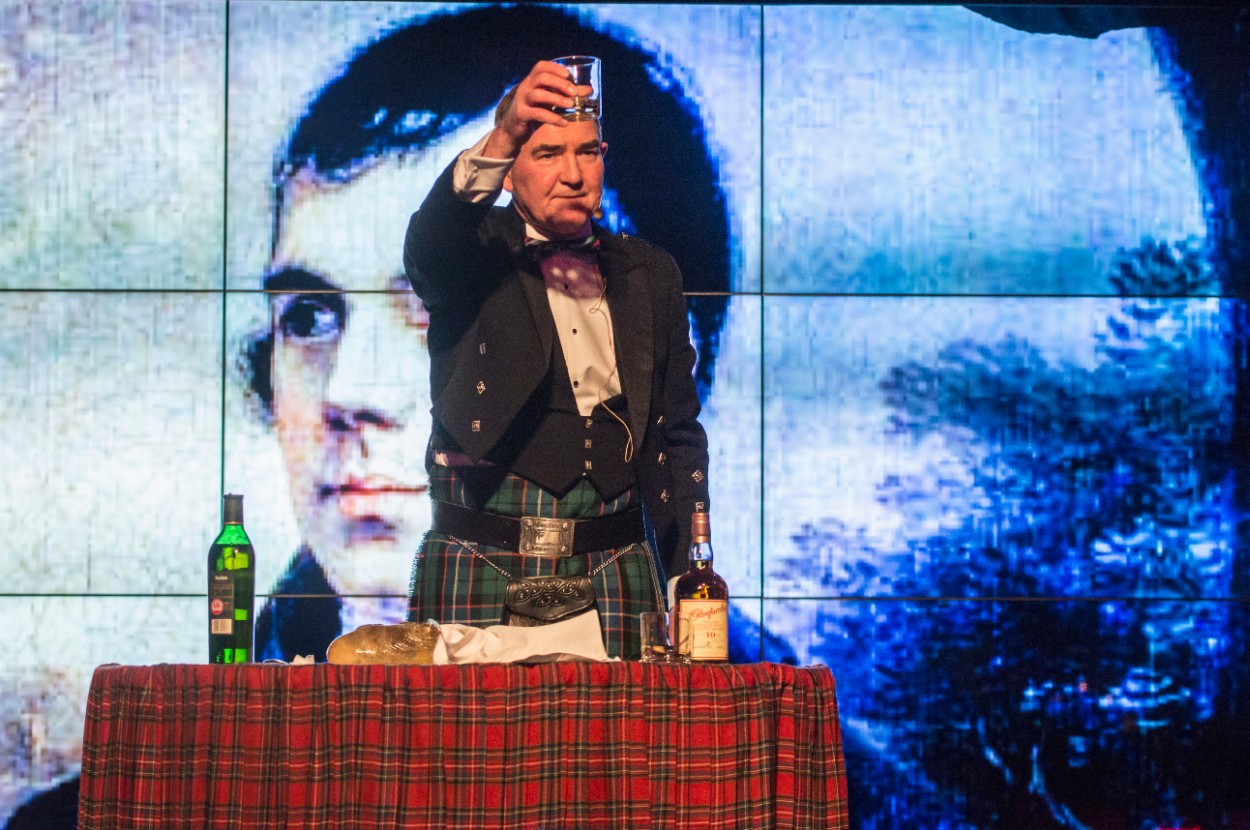 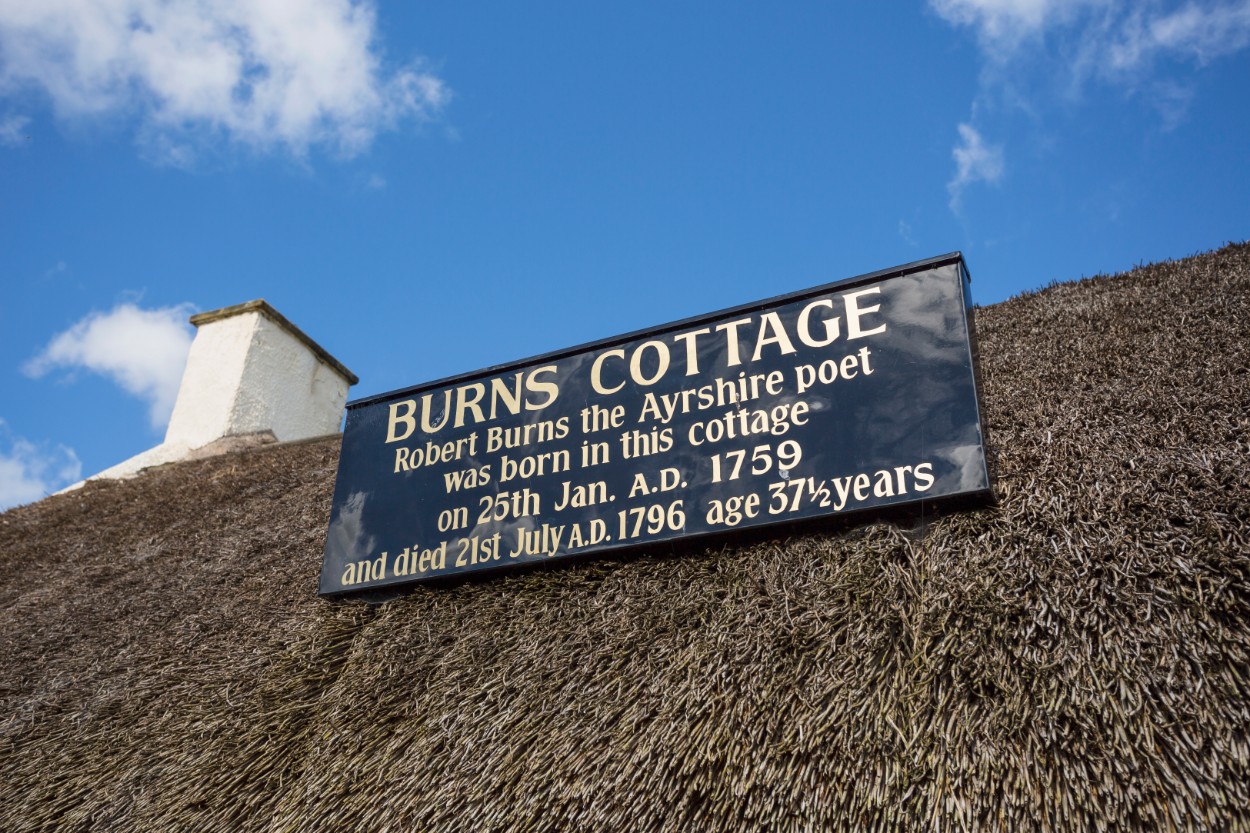 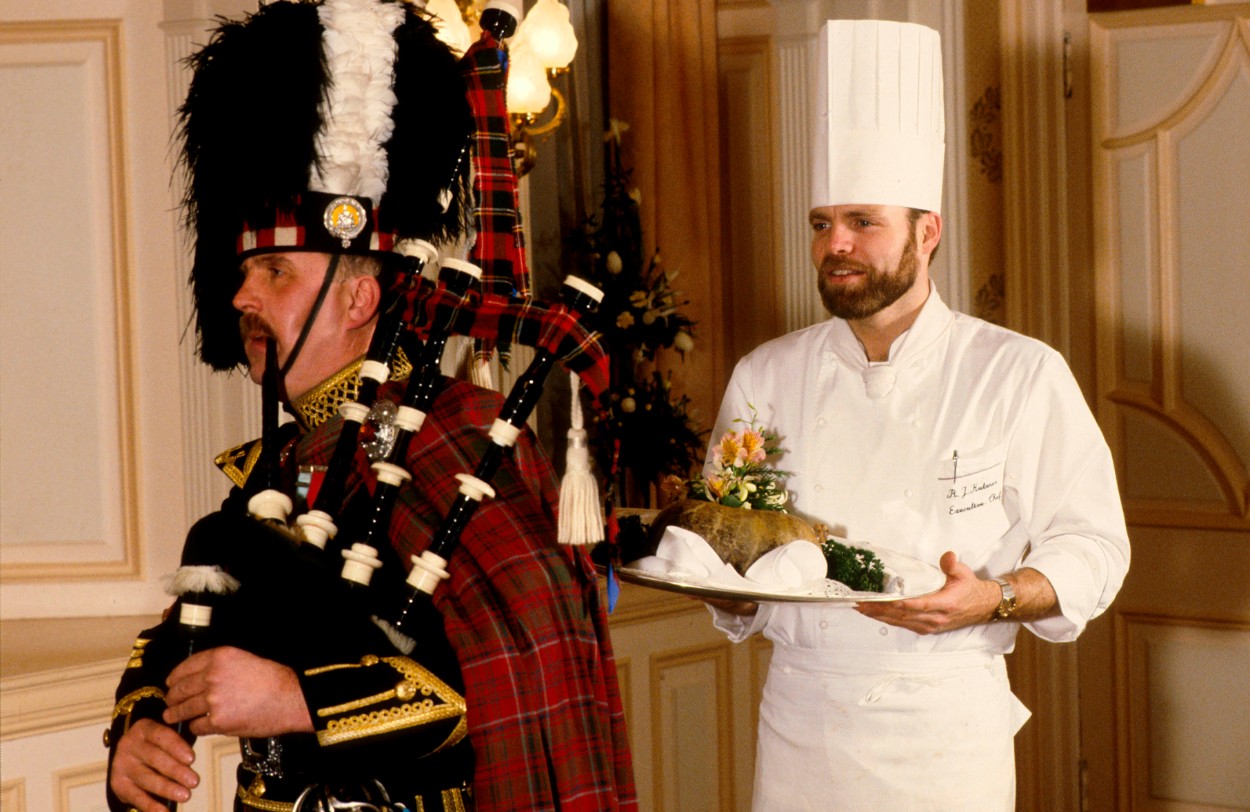 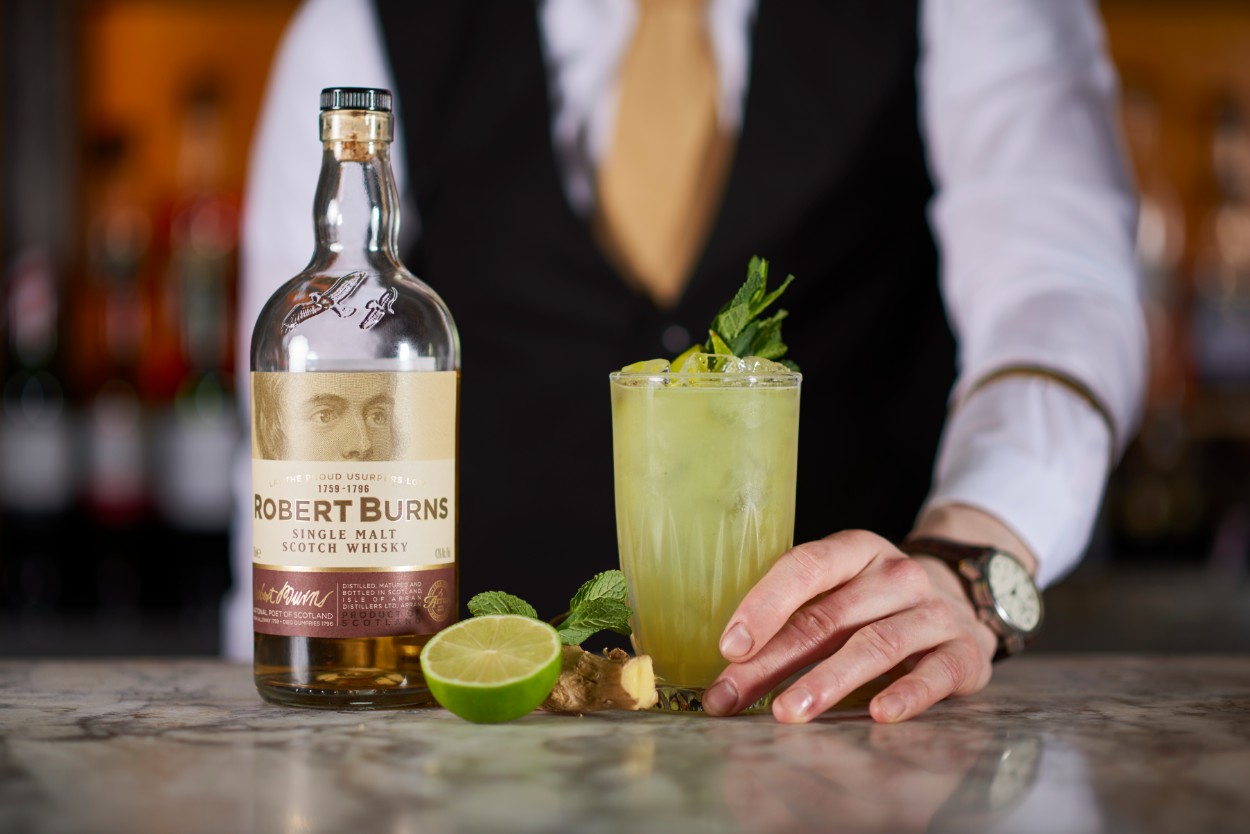 It’s that time of year again, when the Scots are celebrating their favourite poet with a wee dram, and the rest of the world follows suit. The legendary Robert Burns was born on 25 January 1759 in the village of Alloway in Ayrshire, and died just 37 years later, at his home in Dumfries.

This year, Warner Music Group (WMG) has teamed up with VisitScotland to celebrate Burns Night with a playlist featuring some of Scotland’s finest artists, including Biffy Clyro, Frightened Rabbit, Paolo Nutini, The Jesus and Mary Chain, The Proclaimers, and Ultravox.

“Scotland has always punched above its weight when it comes to producing amazing artists and magical music,” said Tim Fraser-Harding, President, Global Catalogue, Recorded Music, at WMG. The playlist is designed to bring together some of the greatest hits ever recorded by Scottish artists, and will be regularly updated to ensure that it remains an unrivalled go-to destination for fans of Scottish music.

“We’re delighted to be working with Warner Music on this exciting playlist which captures many of the traits associated with our national Bard – creativity, pride and confidence, blending modern Scotland with our traditional heritage,” added Malcolm Roughead, VisitScotland Chief Executive. So whether you are hosting your own Burns Supper or attending many of the fantastic events taking place all over the world – this playlist is the perfect accompaniment to any Burns festivities.”

The first Burns supper was held in July 1801 when nine of Burns’ close friends got together to mark the fifth anniversary of their friend’s death. Taking place at Burns Cottage in Alloway, the night included a tasty meal (haggis, of course!), performances of Burns’ work and a speech in honour of the great Bard (now known as the Immortal Memory). The night was such a resounding success they decided to hold it again beginning the tradition still enjoyed to this day.

James McTaggart, Master Distiller at Isle of Arran Distillers who produce the world’s only official Robert Burns Malt, is well versed in how to throw a brilliant Burns Night celebration. “Burns Night wouldn’t be complete without whisky and no table is set without a good selection of drams.

“Burns Night is traditionally a very structured affair. There are set times for welcome addresses, toasts, food and entertainment. This gives hosts the opportunity to choose a different whisky to complement each part of the evening.

“I don’t doubt that there are distilleries across the world making great whisky, but I firmly believe that Scotch whisky is the best. And while I am incredibly proud of what we do here at Arran, I’m not too proud to recognise a good dram when I taste it! Whisky is very much a community within Scotland and there are a few distilleries that I am very fond of.”

McTaggart shares his top choice of whiskies to accompany the festivities, along with a few other notable ambassadors from The Whisky Exchange (TWE), Diageo and Elixir Distillers.

A toast to the bard… “The traditional toast to friends, food and family, the Selkirk Grace is a cornerstone of Burns Night. The man himself was born just across the water from Arran, near Ayr on the West coast of Scotland so a dram from a Glasgow distillery, Scotland’s biggest west coast city would be most fitting. Why not Auchentoshan which lies on the outskirts of the city?

“The Auchentoshan 3 Wood is matured initially in bourbon casks before being finished in Oloroso then Pedro Ximénez casks for an extra layer of rich, sweet fruitiness.  Notes of raisin, orange and blackberry will certainly whet the appetite.” 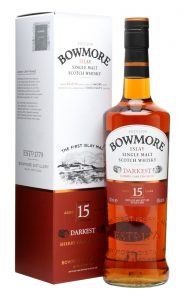 Pipe in the Haggis… “There’s no escaping haggis as the centre piece of a Burns Night Feast. Rich with spices and the warming flavours of onions, stock and meat, it takes a whisky with a bold palate to pair with a haggis. I spent the first 30 years of my whisky career at Bowmore, so I can confidently suggest their 15 Year Old Single Malt. Delicious dark chocolate, sun-dried fruits and a tell-tale wisp of Islay smoke give way to cedar wood and rich treacle toffee. With a robust and complex finish, it’s the perfect accompaniment for a Burns Night supper.”

This superb whisky from Bowmore has recently been named The Whisky Exchange’s Whisky of the Year for 2018. Having spent its final three years in oloroso sherry casks, Sukhinder Singh, co-founder and owner of The Whisky Exchange, believes it is perfectly balanced. He adds, “Whilst it has the rich fruit and body you would expect from a sherry cask, it’s not too overpowering. Its softness balances well with the classic fruity elements of the Bowmore. I think we’d be hard-pushed to find someone who wouldn’t enjoy drinking this.” Available HERE. 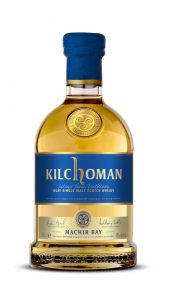 “Kilchoman Distillery’s Machir Bay is a vatting of whisky matured in first-fill bourbon casks for around six years, married and then finished in oloroso sherry butts before bottling. This Single Malt is full of character and will match well with the tone of this part of the evening!” 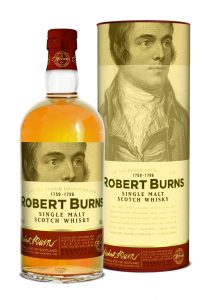 “No Burns Night is complete without a rousing rendition of Auld Land Syne in a final salute to the Bard. At Arran, we produce the only whisky endorsed by the World Robert Burns Federation and it’s the perfect choice for raising a birthday toast to Scotland’s most beloved poet. This is a sweet and creamy malt with flavours of honey and toffee-glazed pecans. Easy to drink, full of fresh citrus notes, its mellow character makes it ideal for cocktails, enjoyed by itself over ice or with a drop of water.” Available HERE. 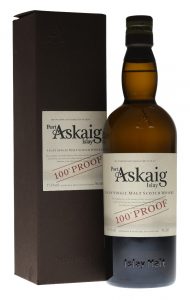 Ollie Chilton, whisky-maker at Elixir Distillers, creators of Port Askaig, advises: “Port Askaig 100° proof is perfect for Haggis. Higher proof alcohol works great with rich foods but also works well with a little water added to allow for a longer drink throughout a meal. The smoke in this Port Askaig complements the earthy flavours found in the best haggis, while the sea salt and citrus notes cuts through and brings out some of the more aromatic herbal flavours. It also works well as the best whisky gravy!” Available HERE.

Billy Abbott, Whisky Ambassador for The Whisky Exchange offers the following advice: “Our exclusive single cask bottling of Inchmurrin 2001 15 Year Old has got some power to it so won’t get overwhelmed by the spice of the haggis, but is also quite zesty and fruity to cut through the fattiness and add a bit of zing to the pairing.” Available HERE. 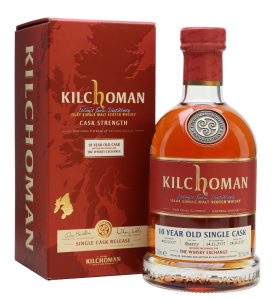 Abbott also raves about a new bottling from Kilchoman: “If you’re having cranachan or clootie dumpling for dessert then pair it with the delicious Kilchoman 10 Year Old Sherry Cask. It’s got richness from the sherry casks as well as smoke, which will contrast with the cream and sharp berries of cranachan and complement the rich and earthy flavours of a clootie dumpling.

And…if you’ve got cheese after your pud, it’ll work there as well – a ripe blue will love the smoke and a punchy cheddar will go great with the sherry notes. A great dram to bridge the courses.” Available HERE. 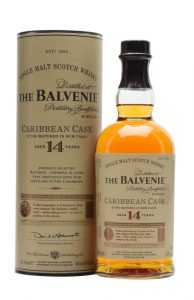 Dawn Davies, buyer for The Whisky Exchange, suggests a crowd-pleaser for Burns Night: “This Balvenie 14 Year Old has been aged in casks which previously held Caribbean rum, giving it a fruitier, more honeyed style. The sweetness combines with the absence of smoke, means this is safe but delicious choice for crowds, and even those who aren’t big whisky-drinkers.” Buy it HERE. 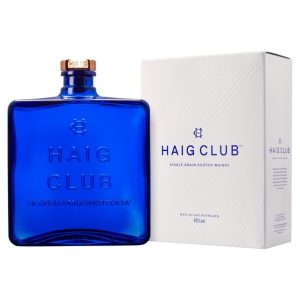 “You want a whisky that can stand shoulder to shoulder with the haggis without overpowering the meal,” says David Sinclair, Diageo’s whisky ambassador. “Haig Club’s light and floral style works really well.” Created in partnership with David Beckham, House of Haig’s Single Grain lends itself well to post-dinner cocktails, such as the Haig Club Winter Spiced Espresso Martini or Haig Club’s Rose Fizz; The Haig Club take on the classic champagne cocktail, served in a tall flute, garnished with grapefruit zest- a unique serve for celebrations. Recipes below! 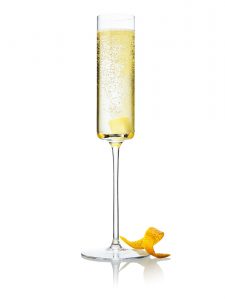 For more information on Robert Burns and Scotland, go to: www.visitscotland.com/burns