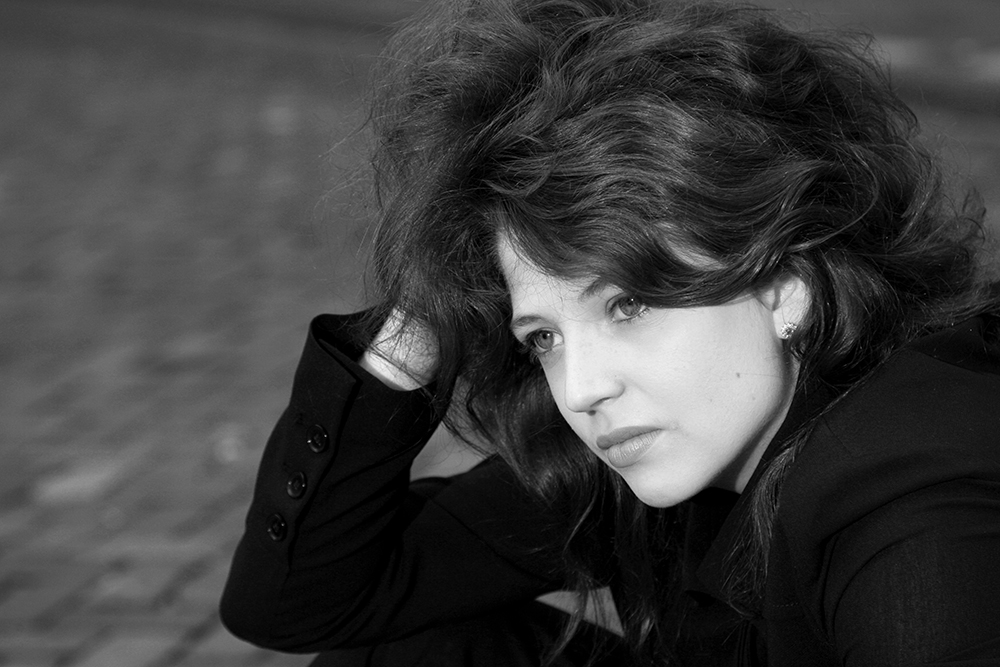 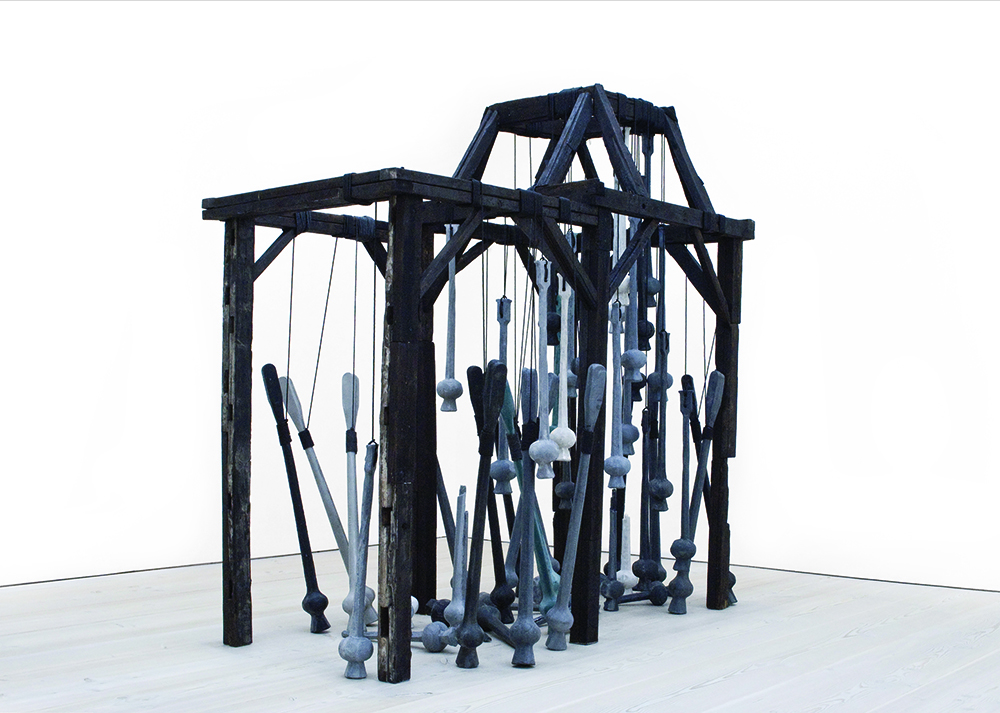 Principles of Surrender by Nika Neelova 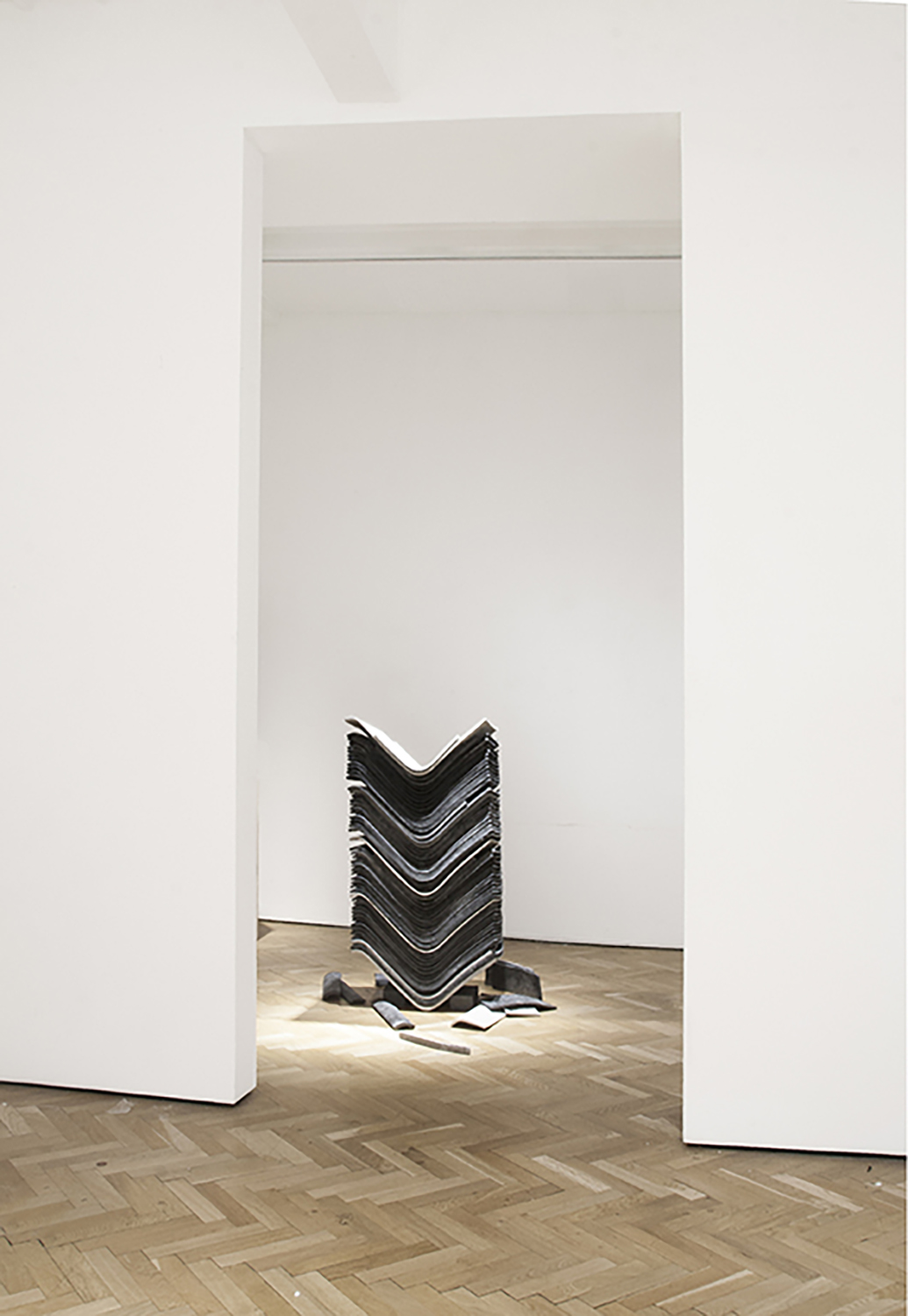 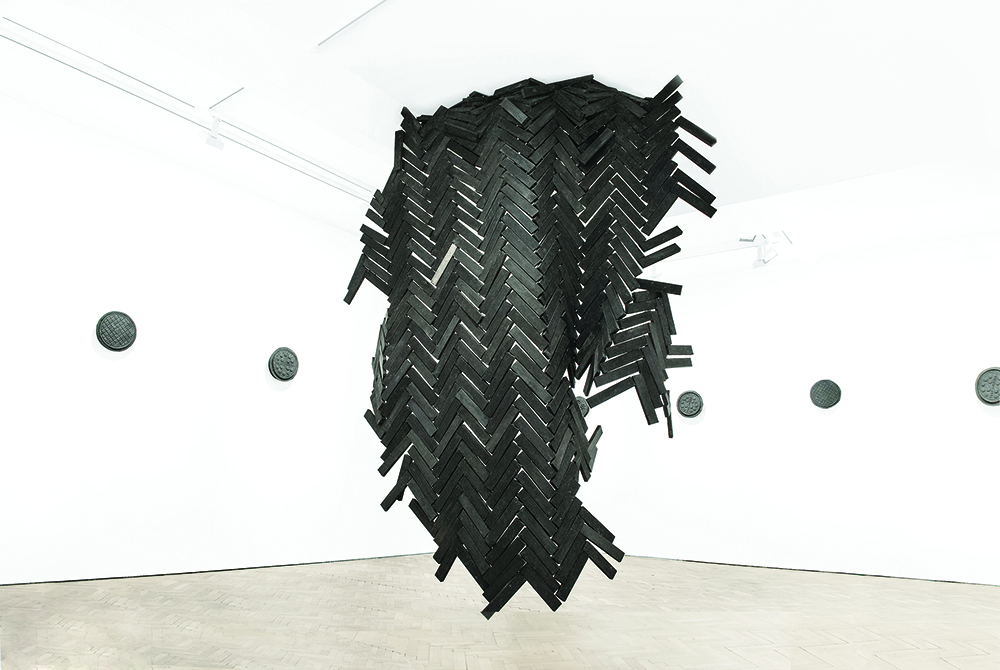 Fragments shored against the ruins By Nika Neelova 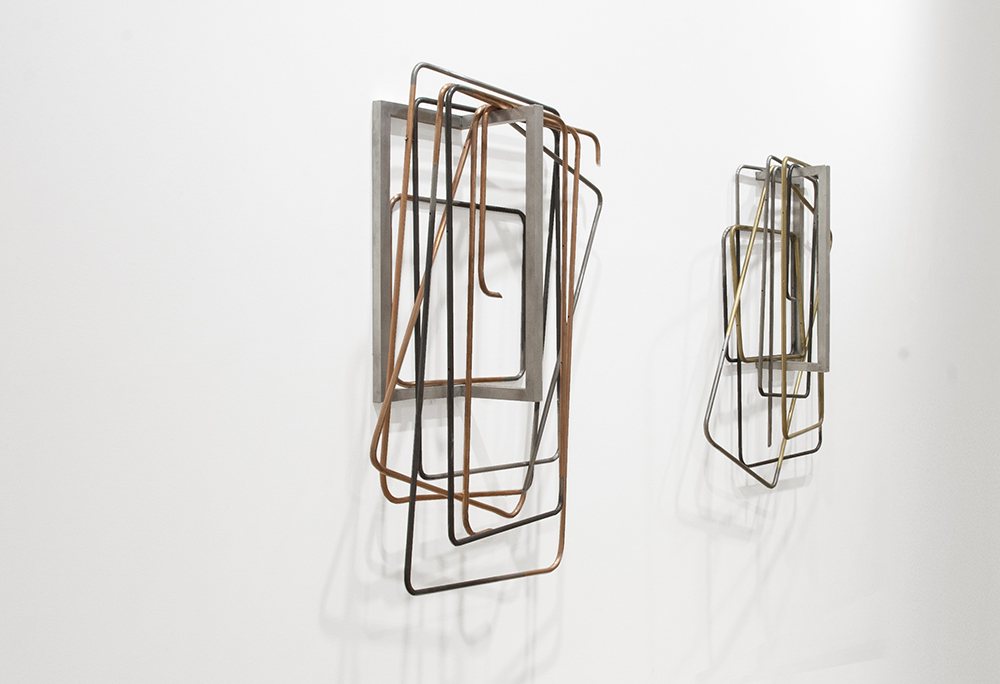 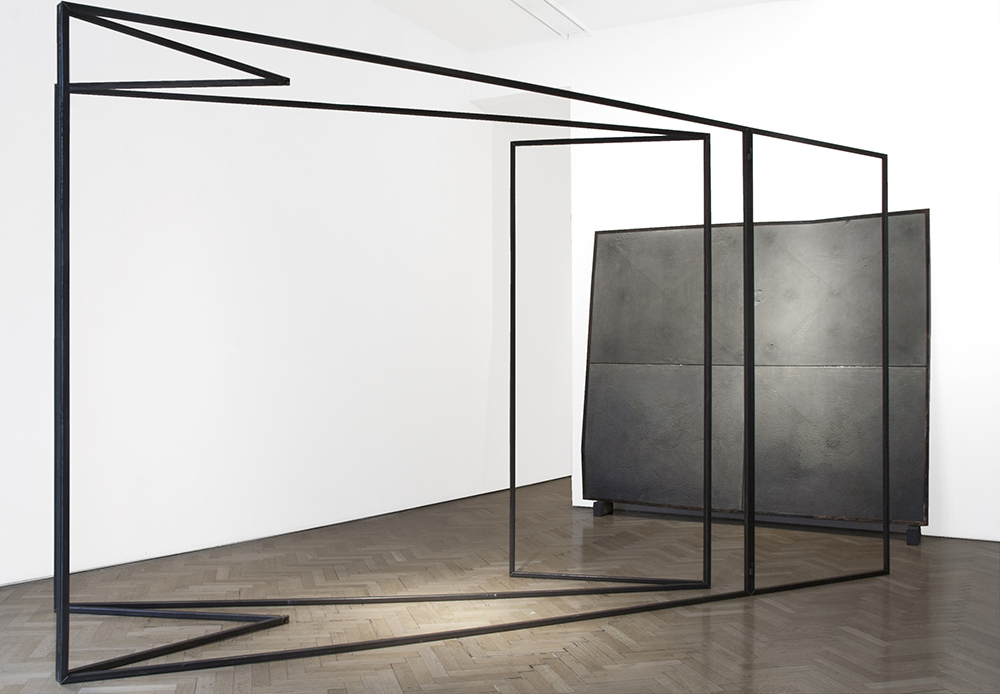 This week, we chat to Nika Neelova, an artist represented by Vigo Gallery in London, who works primarily with sculpture and installation.

Nika came to London from The Hague seven years ago to do an MA at the Slade School of Fine Art, University College London. Prior to that, she used to move countries every five or six years and London was the first place where she imagined staying longer…

“I have been interested in the arts, in their various forms and manifestations, for as long as I can remember. My mother is an actress and I practically grew up backstage in her Moscow theatre, which led me to later study stage and costume design. Upon moving to The Netherlands at the age of 17 I began my BA in Fine Art at the Royal Academy of Art in The Hague.”

“I have been very privileged to have been awarded several prizes upon graduation from the Slade, including the Kenneth Armitage Young Sculptor Prize, the Land Securities Award, the Royal British Society of Sculptors Award and the Channel 4’s and Saatchi New Sensations, which have been tremendously helpful in starting and setting up a professional practice in London. Since 2011 I have exhibited in the UK and internationally, with group and solo shows, having worked with some amazing galleries along the way, which I am very grateful for.

“At the moment, I am working on several new projects, in particular an upcoming solo show with all new works ranging in themes from artificial geology to neo-narcissism. I am also discussing several unusual and unexpected potential collaborations with several curators and several fellow artists, which could end up taking the form of written text, sporadic performances and ‘long-distance’ installations.”

“It varies significantly depending on the specific project I’m working on. Right now I’m casting a lot of jesmonite, so my studio is full of casting attributes – buckets, mixers, tons of plaster, polymers, pigments, resins, respirators, silicone, moulds, etc. Also, inevitably, it’s my laptop, on which I plan most of the shows, and an excellent art fabrication studio that can help realise the more ambitious projects.” 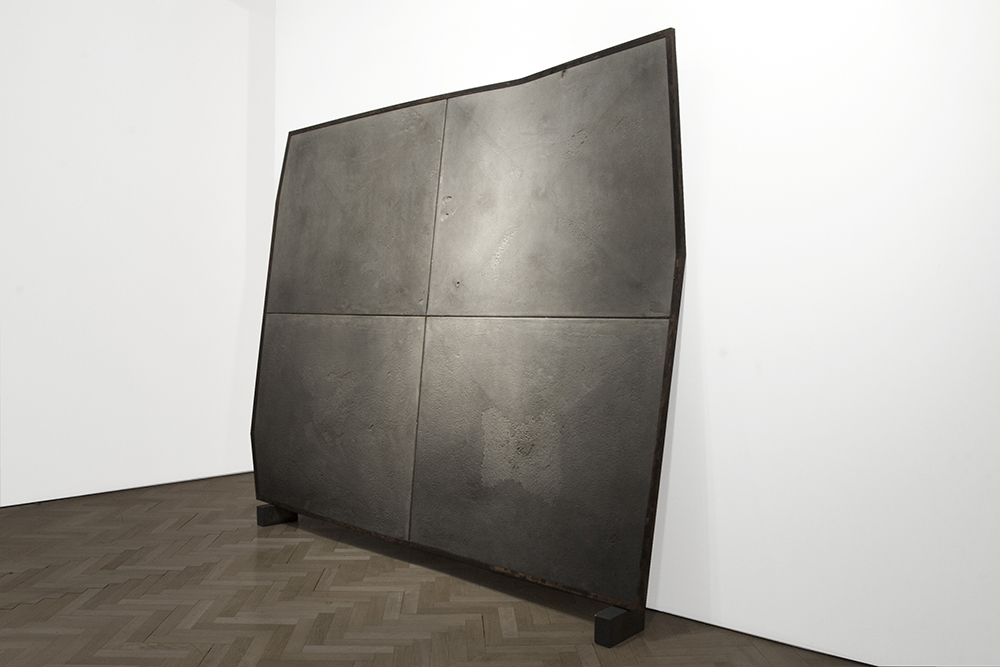 “My work revolves around the possibility of imagining the first steps of surrounding structures into a post-human landscape, staging a fictional human disappearance from a human-created and human-dominated environment. The sculptures are often replicas of daily objects. To replicate something is to translate it into another medium, to decode it and to recode it into its new reality, to perform the process that was used to shape it in the first place, to recruit its structure and introduce it elsewhere. To replicate – comes from the Latin to fold back, the process becomes a way of folding back the surrounding into a new dimension. Having outlived their functional purpose, the objects become the dysfunctional approximations of the structures they were once part of. The deconstructed forms recreate a landscape in ruin – where architecture of a once occupied environment has merged with its surrounding nature dissolving the boundaries between the two. My recent solo show in Vigo gallery was a mediation on mainly these themes and ideas.”

“I have been privileged to have worked with some amazing galleries and art institutions like the Saatchi Gallery, PERMM museum of contemporary art, Christie’s London, Museum Biedermann (renamed Museum Art.Plus in 2015), Ron Mandos Gallery in Amsterdam, Federica Schiavo Gallery in Rome and Vigo Gallery in London, which have introduced me to different sides of the art world and given me the opportunity to meet some great artists, art collectors and art critics, which has always been very interesting and rewarding.”

Who else do you admire in your industry?

“I admire artists in general, as it is not an easy or straightforward life choice, particularly challenging in the beginning and I admire people who find the strength and courage to pursue it. But I also think London is a great place for the arts now, because there are so many fascinating exhibitions being set up and so many great artists doing incredible work.”

“I am currently doing a research and writing residency in New York and as of September will be in the Syllabus residency run by the Wysing Art Centre in the UK. I am also discussing several projects with Vigo Gallery and galleries abroad, taking part in a large group show in Moscow in 2017, developing a piece for a public art commission for NOVA Victoria for next year, and working on several collaborations with few artists that I am particularly excited about, but i’m afraid its too soon to give out details. And I am also always looking for new projects, new venues, new residencies…” 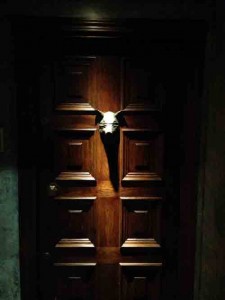 To Drink: The Blind Pig at Social Eating House

To Walk: Hampstead to Highgate cemetery

To Shop: Architectural salvages and many odd London antique stores