Starting in October 2016, London’s Southbank Centre presents Film Scores Live, a year-long series that shines a light on some of cinema’s most unforgettable soundtracks. From Oscar winners to modern cult classics, all the films are accompanied by live orchestral performances from the UK’s leading orchestras in the spectacular setting of the Royal Festival Hall.

The series culminates in a dedicated Alfred Hitchcock Weekend (23-25 June 2017) celebrating the life and work of the iconic director. Films screenings will include the London premiere of Vertigo with a live orchestral accompaniment, as well as Hitchcock’s early silent film The Lodger and the cinematic masterpiece Psycho, with Bernard Herrmann‘s spine-tingling score performed live by the London Philharmonic Orchestra. 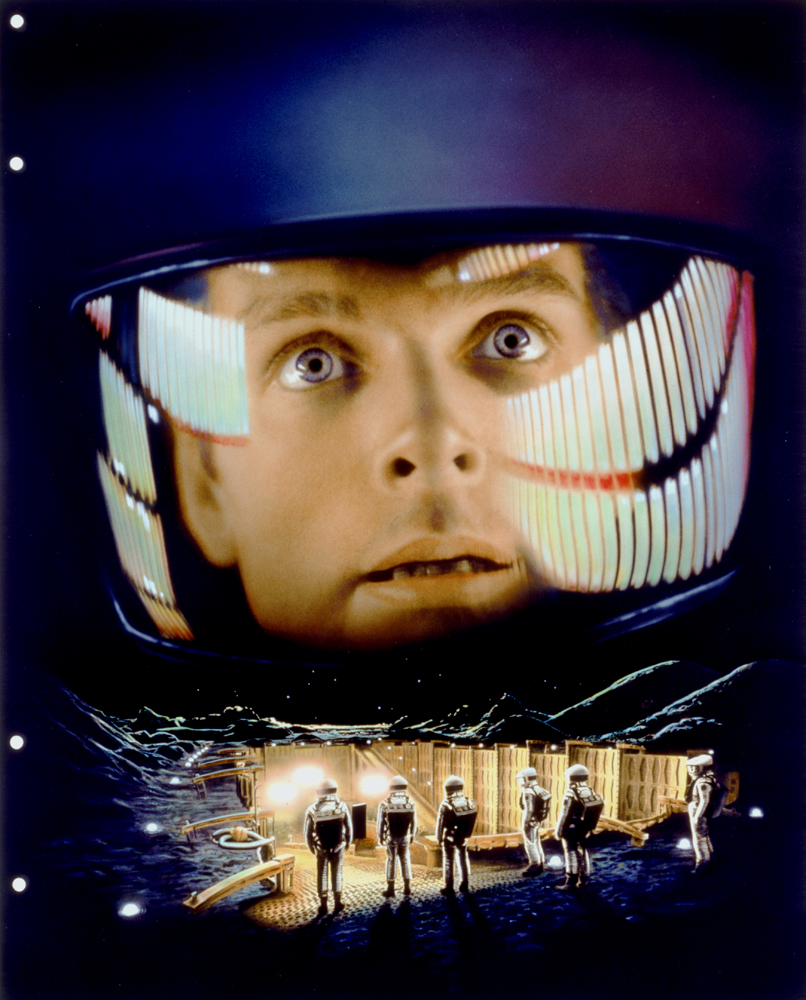 What You Need to Know: Stanley Kubrick (Saturday, 1 October 2016)
Stanley Kubrick was perhaps the most musical of all film-makers. In this one-day course, film and music experts, including Kubrick’s brother-in-law and producer Jan Harlan and 2001 conductor Robert Zeigler, explore Kubrick’s use of music in film and his influence on film scoring, and will take an in-depth look at preparing 2001: A Space Odyssey for performance with live orchestra.

2001: A Space Odyssey (Sunday, 2 October 2016)
Long recognised as one of the greatest ever works of science fiction, and a landmark of 1960s cinema, Stanley Kubrick’s seminal film is celebrated for its technological realism, its innovative Oscar-winning special effects and its bold use of music. Conducted by André de Ridder, the magisterial forces of London Philharmonic Orchestra and Philharmonia Voices join together to perform the film’s extraordinary soundtrack, as a live accompaniment to a screening at Royal Festival Hall.

It brought worldwide fame and recognition to both Richard Strauss’ Also sprach Zarathustra and the music of György Ligeti, and it created one of cinema’s most memorable musical images, as spaceships orbit planets to the strains of Johann Strauss’ Blue Danube waltz. Presented by Southbank Centre in association with the BFI (British Film Institute), with support from Warner Bros. 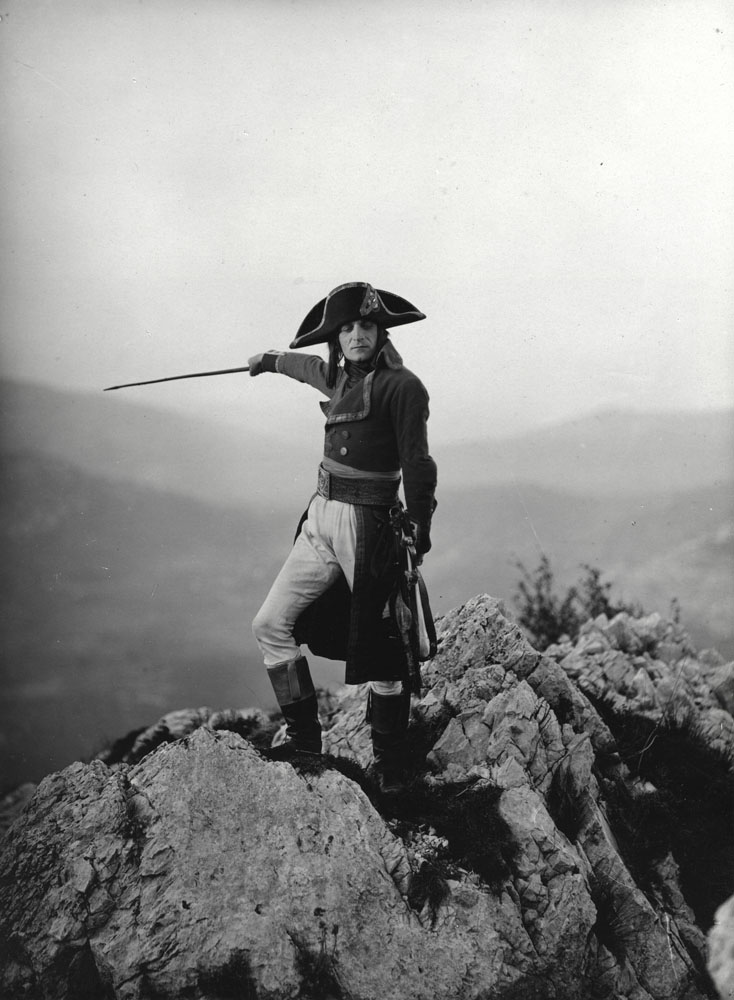 Napoleon (Sunday, 6 November 2016)
Carl Davis conducts his score for the epic 1927 silent film Napoléon, presented live with a screening of the film. After their sell-out success in autumn 2013, Davis and Philharmonia Orchestra return to Royal Festival Hall to play the longest film score ever composed. Widely celebrated as a masterpiece of the form, it brings Davis’ unique flair for musical storytelling to one of the great achievements in the history of cinema. Presented by special arrangement with Photoplay Productions and the BFI National Archive.

The Battle of the Somme (Friday, 18 November 2016)
See the iconic 1916 film by Geoffrey Malins and John McDowell, with Laura Rossi‘s acclaimed music performed live. To mark the centenary of the end of the Battle of the Somme, Imperial War Museums (IWM) and Somme100 FILM present this extraordinary and moving UNESCO-listed historical film, accompanied live by the BBC Concert Orchestra. Somme100 FILM are working with IWM, as members of the First World War Centenary Partnership, to show this film to audiences across the world alongside performances of Laura Rossi’s acclaimed score. Somme100 FILM is supported by Arts Council England, and Faber Music. 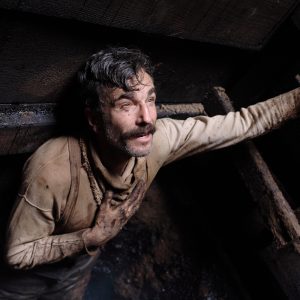 There Will Be Blood (c) BFI

There Will Be Blood (Monday, 30 January 2017)
Paul Thomas Anderson’s Oscar-winning film is accompanied by a live orchestral performance of Jonny Greenwood’s score. A masterwork of dramatic tension, instrumental experimentation and bricolage, it integrates work by Arvo Pärt and Brahms. The soundtrack is realised in a special performance edition by the London Contemporary Orchestra. The LCO has been performing Greenwood’s compositions since 2008 and in 2012 the orchestra recorded his score for Anderson’s The Master. For ages 15+. Contains strong violence.

Brief Encounter (Tuesday, 14 February 2017)
Celebrate Valentine’s Day with this special screening of Brief Encounter, featuring a newly commissioned orchestral soundtrack performed by Southbank Centre’s resident orchestra. David Lean‘s 1945 film traces the repressed infidelity of a married doctor and suburban housewife who meet on a train platform. The performance is introduced by actor Lucy Fleming (daughter of Celia Johnson, who received an Oscar nomination for her performance in the film). A complete recital of Rachmaninov’s Piano Concerto No.2 precedes the screening. 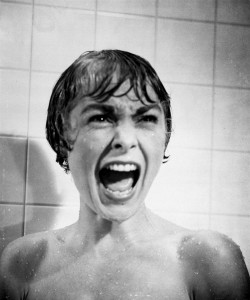 Under The Skin (Tuesday, 4 April 2017)
A screening of Jonathan Glazer’s intoxicatingly strange Under the Skin, accompanied by a live performance of the soundtrack. Hailed as a modern masterpiece, it features an otherworldly Scarlett Johansson stalking the suburbs of Glasgow in an adaptation of Michael Faber’s novel. It is destined for cult status, thanks in no small part to a beautiful, elemental and skewed score by Mica Levi. Levi was previously best known as a DJ and singer-songwriter in her band Micachu and the Shapes, with whom the London Sinfonietta has collaborated. Her score, which threads strains of Ligeti and John Cage through a hazy mix of the digital and the acoustic, was nominated for a BAFTA.

Psycho (Friday, 23 June 2017)
A cinematic masterpiece comes alive with Bernard Herrmann’s spine-tingling score performed by the London Philharmonic Orchestra. Robert Ziegler conducts at this special screening of one of the greatest of all movie thrillers. 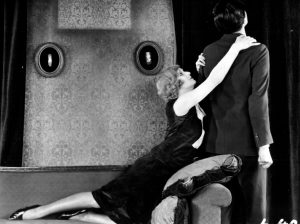 The Lodger (Saturday, 24 June 2017)
Organist David Briggs plays a live, improvised soundtrack to Alfred Hitchcock’s film The Lodger. Described by classicalmusic.com as ‘one of the world’s finest organists’, David Briggs is a virtuosic improviser for the instrument. Hitchcock found his métier as a director in this silent film, released in 1927. Subtitled ‘A Story of the London Fog’, it explores a landlady’s concerns about her mysterious tenant during the hunt for a Jack the Ripper-style serial killer. Starring matinee idol Ivor Novello, the film conjures up a city’s paranoia and takes a long look into the darker corners of the human heart.

There will be a pre-concert talk at Royal Festival Hall at 6.15pm, in which David Briggs discusses the art of improvising a film soundtrack with Southbank Centre’s Organ Curator, William McVicker. Admission free.

What You Need to Know: Alfred Hitchcock (Saturday, 24 June 2017)
Alfred Hitchock’s films rely on music for their exquisite building of tension. Nowhere is this more true than in his late collaboration with composer Bernard Herrmann on films such as Vertigo and Psycho. Explore Hitchcock’s masterful use of music in this illuminating one-day course.

Vertigo (Sunday, 25 June 2017)
The ‘greatest film of all time’ (Sight and Sound) comes alive with Bernard Herrmann’s spine-tingling score performed by the BBC Concert Orchestra. A psychological thriller about fear and obsession, Vertigo has hypnotised audiences since its release in 1958. Jessica Cottis conducts.

Southbank Centre is the UK’s largest arts centre – home to the Royal Festival Hall, Queen Elizabeth Hall, Purcell Room and Hayward Gallery as well as The Saison Poetry Library and the Arts Council Collection – and sits in the midst of London’s most vibrant cultural quarter on the South Bank of the Thames.