London four-piece H.Grimace release their debut album, Self Architect, this month; a dark blend of alt-rock experimentation and post punk ideals. The album is at times bruising but remains compelling throughout as it combines sonic dissonance with swirling melodies. Building on previous releases I Am Material and last year’s 7” release, Royal Hush (with ‘Royal Hush’ also appearing on the album), Self Architect feels like the band finding their zone, honing and perfecting the sound which they have developed over the past four years with a sharper, more accomplished output the result.

There are elements of dream pop, shoegaze, alt-rock and post punk across the albums 10 tracks. ‘Royal Hush’ is a hazy number built on thick bass and percussion, before layers of instrumentation are added, with numerous guitar lines, dense reverb and rich tones creating a wall of noise with psych overtones. Whilst ‘Lipsyncer’ might be blessed with a lovely melody, courtesy of lead singer and guitarist Hannah Gledhill, the likes of ‘Thoroughbred’, the albums snarling opener, prove H.Grimace aren’t content with ethereal soundscapes and there is bite throughout.

The record is also grounded in real life experiences and concerns, with the band saying of new single ‘Call It Out’, “it was initially a response to a friend who had been drugged at a party but couldn’t identify the perpetrator. But generally the song was about naming something you think should be said but are afraid to say.” H.Grimace’s work is defined by their self-reflective lyricism and willingness to question and challenge contemporary social pressures of image, work, power and they even touche on wider environmental issues (on ‘Land/Body’). These ideas are complemented by a contribution from poet and artist, Vivienne Griffin, on ‘2.1 Woman’, who critiques the pressures on women in modern society.

Alongside Gledhill, H.Grimace is made up of Marcus Browne (guitar), Corin Johnson (bass) and Diago Gomes (drums). Gledhill came to the music scene relatively late, with H.Grimace her first band, having only started playing music at 25. In that context, the overarching sense of the band realising their sound and vision on this album makes sense, as every prior release has been part of the learning experience. The varied messages of the album are complemented by striking album artwork created by Gledhill, who has a background in art and credits H.Grimace with giving her a clearer sense of direction and purpose to her work. The title is a reflection of this imagery, a rejection of self-promotion, fake profiling and the need to present the best version of ourselves in modern society.

The album was recorded with long standing engineer and friend Rory Attwell and mixed by both Attwell and Ben Greenberg, formerly of The Men. Upcoming live dates include an album launch show at Rough Trade East.

Self Architect is set for release on April 7th via Opposite Number. 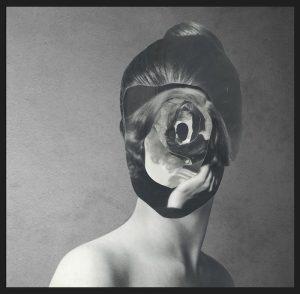