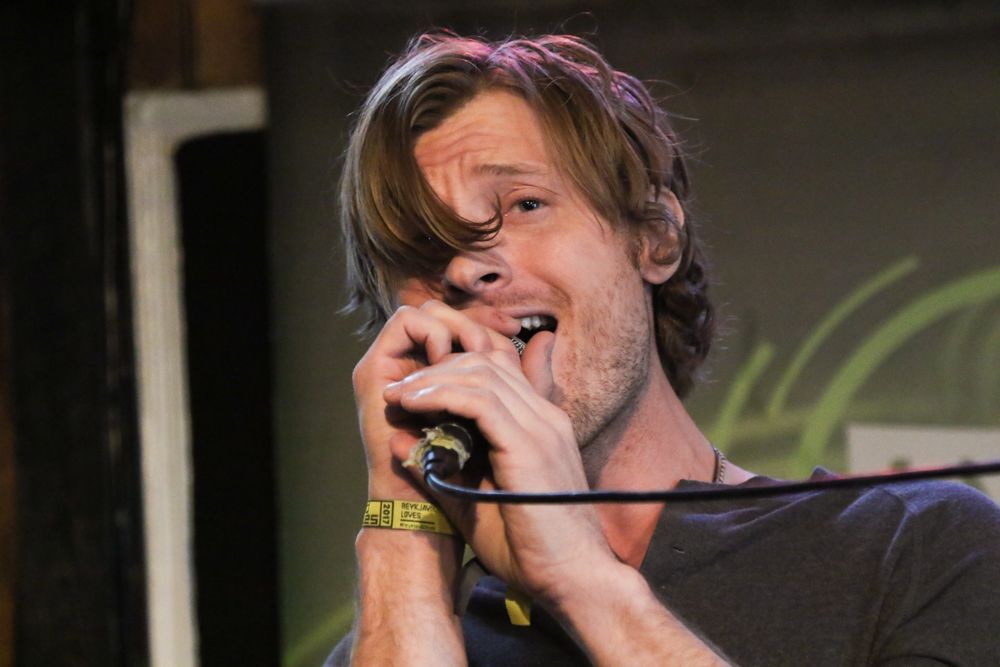 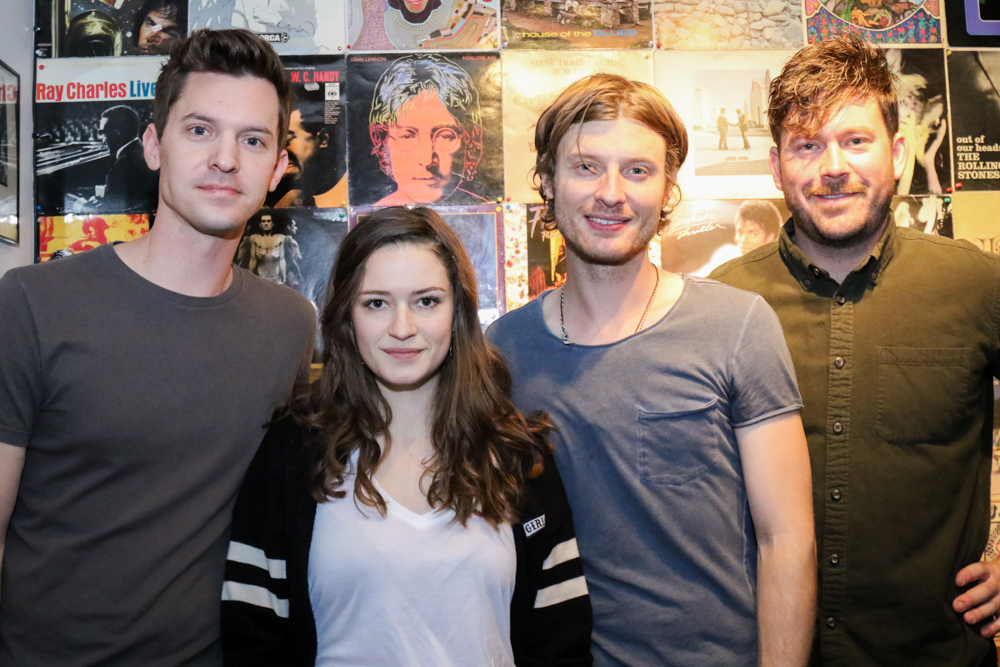 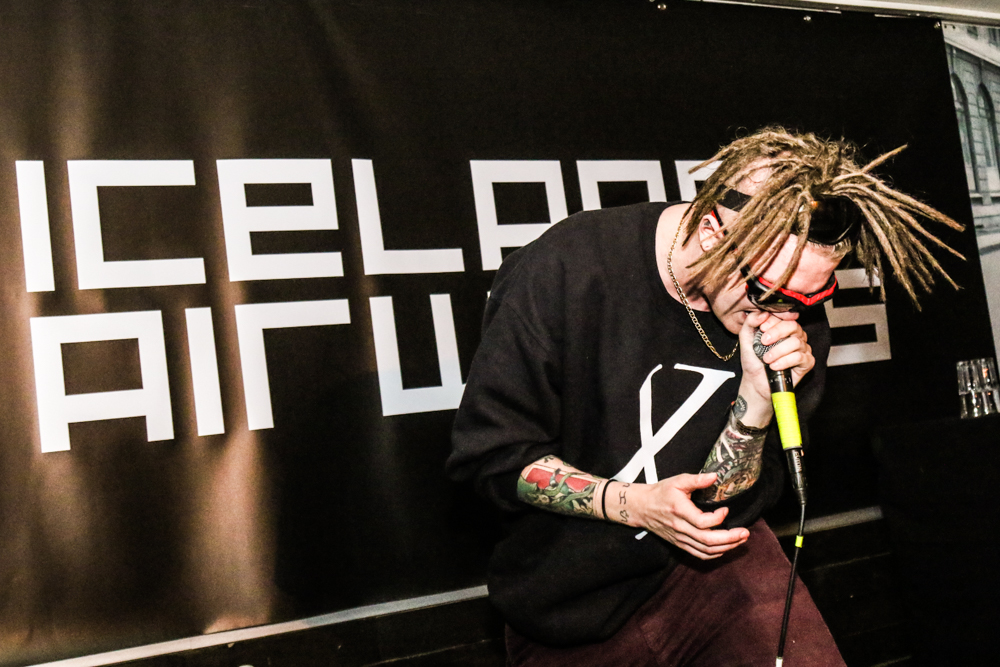 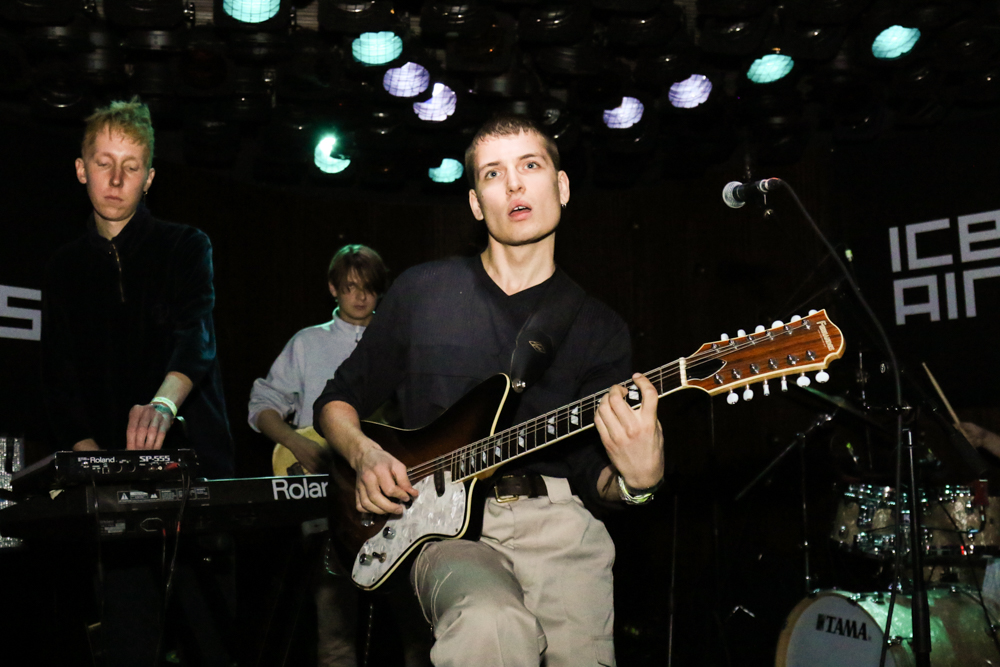 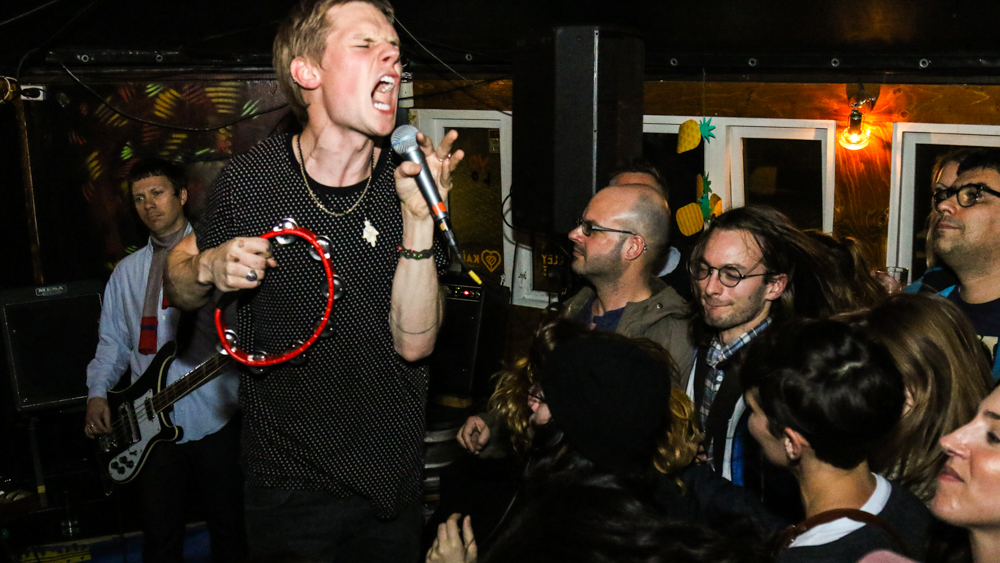 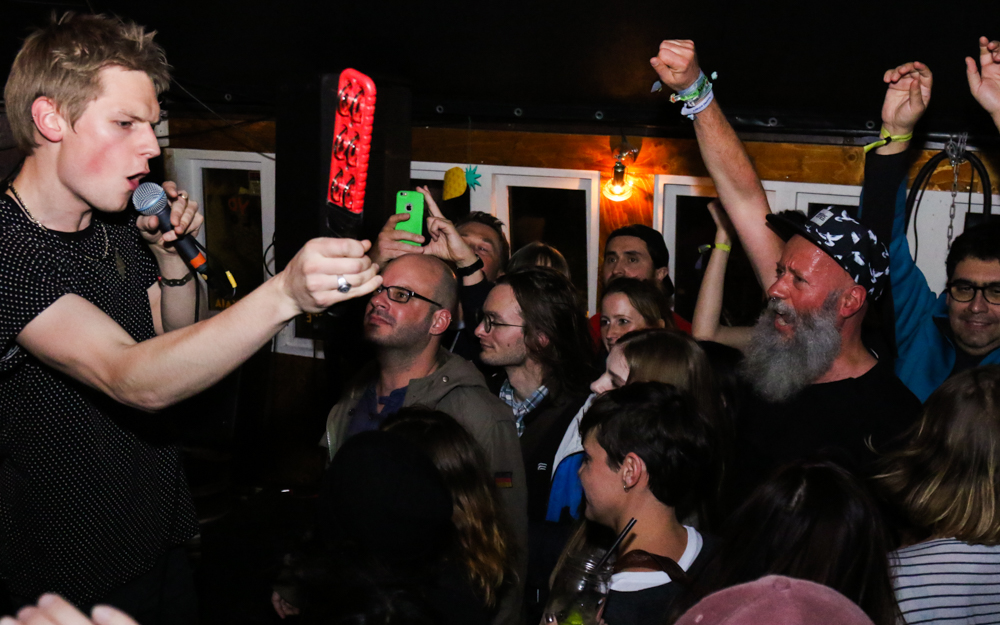 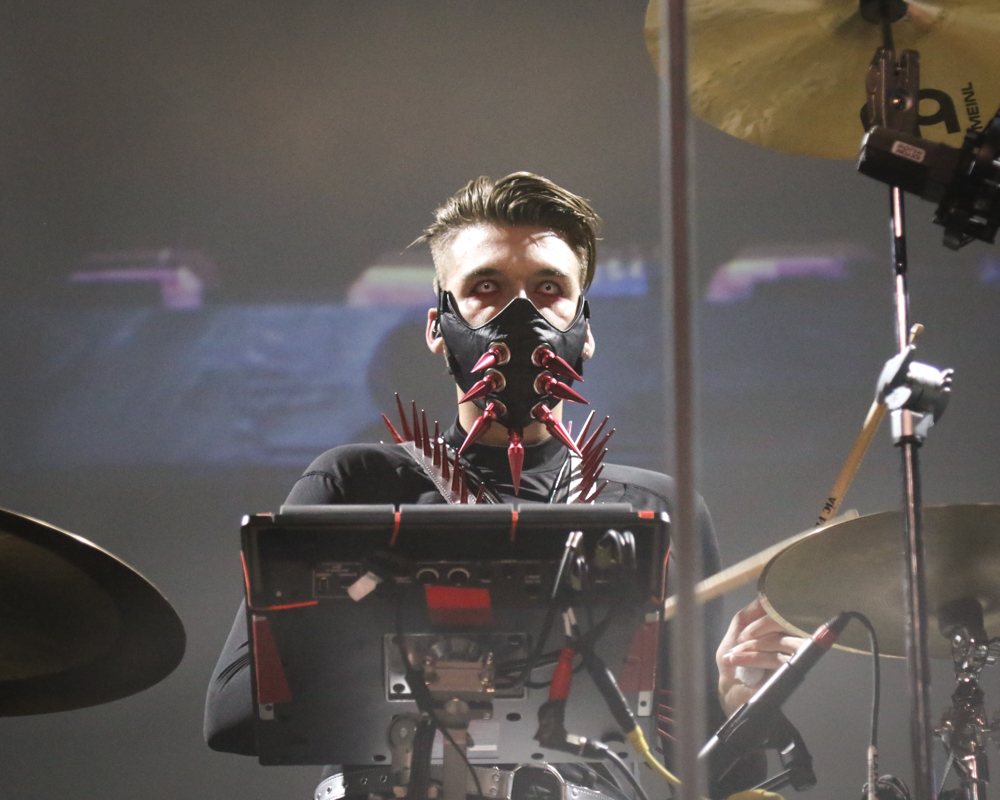 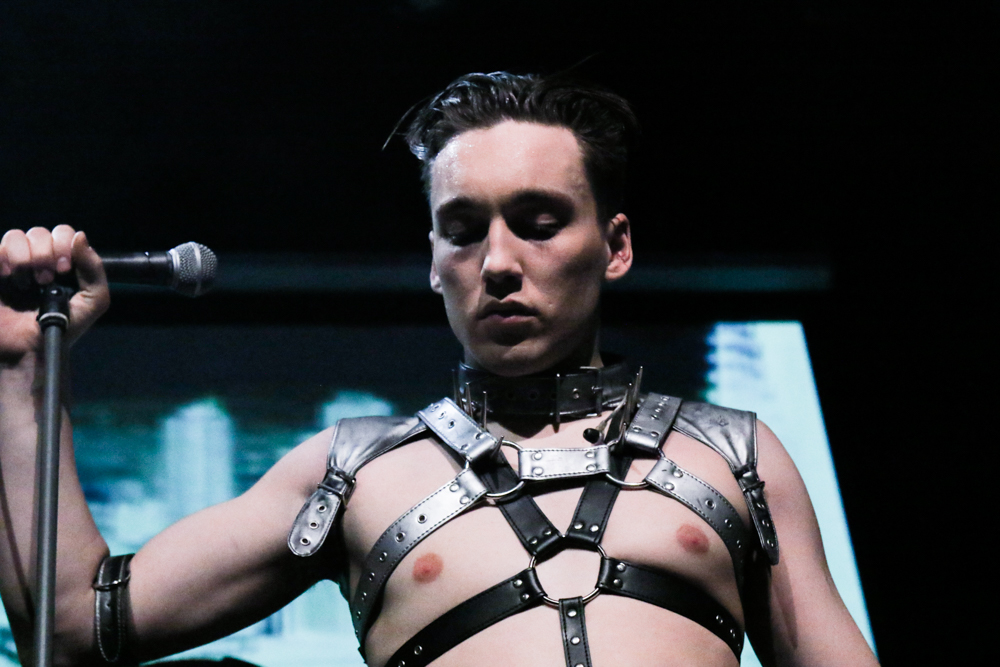 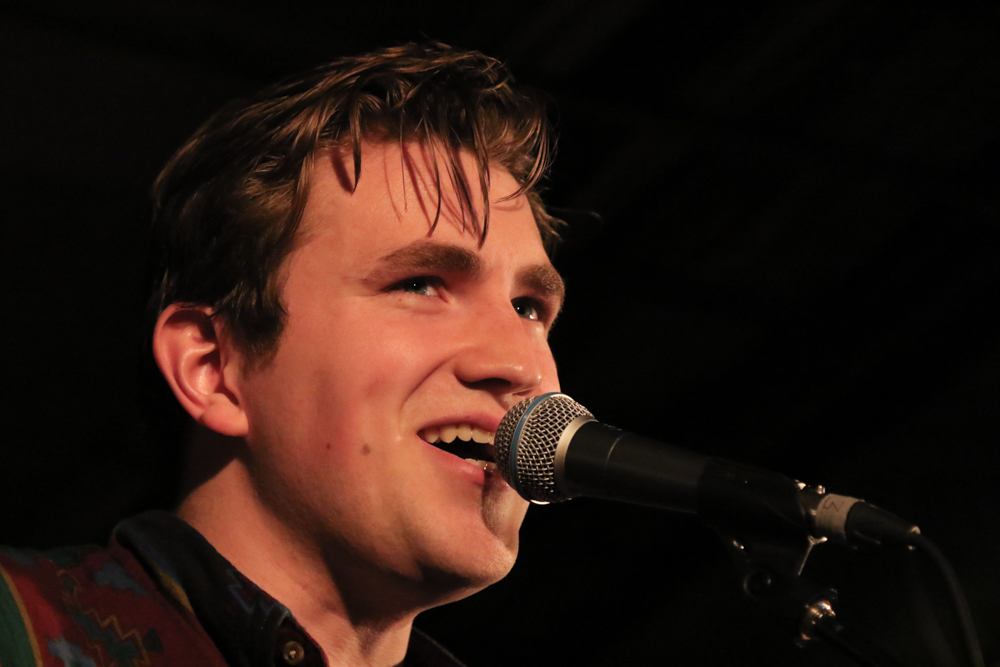 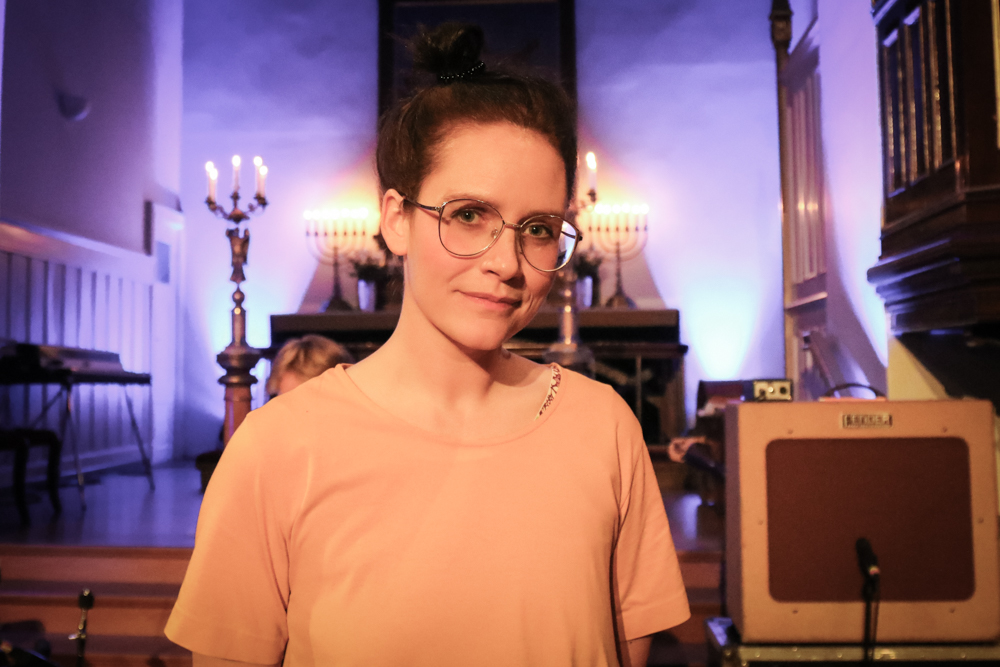 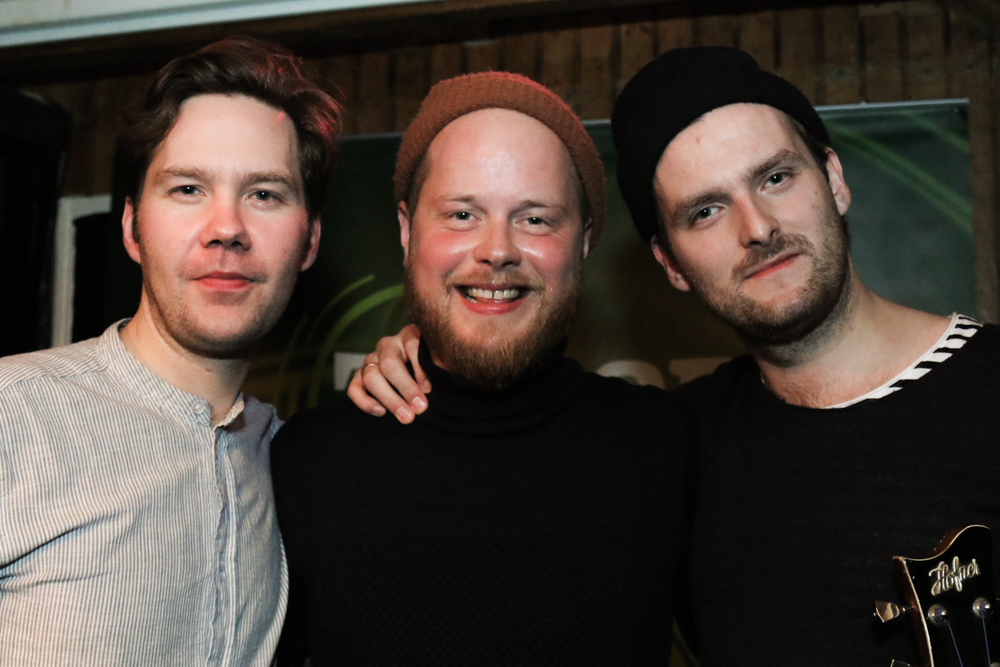 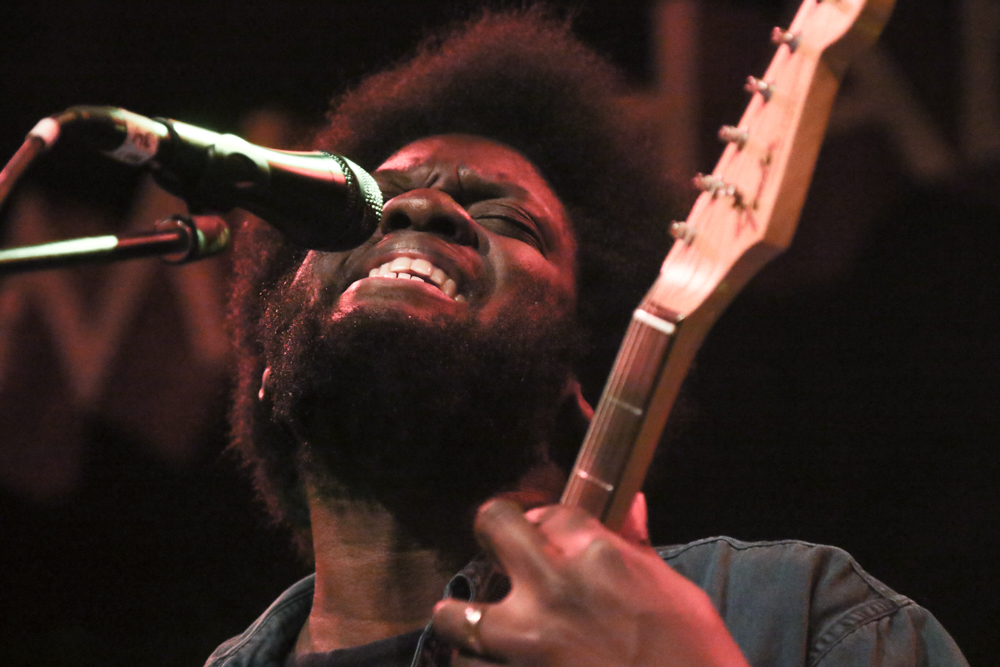 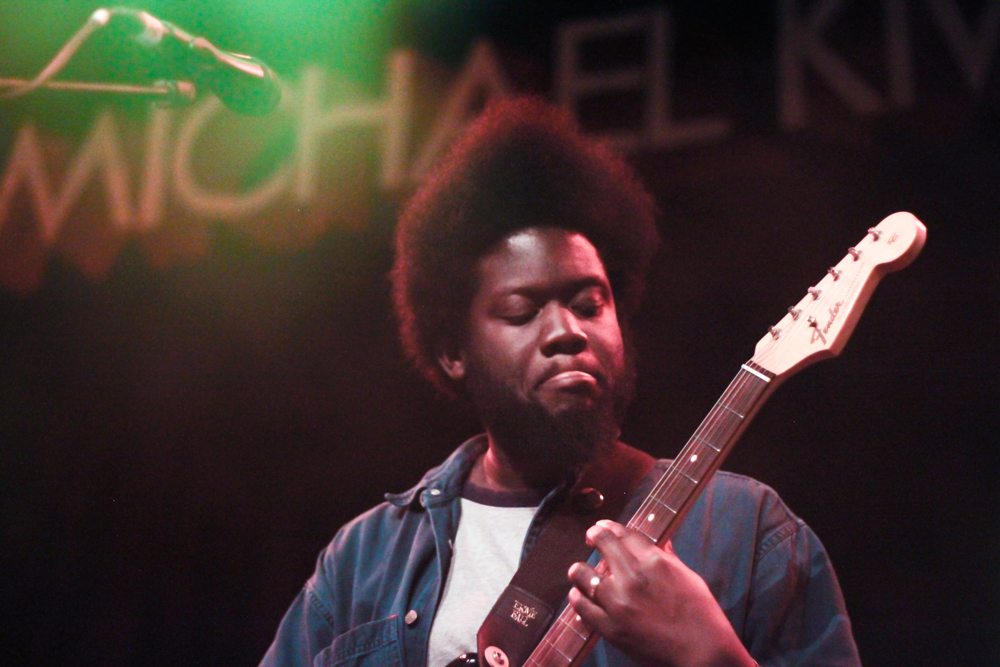 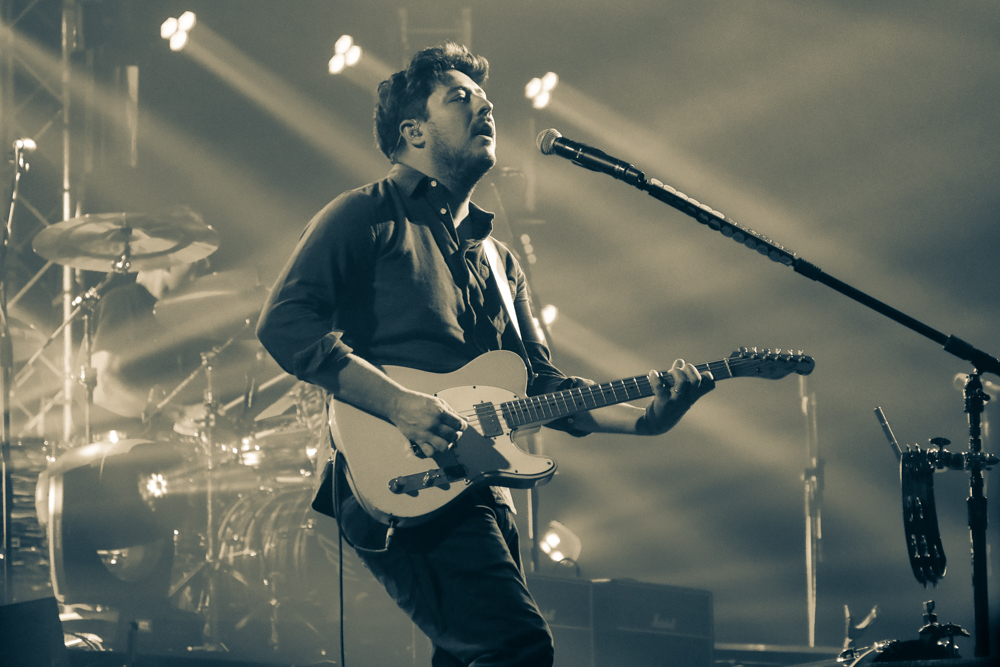 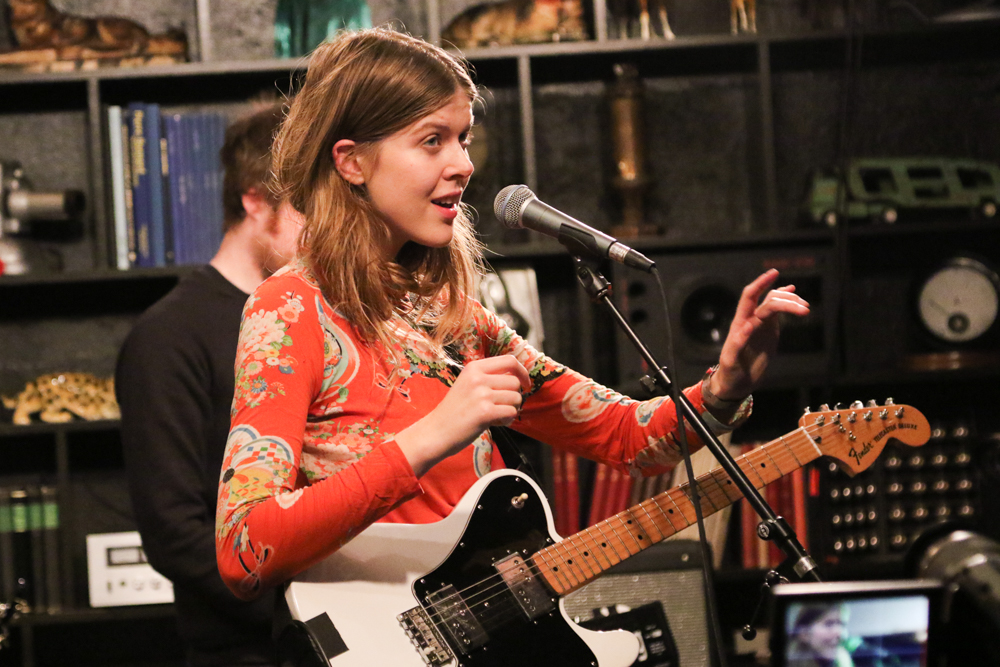 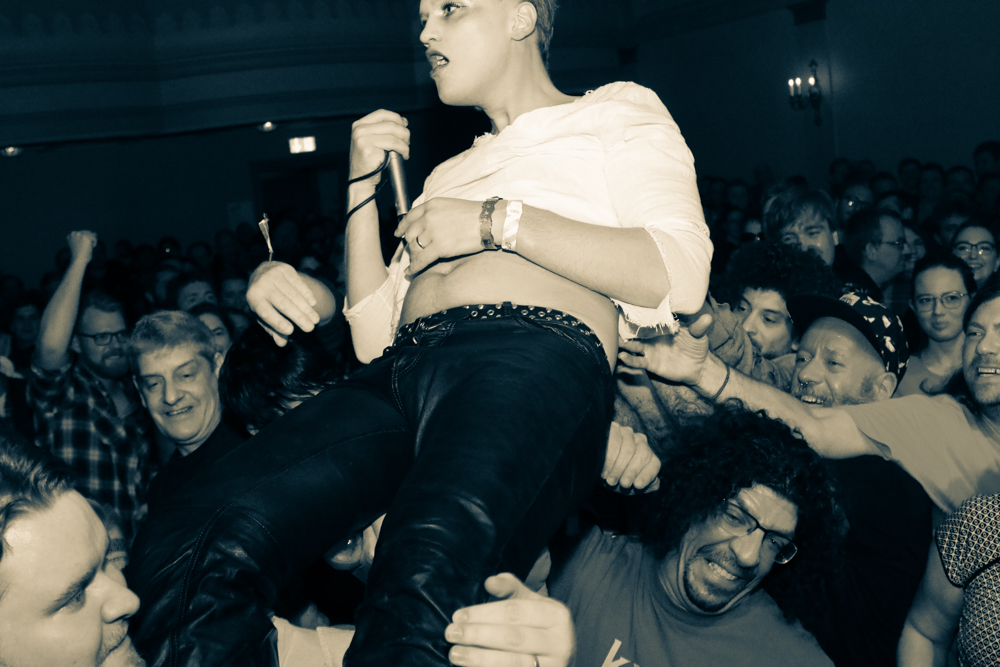 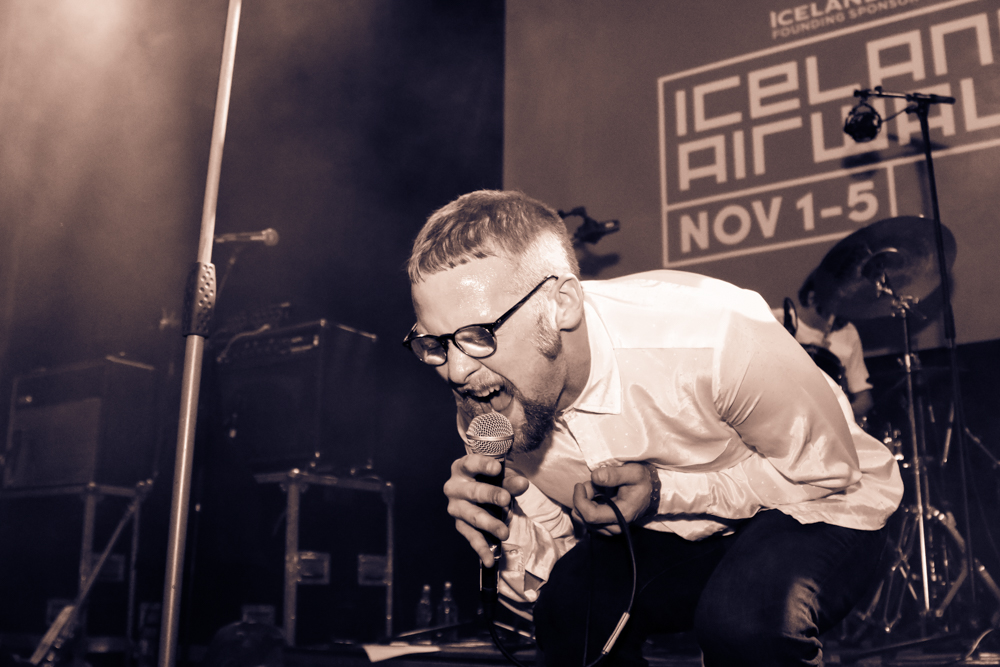 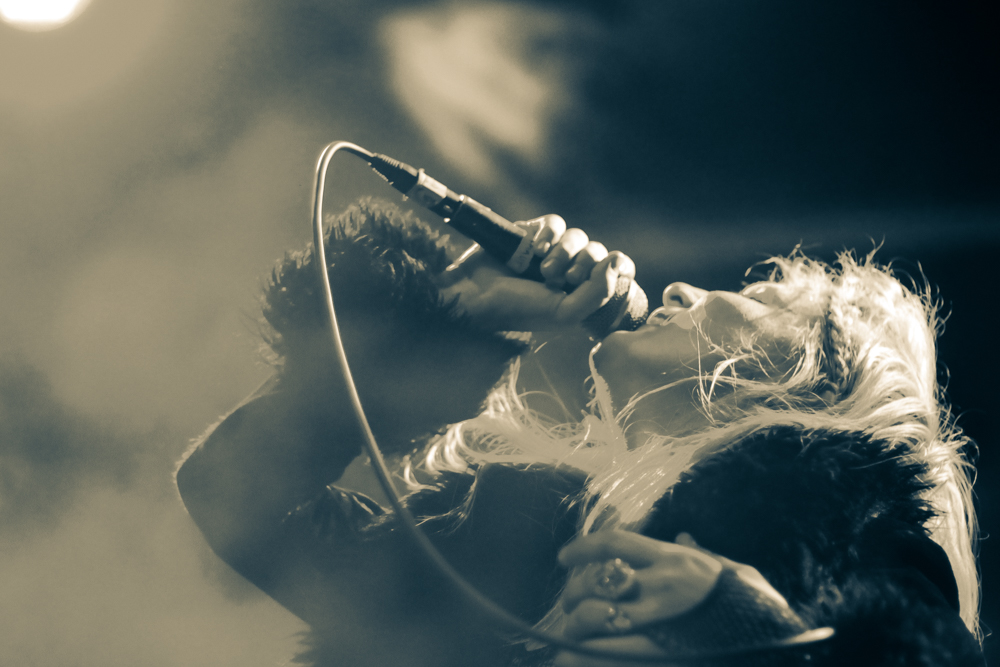 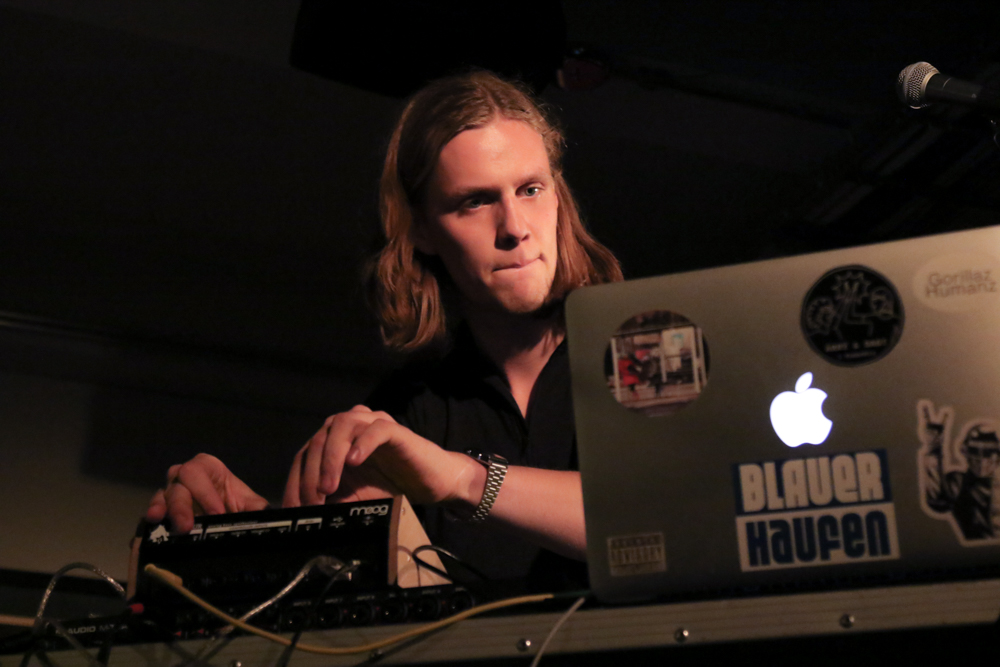 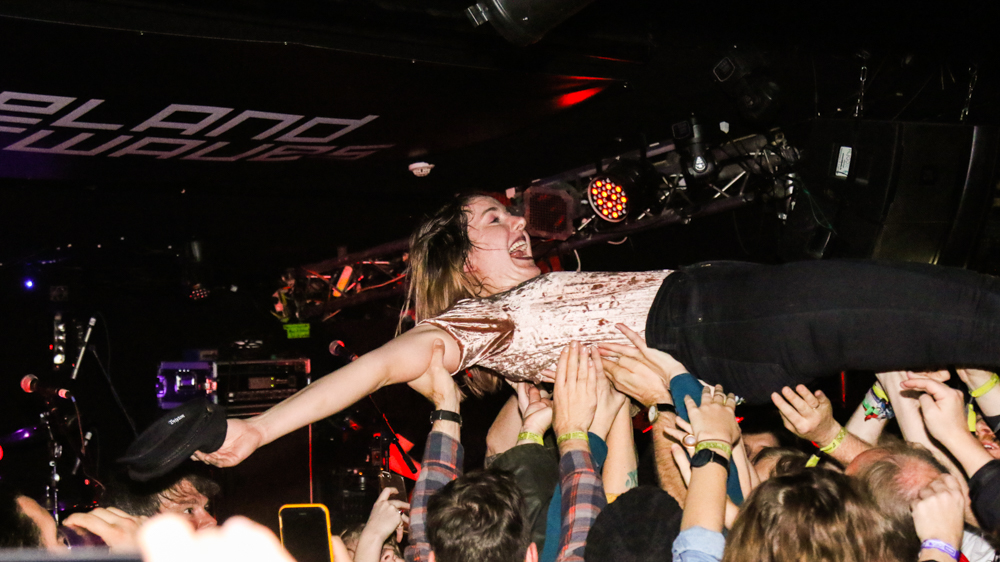 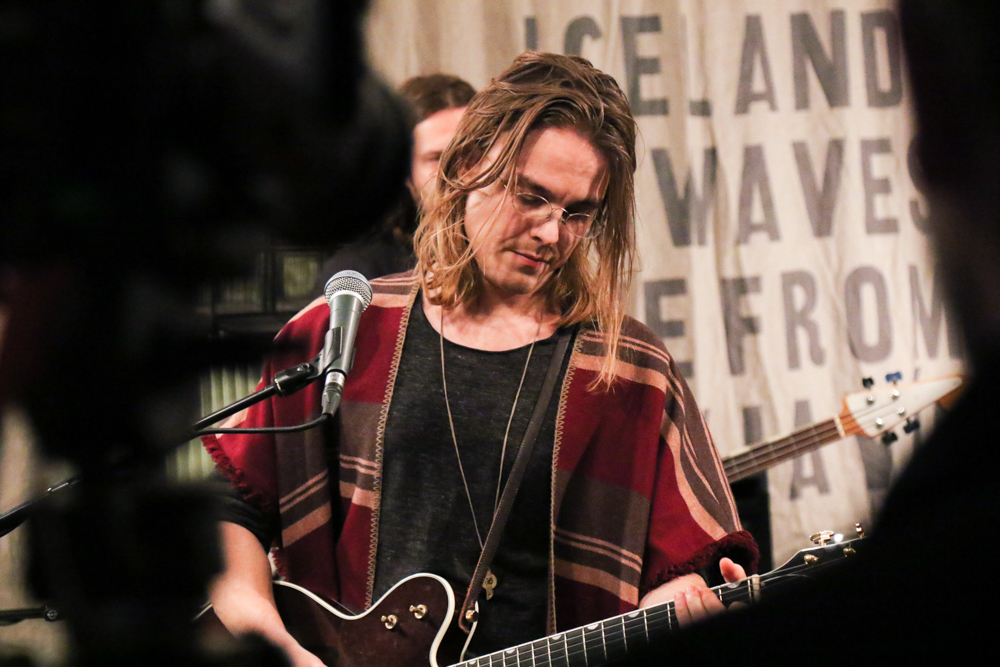 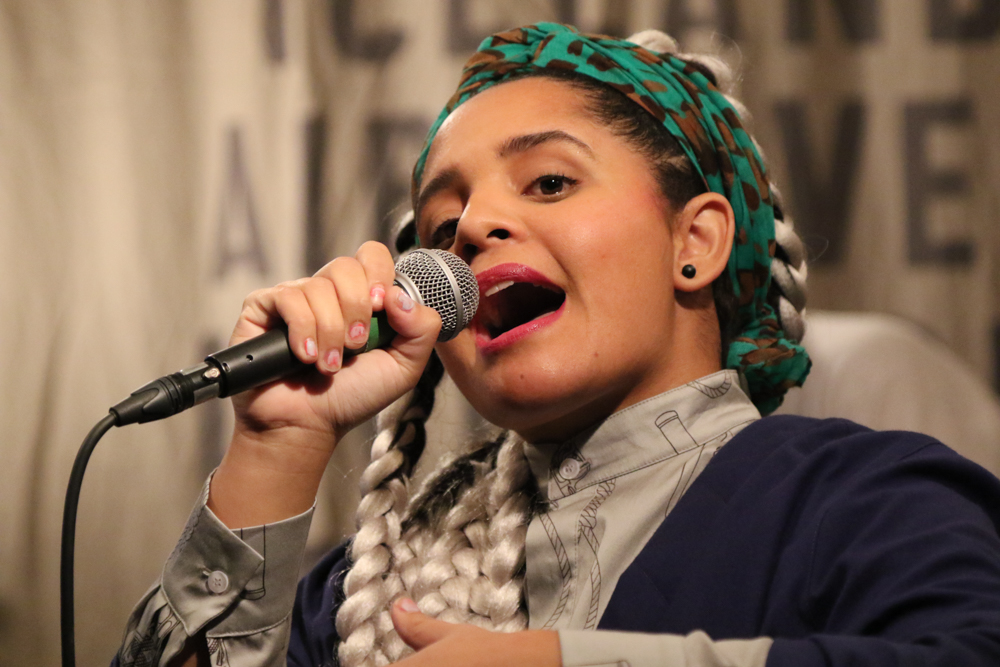 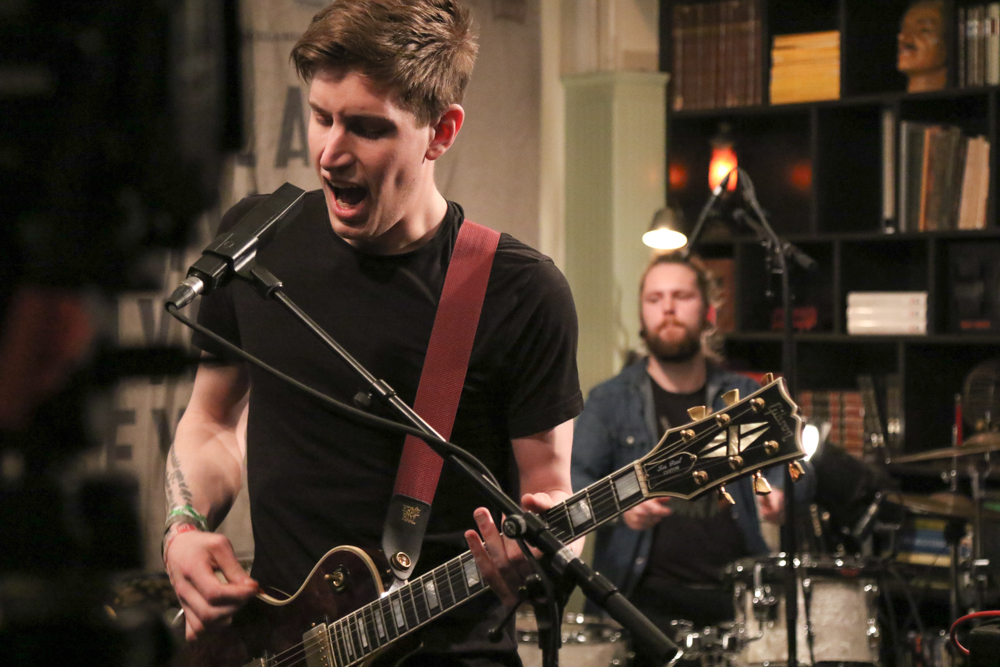 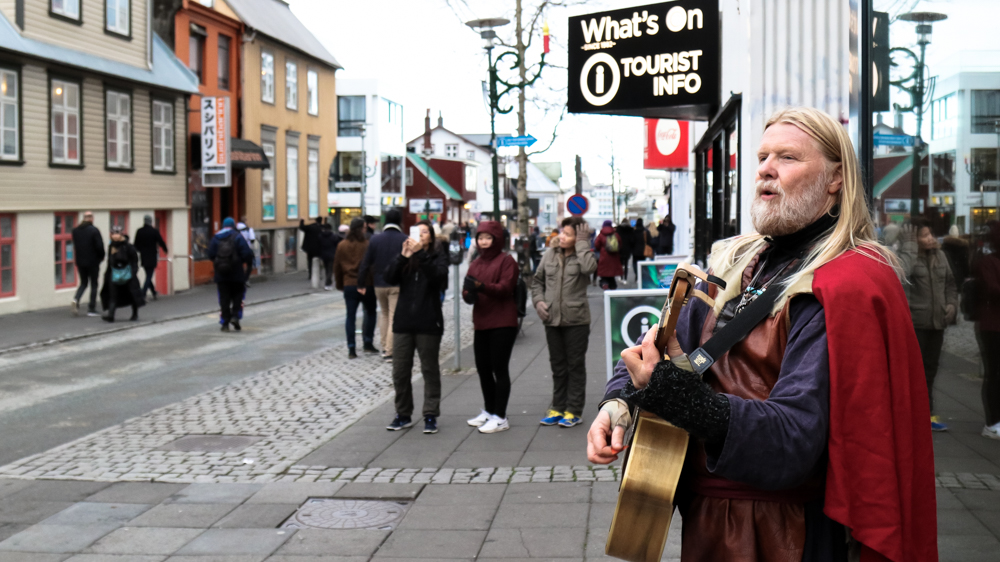 Like the North Atlantic storm that raced into Reykjavík on Sunday evening, Iceland Airwaves 2017 came and went in a whirlwind, having played host to a veritable smorgasbord of live music.

Held annually in the world’s northernmost (and possibly most expensive) capital, Airwaves has moved on considerably since its inception in an aeroplane hangar in 1999. This year, the festival was held in thirteen ‘on’-venues and a variety of other ‘off’-venues all across Reykjavík, and – for the first time – in Iceland’s second city, Akureyri.

Although the magnificent Harpa – Reykjavík’s musical focal point – only hosted a handful of shows this year (including Fleet Foxes and local internationally-acclaimed singer-songwriter Ásgeir), the other venues were impressively full, boasting energetic shows and a plethora of up-and-coming talent from Iceland and beyond.

One such venue was KEX Hostel, overlooking the seafront (and the breathtaking view of the snow-capped Esja mountain). KEX is always one of the most exciting spots of Airwaves, where Seattle’s KEXP radio station broadcasts the musical offerings live across the Atlantic Ocean to the west coast of America. Notable acts this year were local two-piece electro-dance act Kiasmos, who packed out the venue on the first night with their experimental techno, and internationally-renowned local artist Emilíana Torrini, who played a short morning set of beautiful songs, such as her 2009 single ‘Jungle Drum’ with her orchestra, The Colorist.

At Airwaves, sometimes it’s in the least expected places where you discover new music. Graveyard Club, a four-piece alt-indie band from Minnesota, played upstairs in Dillon, a small bar on Reykjavík’s main shopping street. With a singer with smooth vocals somewhere in between those of Chris Martin (Coldplay) and James Walsh (Starsailor), the vocal harmonies and tightness between the synth, guitars and rhythm shone through in their upbeat set, which included their excellent new single, ‘Ouija’.

The nature of a metropolitan music festival means you’re always going to stumble upon something completely unexpected. Icelandic rapper Elli Grill – best known for his rap collective, Shades of Reykjavík – was one such act, and a complete curveball. With long blonde dreadlocks, sunglasses and his DJ on the decks, his late night old-school rap emanating from the small Hressingarskálinn bar in front of around 30 people was captivating.

Copenhagen-based synth-pop duo, GENTS, were another unexpected discovery. Although their style harked back to Talk Talk and OMD synth of the early-1980s, their sound in the basement of the Hard Rock Café felt fresh and slightly evocative of more synth-led LCD Soundsystem; their set focused heavily on their recent Embrace the Future EP, with some adoring fans leaning over the barrier towards baritone-voiced frontman-guitarist Niels and his synth partner Theis.

Bar Ananas, a small single-storey conservatory-style bar, is a hot, sweaty venue that gets absolutely rammed. Fufanu, perhaps the most exciting Icelandic alt-synth act around, played one of the most energetic performances of the week there, with people peering in and even dancing outside in the cold Nordic air. The arrogance of frontman, Kaktus Einarsson, the thumping rhythms and basslines of the title track of their most recent album, Sports, and a raucous crowd packed in made for an incredible set, and certainly one of the highlights of this year.

Tucked away down a side street, Gamla Bíó is a beautiful old cinema theatre, complete with balcony, which hosted some pretty intense acts over the course of the festival. If you can picture Rammstein meeting the Rocky Horror Show, you’ll be some way towards imagining HATARI, a frighteningly-absorbing synth-metal act including elements of S&M gear, masks, military uniforms and dancers throwing lollipops into the crowd. These guys are developing a cult following in Iceland, and it’s not hard to see why; their refusal to adhere to the norm and their relative online anonymity has built up a sense of intrigue that needs to be experienced to be believed.

The Reykjavik Art Museum is a huge venue, which was just as well when it seemed like the whole of Iceland came to join the FM Belfast party. The crowd swelled during the set, filling the room to bursting point, hands in the air, singing along to the camp party atmosphere generated by such Euro-pop songs as ‘Underwear’ and a sing-along version of Oasis’ ‘Wonderwall.’ It truly was an amazing experience being surrounded by so many people who take the electro-pop five-piece as their own; the atmosphere was electric and wonderfully inclusive.

Local singer-songwriter, Axel Flóvent (who would play a number of shows across the festival, including lead support to the headliners, Mumford and Sons), played strong sets incorporating the haunting ‘Your Ghost,’ ‘Fireworks’ and his new single, ‘City Dream.’

In a little church tucked away near the city’s central lake, Tjörnin, the incredibly talented Sóley graced the piano and used her beautiful, delicate voice to deliver such songs as ‘I’ll Drown’ from her 2011 album, ‘We Sink.’ It was the perfect venue to experience such a graceful set; the pews were full and the assembled congregation spilled out into the aisle and peered over the balcony to witness one of the most beloved singers in Iceland at present.

Singer-songwriter Snorri Helgason is a mainstay of the local scene, having played Airwaves twelve times and having released albums in Icelandic and English. His intimate set upstairs at Dillon bar during Sunday’s storm showed his versatility, spanning folk, ballads and more upbeat pop songs.

The queues for the much-anticipated set from Michael Kiwanuka were long, and it was easy to why.  Although most of his show was quite mellow, his voice was as smooth as butter, ably accompanied by superb musicians behind him. As the crowd chanted for more, ‘There’ll definitely not be an encore: there’s a curfew,’ one member of security said, before Kiwanuka came back on stage and played another two cracking songs.

As the storm increased intensity on the last night of Airwaves (hurricane-force gusts were recorded in the city), the Vallshöllin indoor stadium started to fill for the week’s headliners, Mumford and Sons, who played a superb two-hour set full of exuberance, their wonderful harmonies and even a smattering of Icelandic. It was impressive to see the energy and thought they’d put into their headline show, mixing the more well-known tracks with some a capella harmonies. As far as eagerly-anticipated headliners go, they didn’t put a foot wrong.

Other notable performances from the Icelandic contingent included the amazing vocal range of multi-talented Jófríður Ákadóttir of JFDR; a rare appearance on drums for local experimental artist and multi-talented musician Halldór Eldjárn; the tight sound and strong, precise basslines of electronic pop ensemble Kiryama Family; over-the-top rock band, Grísalappalísa, who threw themselves around the stage (and well into the crowd); and the unique Mammút, who always provide a mesmerising live performance, having recently released their first all-English album, Kinder Versions.

Also worth a mention is Daði Freyr, who missed out on becoming Iceland’s Eurovision entry earlier this year with his song ‘Is This Love.’ An experimental electro-synth-pop artist, he played a number of slightly bizarre sets across a few venues over the week that included a melodica keyboard.

There were also incredibly strong sets from international artists over the week, which included German punk duo, Gurr, who declared they’d never crowd-surfed, before diving into the outstretched arms of the crowd in the small, sweaty Gaukurinn bar; mellow Finnish singer-guitarist Mikko Joensuu, whose ballads with another impressive vocal range slowed down the pace somewhat; and the ‘Colombian Darling,’ Lido Pimienta, who provided an intense and explosive South American attitude to the stage at KEX.

Airwaves has a knack of grabbing you, making you feel an integral part of it, and leaving you wanting more next year. Yes, it’s an expensive week, but early-bird tickets are on sale soon….

Check back for our interviews with Snorri Helgason and Axel Flóvent.