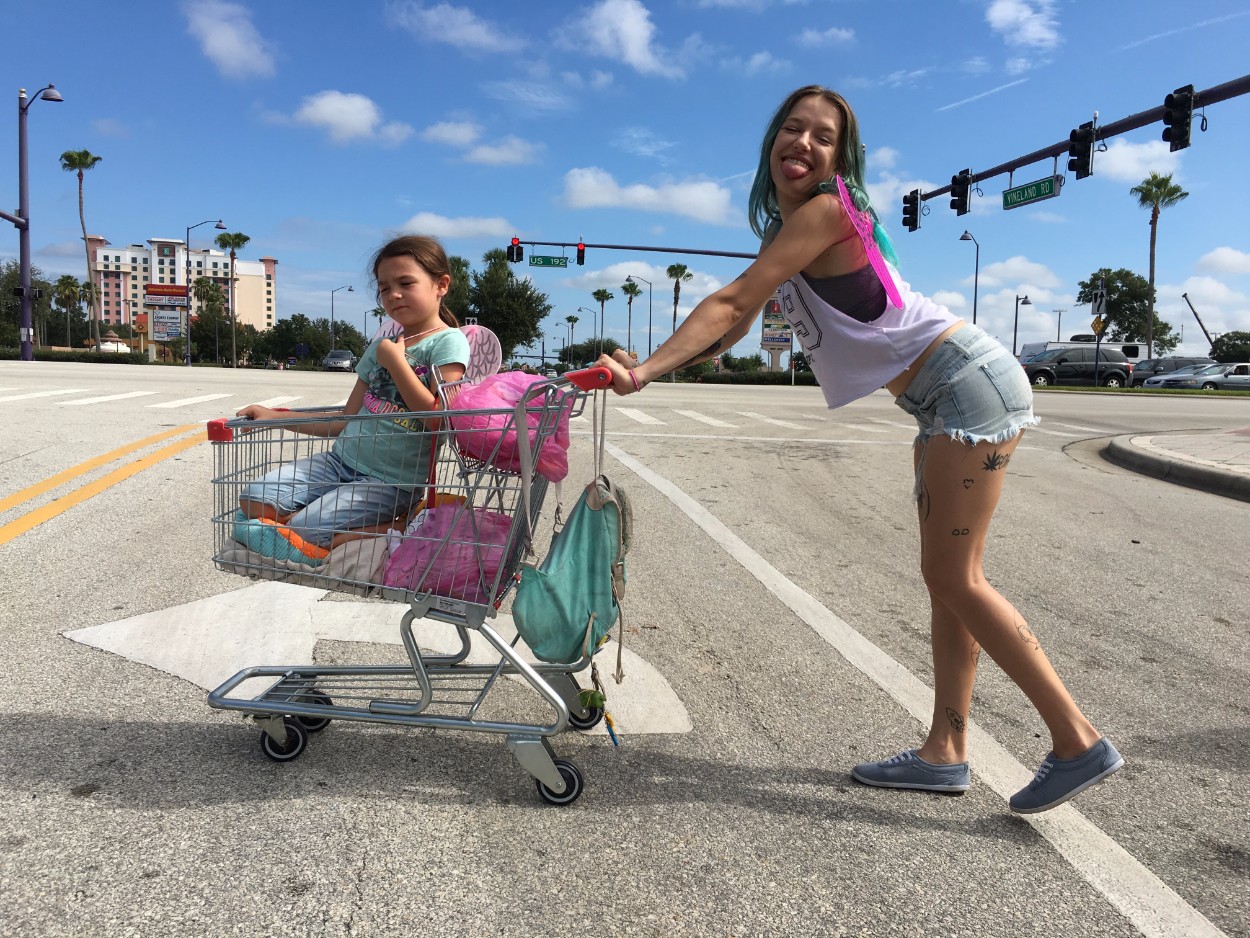 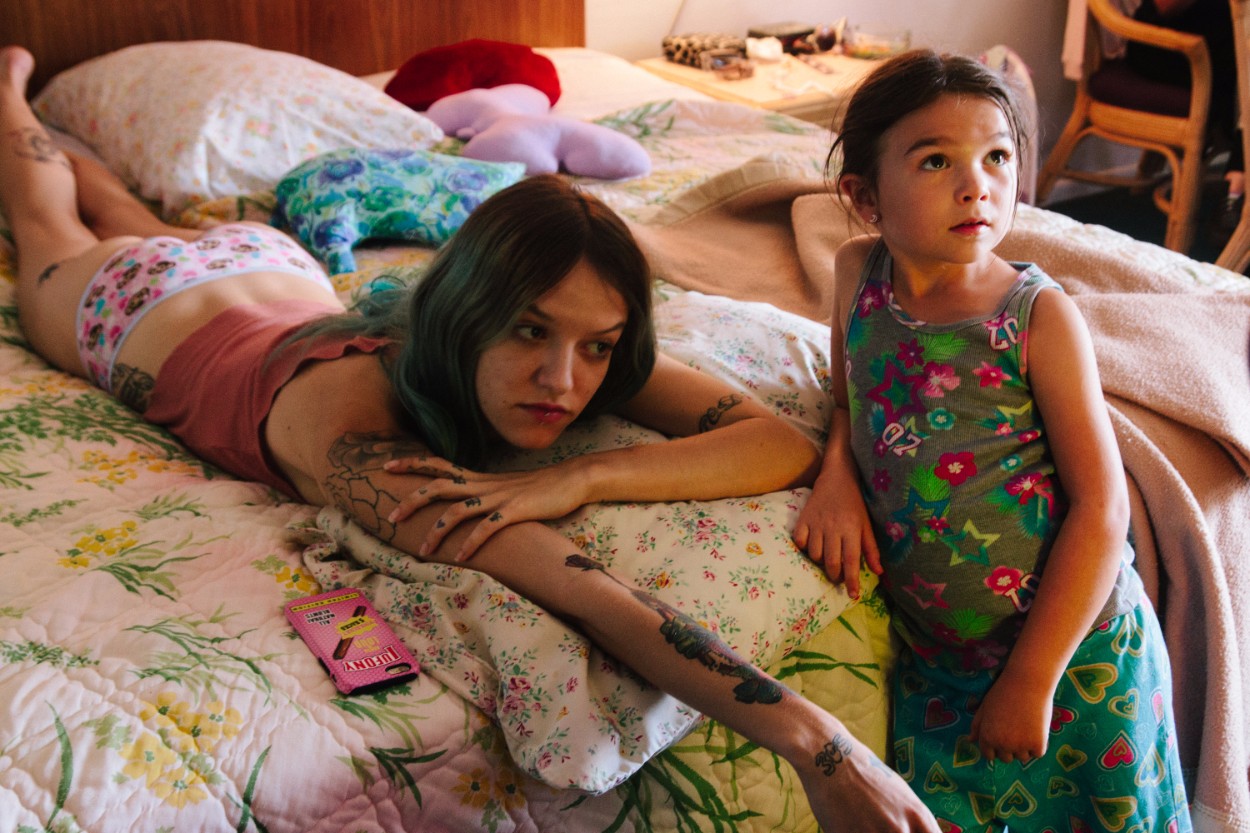 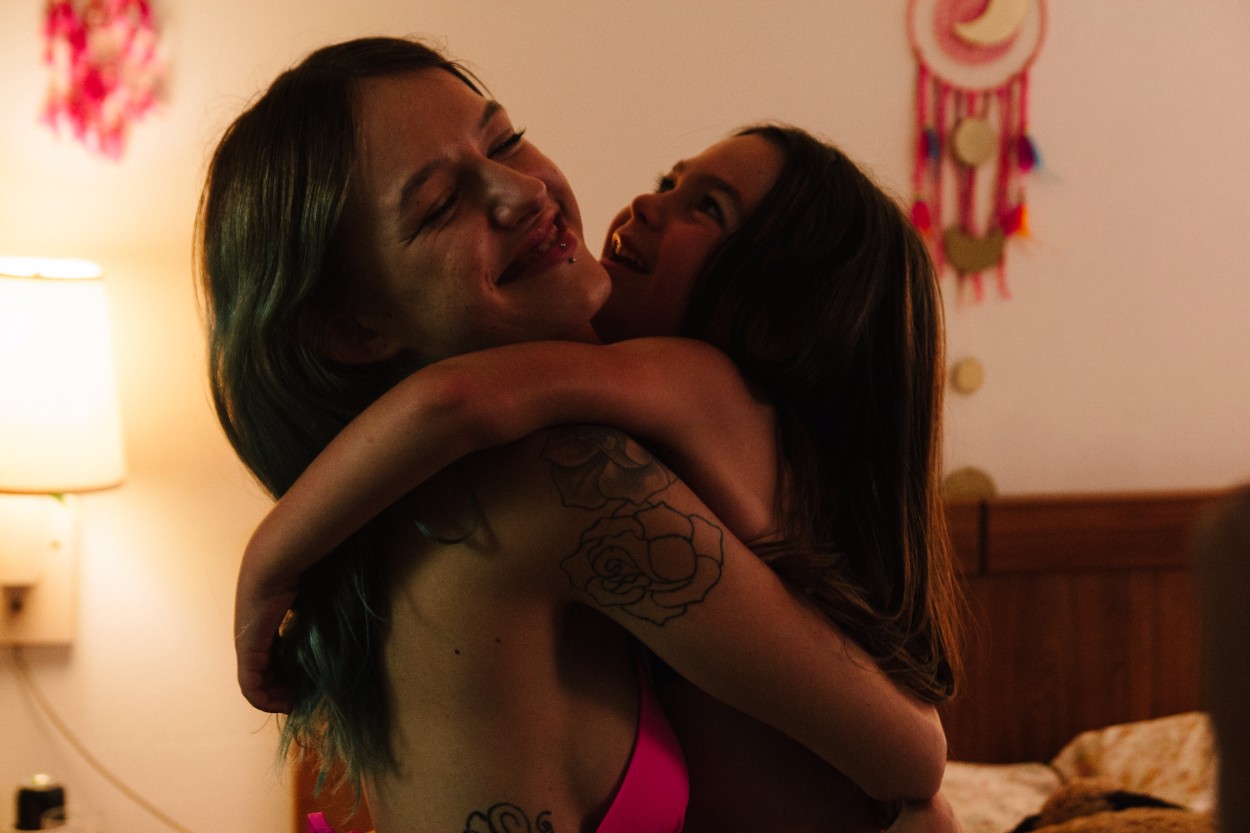 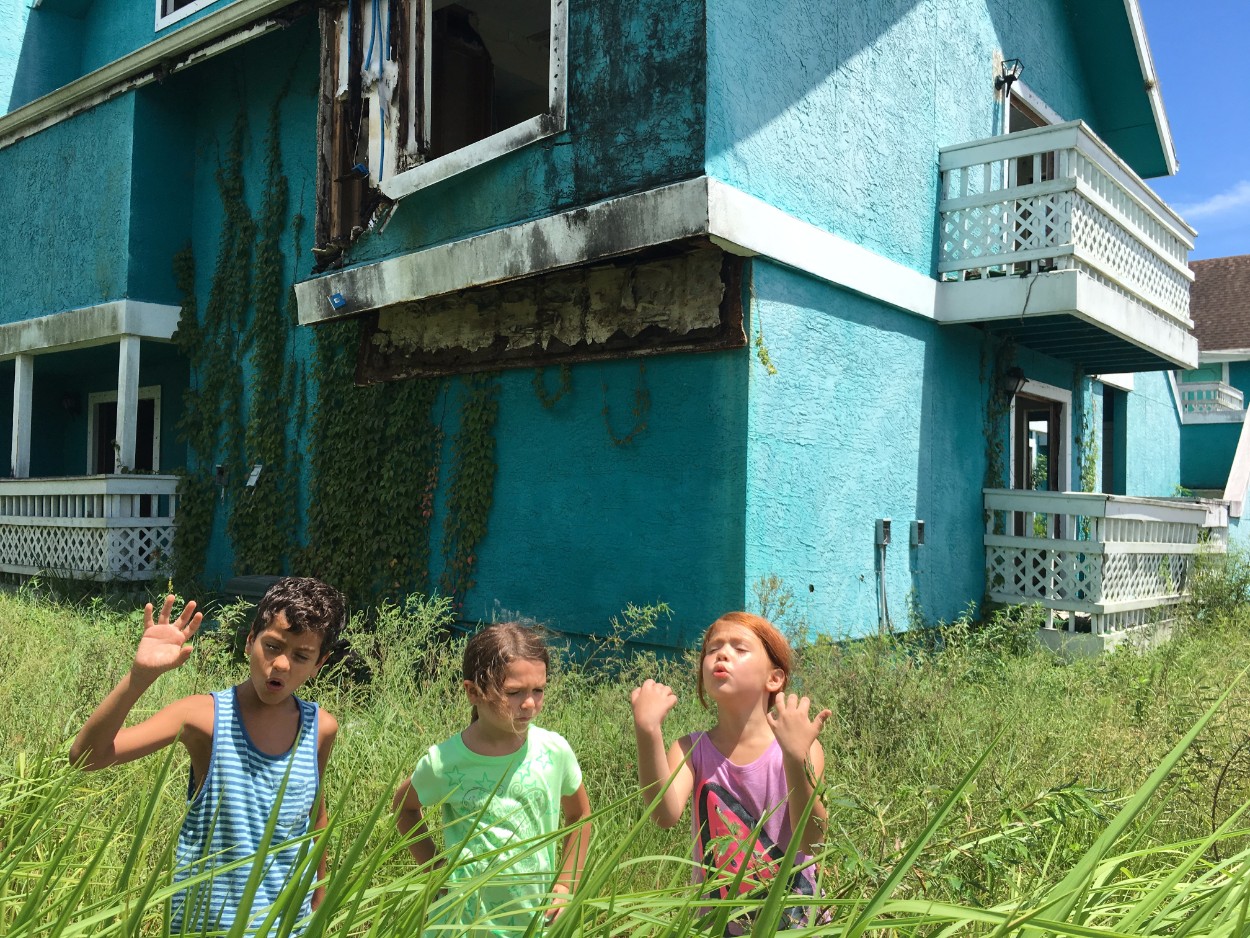 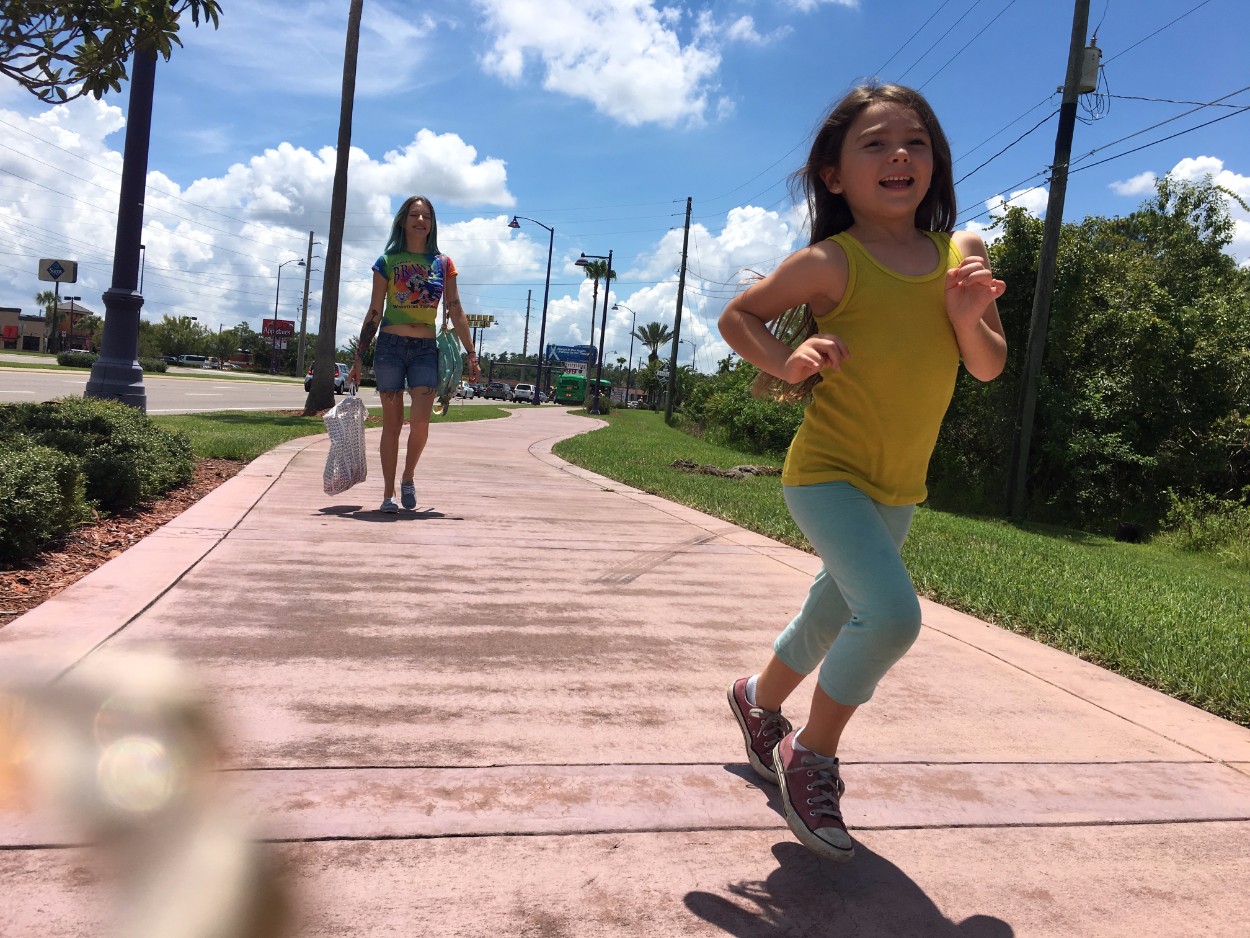 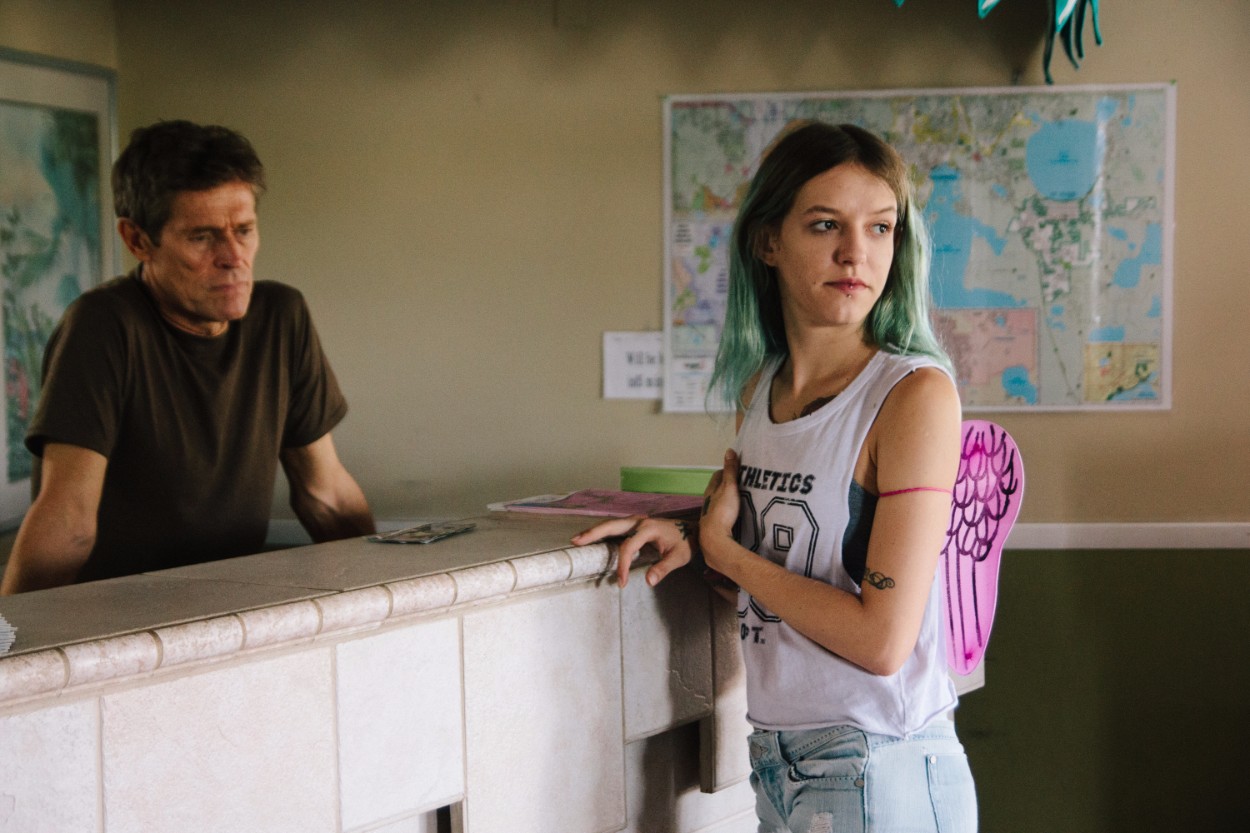 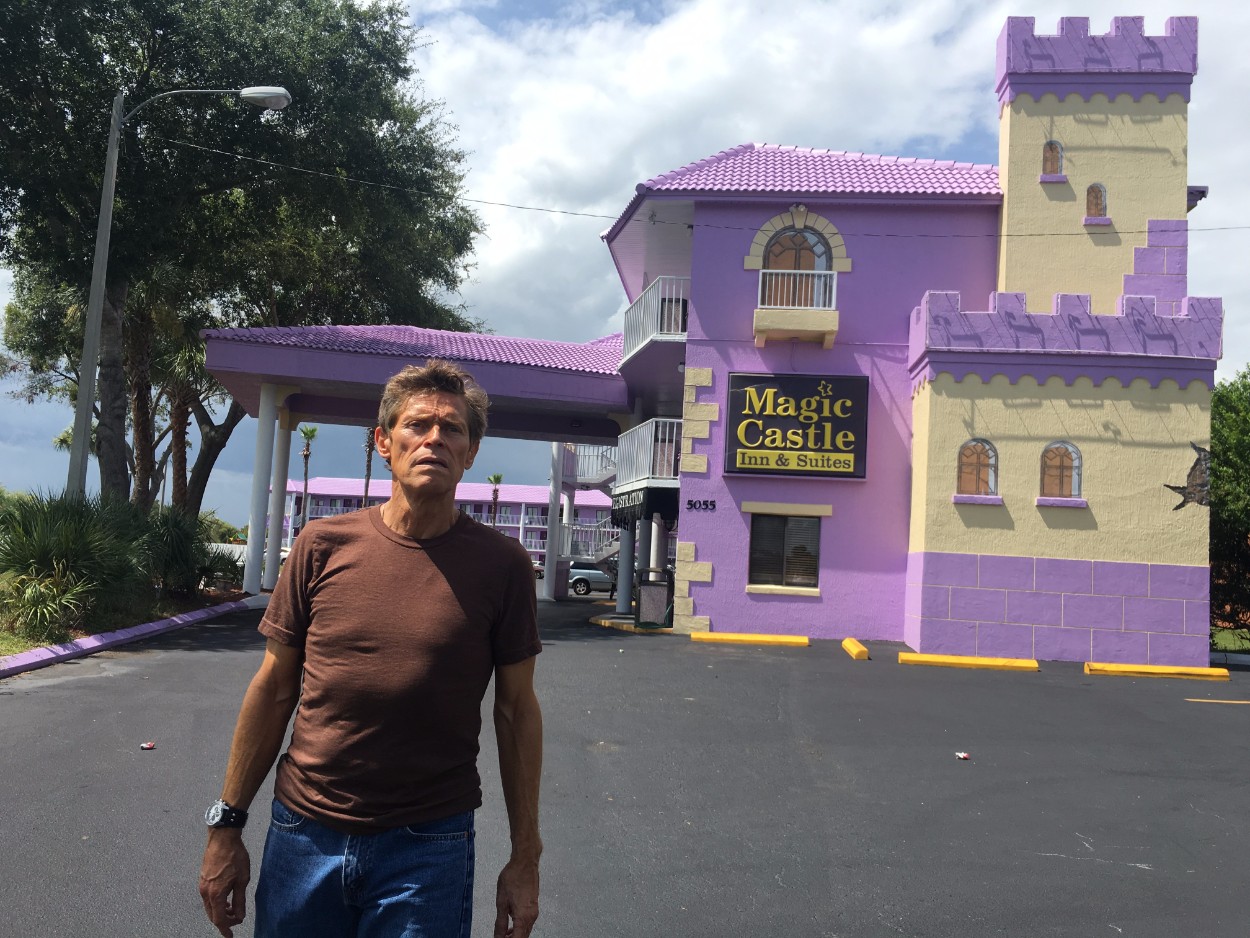 Writer and director, Sean Baker – who famously shot his award winning movie, Tangerine (2015), on an iPhone 5s – has just released his latest production into cinemas. Much like its predecessor, and also co-written with Chris Bergoch, The Florida Project focuses on an aspect of society that is often missing from the big screen, at least in a non-judgemental way.

Filmed in and around a working motel – just outside of Orlando, the vacation capital of the world – and misleadingly named the Magic Castle, The Florida Project tells the story of the precocious six-year-old, Moonee (Brookynn Prince), and her wayward friends, whose families are permanently-temporarily homed in the (often) disappointing getaway for budget holidaymakers visiting Disneyworld, or thereabouts.

Willem Dafoe (The Grand Budapest Hotel, Murder on the Orient Express) joined a street cast of newcomers – Bria Vinaite, Brooklynn Prince and Valeria Cotto – who all resided at the Magic Castle, situated on the main highway that runs through the land of theme parks, resorts and budget motels, during filming.

Dafoe plays the motel manager, and unofficial caretaker of the displaced families, including Moonee and her twenty-two year old mother, Halley (Bria Vinaite); and while the adults are clearly struggling from day-to-day, the carefree perspective of the film, through the eyes of the children and their summertime mayhem, brings a refreshing light to the grim reality of the subject matter.

“I was changed by it,” said Dafoe, speaking to BUILD Series NYC. “I didn’t know this world existed, and I learned about that world and these people became my people for a while and when you learn something like that, it opens you up in a way that makes you a little kinder, a little more flexible, makes you think better. It gives you a bigger heart. I think that’s kinda the function of movies, y’know, to challenge the routines we’re stuck in and the routine thinking. It opens your mind to consider different perspectives.”

The Florida Project is in cinemas now.