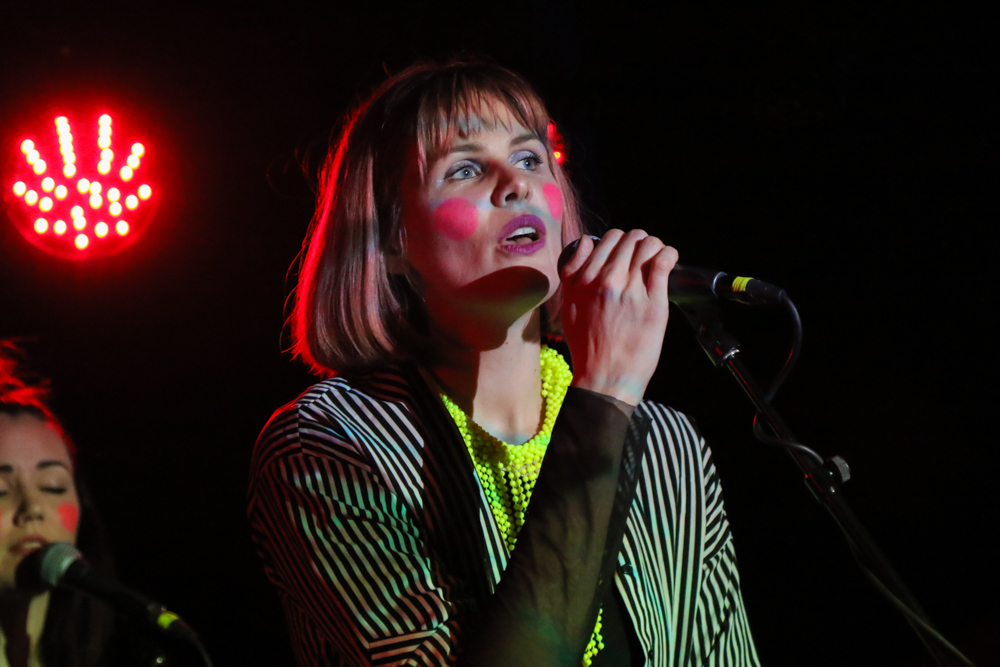 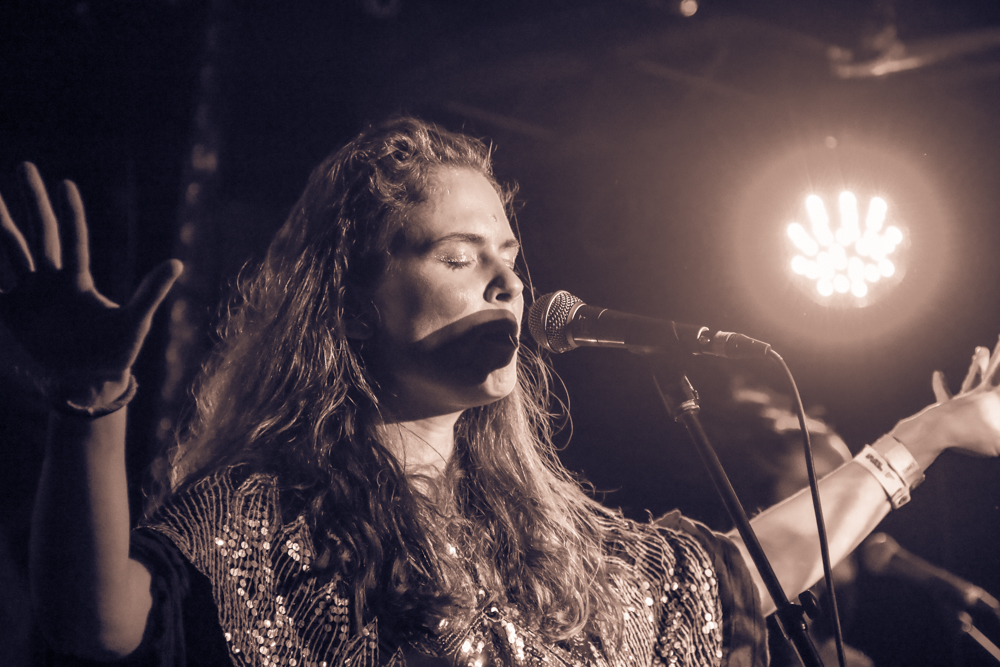 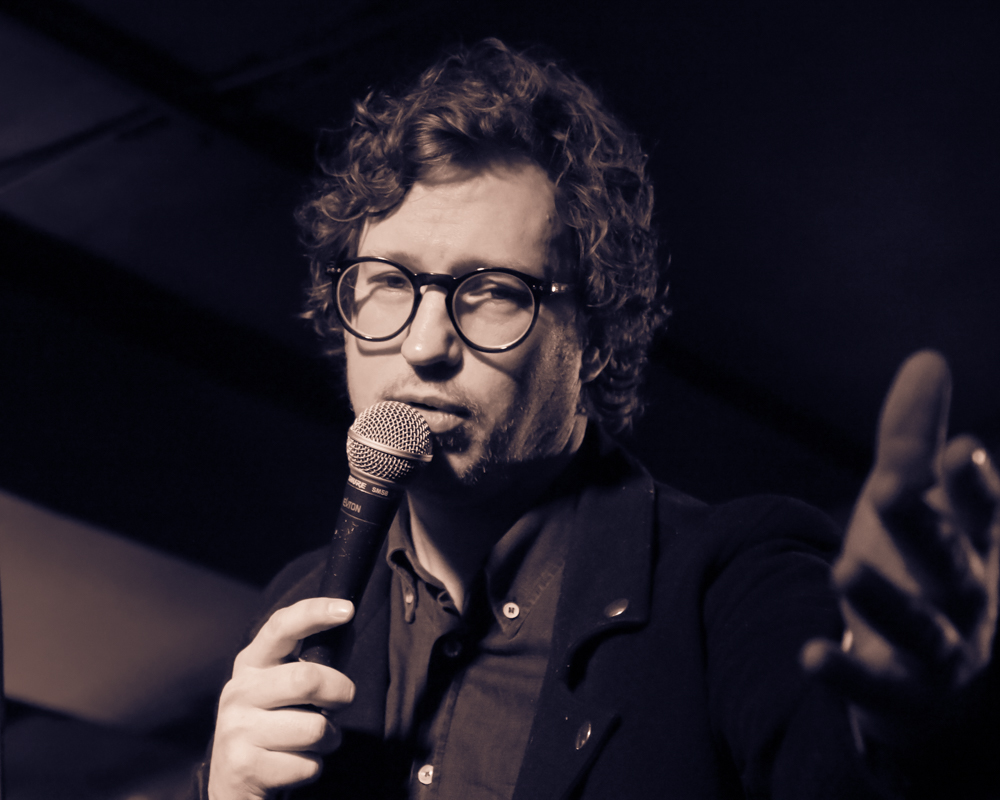 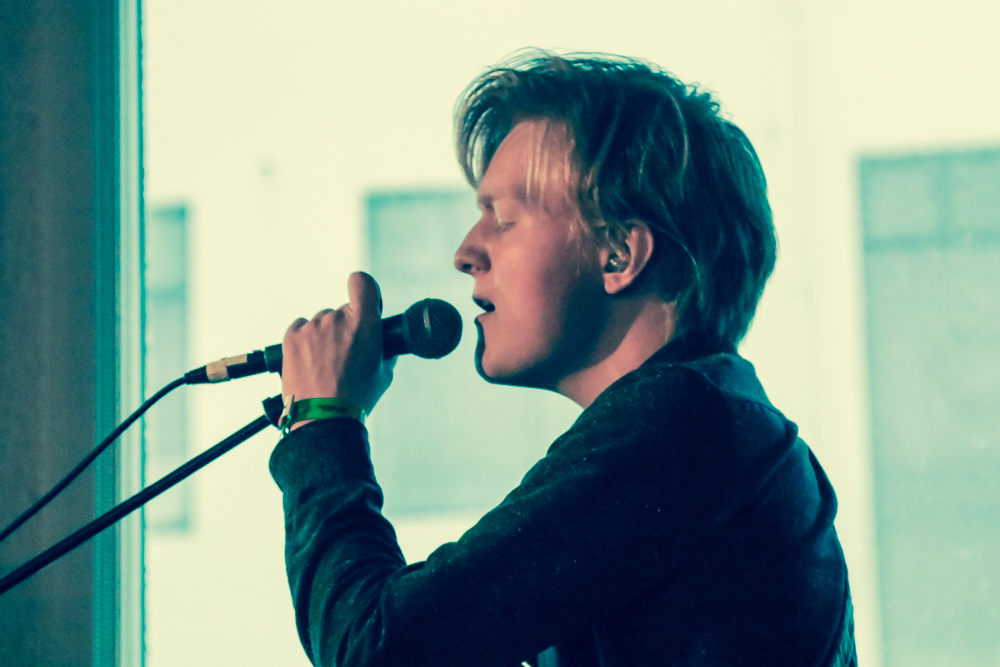 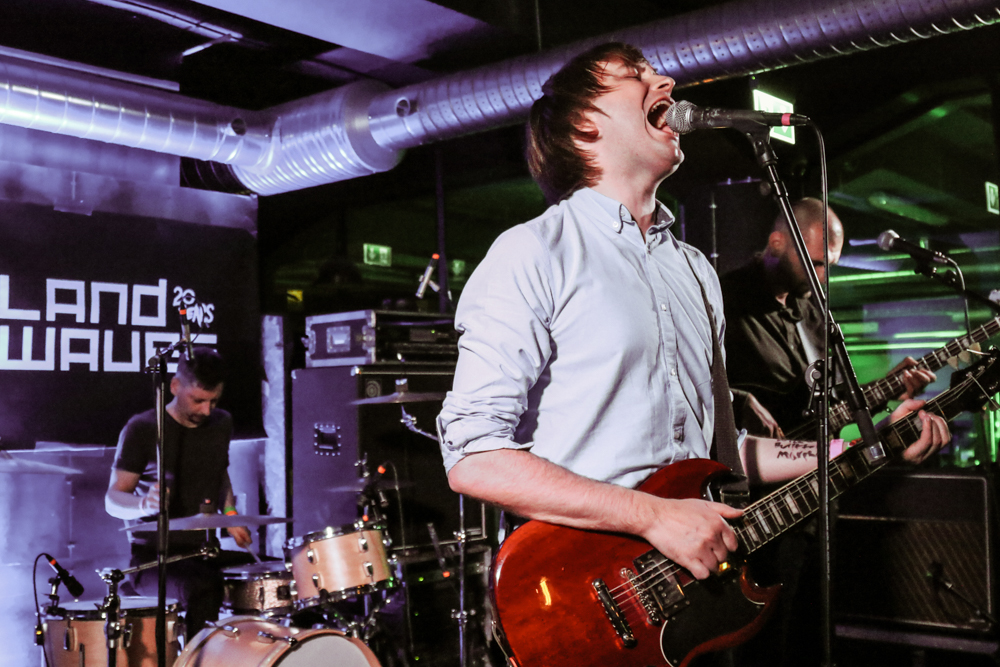 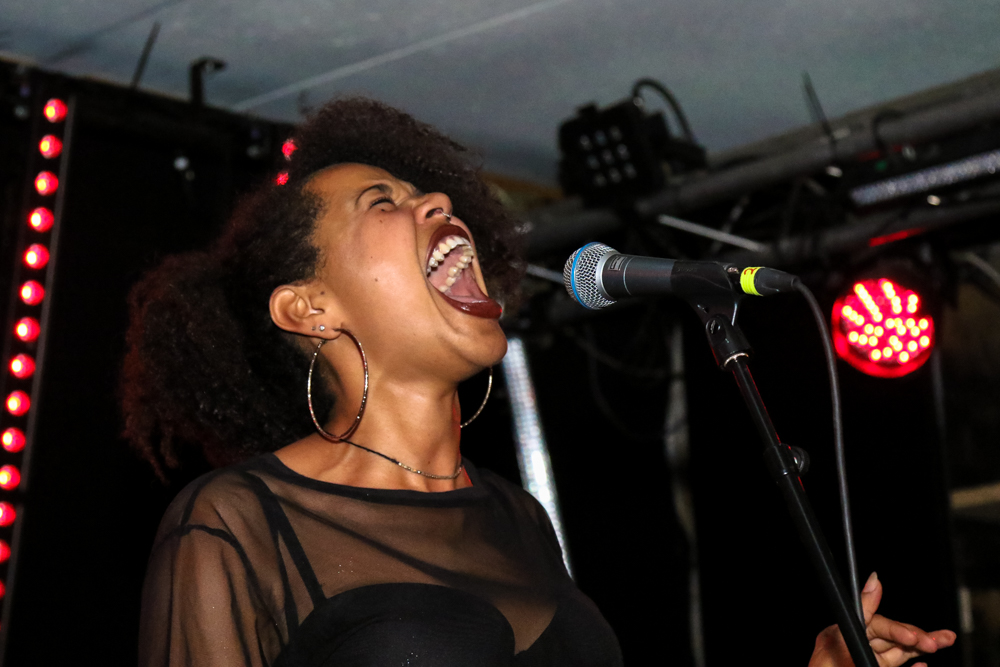 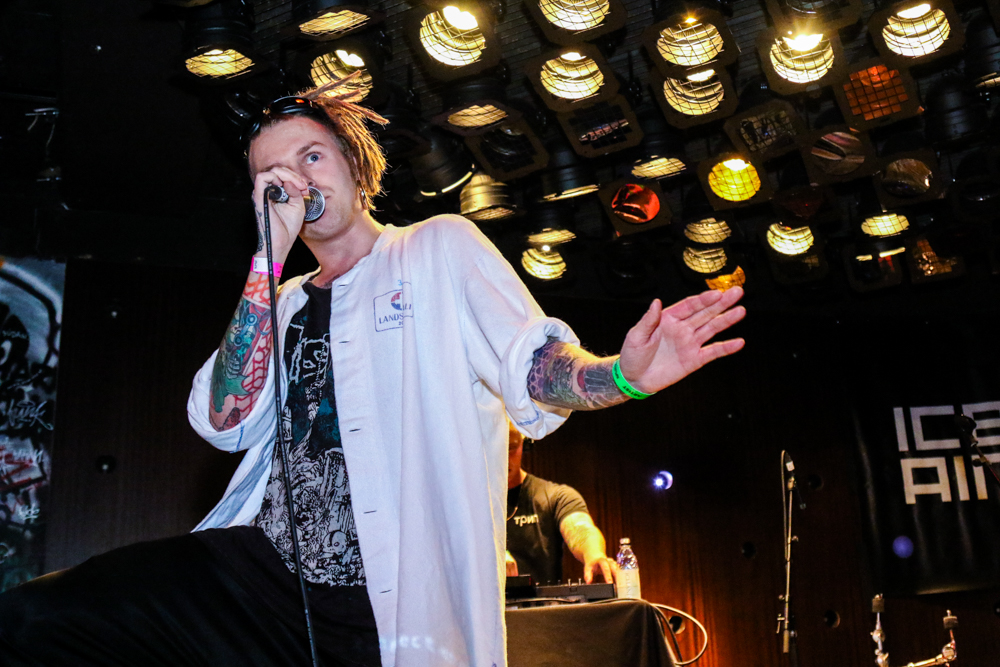 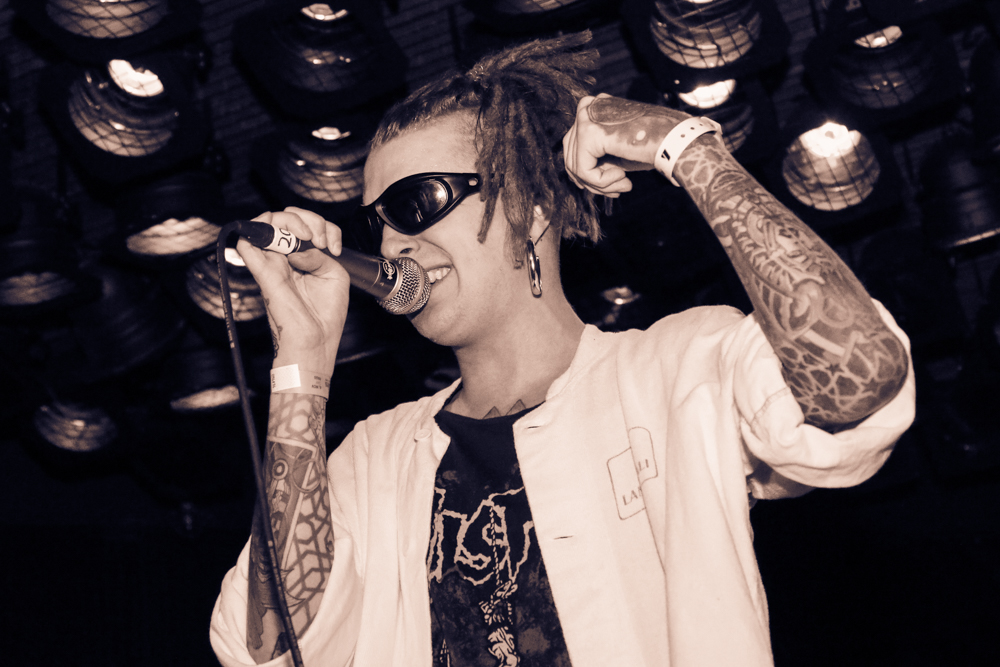 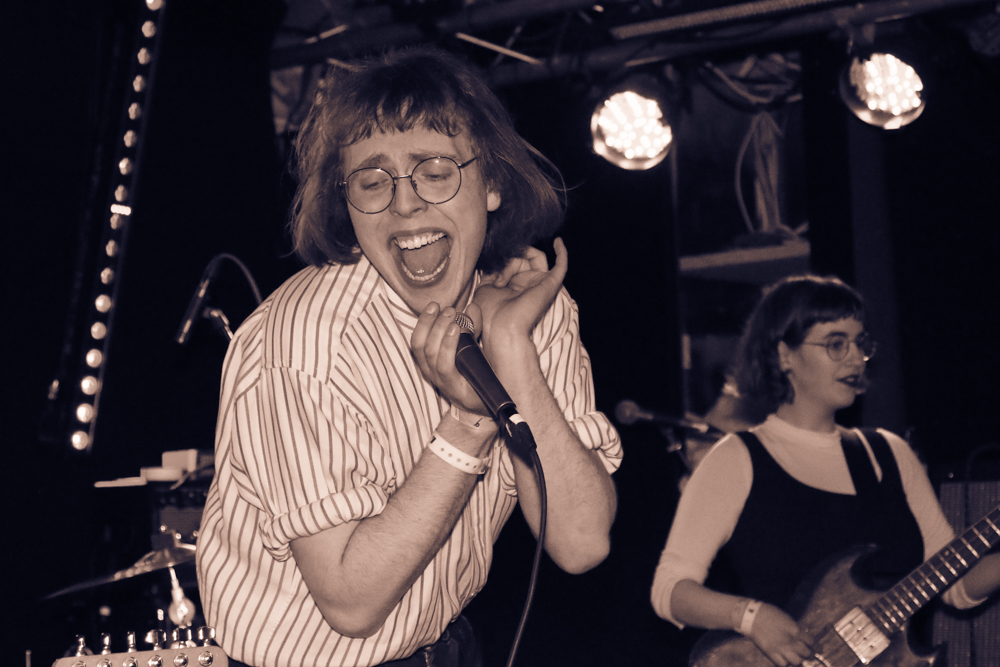 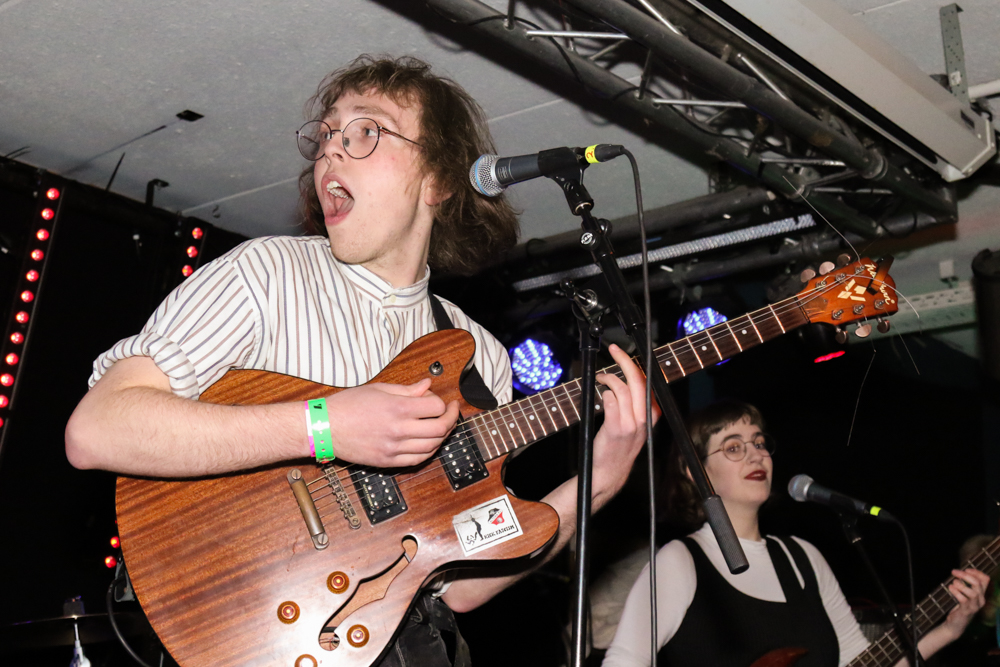 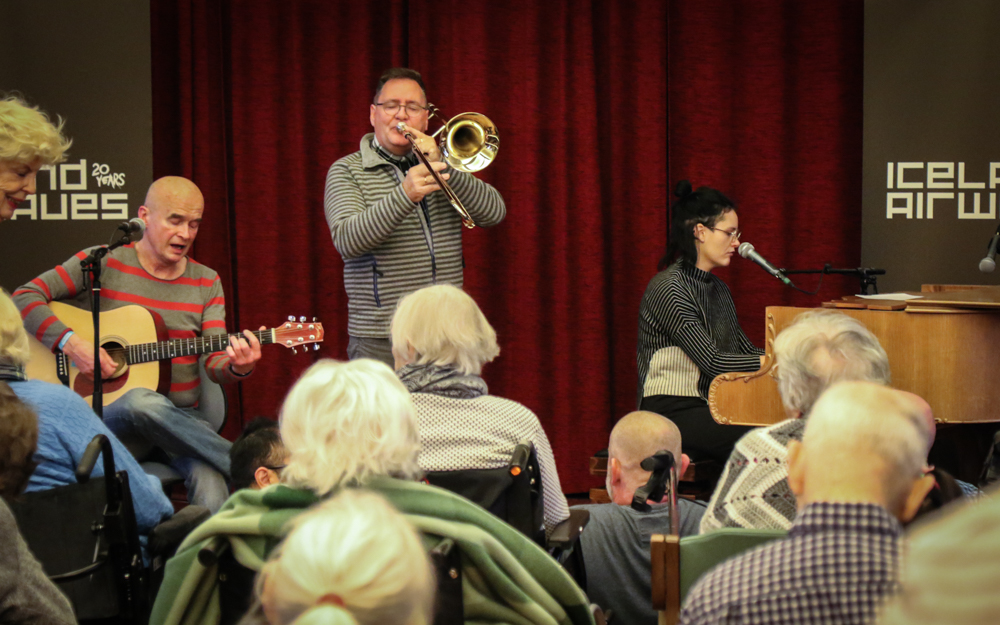 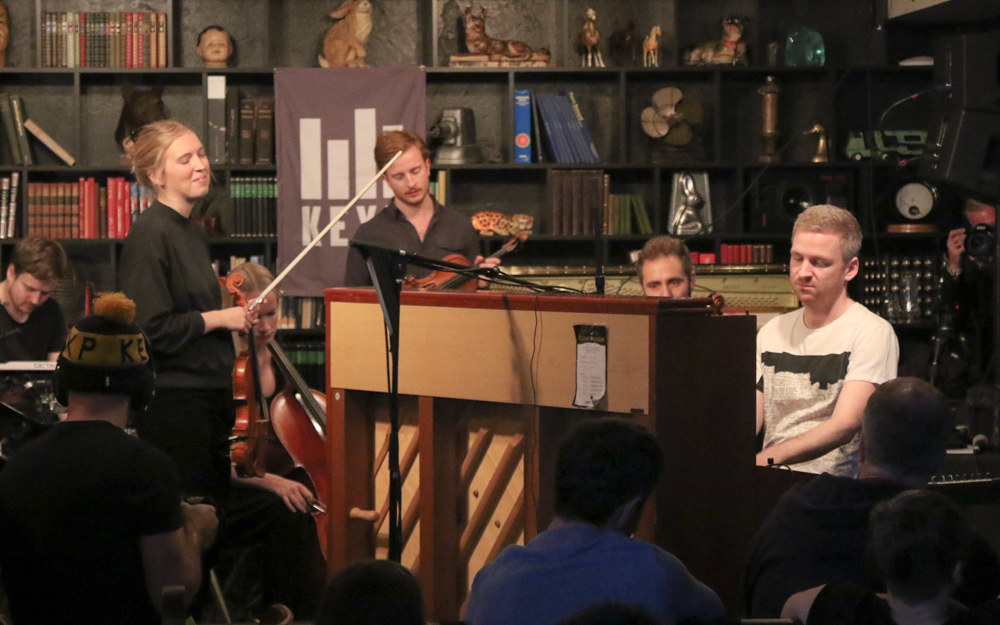 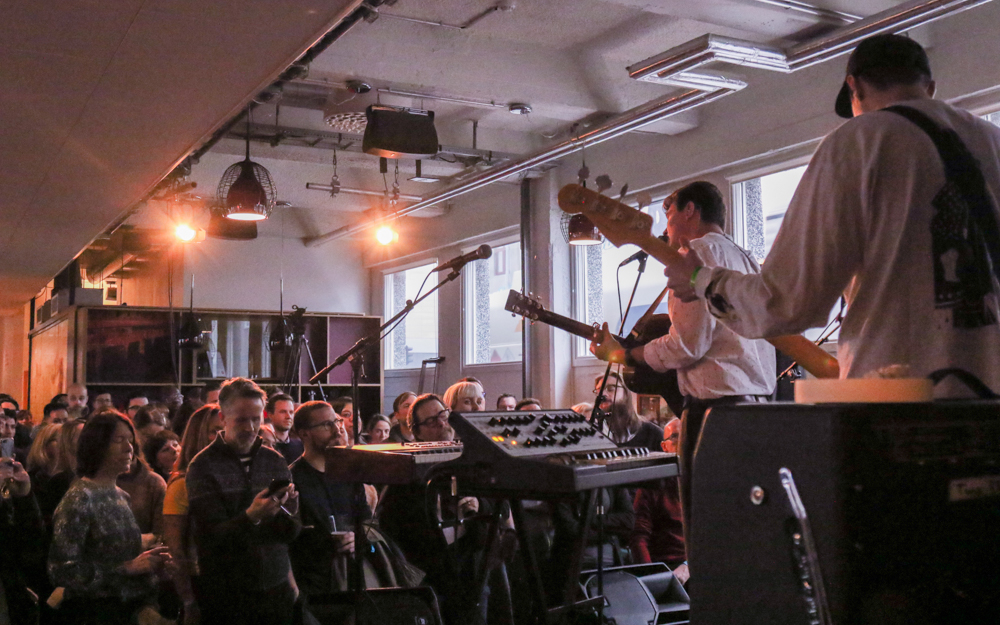 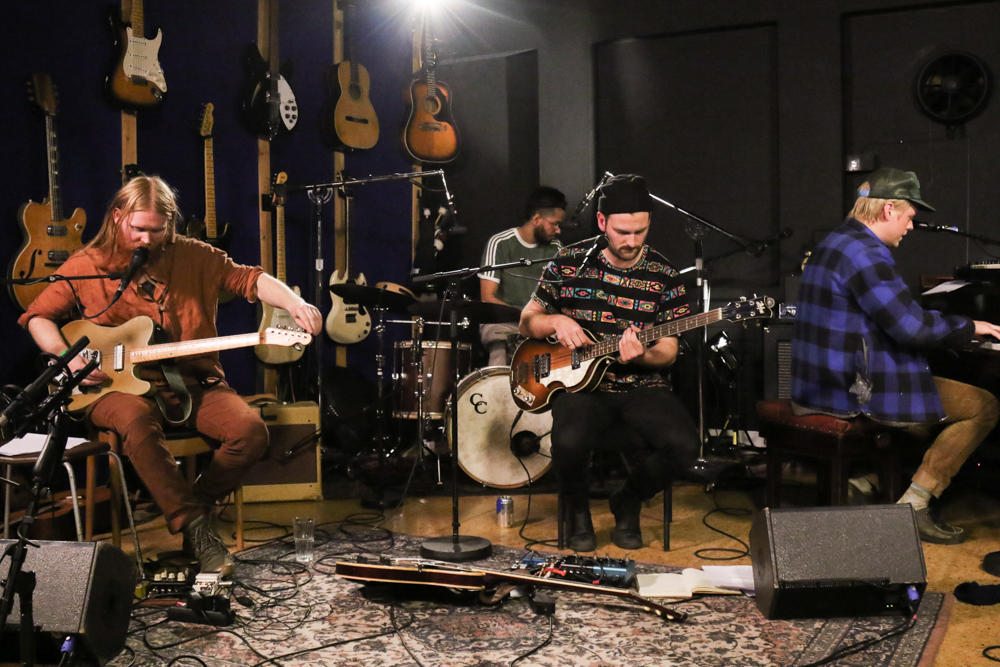 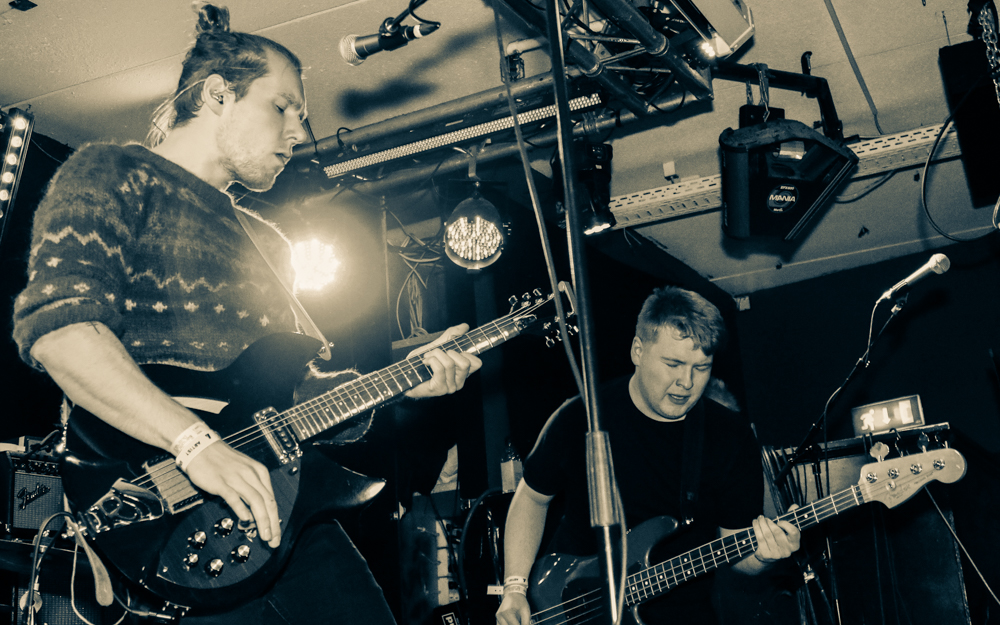 The Icelandic music scene is in a very exciting place. With the Head of State opening a music festival in an old people’s home, a secret show in a darkened boudoir and special vinyl recording events in an out-of-town studio, this could only be Iceland Airwaves 2018, where a wealth of local talent was on show.

For the festival’s twentieth anniversary year, FMS soaked up some of the build-up to this unique festival in the world’s most northerly capital, going out of the way to discover some fresh, exciting new sounds to emerge from a very special Icelandic music scene.

Under new ownership this year, the format changed a little, most noticeably concentrating on some of the newer bands and singers as opposed to more well-known international headliners.

Only the quirkiness of Iceland made it feel completely normal that the opening event was held at 10am on the first floor of Grund, an elderly people’s home in a Reykjavík suburb, when around fifty of its residents were wheeled into the main hall as television crew, international visitors and local primary school children gathered expectantly in front of the stage.

The warm-up act involved a range of seated wheelchair exercises, which were eagerly entered into by the entire assembled crowd with ages spanning about eight decades. The President of Iceland, Guðni Thorlacius Jóhannesson, officially opened the festival and introduced Sóley, a darling of Airwaves and indeed the wider Icelandic culture. With her father accompanying her on trombone, her characteristically delicate piano and beautiful voice were very much appreciated by the wide-ranging audience.

She even took time to lead some well-known Icelandic singalongs with those at the more senior and junior ends of the scale, before delivering a sincere message to everyone in the room to be nice to each other – after all, that’s what life should be about. What a way to open a festival!

Each year, KEX Hostel (formerly the KEX biscuit factory) plays host to some of the most exciting acts at Airwaves. With Seattle-based radio station KEXP Radio setting up camp there to broadcast live to its listeners back in the US, and with established DJs Cheryl Waters and Kevin Cole at the helm, it really is one of the most interesting places to be, and it certainly didn’t disappoint this time around. 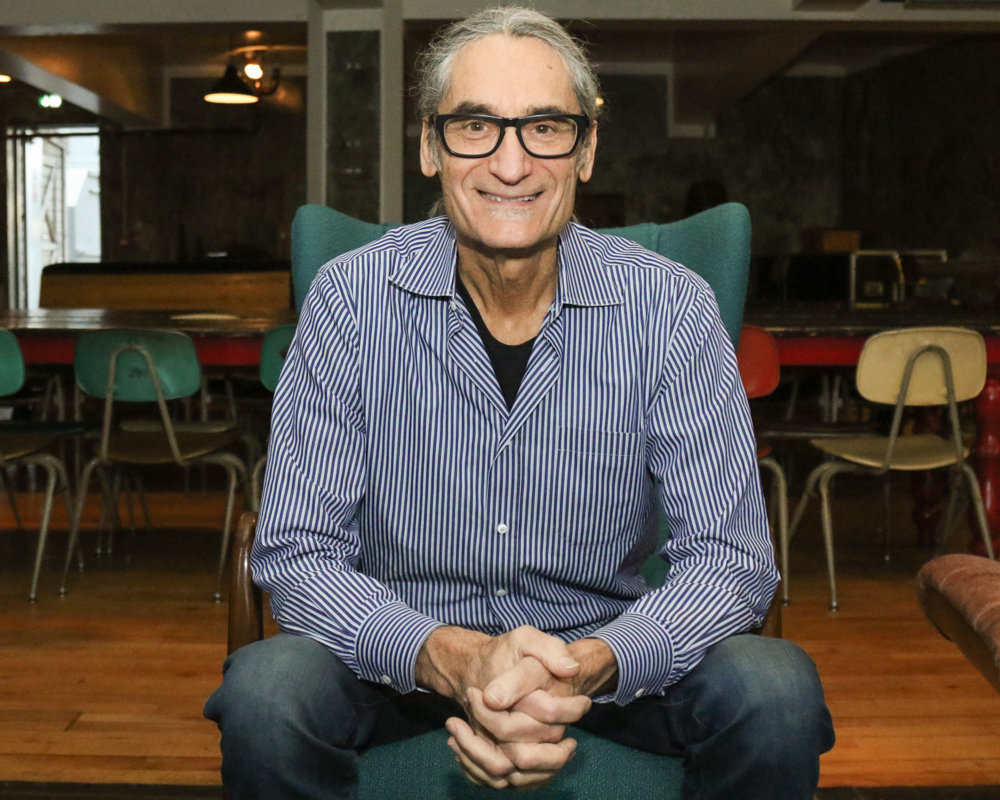 “Sigur Rós’s second album, Ágætis Byrjun, completely blew my mind when it was released in 1999, and I wanted to see where that music was made,” explains the ever-affable Cole, when asked why the KEXP relationship with Iceland started. “I came to Iceland in 2005 to experience the country and the summer solstice, but I knew I liked the music. While I was out here, I bought a ton of records. I got back to Seattle, played them, and then that got me indirectly hooked up with the Icelandic trade commissioner in New York. He joined us on a SXSW broadcast and said ‘we must do this in Iceland!’

“So that started the whole Icelandic initiative for us in 2007. It was a huge undertaking when we sent a full crew out for the first time in 2011. It helped raise the visibility of a culture, both as an end in itself and also driving tourism and the visibility of the music scene.”

Highly-rated local multi-instrumentalist Ólafur Arnalds had the honour of being KEXP’s first 2018 Airwaves live broadcast. With the place packed full an hour or so beforehand, the rapt audience listened intently to some mesmerising looping piano accompanied by a string quartet and percussionist.

Arnalds, who played in his techno duo Kiasmos at the same venue last year, is at the piano again after recovering from a serious back injury, and explained that living in his new home in Indonesia has influenced his songwriting, recounting the national day celebrated earlier this year to ‘give the planet a break’ by simply turning everything off. Certainly food for thought.

The eclectic schedule continued with something completely out of the ordinary. In a commercial building in suburban Reykjavík, around thirty people were invited to a secret event hosted by Mammút, the dark, atmospheric rock band that have become a deserved mainstay of Airwaves each year.

Upon arrival, two glamorous masked models ushered the curious guests through to a darkened room, where the entrancing video for their new single, ‘What’s Your Secret,’ was screened on a wall. When it fell silent, a voice could be heard upstairs; at the top of a dark spiral staircase, the band were playing a spine-tinglingly intimate six-song set in a candlelit boudoir, which included a spectacular rendition of ‘Breathe’ from charismatic singer Kata Mogensen.

For the first time this year, Airwaves provided the opportunity for a limited number of people to be present at ‘straight to vinyl’ recording sessions at Iceland’s first recording studio in the town of Hafnarfjörður, a few miles south of Reykjavík. Overseen by Ásgeir, one of Iceland’s respected young singer-songwriters, artists including Axel Flóvent, JFDR and Charles Watson recorded live in the studio in front of an intimate audience, with a lucky guest having a chance to win one of the pressings.

FMS made the journey across to see rising star Júníus Meyvant, the stage name of Icelandic singer-songwriter Unnar Gísli Sigurmundsson, who was recording tracks from his forthcoming album, Across the Borders. His soulful Americana style with smooth but smoky vocals, mellow guitar and warm humour was met with great appreciation from those present at the back of the cosy studio.

Another interesting aside at this year’s Airwaves was a small gathering of some press representatives from around the world at the official residence of the UK Ambassador to Iceland, Michael Nevin, who hosted a reception celebrating the Keychange movement, an international campaign that encourages festivals (including Airwaves) to achieve a 50:50 gender balance by 2022.

Of course, there was no shortage of impressive shows over the course of Airwaves. A hot, sweaty set from four-piece rock alt-guitar band Rythmatik deserves special mention, along with the energetic elvish folk and synth pop of Grúska Babúska, some mellow Americana from Árni Vil, indie-rock four-piece Ceasetone, the post-punk energy of Trupa Trupa from Poland and the outstanding soulful R&B vocals and harmonies of London-based Girlhood.

Slipping into a pew at the back of Fríkirkjan, a beautiful old wooden church on the city centre’s lake Tjörnin, felt entirely appropriate to listen to Airwaves regular Snorri Helgason, who played many of his new songs from his beautiful folk album, Margt Býr Í Þokunni, that was released earlier this year.

And, in stark contrast, rapper Elli Grill, who played eight shows last year, concentrated his performance on one high-energy show at the Hard Rock Café. With his DJ, LaFontaine, Grill – who is part of the established and highly-respected Icelandic rap scene and a key member of the Shades of Reykjavik hip-hop collective – delivered a whirlwind set to a good crowd in the basement venue.

Every Airwaves throws up some new music that grabs you by the collar and reels you in. This year, Bagdad Brothers were that gem. With jangly guitars reminiscent of early Johnny Marr and an amazing stage presence exhibited by lead singer Bjarni Daníel, the debutants had the crowd bouncing in Húrra, and it’s quite clear to see they’ll be ones to watch in 2019.

Many of the Icelandic acts say Airwaves is like Christmas for them each year: they use the rest of the year to prepare for what is a real presentation of incredible Icelandic talent to the international community.

Yes, the format felt a bit different this year, but nobody is complaining about the wealth of local talent and quirkiness of Airwaves, which ensures this fantastic and evolving festival will endure.

Check back for our interviews with Mammút and Elli Grill…