IDLES are set to release their debut album via Balley Records next month. Brutalism is a menacing mix of socio-political rhetoric, punk aggression and unexpected musical range.

The Bristol quintet – completed by Joe Talbot, Mark Bowen, Lee Kiernan, Adam Devonshire and Jon Beavis – will draw immediate comparisons with Fat White Family and Sleaford Mods, but they have an identity very much of their own and this comes through strongly on Brutalism. The album title sets the tone; confrontational, volatile and unrelenting, Brutalism is a searing statement of the state of British society and the lyrics of Joseph Talbot are often tinged with anger, frustration and darkness influenced by his own experiences.

The messages and themes of the album are set out early on, with opener ‘Heel / Heal’, a clear statement of intent, its simple lyrics direct and clear in their message; the band’s belief that society is in decline clear. The album represents clear progression from previous EPs (including 2015’s Meat EP), the identity clearer and concepts stronger, as shown by Brutalism’s  lead single ‘Well Done’. The single is a visceral and bruising track and the most immediately gratifying example of IDLES work on the album, packed with anguished frustration and pop culture references. ‘White Privilege’ is similarly astute in its social commentary, and ‘Divide and Conquer’ is a damning assessment of the breakdown of the NHS.

Sonically the album is dominated by pounding, speed drumming and shredding guitars, but there are moments of unexpected musical experimentation alongside this that brings to mind contemporaries such as The Walkmen or Iceage. The riff on ‘Heel / Heal’ has classic rock overtones, there is slap bass on ‘Rachel Khoo‘ and the swirling guitar on album standout ‘1049 Gotho’ brings to mind The Maccabees ‘No Kind Words’. IDLES have recently been announced as a supporting act for The Maccabees farewell shows at Alexandra Palace, London, and Manchester’s O2 Apollo, a high profile booking that is a mark of the progress the band is making and a high point for a band that came together at the end of British indie’s prime and identify strongly with bands like The Maccabees.

The album is dedicated in part to the loss of Talbot’s mother, who features on the album cover and whose passing informed much of the content of the record, and whilst ‘Mother’ is not exactly tender, it is intensely personal and heartfelt. The emotions of lead singer Talbot are tangible as he reflects on the life of his mother, social injustices and challenging the ruling elite as he tenders that the “best way to scare a Tory is to read and get rich”. In an era of cuts and political instability, particularly as we move on from a tumultuous 2016, tracks such as ‘Mother’ will no doubt strike a real chord with many.

It is not all rage and political rhetoric. ‘Date Night’ provides a slice of dark humour, there are moments of personal and familial reflection on ‘Rachel Khoo’ and album closer “Slow Savage” is a brooding finisher, as much Interpol as Pistols and a prime example of the subtle musical fusion that sets IDLES apart.

As we kick off 2017, the stage seems perfectly set for a return of punk ideals, a rejection of the established order, borne of frustration, alienation and apathy. Whilst the sound won’t, and shouldn’t, be the same, music can once again provide an outlet just as it fleetingly did in the late ’70s (and has done in numerous other musical genres). IDLES look set to be at the fore of this movement and their debut album is the benchmark for future work. Brutalism is a searing and vitriolic listen but enthralling at the same time and suggests IDLES have a bright future ahead of them.

IDLES go on tour across the UK in March and April. Dates below and tickets available HERE.

Brutalism is released via Balley Records on March 10th. Pre-order the album HERE. 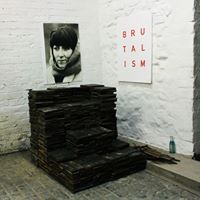