Introducing Frankie + The Studs: The Seventies Make a Come Back with Hollywood’s Spanking New Rock Band

They Reek of the 70’s and sound like freedom, empowerment and rebellion, Hollywood’s Frankie + The Studs are a new quartet, set to bring back rock ‘n’ roll and remind us of how good rock music used to be.

Preparing to release their first EP, Frankie + The Studs promise us youthful verve and a space in the rock n’ roll world that we can go to when we need to feel liberated. They’re the kind of band our grandparents would have cut out of magazines and taped to their walls, with cherry bomb Frankie rocking a 70’s inspired mullet and sizzling leather jumpsuit, that no ordinary girl could pull off. If she told you she was the love child of Joan Jett, you’d believe her.

The band also have a secret weapon to help them in their fight to being saviours of rock n’ roll, that armoury being former Guns N’ Roses guitarist, and Frankie’s father, Gibly Clarke. Someone that’s played with one the world’s bestselling bands of all time, doesn’t sound like a bad mentor to us.

FMS had a chat with Frankie to discuss her band, their latest music video and what the future holds for these newcomers…

“Frankie + The Studs came together after I shot a video covering Nick Gilder’s ‘Hot Child In The City’. I started getting offers to do gigs and I needed to put a band together. I got in touch with Ronnie Simmons, who my dad had recorded an album with, and he introduced me to Johnny Martin, and Matt Lucich actually recorded the drums on the cover track. I didn’t really ever want to do the solo thing, but I always had a hard time finding other musicians. When I found The Studs, we all started jamming and it just felt right. We were all on the same page, so we decided to be a band!”

I read that your sound is influenced by both glam and punk rock icons of the 1970’s – such an influential era for music! Is there anyone in particular who you look up to?

“The obvious one is Joan Jett! But of course, I love Marc Bolan, Suzi Quatro, and David Bowie. Not only are they all great musicians, but they all had such style!”

Do you enjoy the whole creative process that’s involved in forming a band, not only writing and making music but also putting on a show for your fans?

“I love every aspect of it. I used to really struggle with songwriting, it always seemed daunting to me. Once I wrote my first song, it only got easier. Music is my outlet. I’m not really an outgoing person, but music and performance is my way of expressing myself.”

Ever get nervous or are you comfortable on stage?

“I get nervous right before I play, and the hours leading up to the show. Once I’m on stage, anything goes and my nerves dissipate.”

Do you find that being a part of a band brings conflict in how you want to sound and look?

“I think that’s one of the most difficult parts of finding a band. It’s so hard to find people who are into the same sound, share a similar look, and who you get along with! That’s why I feel really lucky that we all gel so well together.”

You’re the daughter of Gilby Clarke, guitarist for legendary band Guns N’ Roses, was it your upbringing that navigated you towards music, or was it something you fell in love with naturally, despite literally taking your first steps on a tour bus?

“It was a little bit of both. Definitely being surrounded by music my whole life has sparked my interest, but I also naturally gravitated toward music. When I was little, I always sang around the house and I had a little baby piano that I used to pretend like I knew how to play.”

This shared passion for ‘rock n roll’ must create a solid bond between you and your dad, has he been a part of anything behind the scenes for Frankie + the Studs?

“He’s played a pretty significant role in the behind the scenes of our band. He’s actually recording and producing our EP for us! So that’s really exciting and a great resource to have! He’s also my mentor, he always watches over what I’m doing and critiques me and encourages me to become a better player.”

We loved your new music video for first single ‘High On Yourself’, I found that it was like stepping into 2010 film The Runaways a short-lived band that definitely made an impact on us all with their fashion choices and angsty lyrics. Is staying true to that 1970’s image something you want to continue, or was it just part of the video?

“We definitely love the 70’s and I loved the Runaways movie! We want to be inspired by the past, but we don’t want to be stuck in the past. I think our music is inspired by 70s punk and glam, but there’s some modern elements too, and we have another video that will be out soon that is going to be a different vibe than the last one! So yes, we want to stay somewhat true to the 70’s, but of course with our own modern twist.”

If you could be any rock legend for a day who would it be and why?

“I feel like saying Joan Jett would be way too expected of me, but ideally, if Joan Jett and David Bowie morphed into one person, that’s who I’d want to be. I want the glitter of David Bowie, and the grit of Joan Jett.”

We’re hoping to hear plenty more from Frankie + the Studs in the future, will you be sticking around?

“Oh, we’re not going anywhere! We have big plans and this is only the beginning! Our EP will be dropping this summer, and we’ll be playing Lollapalooza on July 29th!!” 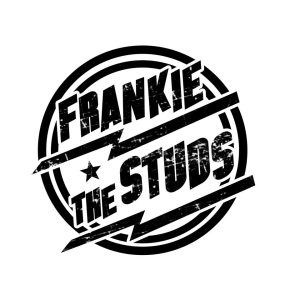