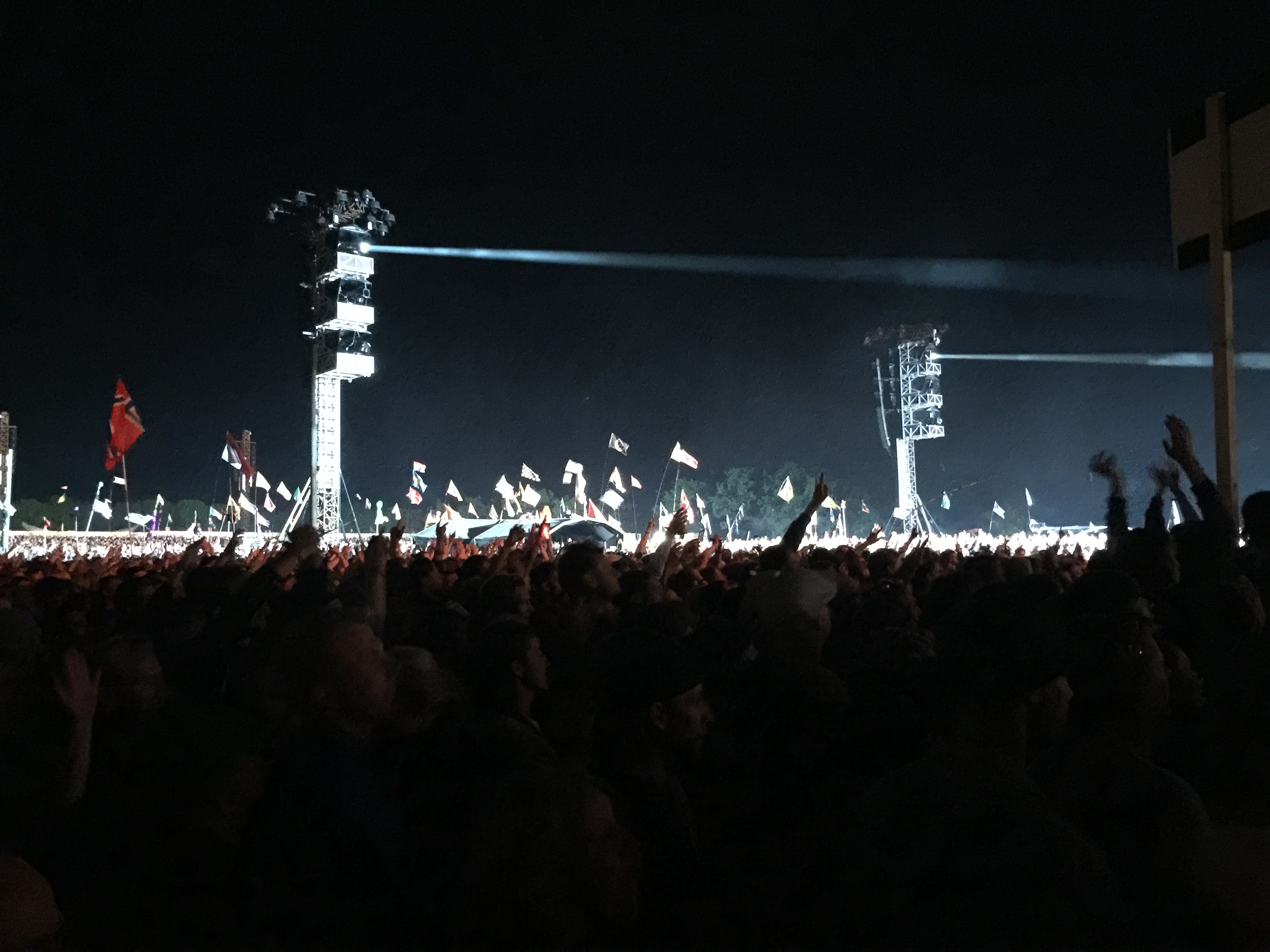 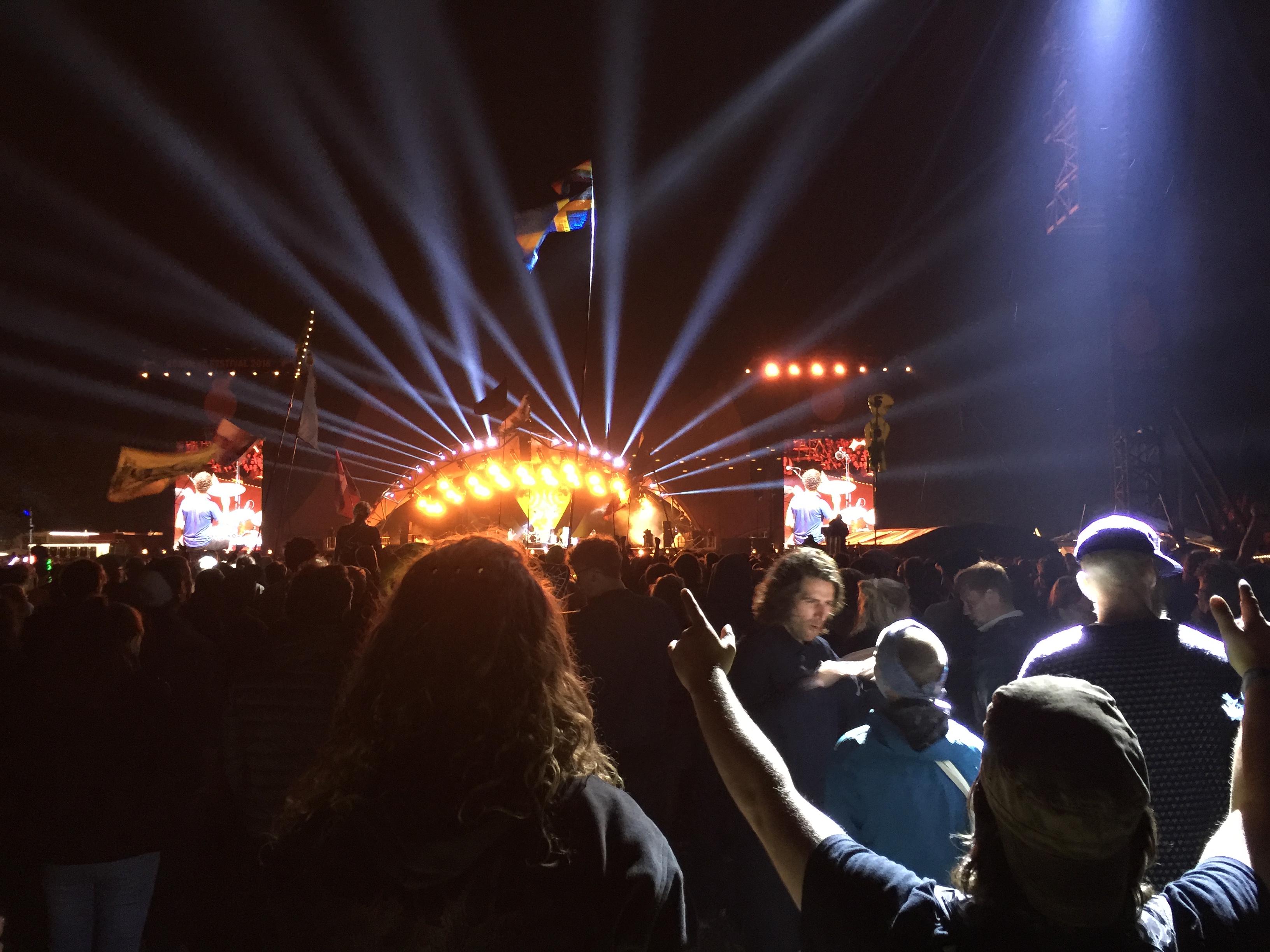 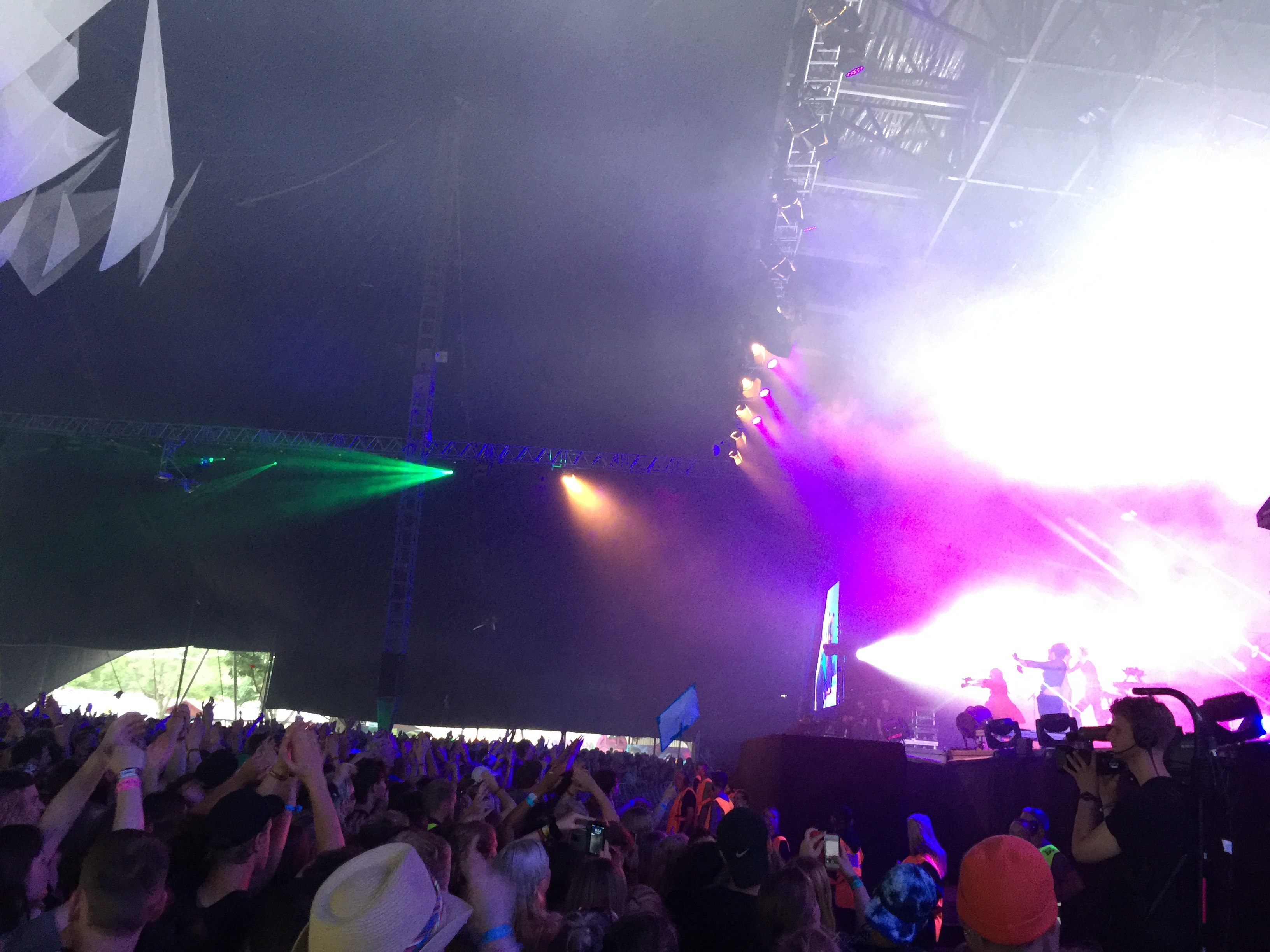 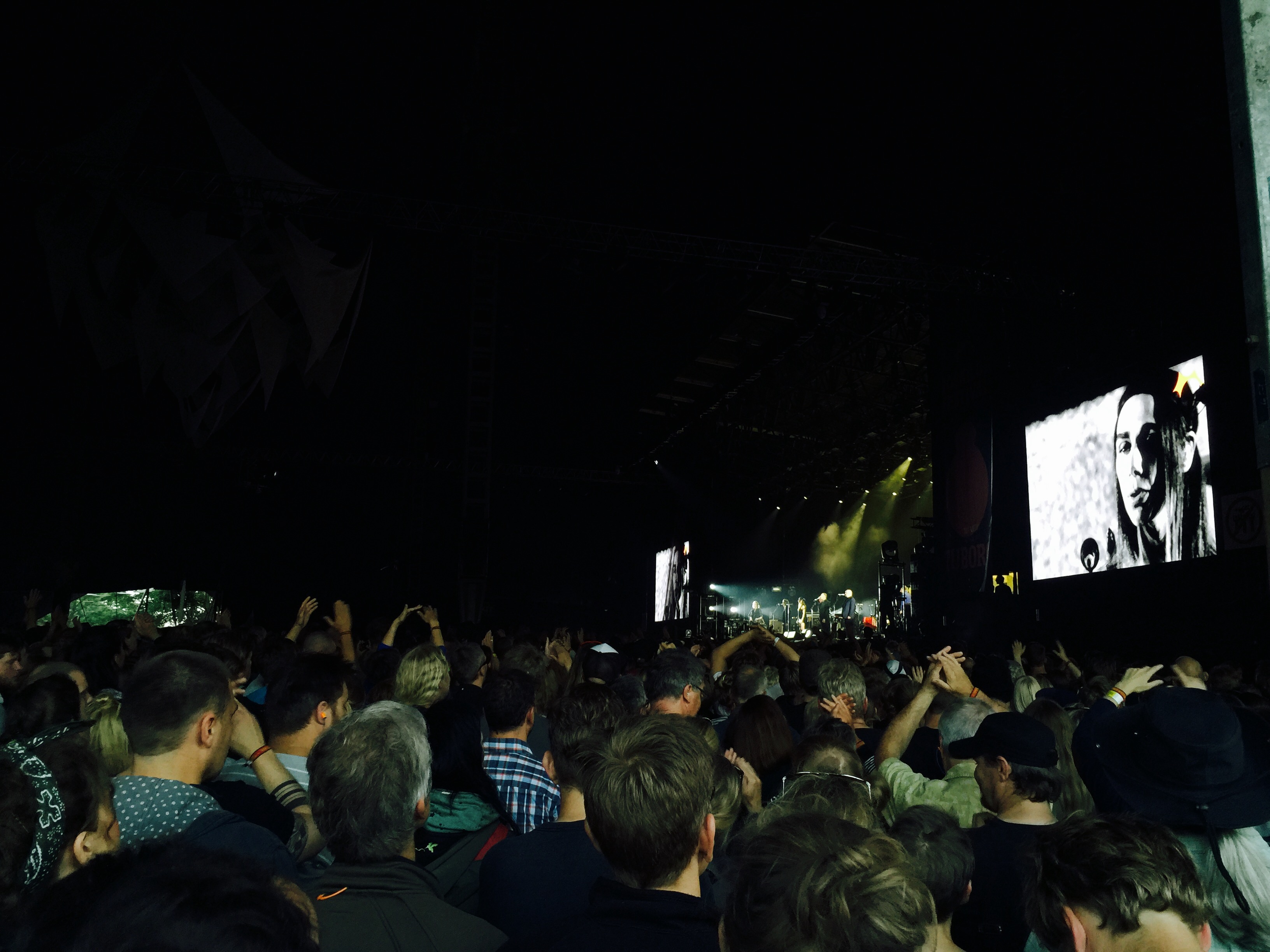 Friday is no different. Rain all day. And it’s very hard to stay positive.

We leave the car in his uncle’s garage, in which we’ve also been promised that we can crash, so we throw in a few mattresses and continue to the festival site on bikes.

As we arrive, the sun is back up. Morten goes catch Grimes on Arena Stage while I decide to enjoy a few quiet beers in the media area. I’m soon greeted by my friend, Simone, and her friends who’ve been teaching festival goers yoga in the previous days.

We hit the Stauning Bar and drink ourselves silly until it’s time to go and see PJ Harvey on Arena Stage, whose concert is soon to be hailed as a masterpiece by audience and critics alike. Dressed in feathers and with her intense and beautiful songs, she treats her audience to one great song after the other.

Back in Stauning Bar, the drinking continues while we’re waiting for Danish pop sensation Bisse, who’ll be performing soon at the nearby Gloria Stage. This, unfortunately is not gonna happen. The queues to get into the tent are completely insane, and we decide to enjoy some ice cold white wine outside instead.

From then on everything is a bit of a blur.

After running around the field, meeting people, drinking and whatever. I squeeze my way through the crowd to the Main Stage, where Tenacious D are entertaining people with their comedy rock, led by Hollywood star, Jack Black, and his partner in crime, Kyle Gass.

It’s all good fun to watch, and refreshing to see people not taking themselves too seriously for a while.

Back in Stauning Bar (again, again) the party continues. It must have been a great party, ‘cause I woke up in Copenhagen, in my brothers guest room having at some point shared a cab back with Nick from Ulige Numre.

I don’t remember exactly why we made this decision, but it is nice waking up in a bed with my brother’s dog cuddling up next to me. My mind and body are a wreck and I struggle my way through those jazz streets of Copenhagen where the jazz festival is full on.

My only mission… to get back to that dirty old field, because tonight Neil Young is playing.