Introducing QUEST & ‘Got Me Good’ w/ Q&A from Mars

Sweden has some new kids on the block in the shape of QUEST, who today release their new single ‘Got Me Good’ via Universal Music.

“This song symbolises love in all forms, no matter what sexuality you have,” say the band, formed by Marvin, Alexander, Isaac and Oskar. “It is pretty individual to the listener, at least that’s what we think!”

Despite their young age, QUEST refuse to conform to heteronormative ideals and are completely open about their sexualities. Influenced by R’n’B and pop, their live shows are filled with cool dance rhymes, sounds and lights.

01 – Which Records/ EPs/Songs or Remixes were on your playlist on repeat, before, during and after the mastering of your new single?

“We were very into NAKED‘s song ‘Sexual’ at the time, and liked the sound of minimalistic pop songs. That had a big influence on our new single ‘Got Me Good’.

02 – Who are your idols or which icons most inspire Quest?

“We are still obsessed with the ‘90s boy band/girl band era, so NSYNC and Spice Girls are still some of our biggest inspirations, although we are trying to give that a new and modern touch.”

03 – Do Fashion and Trends influence your outfits on stage and your stage-persona overall?

“Absolutely, we are very interested by trends across the world, and we try to incorporate that into our outfits and image. We often use vintage-clothing and we take inspiration from contemporary street fashion such as the styles seen in South Korea and across the United States.”

04 – What message do Quest want to deliver to the world with their music?

“Our music is made to empower people and we want people to be comfortable in their own skin. Even though our songs can variate in message it´s usually about not being afraid to be yourself and love yourself for who you are. We are teenagers and teenagers go through a lot of stuff, our songs tell stories of us growing up or events that have happened to us.”

05 – Memes/Habits: Describe to us your daily routine in the studio, and some fun-common-situations, that are remind you of the ‘process’ in creating this tune?

“It´s really hard picking out moments that are the best but the times we compliment each other and laugh at mistakes must be the best. Voice cracks happen to the best of us but that is often very funny. Days in the studio are usually very long and by the time everyone’s tired we just laugh a lot.”

‘Got Me Good’ is out now via Universal Music. 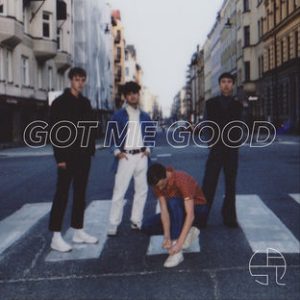