Kele Okereke recently released his third solo album, Fatherland, a surprising turn towards acoustic, folk songcraft and a collection of beautifully written tracks reflecting his changing personal position, including the recent birth of his daughter. He has recently finished a UK tour to take these songs on the road, including a brilliant show at London’s Islington Assembly Hall earlier this week.

The hall provides a large theatrical setting for the otherwise minimalist set up, as Okereke emerged to stand alone, supported only by a very basic lights set up, that merely changed angles and colours subtly throughout the show. For an artist who has often explored the potential of combining electronica and indie in his solo releases, Fatherland and the supporting tour prove surprisingly stripped back. Whilst Fatherland has supporting keys, horns and drums, on stage it is just Kele and his guitar. Knowledge of this may have turned away many but the most devout fans, particularly given the relative simplicity of his guitar work throughout the night. However, it allowed the focus to turn to the lyricism and voice of Okereke, both of which seem to be in their element on the night; crystal clear, warm and soulful.

A famously shy individual, he delivers an engaging performance that feels like he is in your living room, rather than a thousand person venue. Okereke exudes a natural warmth, without ever being an overwhelming personality, as though he is someone you have known for years (and for many fans who have tracked his evolution through his music, this may well feel like it is the case). He seems comfortable on his own, singing songs mostly taken from his latest album, symbolic perhaps of the peace he has found in his new direction. His interactions with the crowd were as though he was speaking to someone in the street or a pub, rather than a venue, soft and relaxed and the passing of a gift up to him from the crowd early in the set shows the results of years building this relationship with his fans.

There were only a few nods to his past, with a handful of Bloc Party songs – ‘Tulips’, ‘This Modern Love’ and ‘Sunday’ as well as the more recent ‘Exes’ – and ‘Closer’ from his second album, 2014’s Trick, all proving the depth of his work through the years. Each was also given the acoustic treatment, placing his writing in the spotlight this time around, and ‘Exes’ in particular seemed to benefit from the new style, as the ode to failed relationships sounded natural over his regretful plucking. These tracks often drew the strongest reaction, with fans having had longer to live with them.

Of course, taking a cherry picking approach to his back catalogue allows him to take the best moments, which some of Fatherland cannot quite live up to. ‘Capers’ for example, veers too far into cliché, but much of the new material stands up well against the older tracks. The opening two of  ‘Streets Been Takin’ and ‘You Keep Whispering His Name’ sound particularly good, and ‘Savannah’ is a sweet and endearing ode to his daughter. Saving this for the encore may also suggest the impact his daughter has had on his life and music, as you might expect.

The crowd were also treated to a further insight into Kele’s past and influences with a few cover songs. He chose from the broad spectrum of Fleetwood Mac’s powerful ‘Landslide’, Sweet Female Attitude’s garage staple ‘Flowers’ and the majestic ‘Redemption Song’ by Bob Marley. Each song represents a different element of his character and music, with Kele typically self deprecating in introducing each track as something he wished he had written himself.

At an hour the set seemed to be perfectly measured, any more and it may have started to expose the simplicity of the set up, the lack of extra instrumentation in some songs and tendency to bring all tracks back to the same tempo. Any less however would have been unjust and further limited the exploration of his fantastic back catalogue. This maybe wasn’t a show for the casual fan, but for most it will have been a highly enjoyable evening and surely won any early doubters over during the set. The ‘Landslide’ cover seemed particularly apt, as Kele sings “Well I’ve been afraid of changing, cause I built my life around you, but time makes you bolder, even children get older and I’m getting older, too” and captures the feeling that Fatherland is a landmark moment in both his career and life, a moment of maturity and changing outlooks. The results are musically different but equally captivating.

Fatherland is available now via BMG and can be streamed HERE. 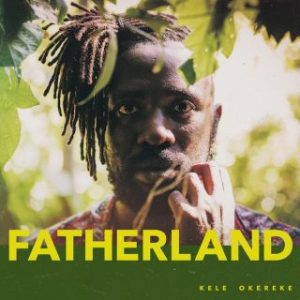