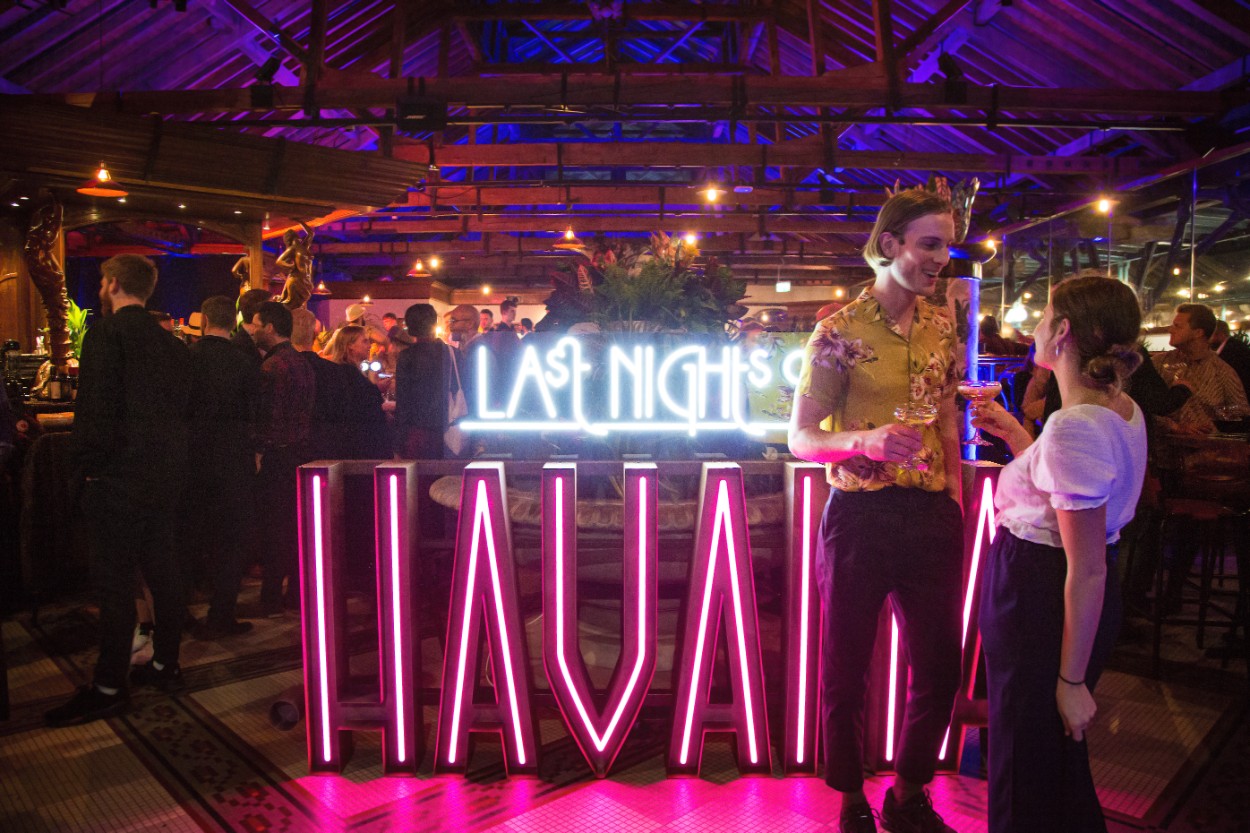 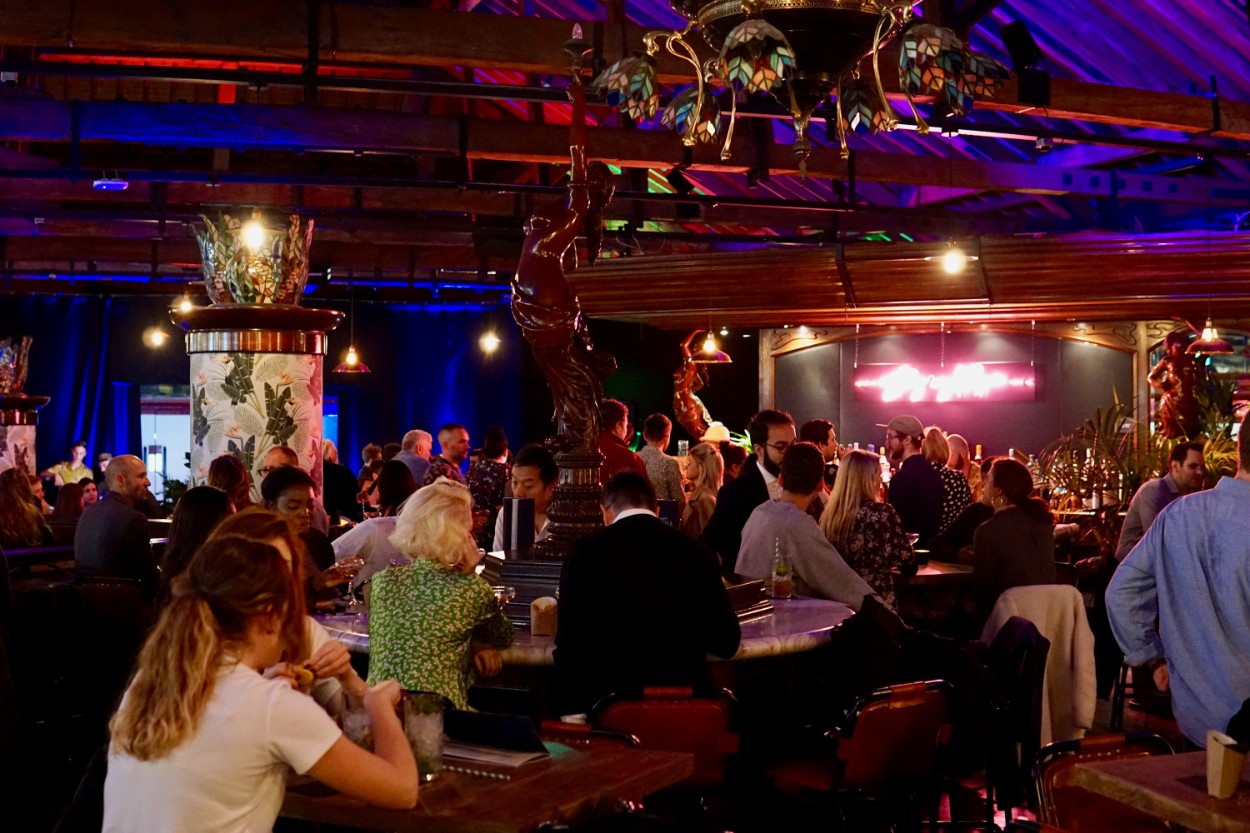 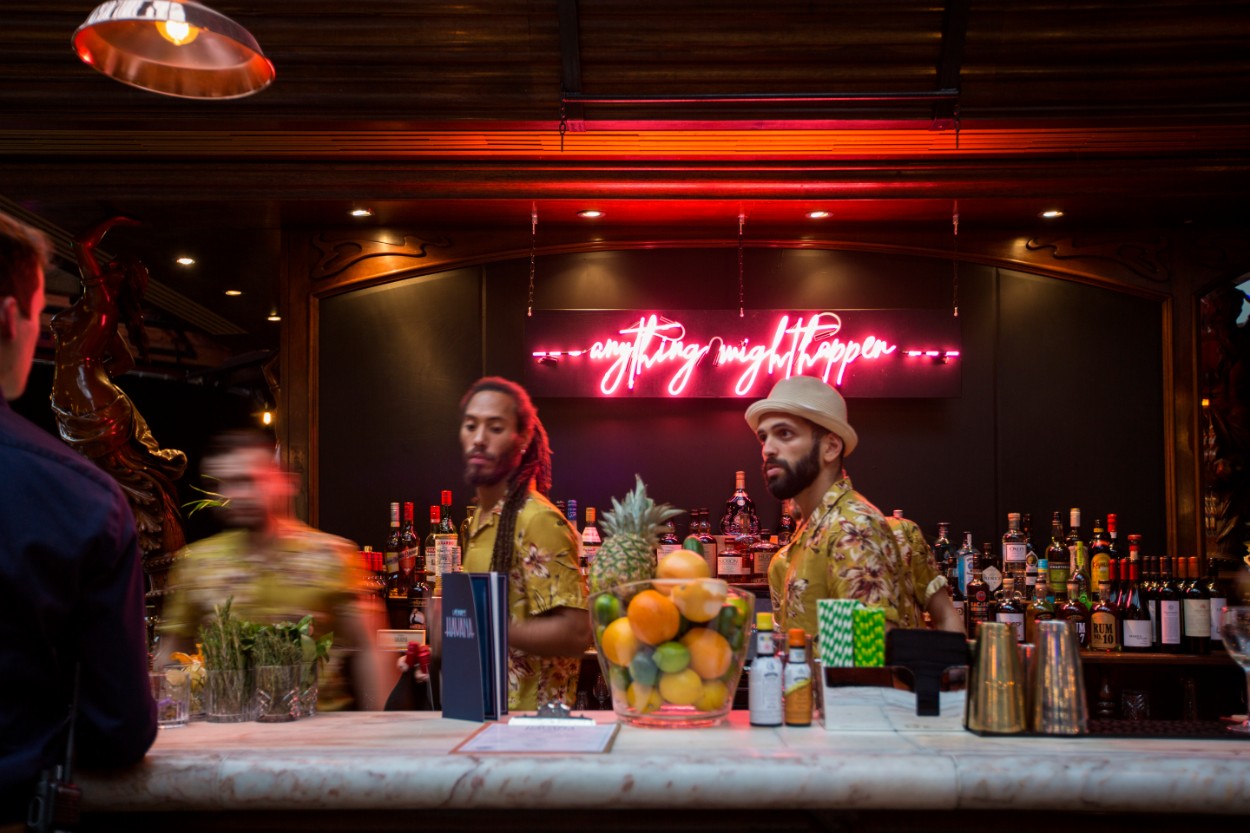 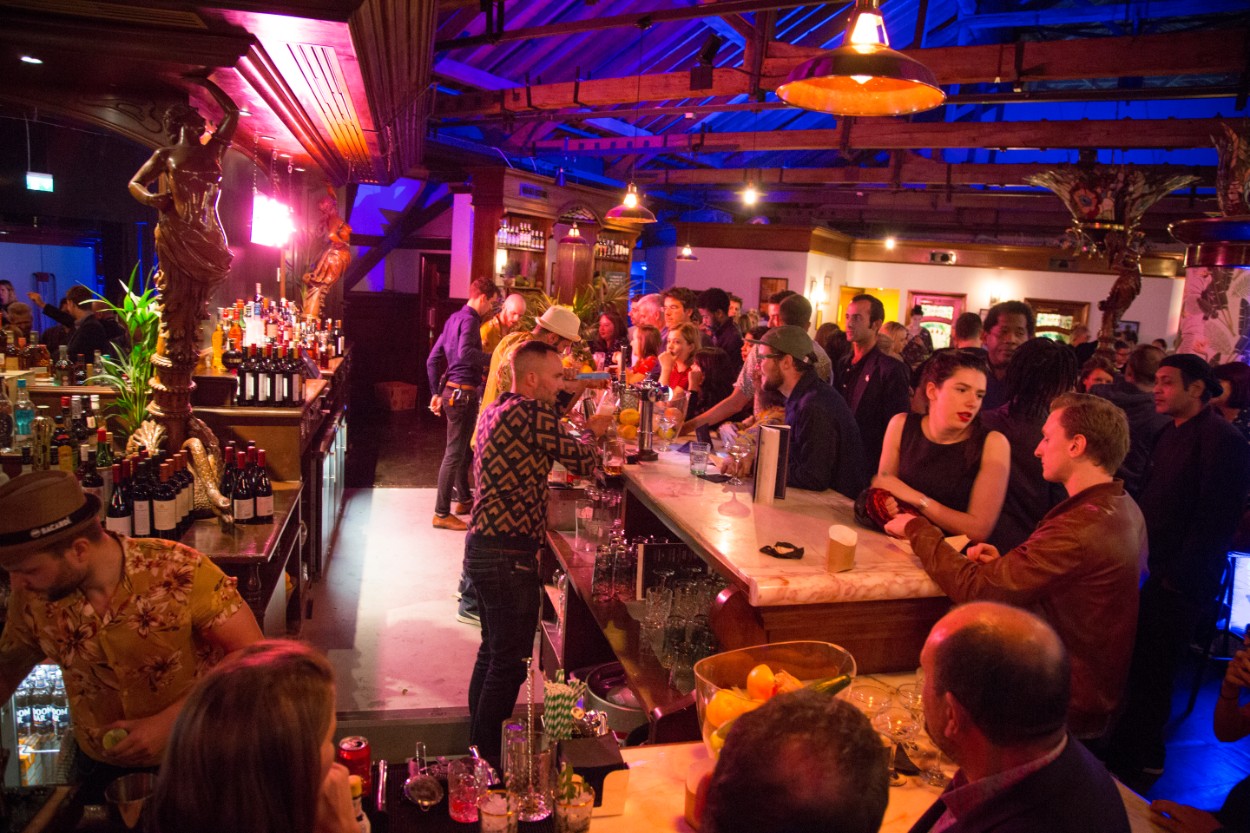 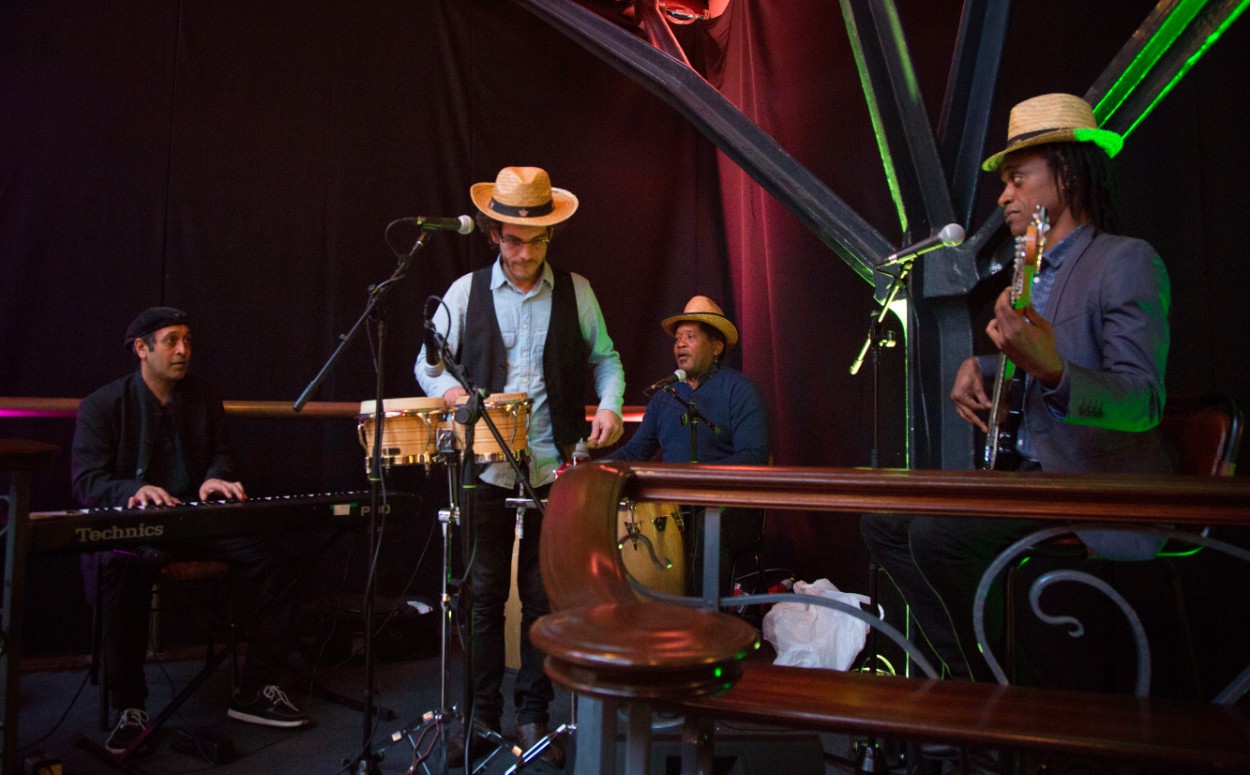 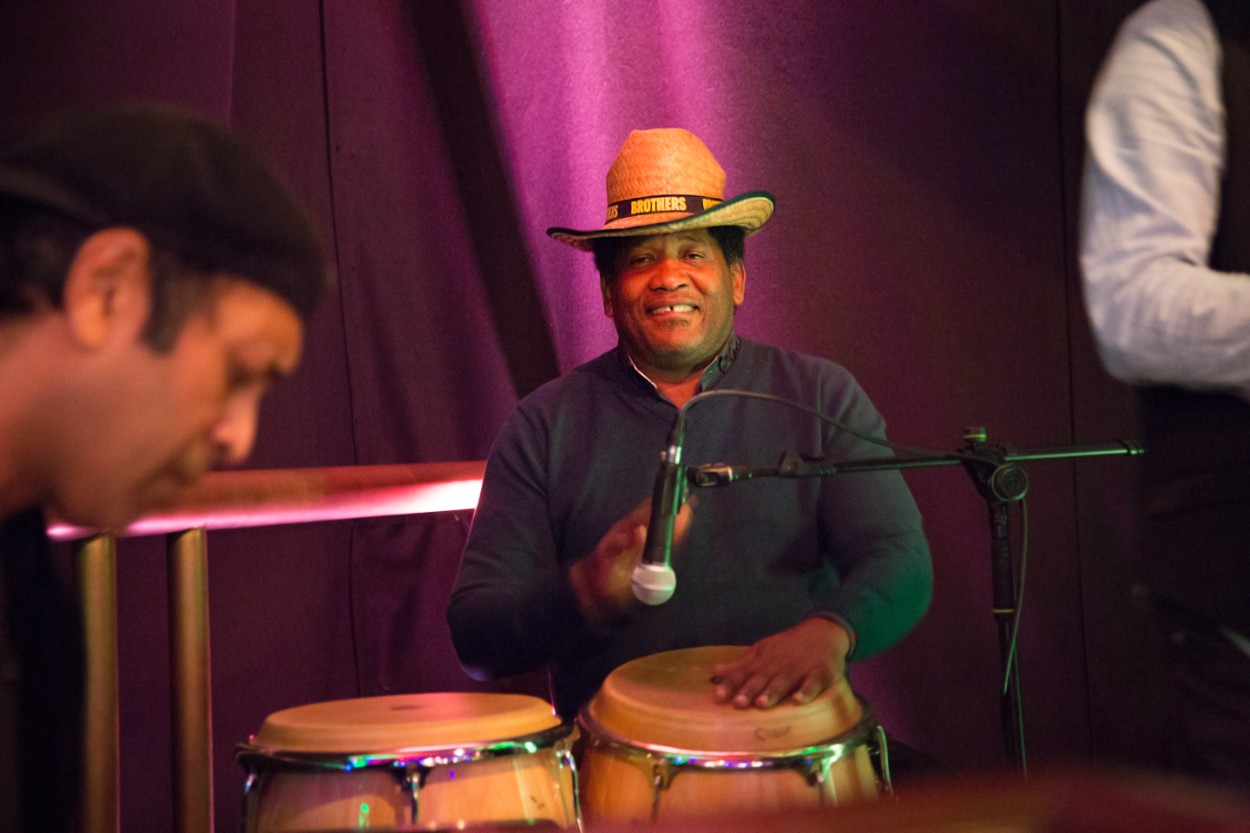 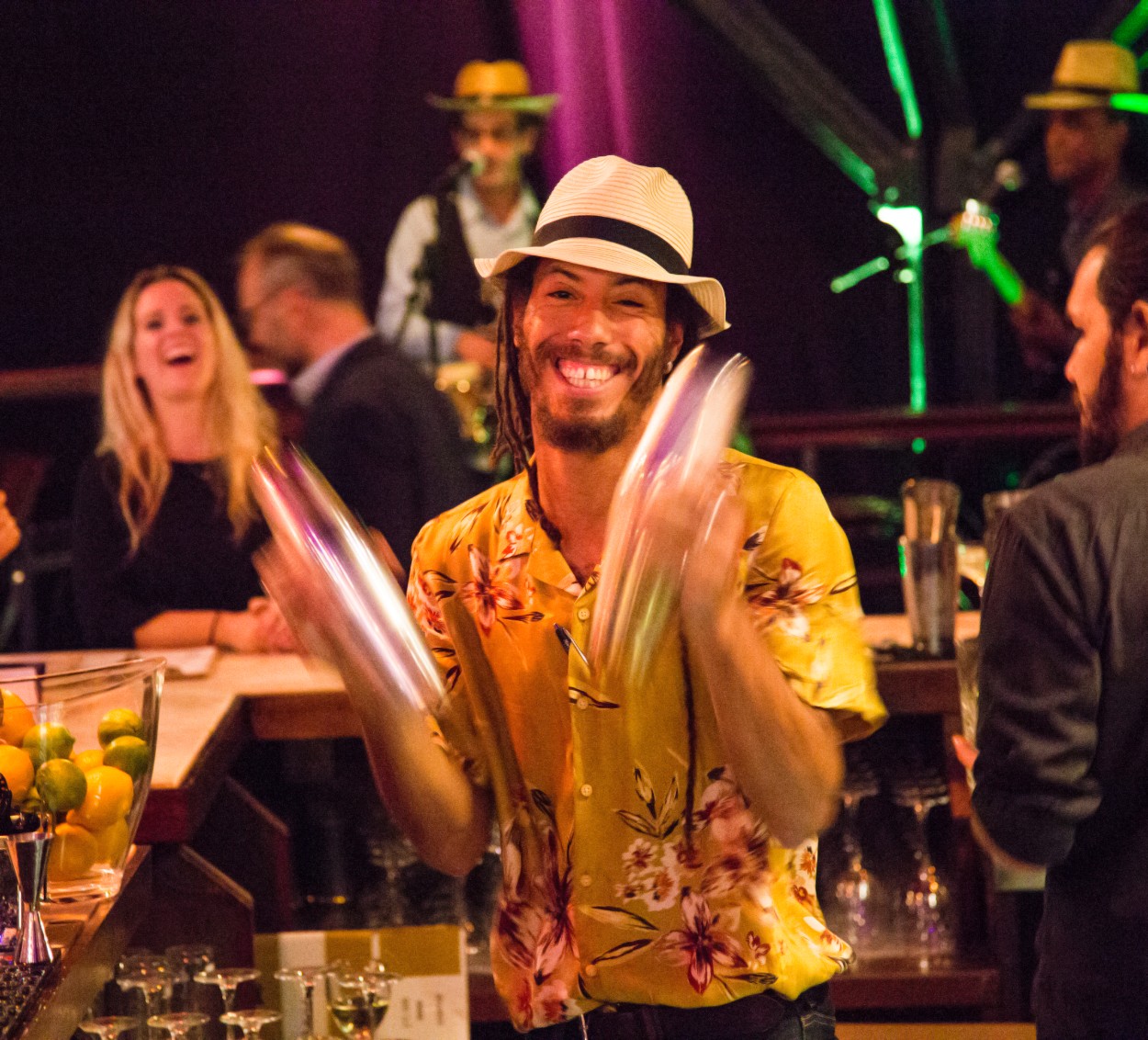 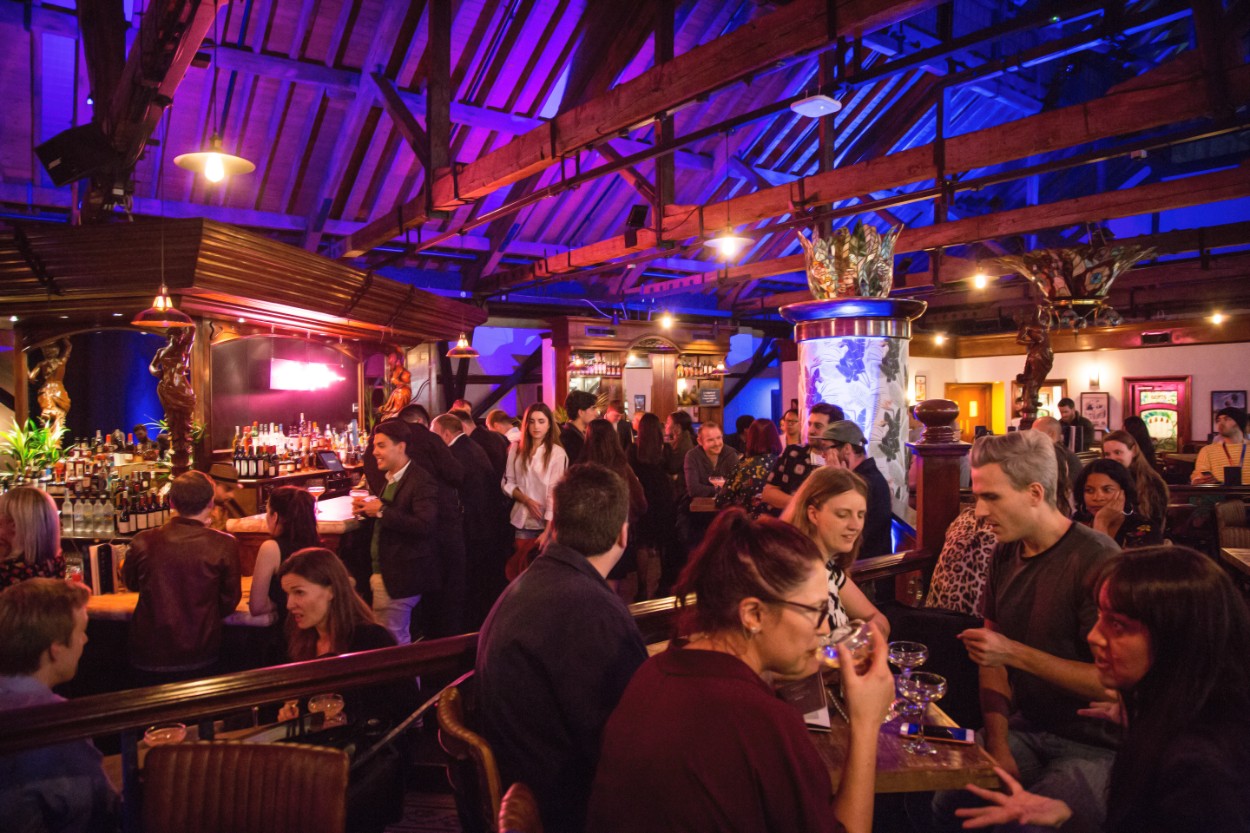 Get down to the Quayside Bar at Tobacco Dock if the distinctive tastes, sounds and spirit of pre-revolution Cuba rocks your boat. Last Nights Of Havana has landed in East London and brought with it a celebration of rum, jazz, dance and decadence inspired by the famously opulent playground that was 1940s and ’50s pre-revolution Havana, evoking a time when rum cocktails, cigars, Cadillacs and unbridled glamour were the order of the day.

“Tobacco Dock was once the historic centre of London’s rum and tobacco trade, and is now one of the capital’s top event and entertainment destinations,” says Meanwhile Events director, Scott McVittie. “Bringing some Cuban inspiration to our new pop-up is a natural fit.”

The balmy palm-filled bar is humming with energy and colour. Zesty Mojitos, refreshing Daiquiris and heady Cuba Libres are expertly made at the large island bar, while the smell of Cuban street food fills the air, and Cuban cigar sellers make their way through the crowds. 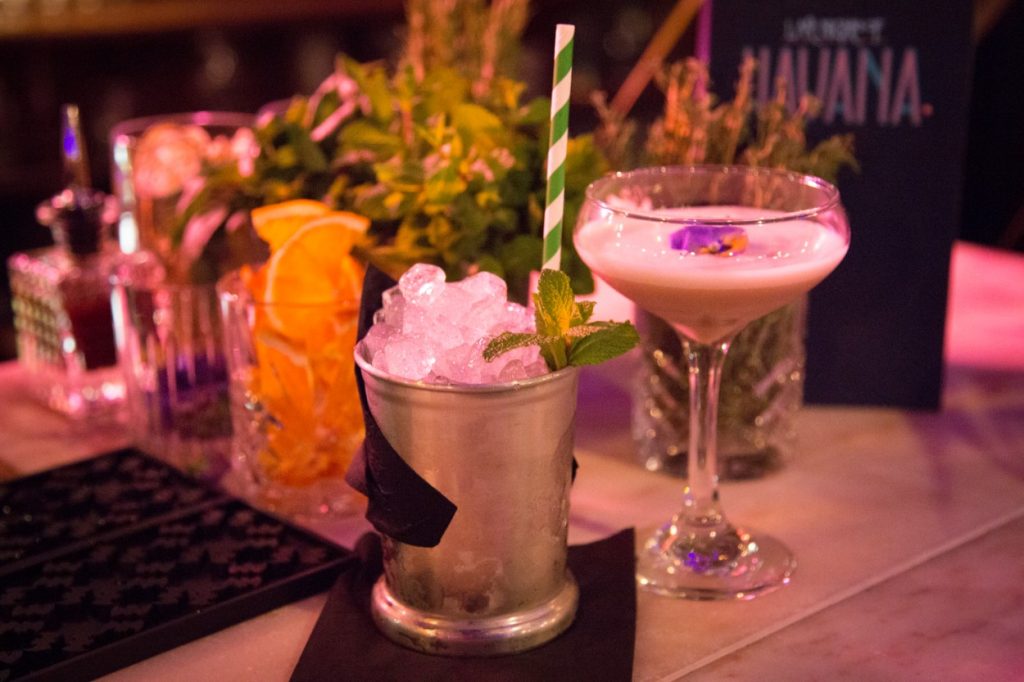 Cuban-born Musical Director Oreste `Sambroso’ Noda – the man behind London’s famous Sambroso Sambroso – leads the band every night, drawing inspiration from Cuba’s famous sounds, and combining them with a contemporary London soundtrack. The live band pay homage to the soulful syncopation of Buena Vista Social Club, and as the night gets hotter and the tempo gets faster, DJs play Latin-inflected beats, seamlessly mixed with cocktail bar and dancefloor favourites.

“Sambroso is Cuban Music’s unofficial ambassador in the UK, an incredible musician and one of the most soulful people I have ever met,” says Jack C Abraham, music consultant from London jazz brand Kansas Smitty’s.

The cocktail menu was designed by Andy Mil and Elliot Ball of The Cocktail Trading Company in Shoreditch, who’ve added a contemporary touch to Cuban classics, featuring the full Bacardi portfolio alongside a selection of unique bottles from the Caribbean. Last Nights of Havana will host a rum-tasting master-class each Saturday afternoon of the pop-up. Priced at £60 per person, tickets include a rum flight and special cocktail, and a discount towards that night’s event. There will also be salsa dance classes every Saturday from, 5.45pm – 6.45pm, before the band’s first set at 7pm. 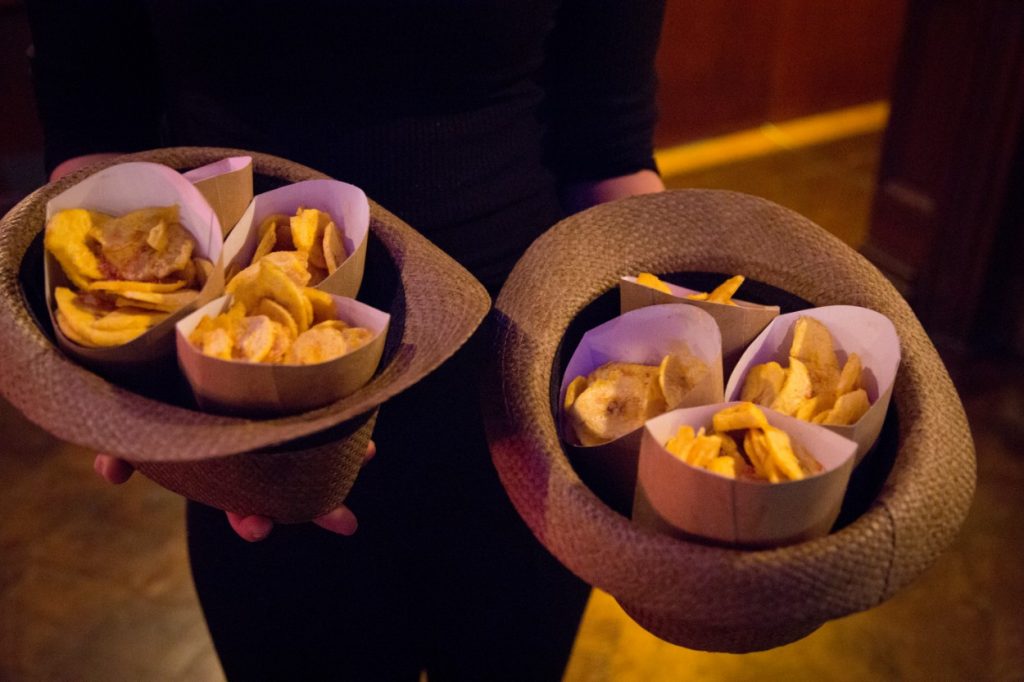 Last Nights of Havana was created by the team behind the hugely popular Skylight – London’s largest rooftop bar – and will run up until June 2019. Tickets are priced at £9 each and include a membership card for repeated free access for the duration of the pop up. Groups of five or more are also eligible for a discounted ticket price. See website for more details.