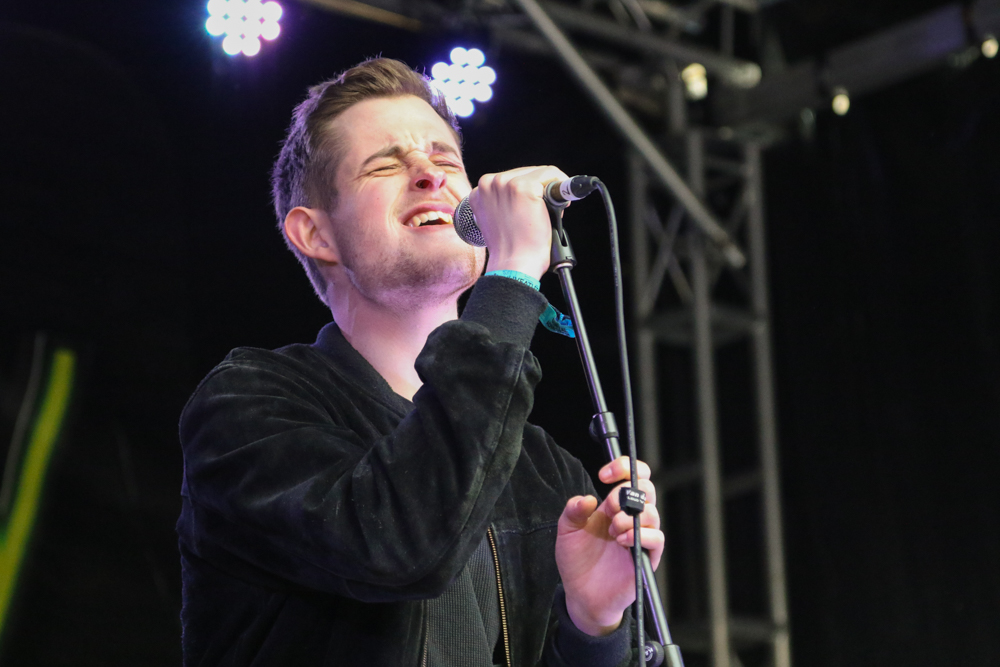 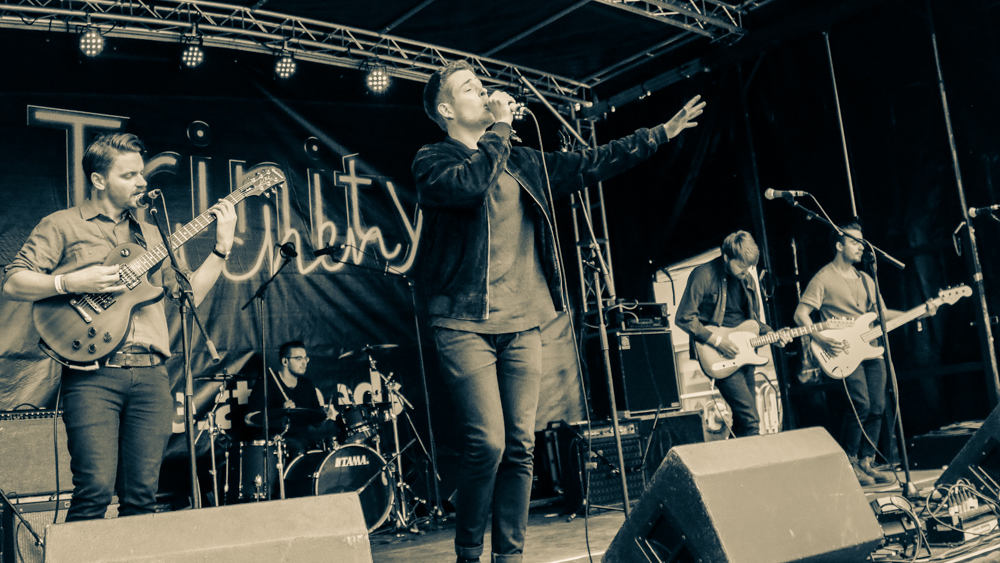 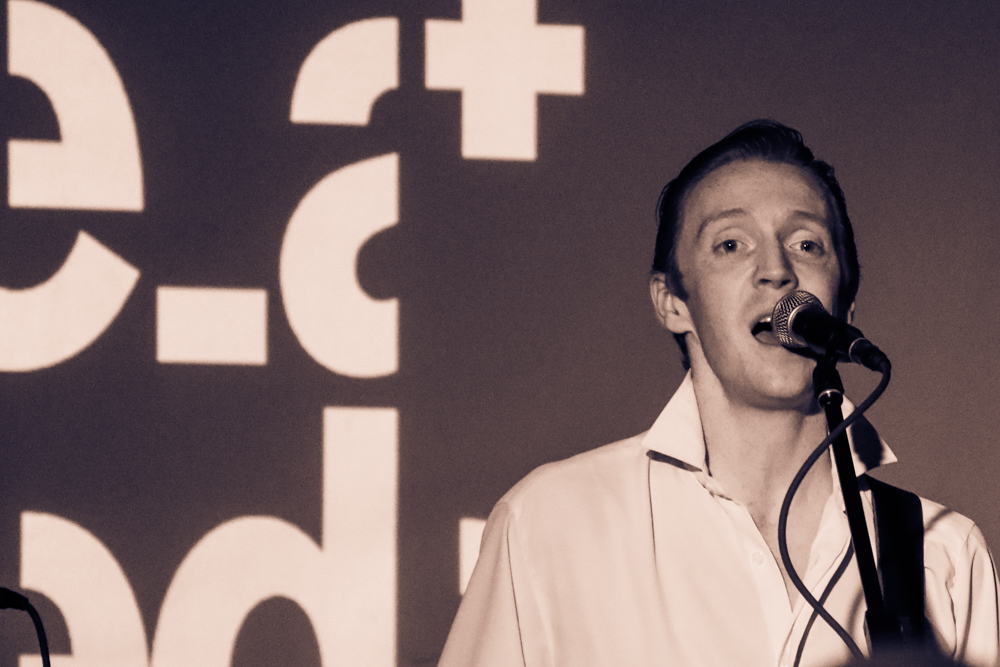 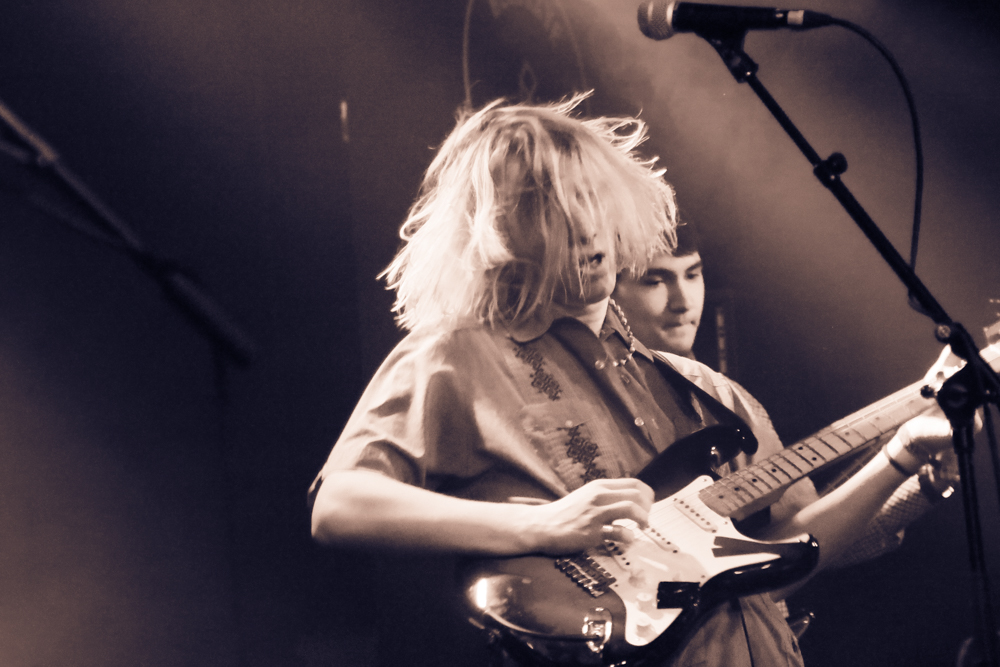 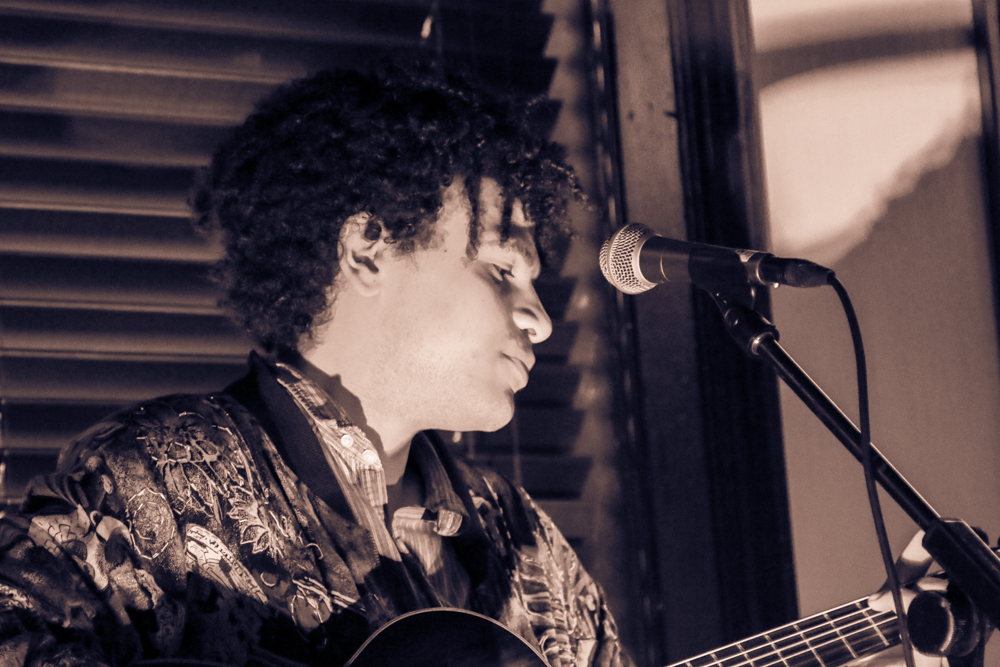 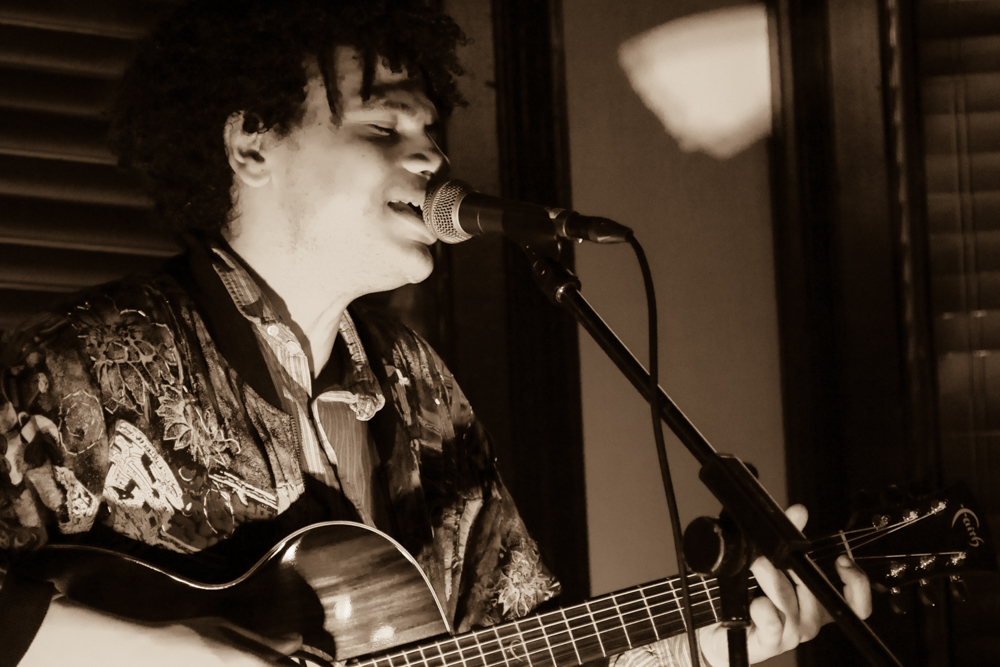 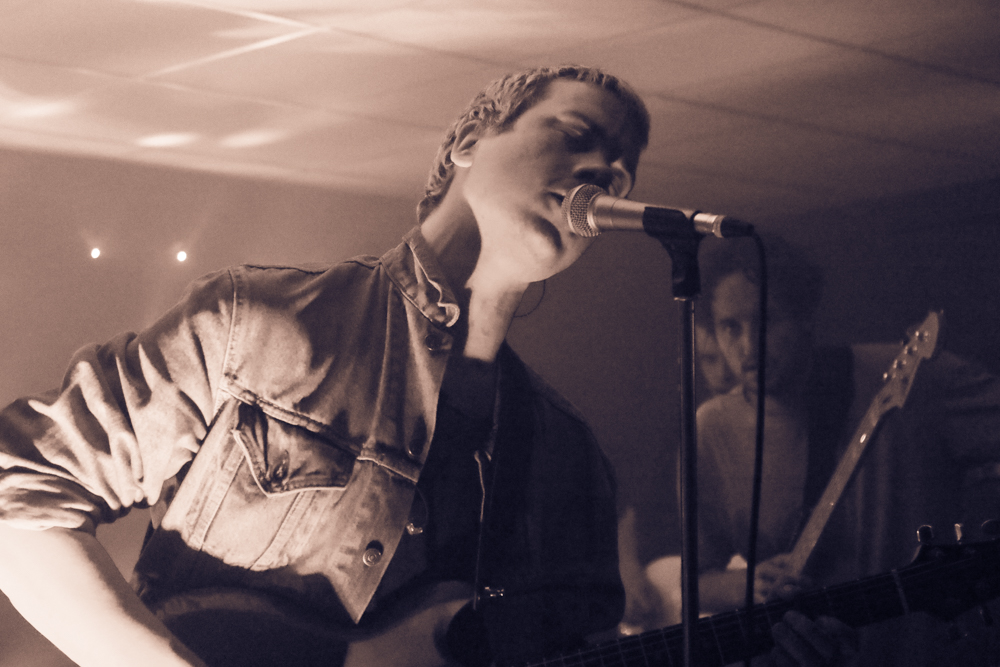 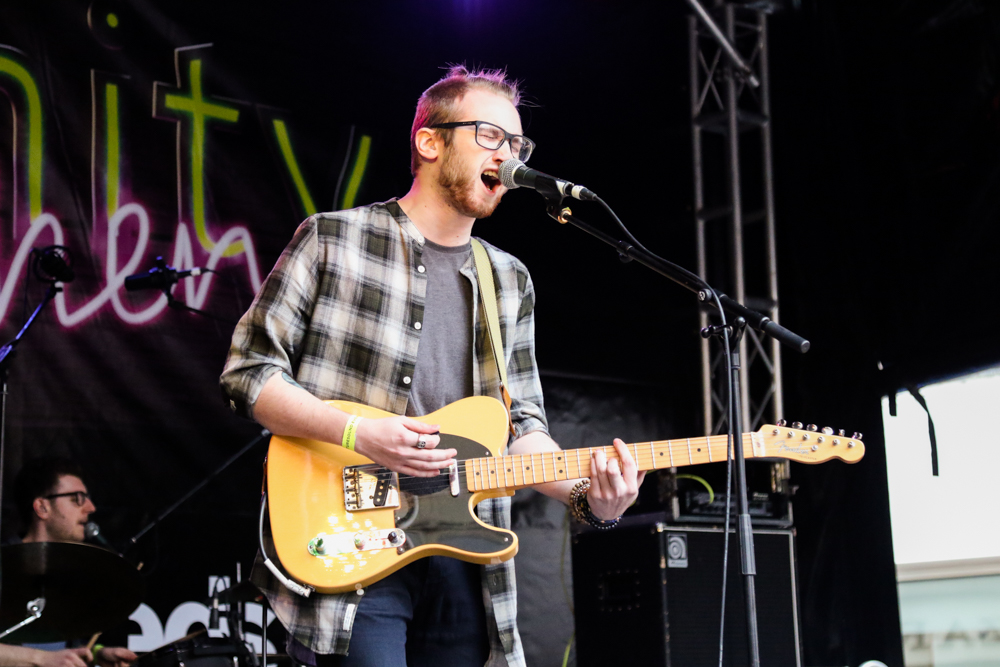 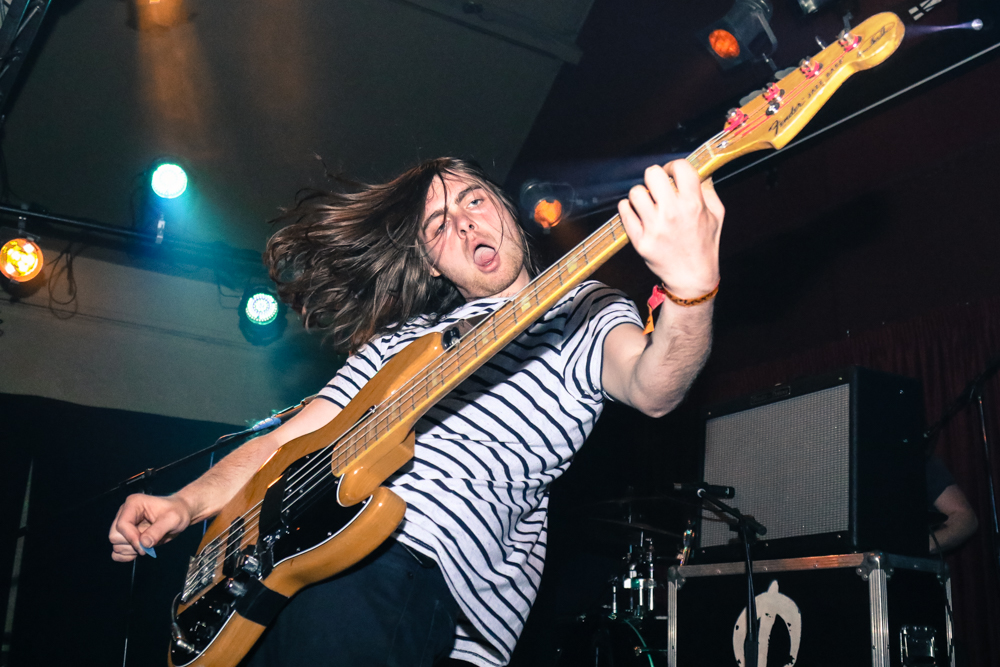 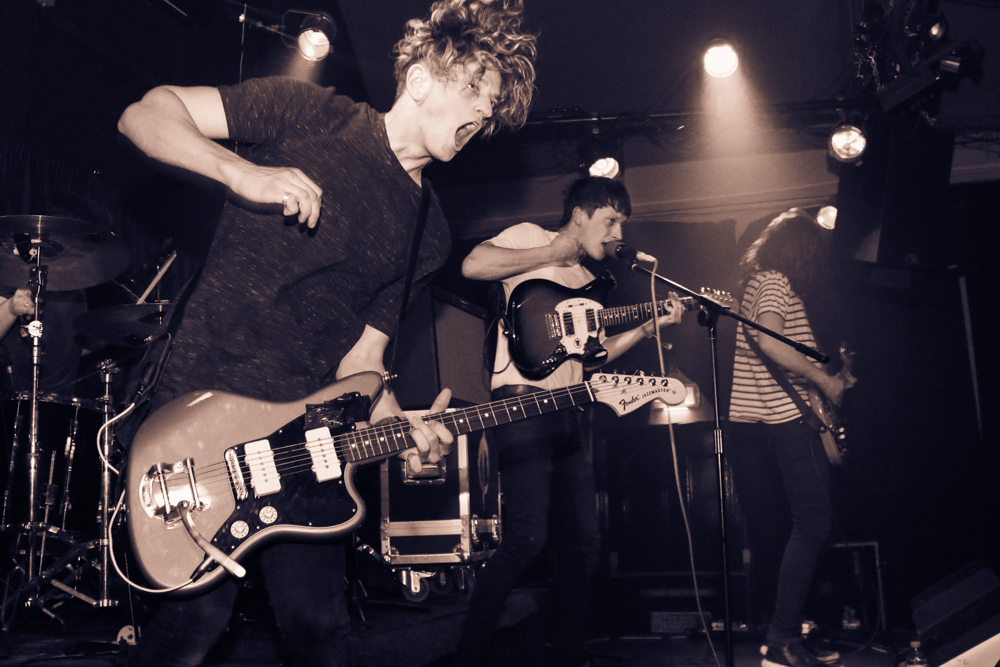 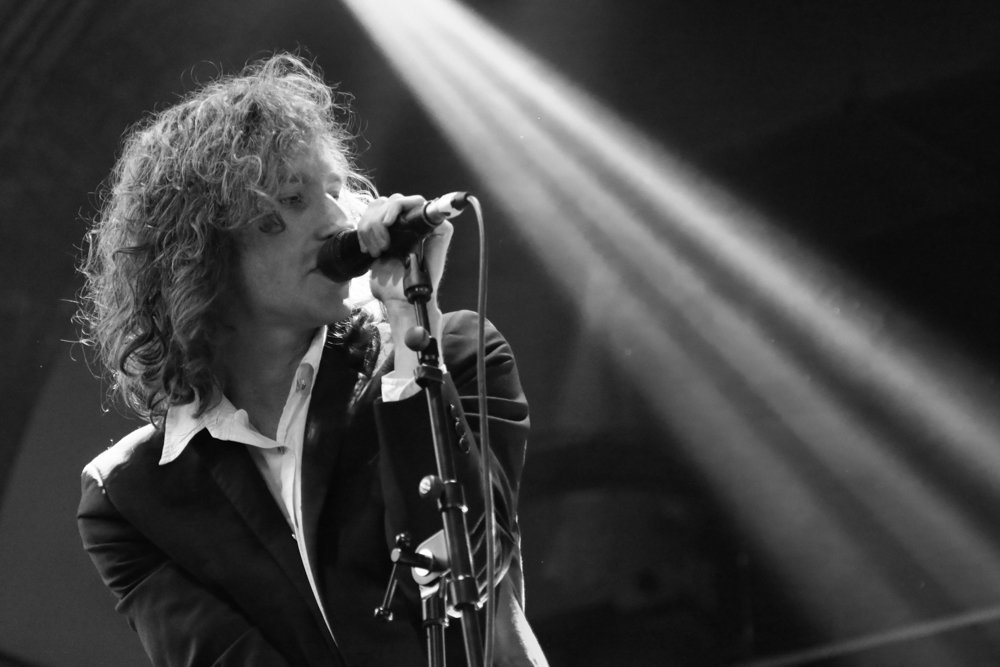 Live at Leeds kicked off the summer festival season once again, showcasing new faces and favourites who will be defining the sound of what’s to come. Traditionally held on the May Bank Holiday Saturday in around twenty official and fringe venues around Leeds city centre, it was the tenth year of this metropolitan music festival, which continues to attract big-name headliners, up-and-coming bands destined for great things and local acts eager to test themselves on the bigger stage.

Of all the years that I’ve been going to Live at Leeds, I think I was looking forward to this one the most. I’ve no idea why; I think I just knew it was going to be a belter. It didn’t disappoint.

I last saw Manchester five-piece Affairs a couple of years ago, when I likened them to a fresh Talk Talk, referencing lead singer James Robinson’s powerful semi-operatic voice. Kicking off the open-air Briggate stage at noon, they played a lively set to a growing crowd in the middle of the city’s main shopping street; a passing socialist march didn’t distract them from what was a bold opening slot. I caught up with James and guitarist, Liam, afterwards, who told me that they’re looking forward to a homecoming gig in Hull (where they met at uni) and a subsequent headline tour in July.

At Headrow House, a relatively new music venue in the heart of the city centre, synth/guitar three-piece White Kite played some soulful electro-pop, while London-based post-grunge guitar band Indigo Husk completely packed out the Belgrave Music Hall with a largely teenage following admiring their off-beat alternative indie style. I was drawn back to Headrow House again for highly-rated vocalist Lamia, who was midway through her slow, melodic set in front of a large crowd. The combination of smoke, darkness and stage effects worked well with her minimalist ambient style.

Local lads Lunablind, led by talented guitarist and vocalist Sam Garbett, have been adopting a growing profile recently. Their strong sound filled the Briggate stage mid-afternoon, attracting some members of the audience in curious fancy dress who, perhaps, had already over-indulged in the convivial Leeds atmosphere.

Sometimes, the distances between venues at LaL are a bit of a hindrance; a taxi was needed to get from the city centre to the excellent Brudenell Social Club in time for British/German duo Lea Porcelain. It was well worth the trek; their 80s Krautrock influence was apparent in their dark electro-guitar style, which was also reminiscent of Joy Division and Echo and the Bunnymen, flitting between slow, melodic and more upbeat synth-led songs such as the stirring Bones.

In recent years, local guitar five-piece Carnabells have become a mainstay of LaL. Having changed drummer last year and having pursued a slightly different musical direction, The Opera Comic took to the stage at Church, a new venue for LaL17, with a huge stained-glass window behind the stage spilling light into the room. Their sound has become far more polished and less poppy, while still showing off their excellent vocal harmonies with a bigger, tighter sound.

I couldn’t be at LaL without visiting one of my favourite venues, Oporto bar on Call Lane. By the time I arrived, the room was at capacity before the highly-anticipated set from Artificial Pleasure, so I craned my neck from the doorway to see a solid electronic bass guitar-driven sound sitting somewhere between the brash, rhythmic style of Franz Ferdinand and the confident vocals of Bowie.

It was a bit of a change of atmosphere when I got to the lounge at the Faversham. Hotly-tipped Joe Fox began playing a very intimate acoustic set to a seated audience of around 30 people, eyes closed, concentrating hard on his performance. With a shiny cardigan over his shirt and perched on a stool in the bay window, he seemed to enjoy delivering his pitch-perfect vocals to a receptive crowd. By the time he played his widely-acclaimed new single, Aftershow, the gathered fans seemed captivated by his voice and the personal way he sang to make everyone feel part of the performance. After his set, he told me that singing such personal songs live in small, intimate venues can sometimes feel a bit strange, with the lyrics of Autopilot being a particular example of sharing very private lyrics with strangers.

In true eclectic style, I made for the centre of Leeds’ student district – Hyde Park – to established drinking-den The Library. I’ve seen October Drift a few times now, and I’d even told Joe Fox earlier that the energy of their shows was quite special, but the West Country foursome just get better and better. Throwing themselves around the stage, their set was incredible; their heavy indie guitars, crowd interaction and sheer exuberance made for an intense half-hour, making it one of my own highlights of the day. Keep an eye on these guys – they’re going places.

It’s always quite a task to work out who to choose as the headliner. This year was as tricky as always: Rag ‘n Bone Man, Slaves and Haus were all playing at different venues at the same time, but I decided upon London indie-pop band Teleman at the Wardrobe. I’m glad I did.

The crowd in the bowl of the basement room was already assembled a good while before their set, making for a cracking atmosphere. Once they got going, it was clear the audience was up for it; the bass-led synth sound of ‘Strange Combinations’ and ‘Skeleton Dance’ provided great rhythms that drove the set towards the finale. By the time they got to the excellent ‘Dusseldorf’, it was like being in a sauna, but it was a great feeling to have witnessed a fantastic set from an amazing live band.

I was fortunate to catch up with bassist Pete Cattermoul afterwards, who told me they’d be taking a break from touring to concentrate on writing some new music, which is an exciting prospect.

So there it was: the tenth LaL, with live music, big crowds and new musical discoveries. I came away with my musical passions reaffirmed.

Check back soon for our interviews with Joe Fox and Affairs.