Having released one of the contenders for album of the year in late August, Exeter’s Muncie Girls hit the road for their biggest UK tour to date, taking Fixed Ideals around the UK with Australia’s The Hard Aches in support.

The Hard Aches set the tone for a night of punk inspired riffs, anthemic choruses and introspective, earnest lyricism. Some of band’s songs have a sense of familiarity and deference to pop punks biggest name, with echoes of Green Day’s‘Know Your Enemy’ on ‘Brain Drain’ most noticeable. However, it is those moments where the band become more reflective that they excel. Bookending their set with their two best tracks, ‘Mess’ and ‘I Get Like That’, alongside a tender duet with Muncie Girls Lande Hekt (standing in for Camp Cope’s Georgia Maq) these tracks highlight the Adelaide duo’s strength in crafting powerful yet melodic pop-punk and in doing so set the tone perfectly for the headline act.

The Exeter band (expanded to a four piece for the tour) emerged to the slightly surprising tones of Bruce Springsteen’s ‘Born In The USA’, but anyone in the audience expecting similar sounds through the night were quickly brought down to earth as Dean McMullen’s crunching guitar launched into ‘Locked Up’.

The evolution of the band’s songcraft from the first to second record is impressive and most evident on the night in the likes of ‘Falling Down’ and ‘Isn’t It Funny’. The addition of the extra guitar line and intricate drum fills, courtesy of Luke Ellis, ensures the richness of the compositions is fully appreciated, with a warmth of texture and depth of sound that moves beyond the grunge inspired, punk leanings of their debut. However, the set didn’t really begin in earnest until ‘Jeremy’, the opening track to their new album. An indignant diatribe against a neglectful father, it provides an early insight into the insecurities and frustrations that have informed the recent writing of lead singer, Hekt.

The band have always had something to say, with ‘Respect’ from their first record a striking statement against misogynists and abusers in society. However, Fixed Ideals takes the perspective and turns it starkly inwards, with Hekt’s writing increasingly introspective and personal. Album singles ‘Picture of Health’ and ‘Clinic’ are testament to the trio’s ability to craft heartfelt and engaging songs – their representation of the impact of anxiety is so simple and yet so powerful, relatable without falling into a sense of self-pity or even glamorisation. The appreciative reception those songs garnered in Borderline is proof that these tracks are landing well with fans and can bring a sense of support and solidarity to those suffering similarly.

Still relatively young as a band, having formed in 2010 but not releasing their debut From Caplan to Belsize until 2016, the (justified) critical success of their second album will no doubt push the band to far bigger stages in time. With that exposure will come experience and growth as musicians and performers.

On the night the set up was relatively low key, no extravagant gestures or complex lighting set ups. The use of a bubble machine for ‘Bubble Bath’ was suitably understated, think more child’s party in the park rather than Zante foam party. This felt fitting for a band rooted in the DIY scene and who seem to revel in releasing music as much as the fans enjoy hearing it. Their potential seems huge and their next steps will be incredibly exciting to see, but in the meantime we can all continue to enjoy a record packed with moments of humour, honesty, vulnerability and defiance.

Fixed Ideals is available to stream and download HERE. The band continue their tour across Europe through October before beginning their first North American tour in November (dates below). 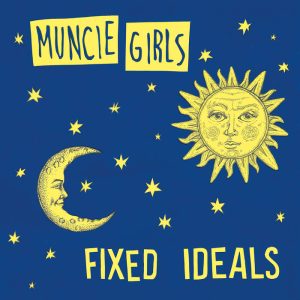 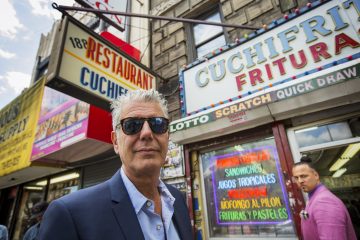