Camden’s leading vegan street food specialists, Rudy’s Dirty Vegan Diner, have been drafted in to serve 100% vegan, Bavarian Wiesswurst, Bratwurst and Bockwurst sausages with all the usual trimmings, alongside their legendary Gooey-Crispy-Fried Vegan Mozzarella Sticksand loaded fries. Vegtoberfest will also make use of Fest Roof Garden’s wood-fired pizza oven where a selection of vegan pizzas with Bavarian themes will be served as well as vegan pretzels with accompaniments.

Oktoberfest is a beer festival first and foremost and Vegtoberfest is just that. Vegan-friendly Bavarian beers such as Spaten and Lowenbrau will sit alongside a handful of local vegan craft ales including a special Oktoberfest brew from Camden Town Brewery, while vegan wines, mulled wine and hot and cold cocktails will also be available. 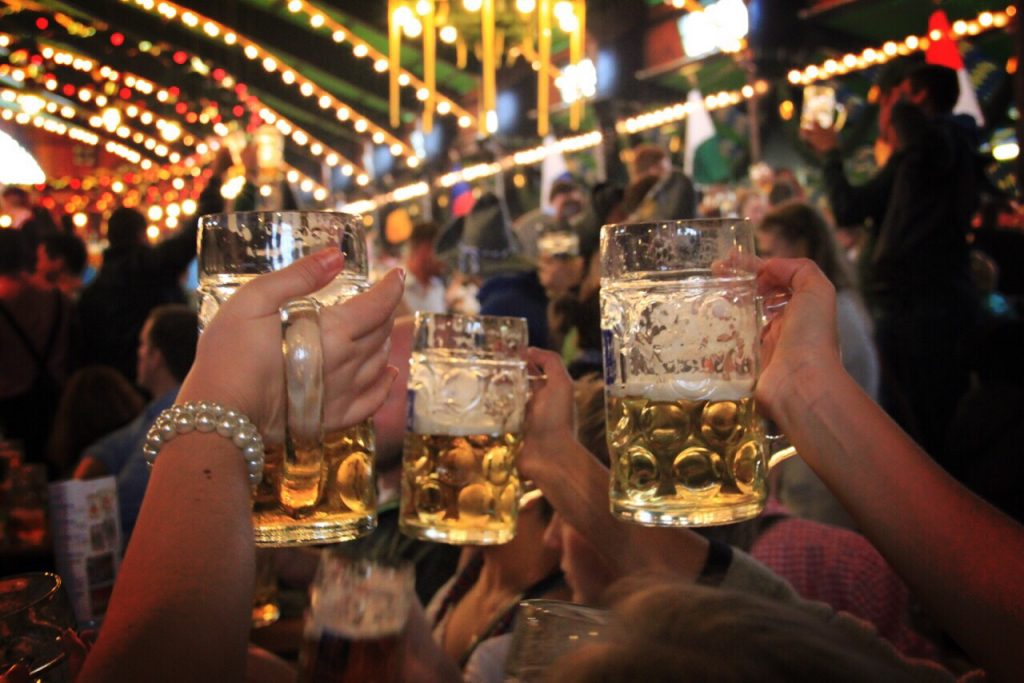 Fest Camden’s main room will be transformed into a Bavarian beer hall where guests can enjoy their ‘steins’ with live entertainment from seven-piece party band, Whale of a Time, playing three different sets throughout the day. Expect a funk, soul and pop explosion from the musicians, who have played everywhere from from The Royal Albert Hall to Ronnie Scotts Jazz Club.

London’s leading cabaret stage magician, Dee Riley (main picture), is also on the bill. Known for his comical quirky acts all over London, his weekly appearances at Madame Jojo’s BIZU show became infamous for their audacity and Dee’s pure charisma. Expect more comedy and DJs aside, while enjoying Vegan food and drink from the roof garden with views over Camden Stables Market.

Final tickets for this Saturday’s Vegtoberfest are on sale at www.vegtoberfest.co.uk