‘FUN’ is a lo-fi force to be reckoned with, with its heavy, sludgy guitars, hypnotic chorus and soaring groove rhythm section. It’s a blistering debut which calls to mind greats such as The Arctic Monkeys and Alice In Chains.

“The song’s about being the person you are whether or not you’re surrounded by people who want to put you down or snigger at your ambitions,” says frontman, Joey Rogers (singer/guitarist). “I was also reading a lot of Lewis Carol at the time. Who knows.

“The video we shot in this warehouse in December. We’ve always loved performance videos, ever since blasting ‘Last Night’ by the Strokes. Also this way we don’t have to sit in Cadillacs, on Oxford Street, cruising.”

DROOL – completed by Martin Söderin (drummer), Louis Greenway (lead guitar) and Joe Bennison (bassist) – formed in March 2018, when Rogers put out an ad that read, “I have to start a band. My influences are Black Sabbath, Pixies and The Beatles. Here’s a song.” Söderin was the first to join through a mutual friend, Greenway found the demo whilst bored in class and met the band that evening, and Bennison moved to London after a phone call that lasted five minutes.

“At the moment we’re writing and rehearsing a lot,” Rogers continues. “Very fresh for us, we just rushed out a single to see if people liked the direction.” As for 2019, “Who knows. Hopefully loads of releases. We have about 50 songs written at the moment so very keen to get them out.

“We have a gig 31st January at the Hawley Arms in Camden. Come along.”

‘FUN’ is out now via Crowds and Power Music Group. 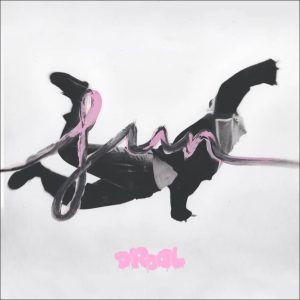