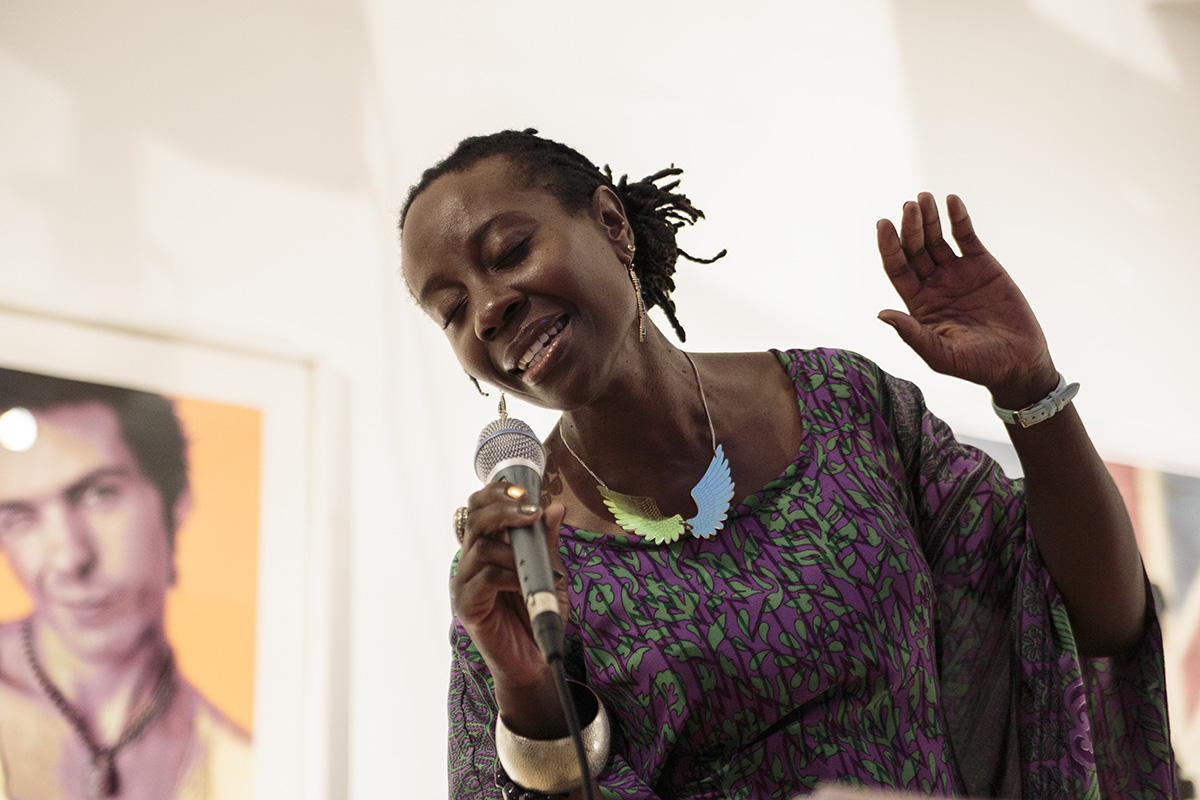 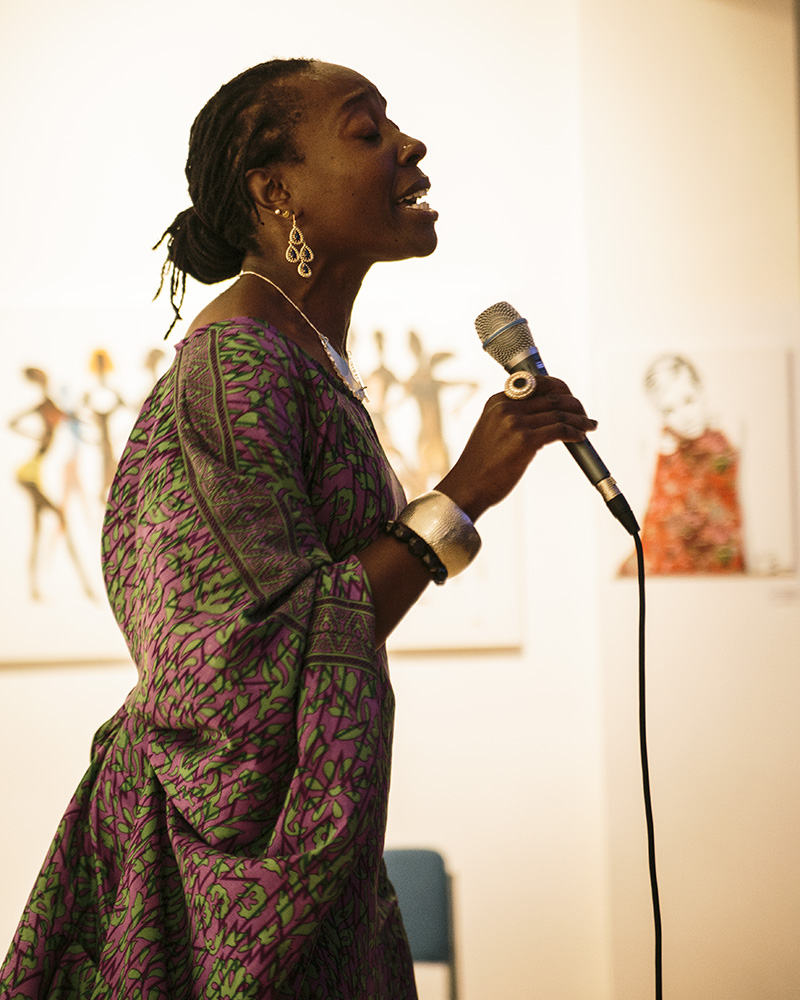 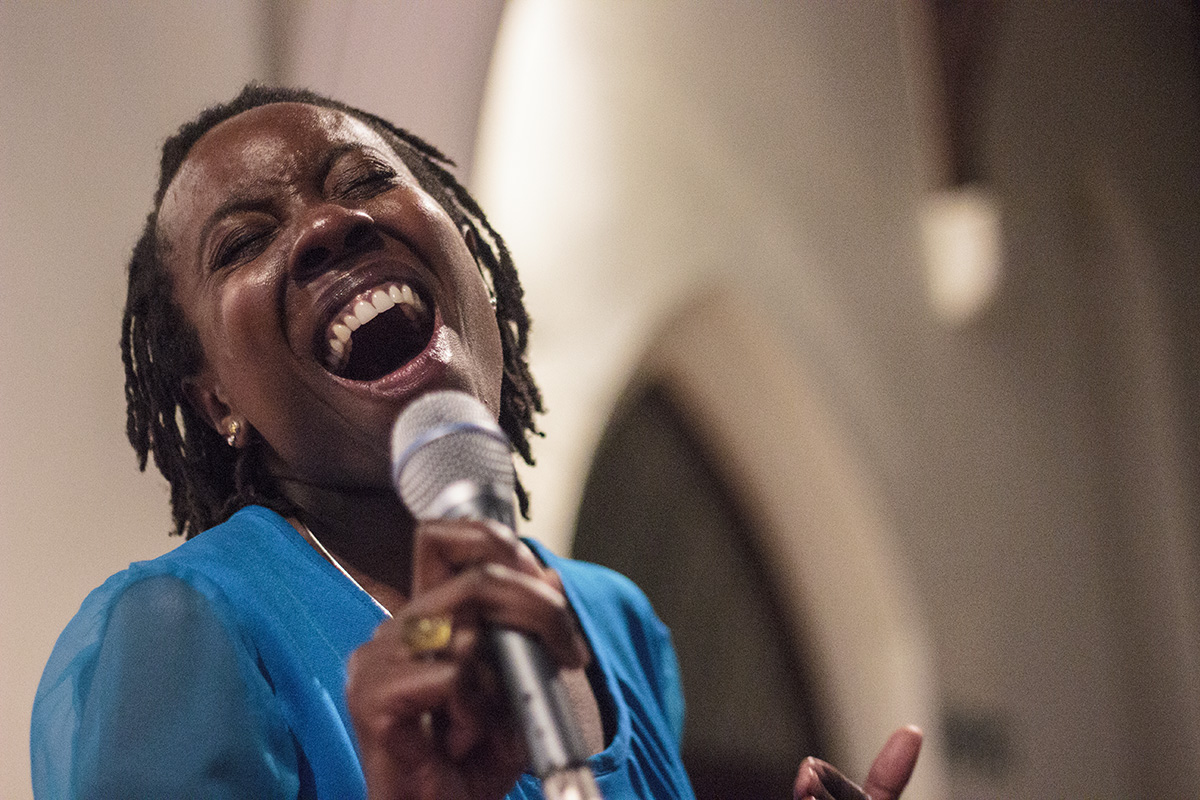 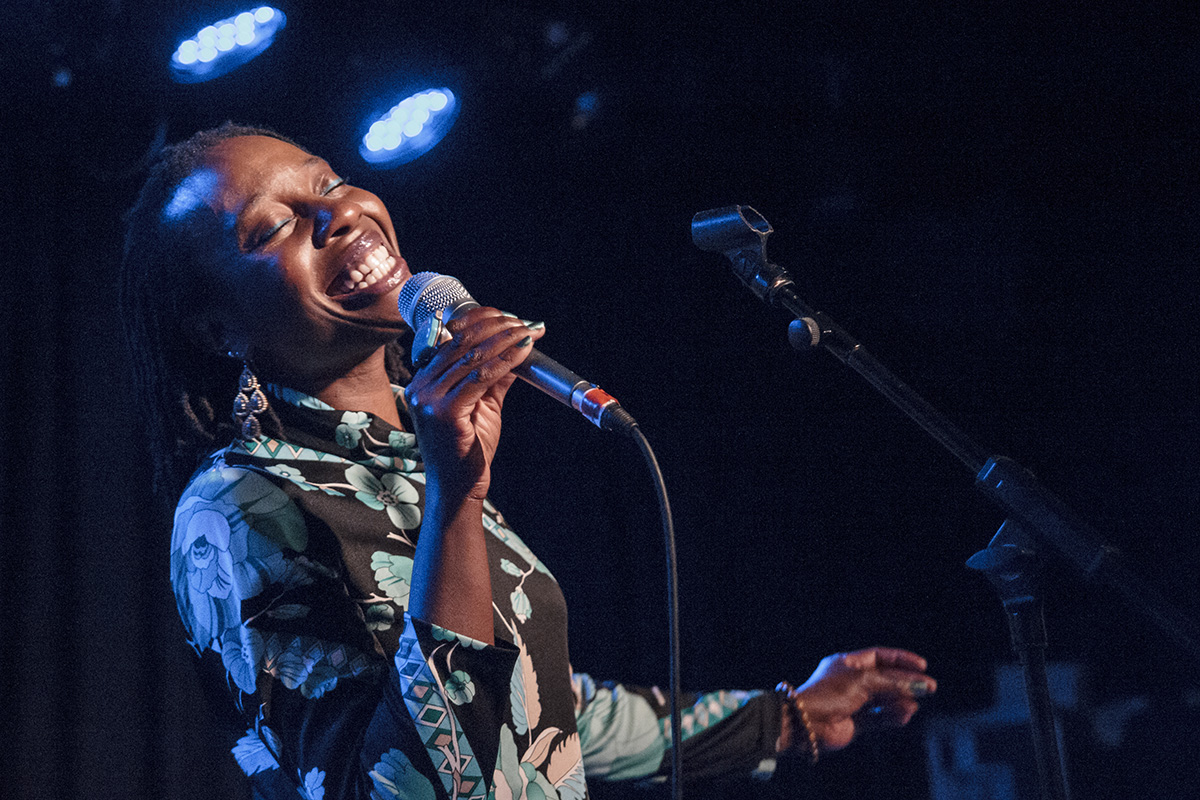 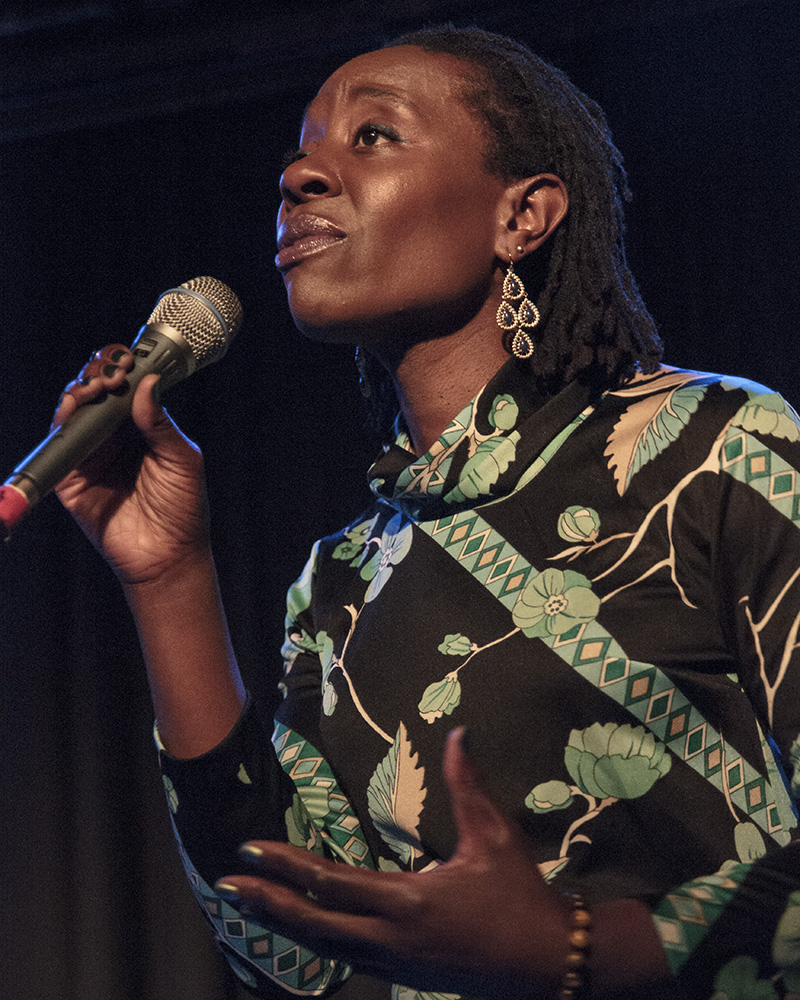 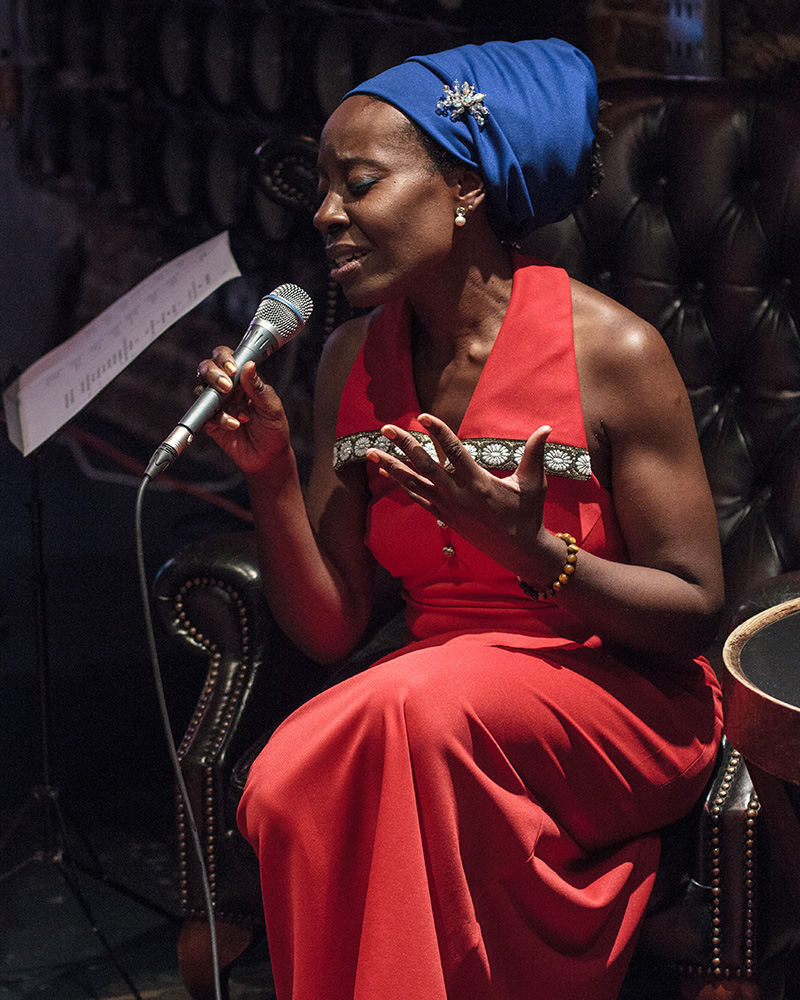 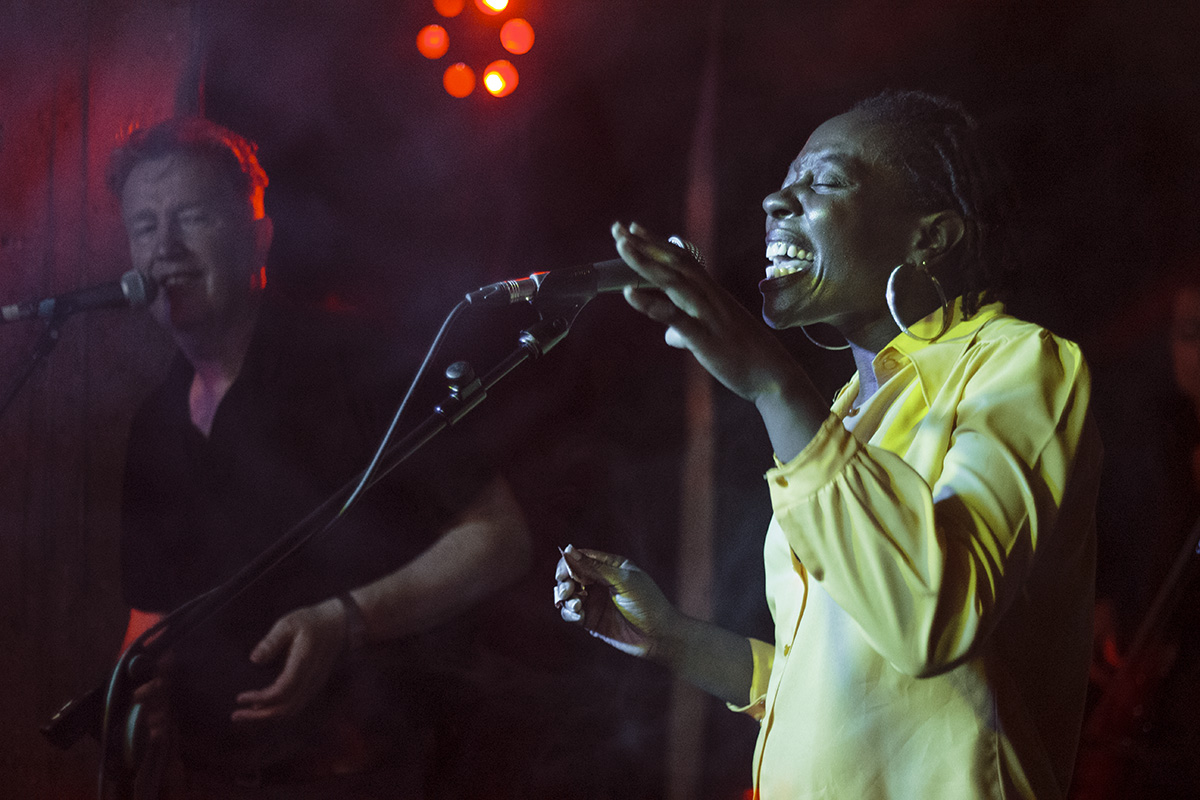 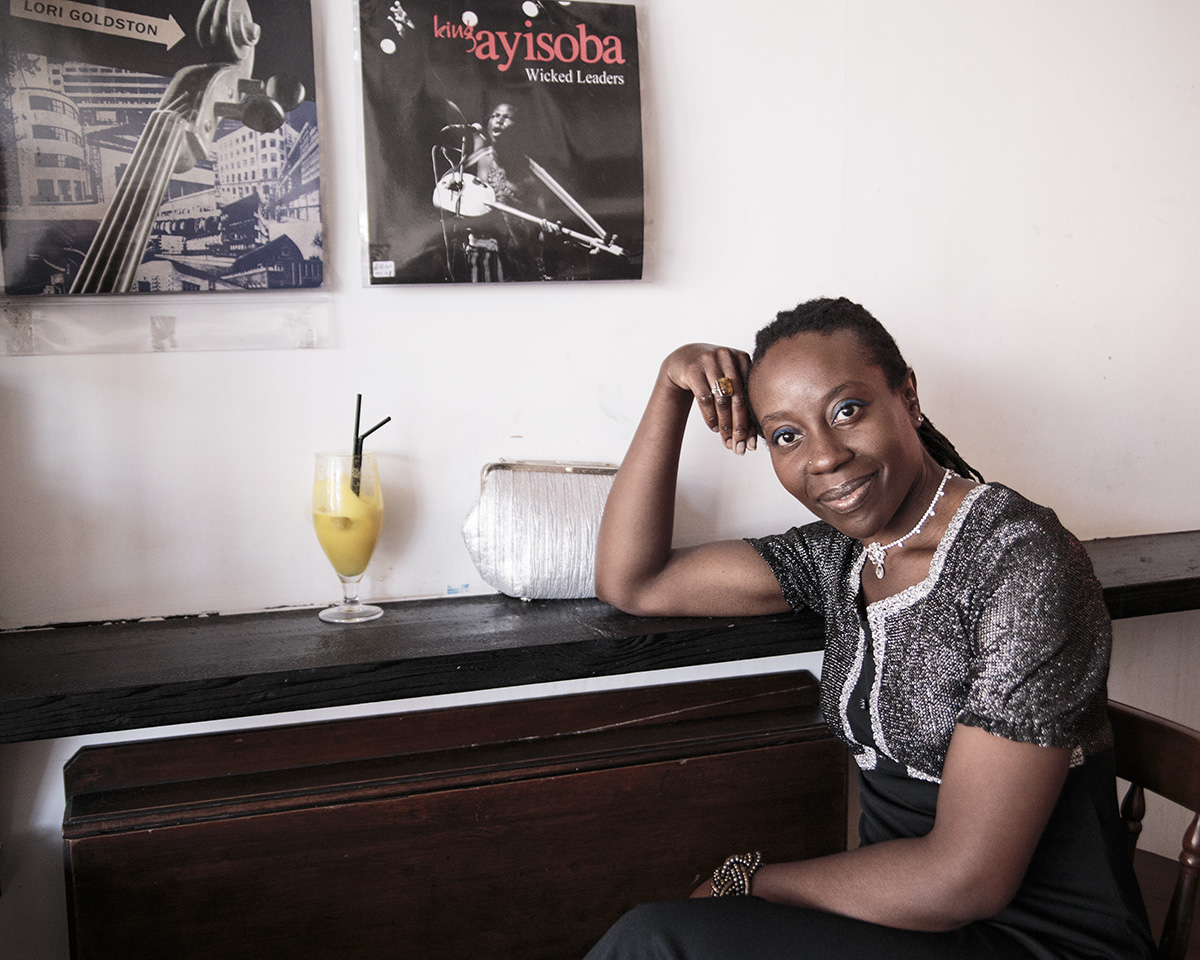 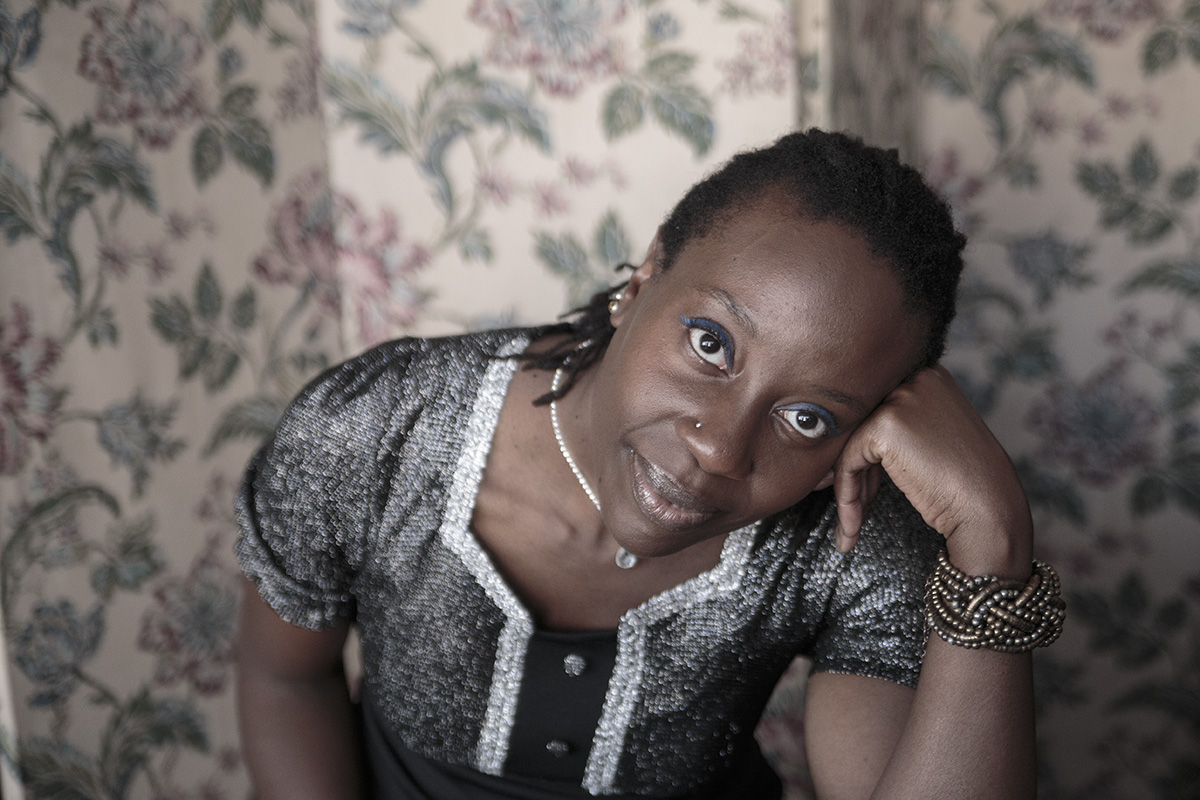 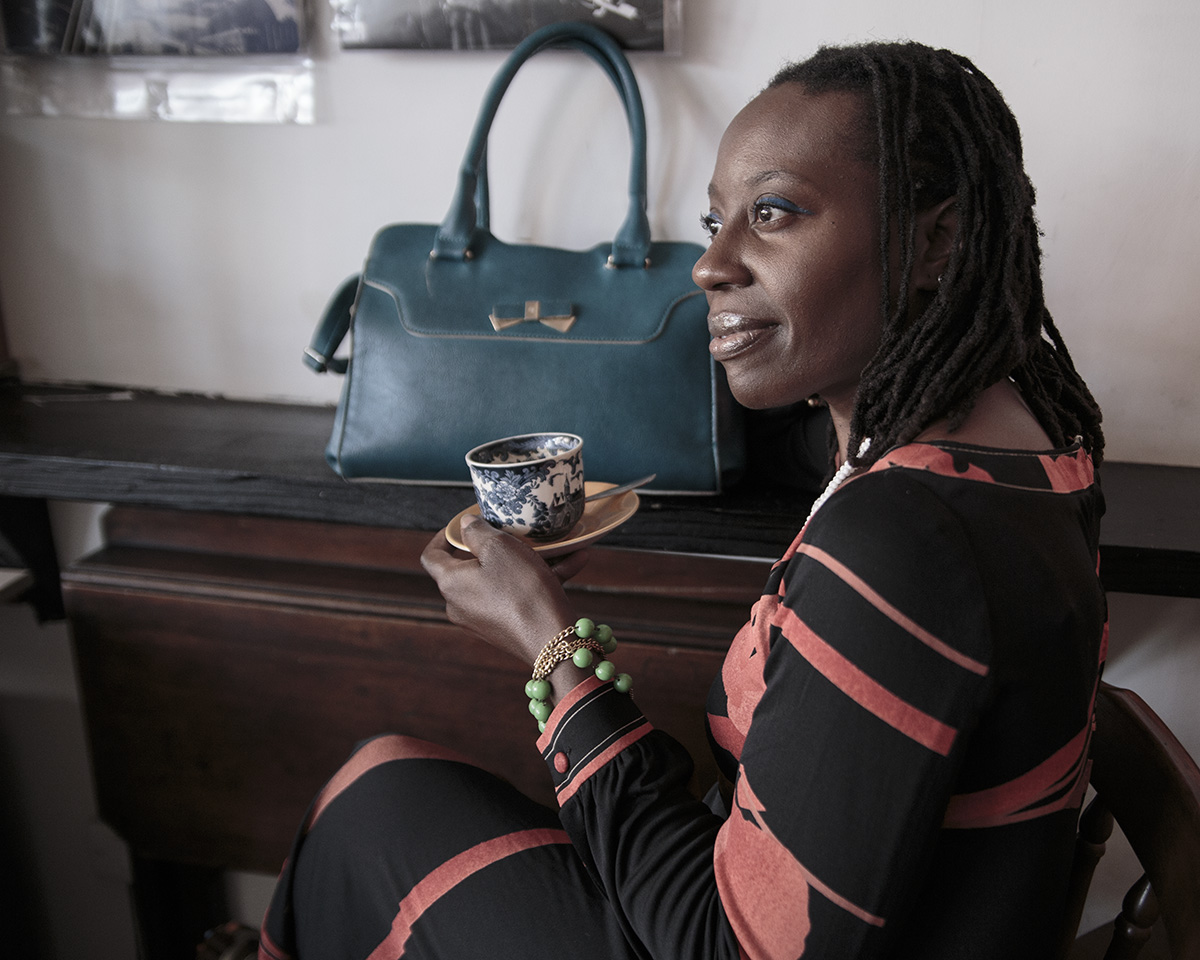 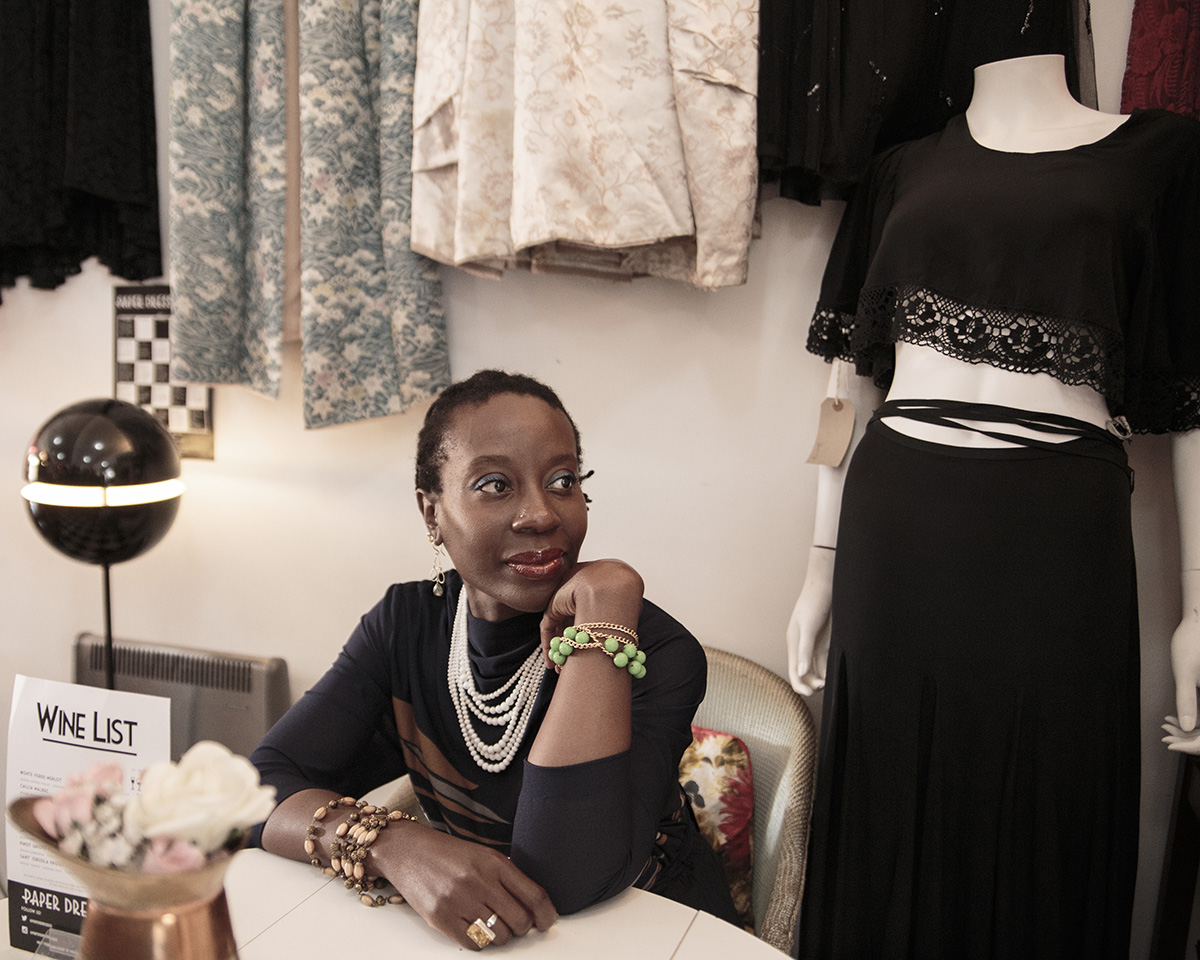 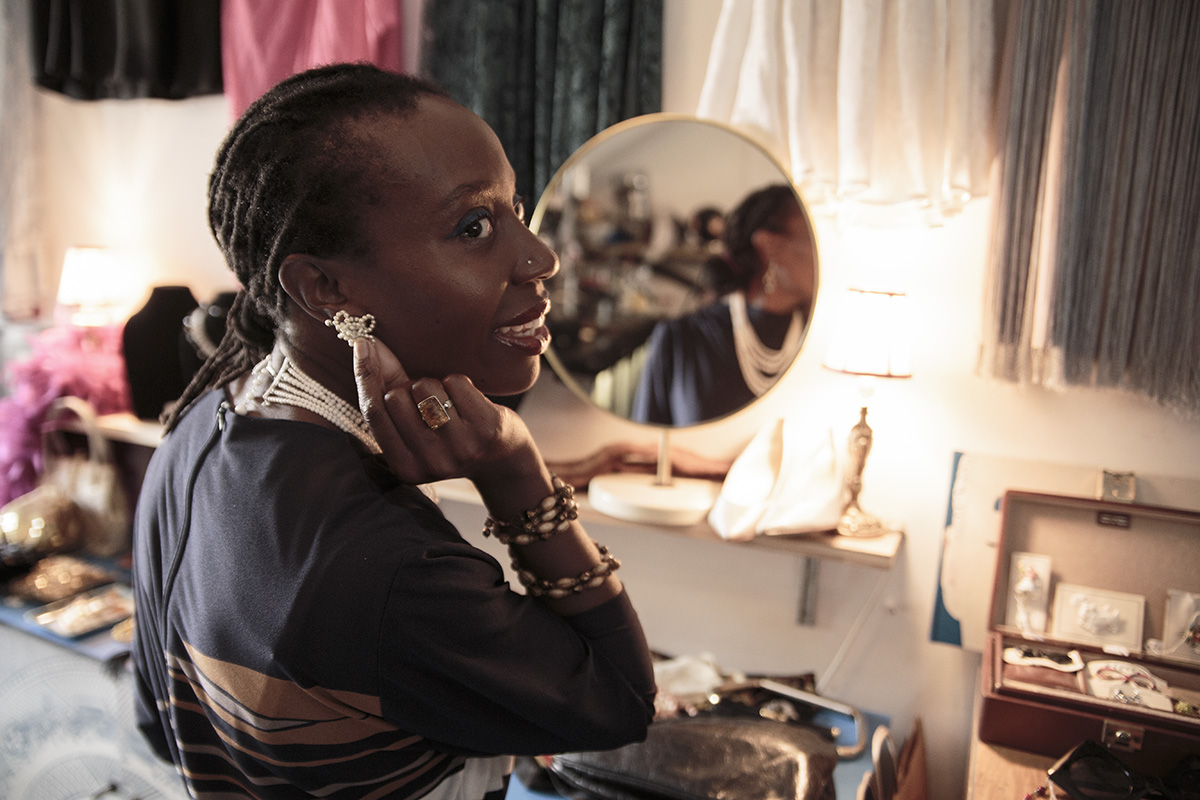 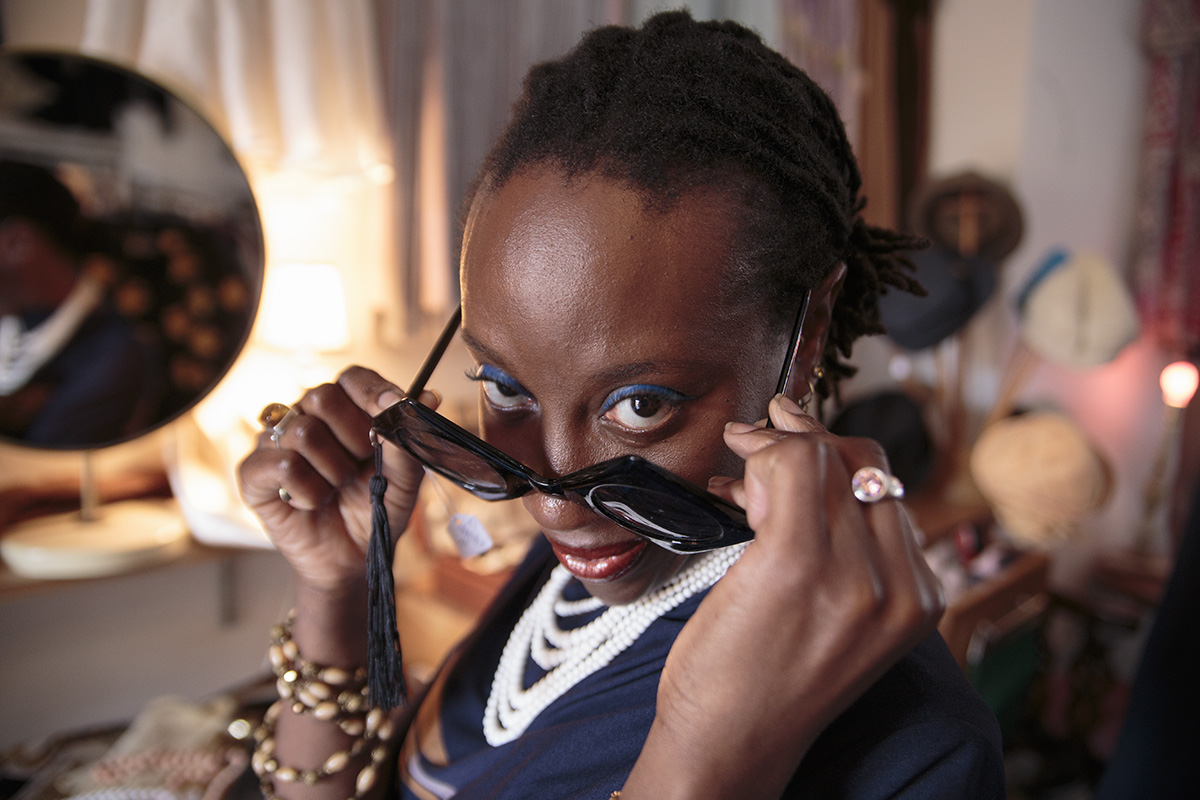 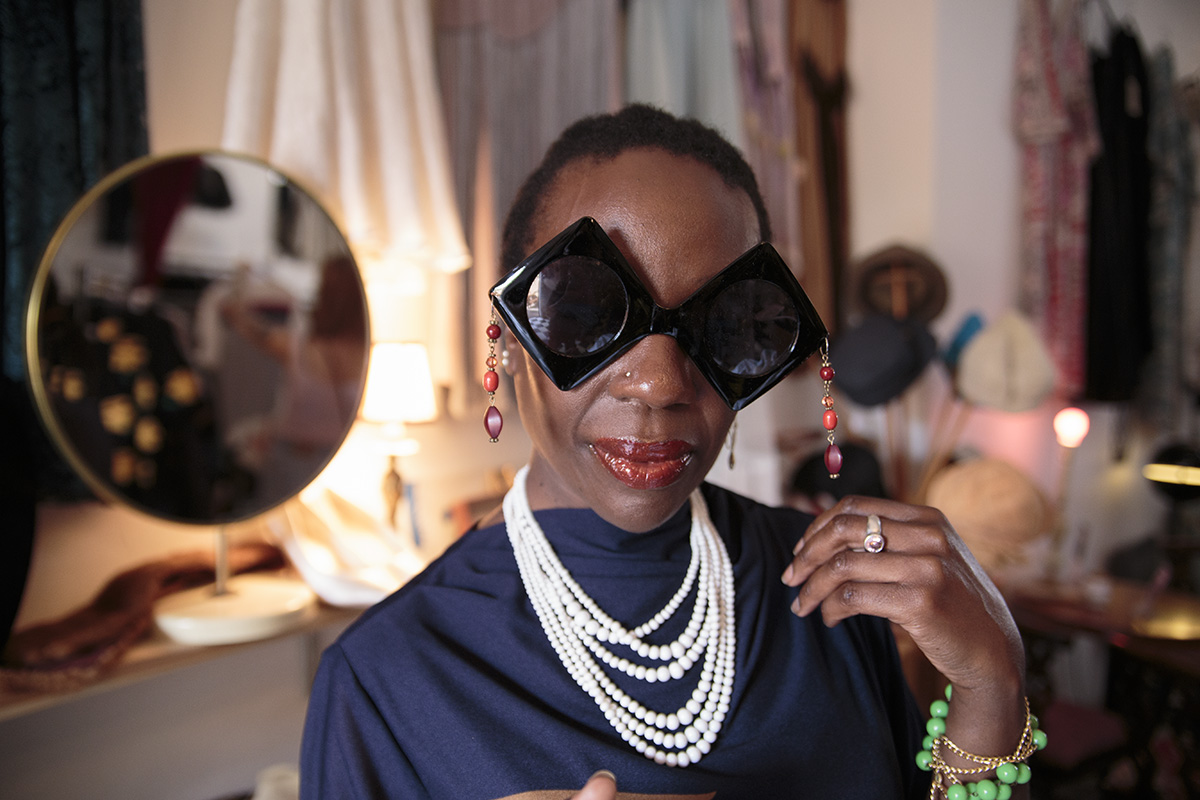 Today sees the release of the SING4SANE charity single, ‘Live Again’, by Melissa James, a London born and bred jazz-blues-soul-folk singer-songwriter with a penchant for ’70s vintage clothes and putting on charity gigs in unusual venues.

James staged a Big Sing at Caffé Nero‘s Heathrow premises earlier this year, and invited anyone who wished to join her, to sing backing vocals on ‘Live Again’, to highlight the importance of mind health matters and to raise money for the mental health charity, SANE. We spoke to her about the project and her singing career, over some very fine coffee at Paper Dress Vintage in Hackney.

It wasn’t until university that James fell in love with music and the media crowd, although she enjoyed singing from an early age, “My dad loved music and played lots of records, and was a good singer, in church and around the house. But music was still seen as that thing you didn’t do as a career, so I only ever did it for my own fun and pleasure.[…] The first time I realised I had a voice that I should use, was when I did a performance with Tom Robinson at The Tabernacle in Notting Hill in January 2013.”

James met London-based broadcaster and songwriter, Tom Robinson (BBC 6 Music), on a songwriting course that he’d organised at a country house in rural Kent, “We had a songwriting weekend, where we had to do something ridiculous like write 24 songs in 24 hours. I got to know him through that, and we wrote a song together, called ‘Old Mother London’, and he asked me to perform it with him at The Tabernacle, and sing backing vocals on some of his songs.

“‘Old Mother London’ is quite a chirpy-chappy song, it’s not a heartfelt ballad or anything like that. I thought I didn’t even perform it that well, and at the end this woman came up to me and said, ‘But your voice…’ and when she said that it was like a point of realisation that there was something that people connect with in my voice.”

James met her songwriting partner, Ross Lorraine (The Lost Jockey, Arditti Quartet, Ensemble Exposé) in 2009, which culminated in her first album, Day Dawns. “All these stories that I never imagined would be there began to flow. I was writing lots, really. I say a lot, I don’t write a song a day, or five songs a day, nothing like that. For me, what feels like lots, a lot of the songs come in the middle of the night, often when I’m sleeping, and certainly when I’m doing something else and not necessarily thinking about songwriting. I would like to be able to sit down to write a song, but mostly they just appear. They kind of write themselves.”

It was a combination of frustration with performing gigs in pubs – “I’d put a lot of myself into the songs, and I didn’t want to sing them to an audience that talks over them and doesn’t want to listen.” – and being inspired by the charity work of the Small Steps Project, that led James to launch Gig in a Gallery (GIAG).

“Just before Christmas 2012, I was out driving around, listening to the radio and heard a woman talking about her charity and explaining how it got started. She was a celebrity journalist who had taken a trip to Cambodia, and while there she got tired of the beaches and pretty scenery and wanted to see what the real Cambodia was like. And that was how she came across children and families living on rubbish dumps. When she returned to England, she set up the Small Steps Project, which aimed to raise money to buy shoes for the children who were scavenging on the rubbish dumps, for things they could sell to make money for their families.”

James was so affected by their story that she offered to perform at one of their events, but never heard back. Her thoughts turned to holding a little concert at home and asking friends to donate £10 each to the charity to attend, when the idea grew into gallery performances, “Once I’d made the decision about a gig in a gallery, I took one day randomly looking at London art galleries and calling three: one in Wimbledon, one in Camberwell and one in Bethnal Green, and within an hour all three said yes. It was so much easier than trying to do it in a music venue.

“Whoever came to that first gig are still coming along now. It also meant I was performing more than I had been before, and in the way I wanted to. […] It started to build up my experience of putting on gigs, promoting and plugging what I do, and helped the charity, which was the point of it. They were all lovely gigs, in their own special way. I started with those three, then asked Tom and the other people that had been at the songwriting workshop if they would join me at a bigger event.”

The SING4SANE project came about in the run-up to James’s second album, Stripped Back, a collection of songs recorded in a live, acoustic environment. It was recording the album that highlighted issues for James that she could no longer ignore, “After doing that I started going on this unexpected journey of learning a lot about myself, hearing my voice in that really stark setting. I realised that the songs that were on that record (and one in particular, which is called ‘Live Again’) was talking more about me than the person I thought I was writing it for.”

James asked the members of a local amateur choir to come along and do backing vocals for the launch of the record in October last year, “From that I thought it would be really nice to do it again, but in a public setting and with more people singing backing vocals.”

After speaking to Caffé Nero, who suggested using their Heathrow space in the Arrivals area, James was still unsure which mental health charity to work with, until she happened to hear Marjorie Wallace, from the charity SANE, on the radio, “She was on Desert Island Discs and she was talking about her work with SANE and how it got started, and more about the charity.” She dropped them a call straight after and they were really keen, “So, that was it. I would do a singing event for SANE, and it became the SING4SANE event at Caffe Nero in Heathrow.”

Recording the song to benefit the charity was the next logical step, but it wasn’t until early May this year that she put the idea to a producer friend, who immediately loved it, “It was all very tentative until I got RAK Studios and they said we could do it there. And very quickly it became a reality.”

Listening to James tell her serendipitous stories, you get the feeling that life isn’t always in her hands, “I only ever act on gut instinct. Even though I kept brushing the idea away, it kept coming back to me and made me realise it was something I should act on, and when things start coming together without making much effort, then you just think that if you keep putting one foot in front of the other then it will move by itself. If I feel that something is right, I act on it, and if I’m uncertain and still questioning it, it’s guaranteed there will be signs that edge me forward.”

Even James’s style was a happy accident. It was while sourcing clothes for a press shoot to promote her first record, that she got into ‘70s fashion, “I happened to come into contact with someone via Twitter, who said they had lots of vintage clothing. I met with her and just tried on things, and happened to try on some ’70s trousers and dresses and I realised they just worked so well. Now it’s become my thing and I love wearing them.

“Paper Dress is a place I come to a lot. I know that if I’m looking for something in particular for a performance, they have such a great array of outfits that I’m guaranteed to find that perfect ’70s dress. […] If I try on a ’50s dress it just doesn’t look as good on me. If I put on a ’70s pair of trousers, they just hang in the right way. I’m not big on shops and shopping, or high streets and big shopping centres. I get a bit fed up seeing racks and racks of the same clothes in every shop, because they are all copying what’s on the catwalks. I’d rather find something that looks a little bit different, which also, when I put it on, feels like someone has made it for me, even if it’s not. Finding something that is a little bit flamboyant and different with lots of colourful prints.”

Committing to a full-time ‘70s look would be way to much effort for James though, “I like to look good without having to put in any effort to find the nice bits, which is why I don’t go shopping very much. I don’t live that close to Hackney, so it does require some thought and planning to see what I can find. If I lived down the road I’d be here every day. And it’s a music venue as well as a fantastic vintage fashion space. I just love being able to explore clothes in this way, knowing what I wear is unlikely to be worn by anyone else. I can’t be bothered to be the same, I want to do something different.” 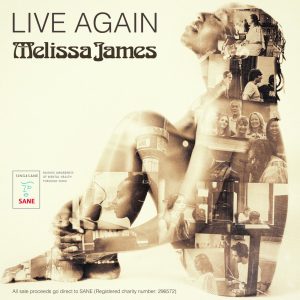