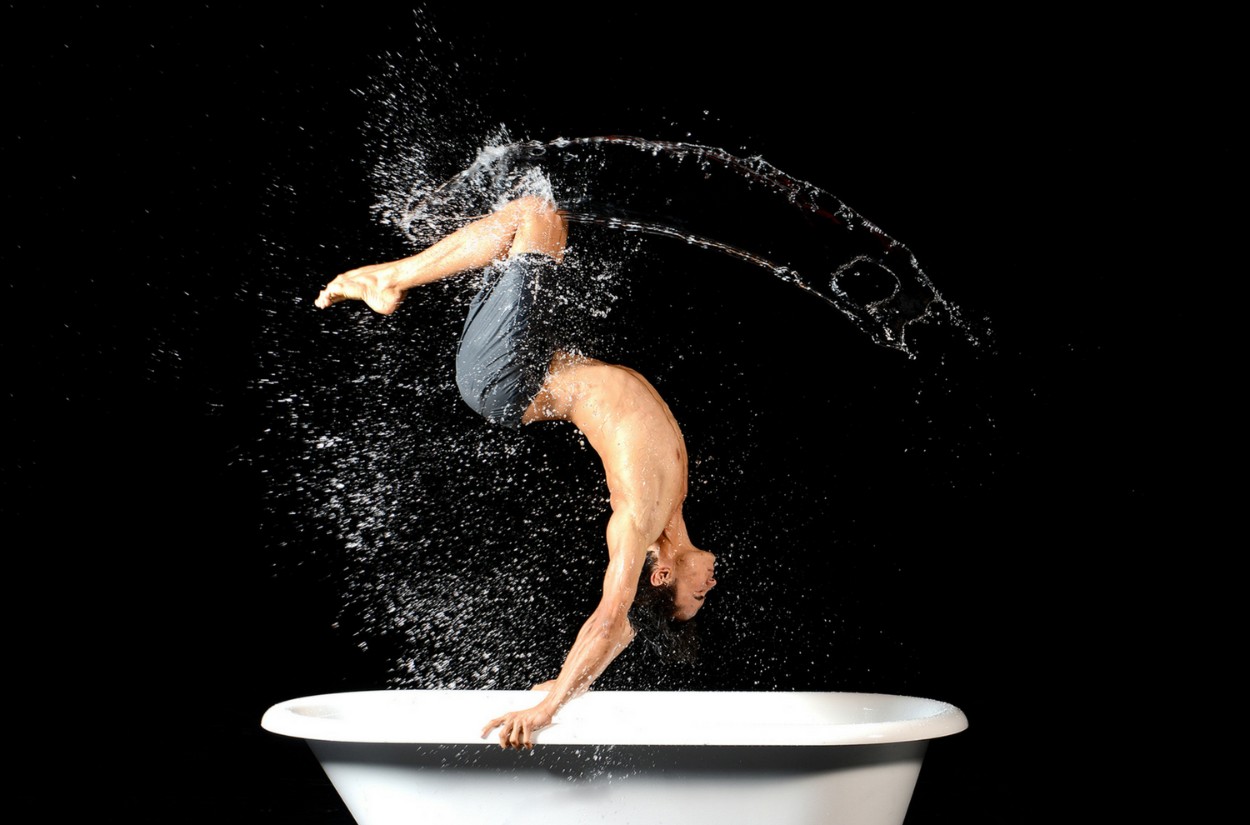 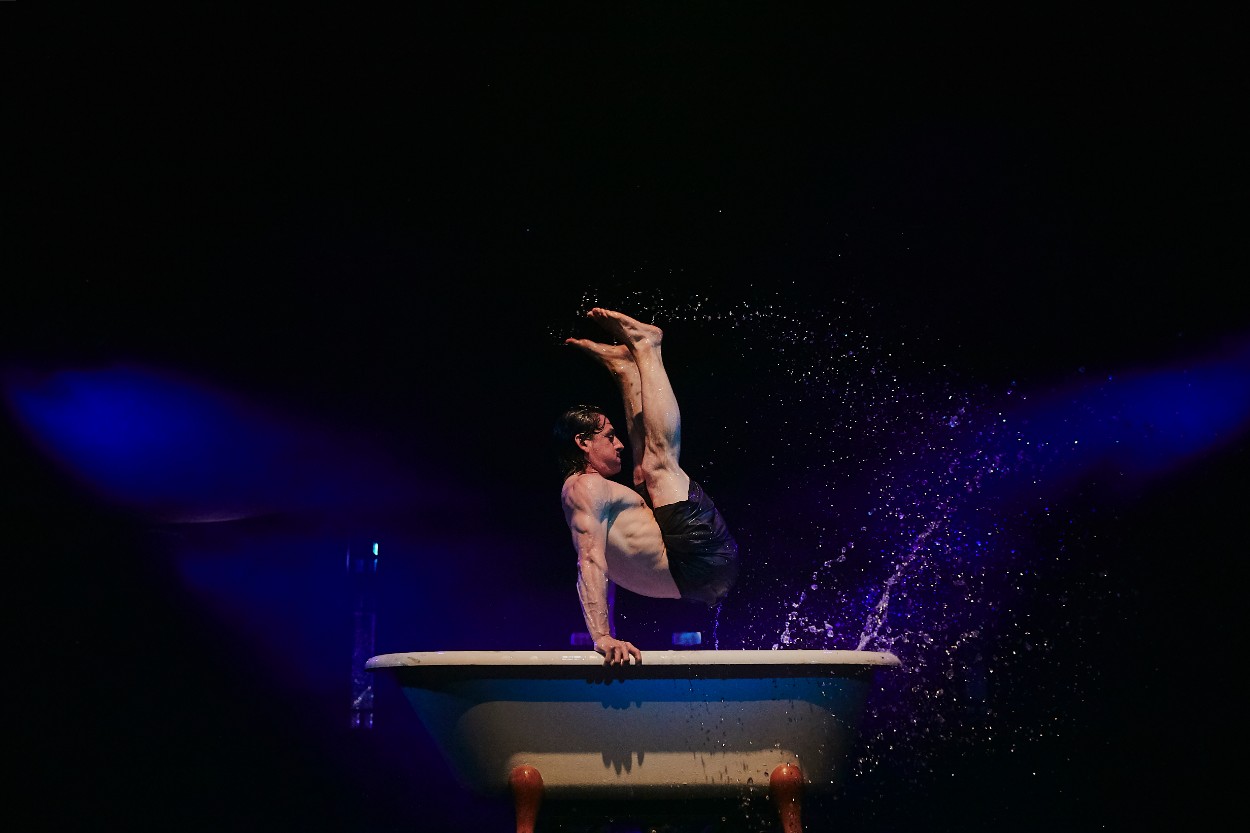 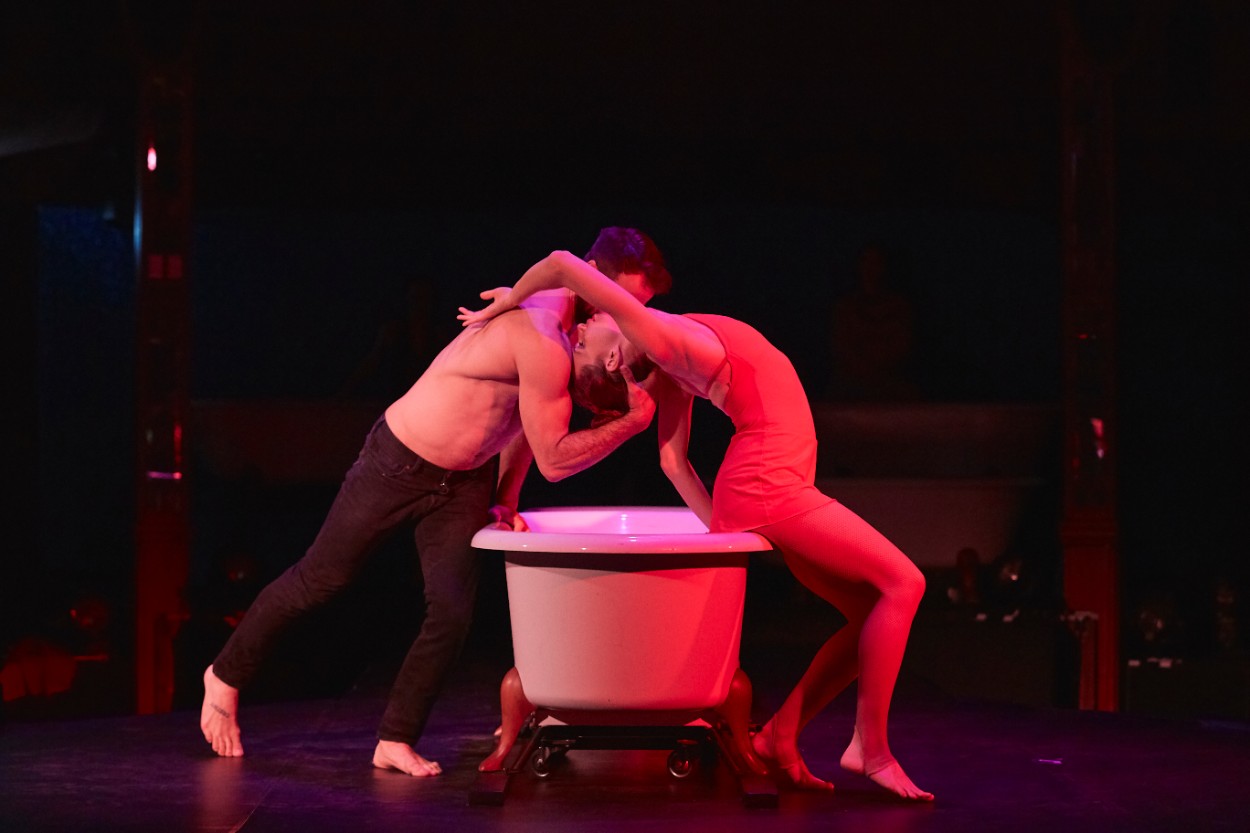 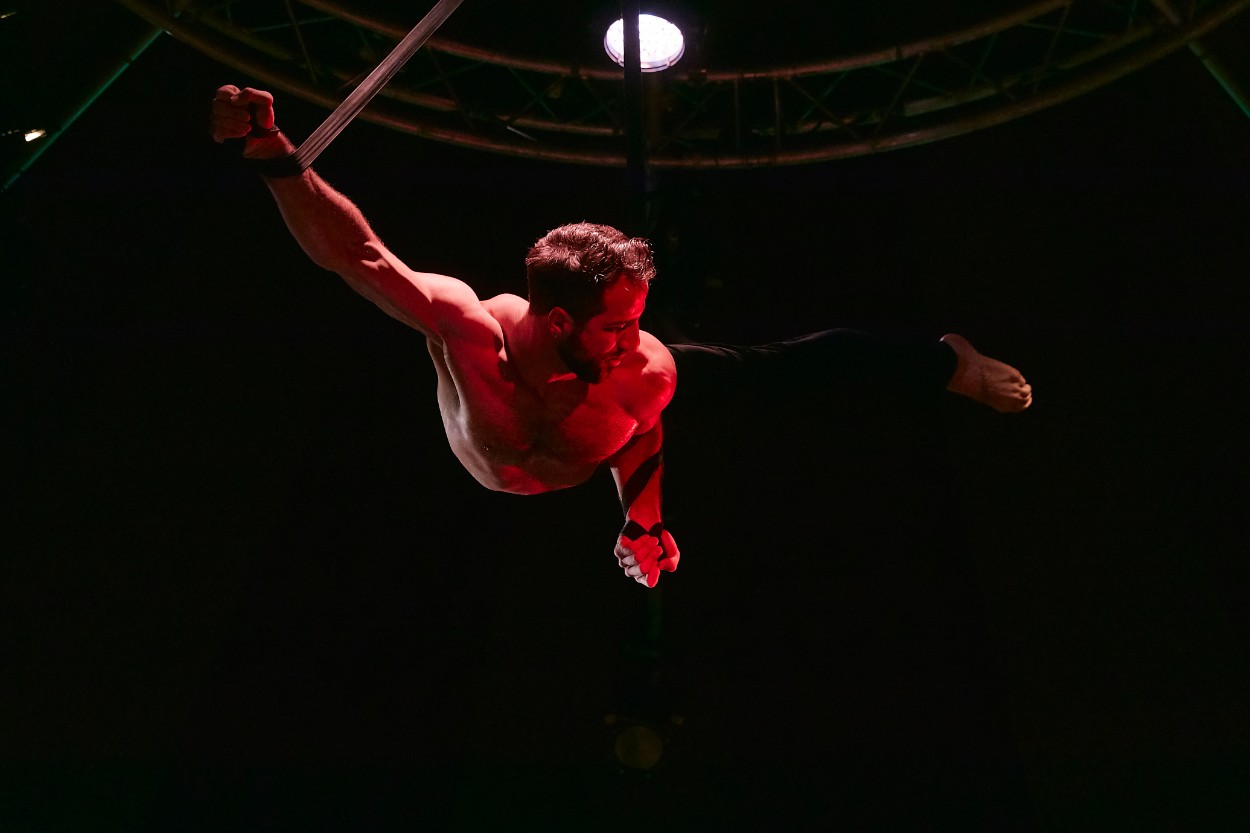 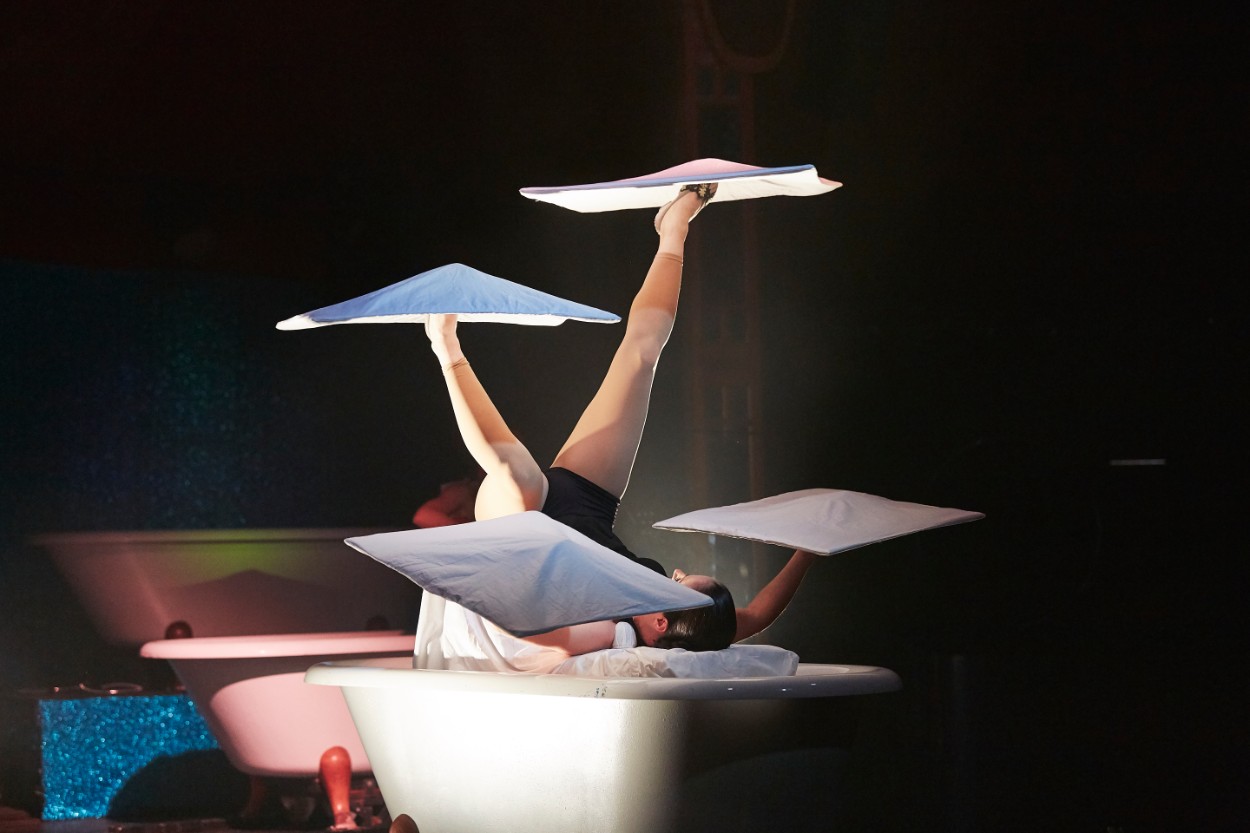 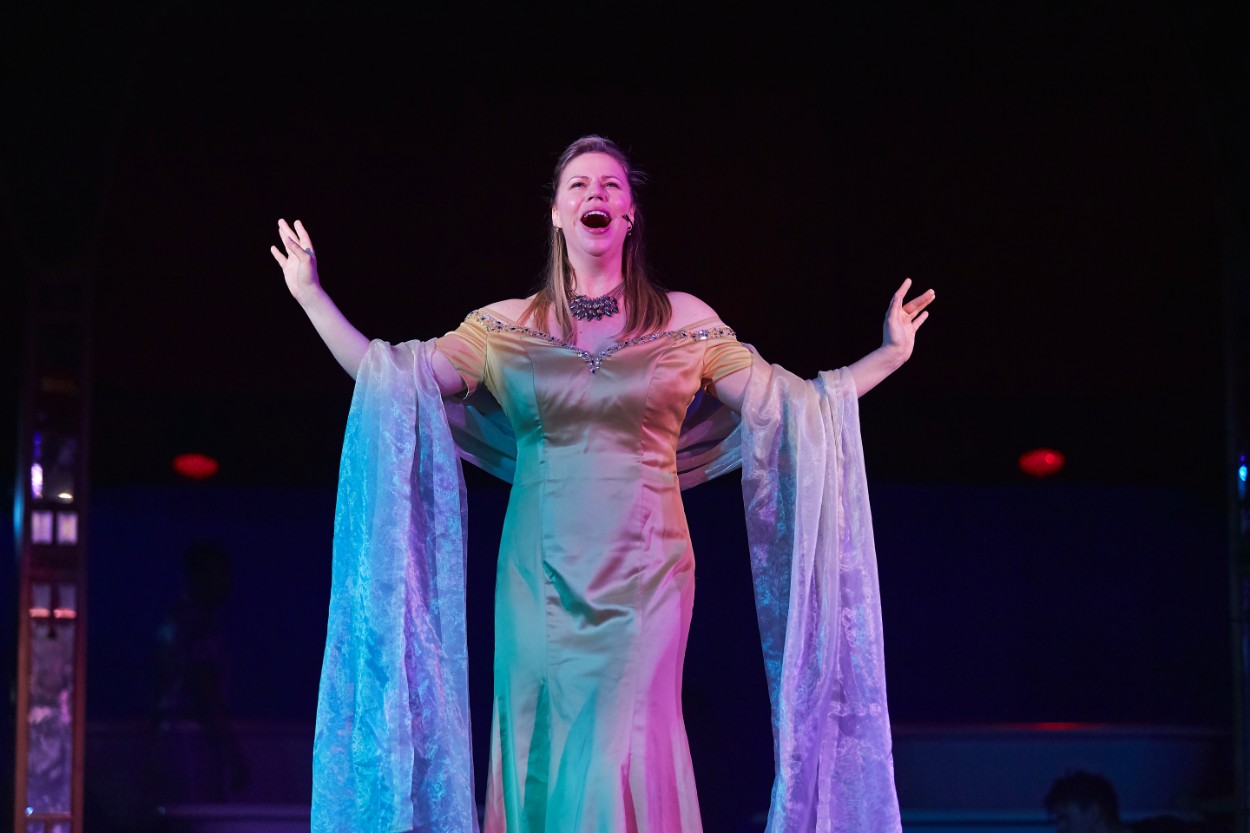 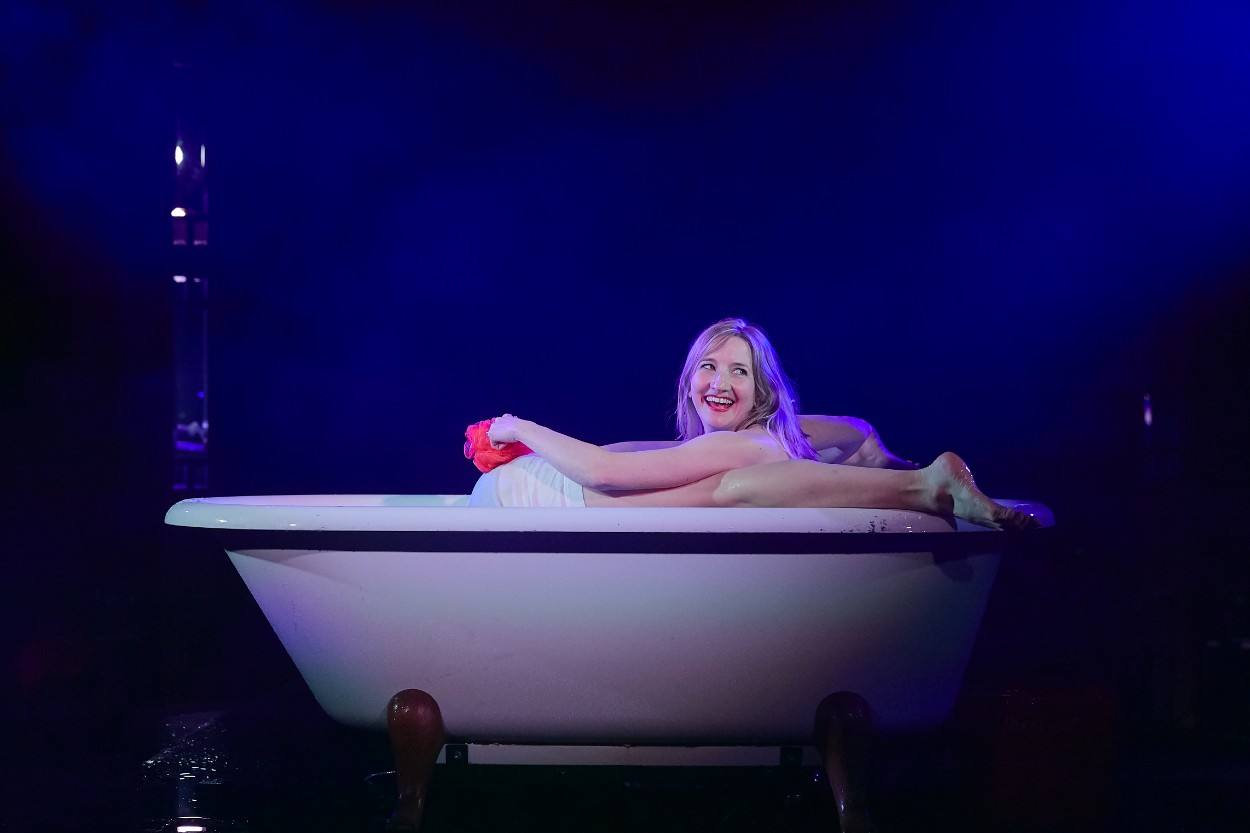 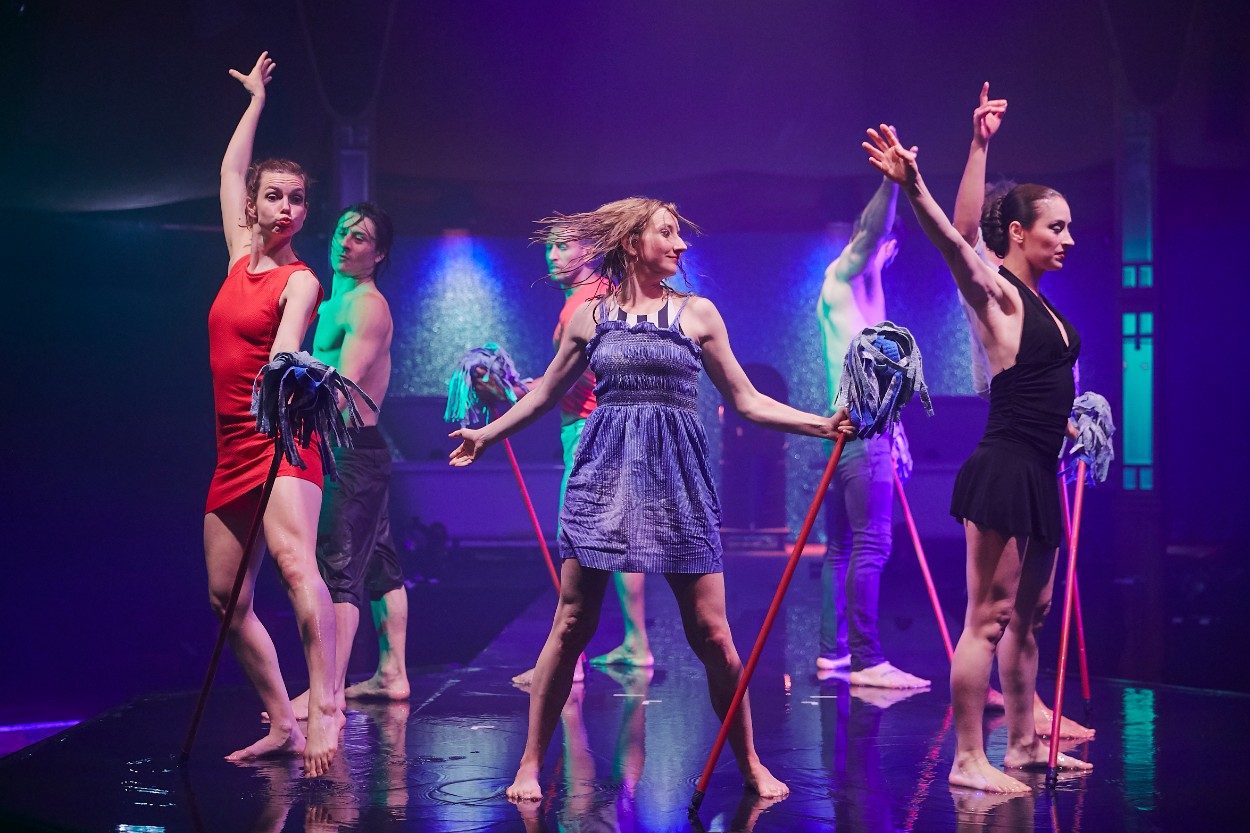 Underbelly Festival celebrated its 10th year on London’s Southbank with the launch of SOAP – a wet and wild circus show that is definitely not an acronym for something dry.

From the ridiculous to the sublime, SOAP began life in Berlin and has continued to captivate audiences worldwide for over a decade, teaming rubber ducks and water cannons with opera and elegant bathtub acrobatics. Just make sure you sit a few rows back, if you don’t like to get wet.

“We found out, that bodies and water match very well on stage and that sensuality greatly increases when the bodies get wet.” ~ co-director, Markus Pabst 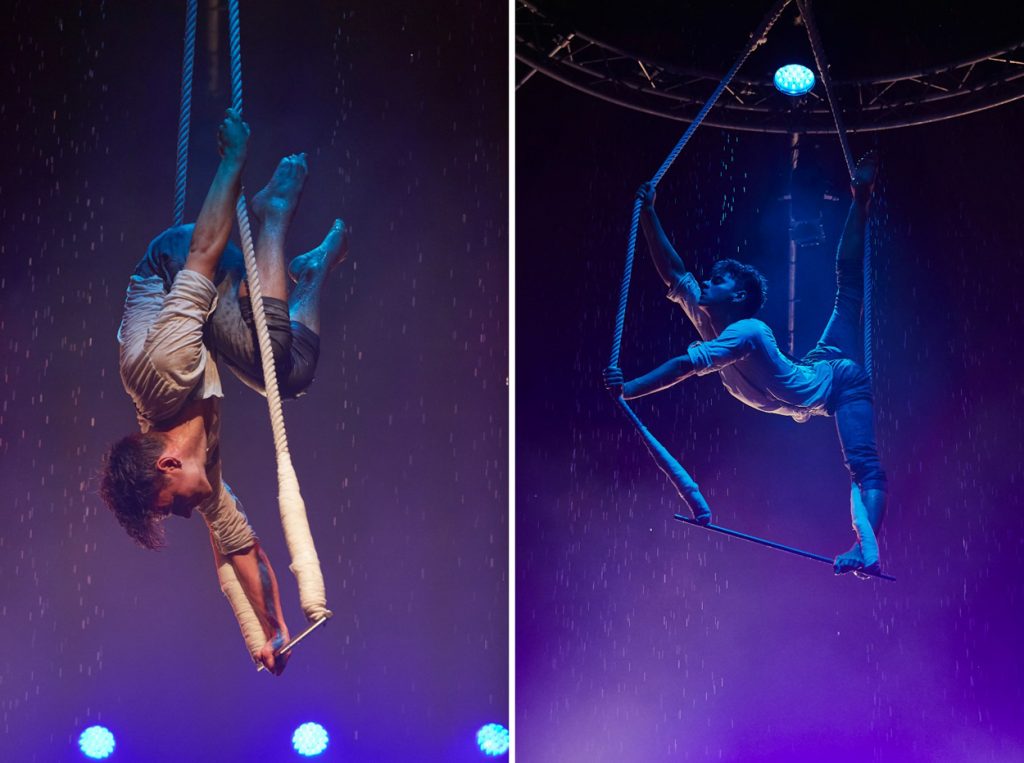 // Mortiz Haase Captivates the Audience with his Dance Trapeze \\

The show opens with the operatic vocals of American soprano, Jennifer Lindshield, who has performed with SOAP for the last two seasons, and the clownish antics of circus performer, Marie-Andrée Lemaire, who delights in taking aim at the audience with her water cannon.

Anton Belyakov, who was born into a Russian circus family and performed the extremely dangerous Wheel of Death act for Flic Flac Circus and Kinoshita Circus in Japan for eight years, American artist Daniel Leo Stern, who specialises in aerial straps and partner acrobatics, and Adem Endris Yemam, who started his career at the age of 11 with Circus Ethiopia, complete the enthralling lineup, who leave you feeling quite the opposite of agile, flexible and strong.

Co-directed by Markus Pabst and Maxmillian Rambaek – with musical arrangements by Tal Balshai, lighting by Reinhard Bichsel and technical direction by Robert Dahlke – and presented by Underbelly and Base Berlin, the German circus extravaganza runs through until June 17th and is set within some of the capital’s best outdoor bars, with a fantastic range of street food and drink available, all of which make Underbelly Festival Southbank one of the ultimate London day or nights out.