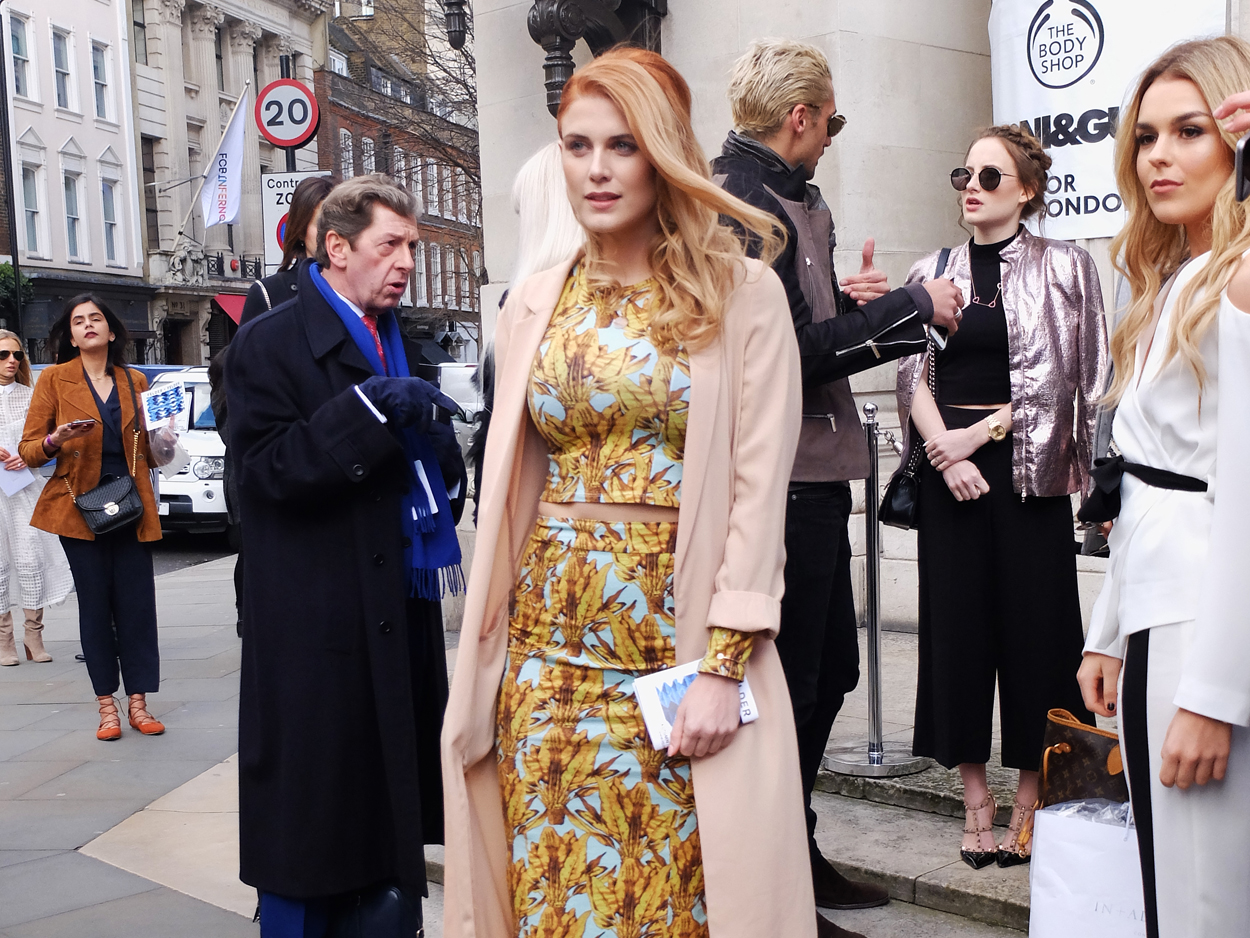 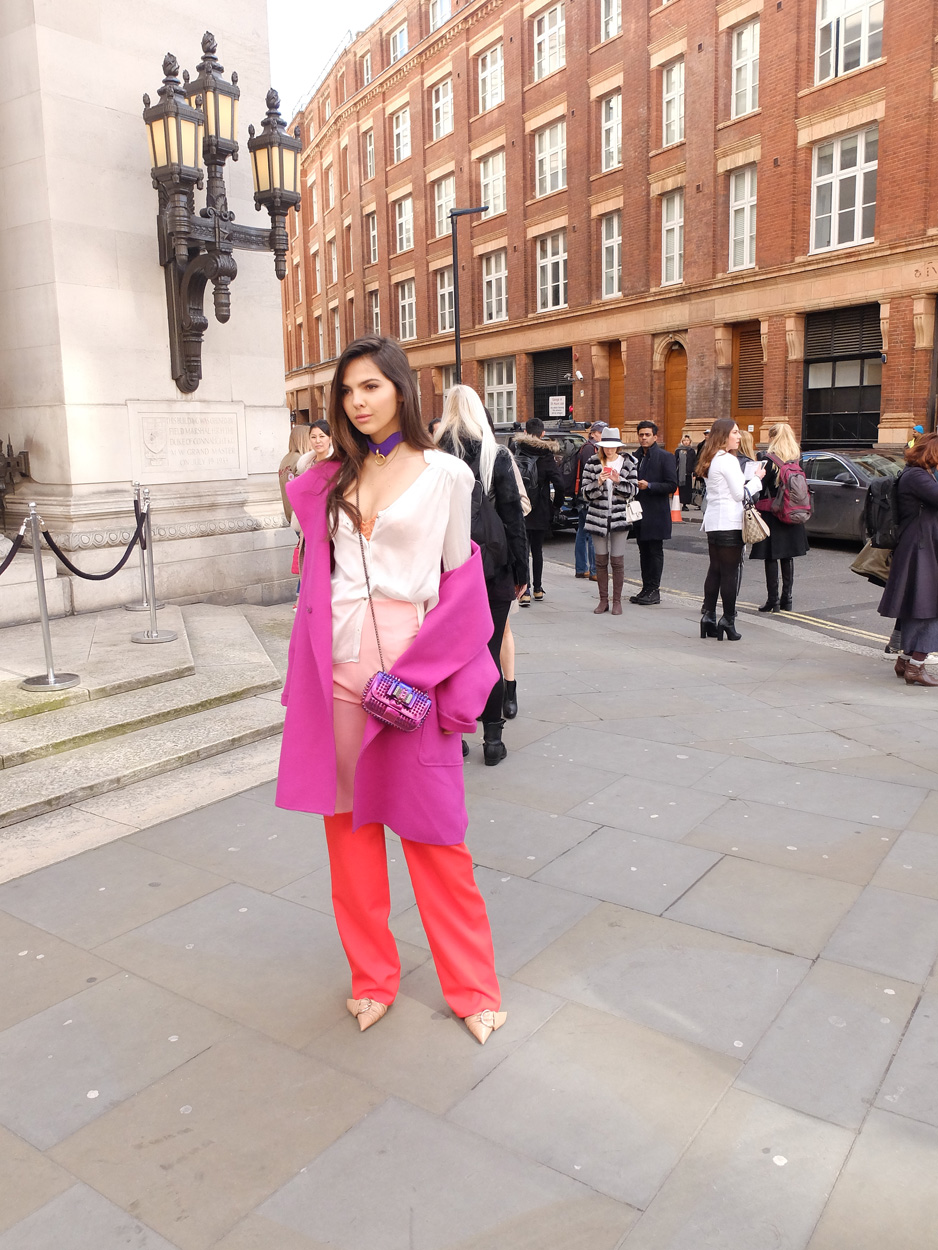 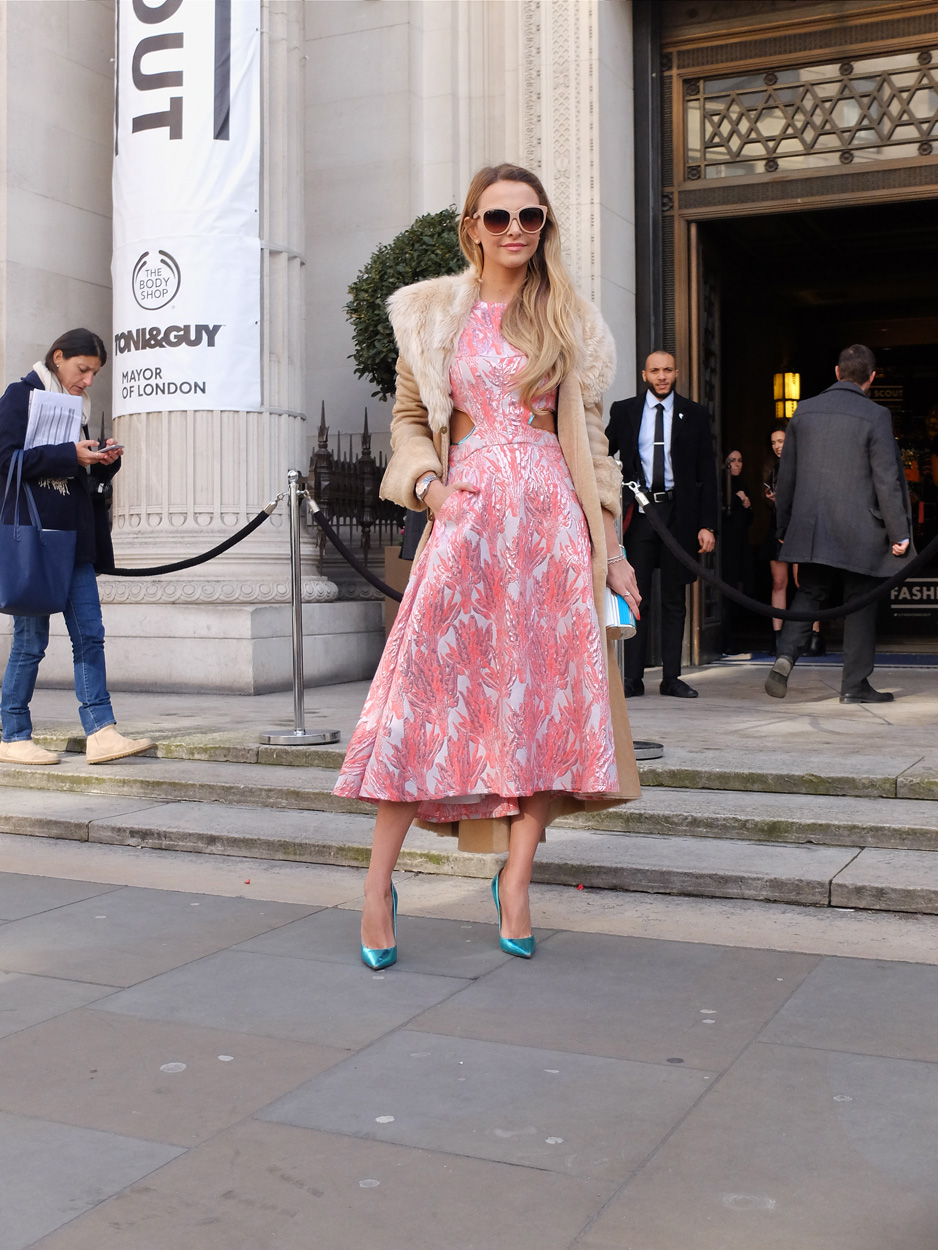 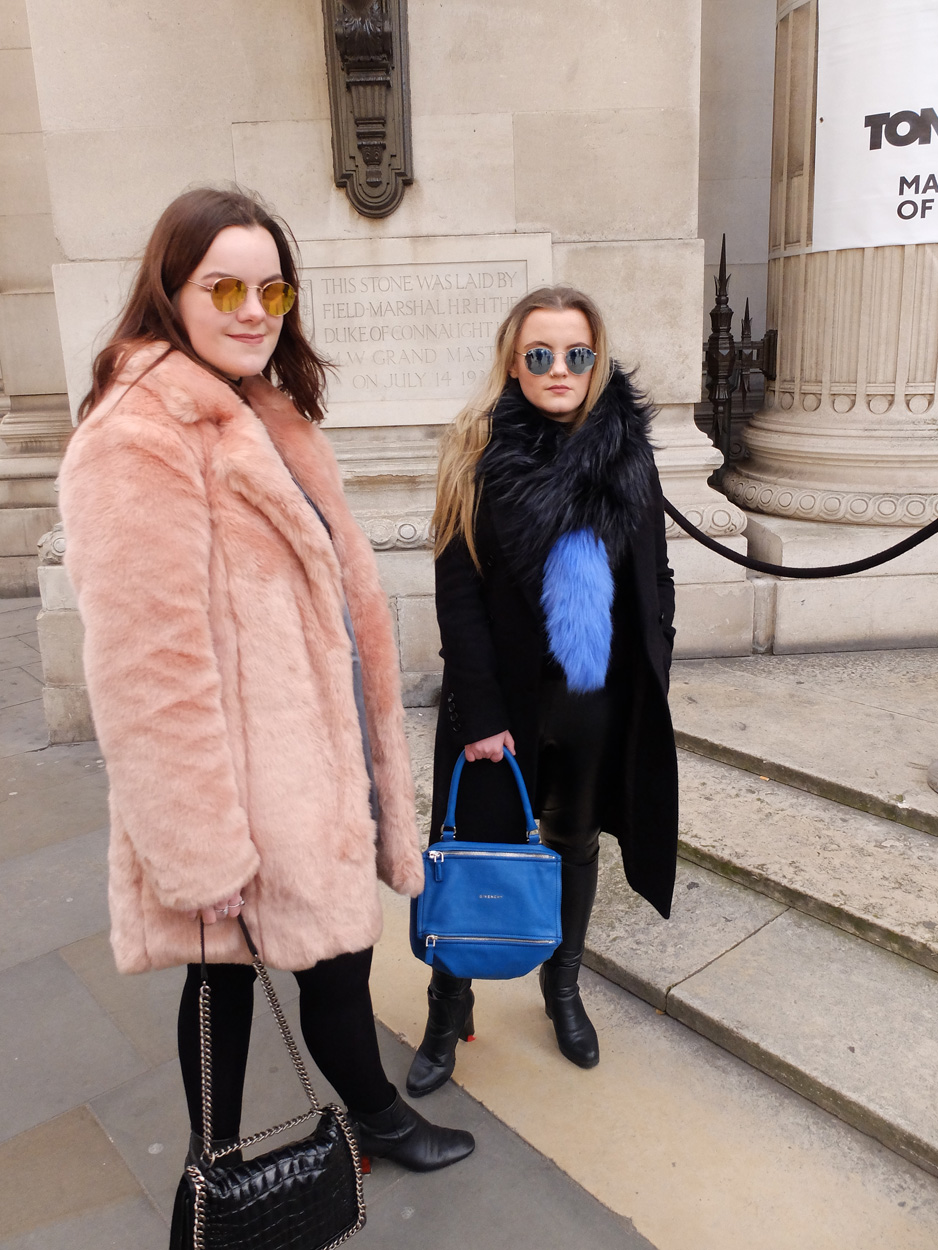 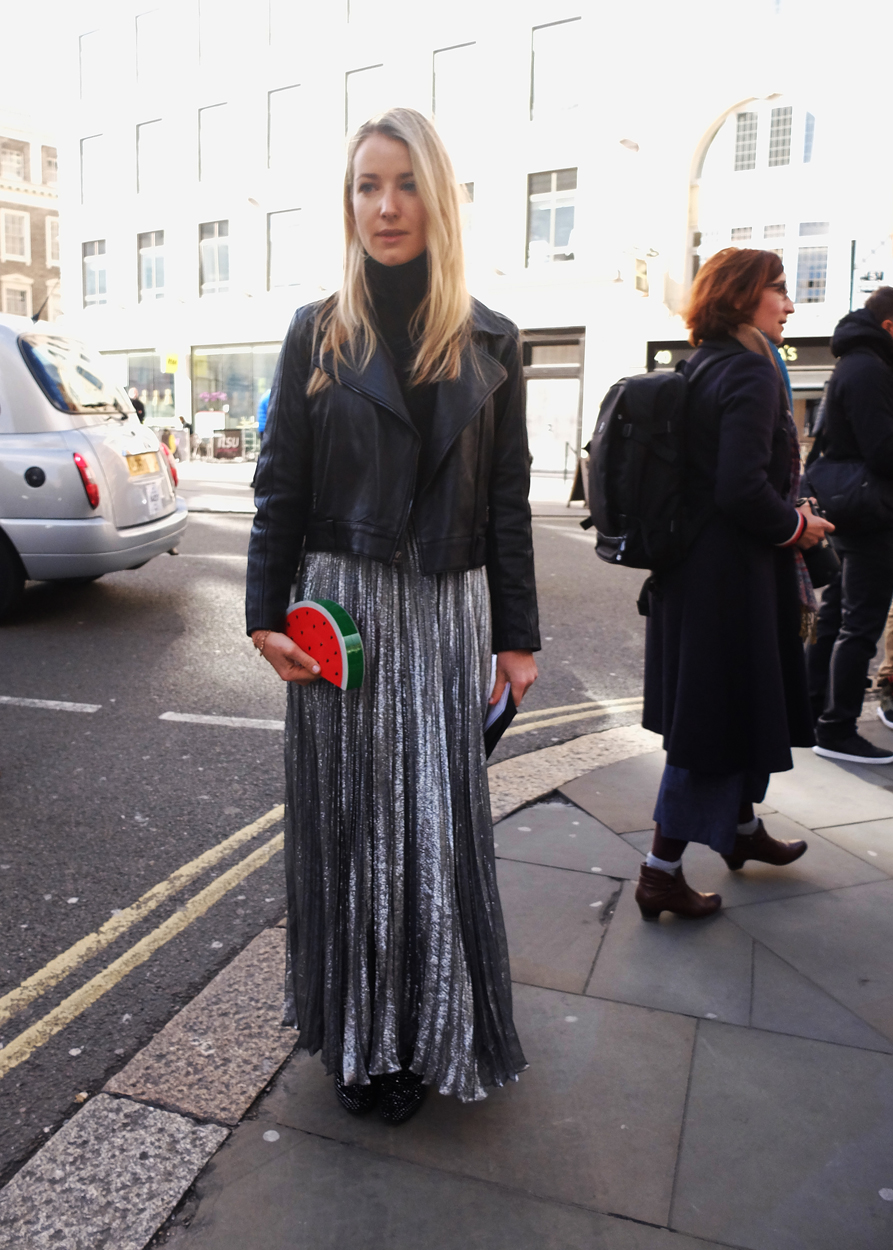 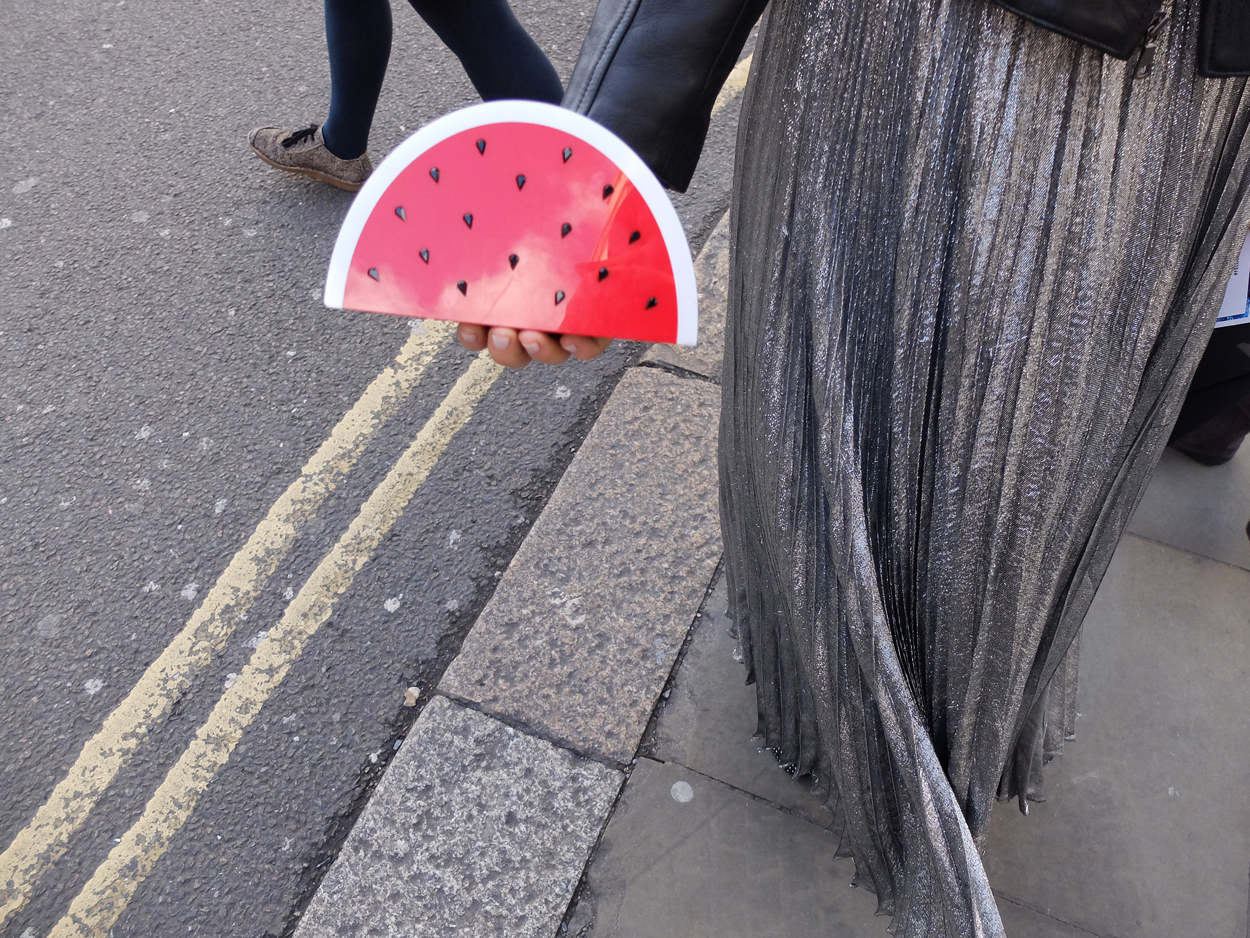 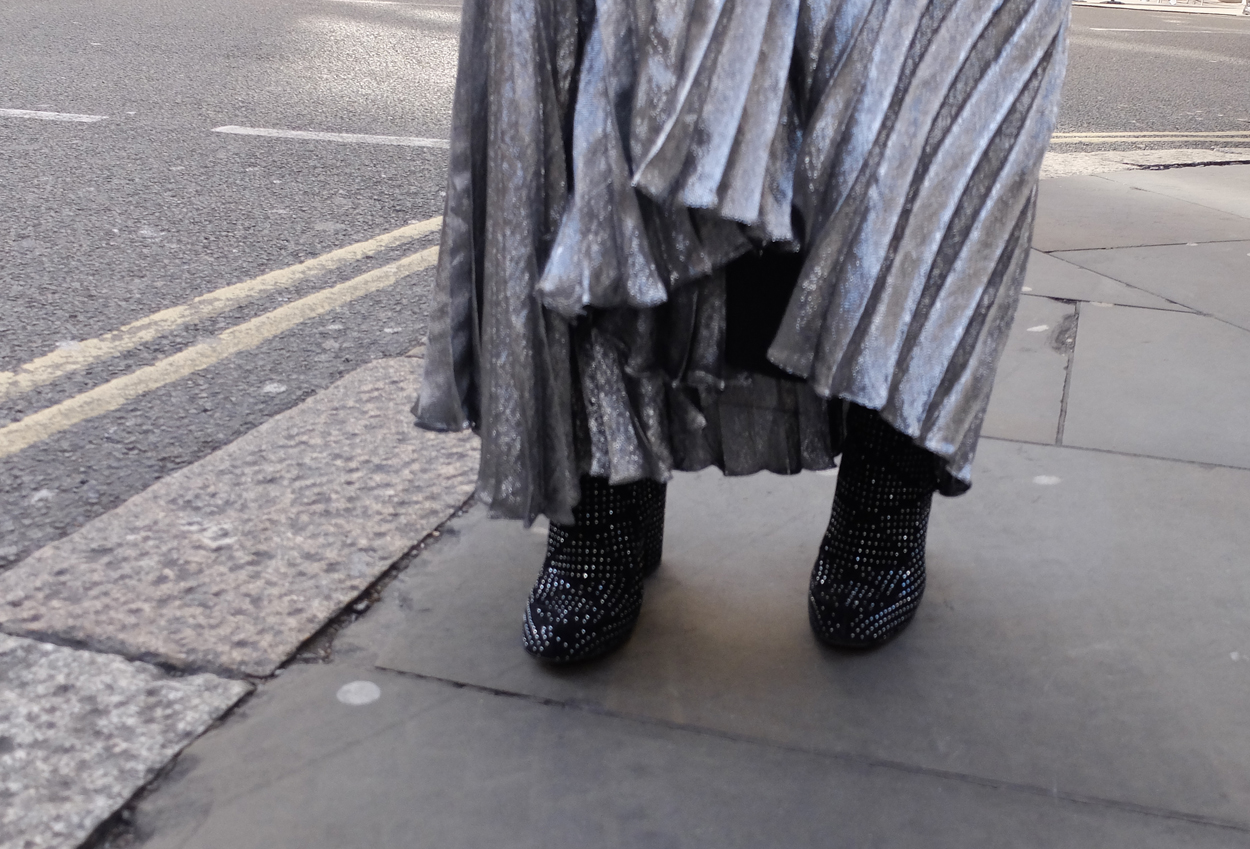 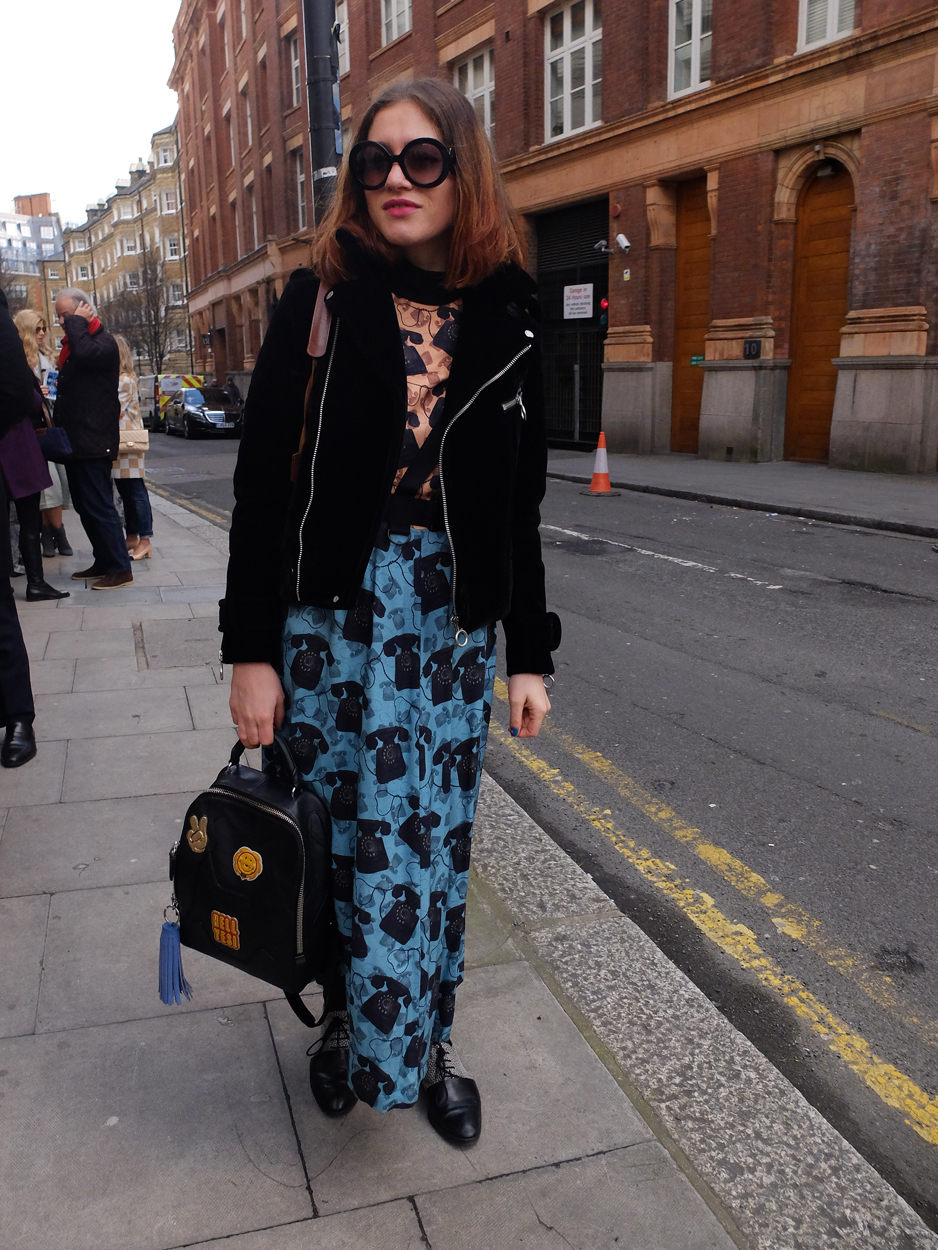 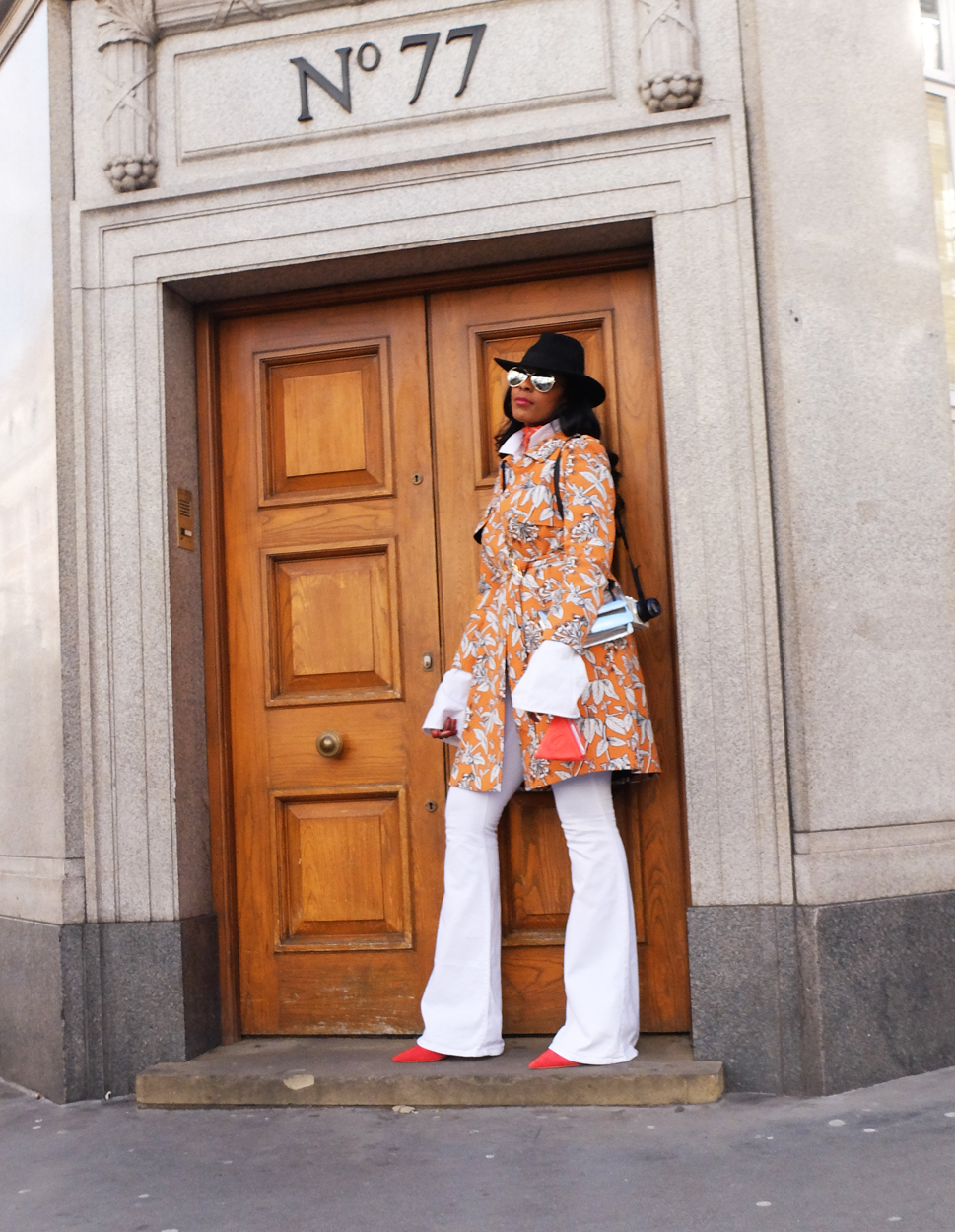 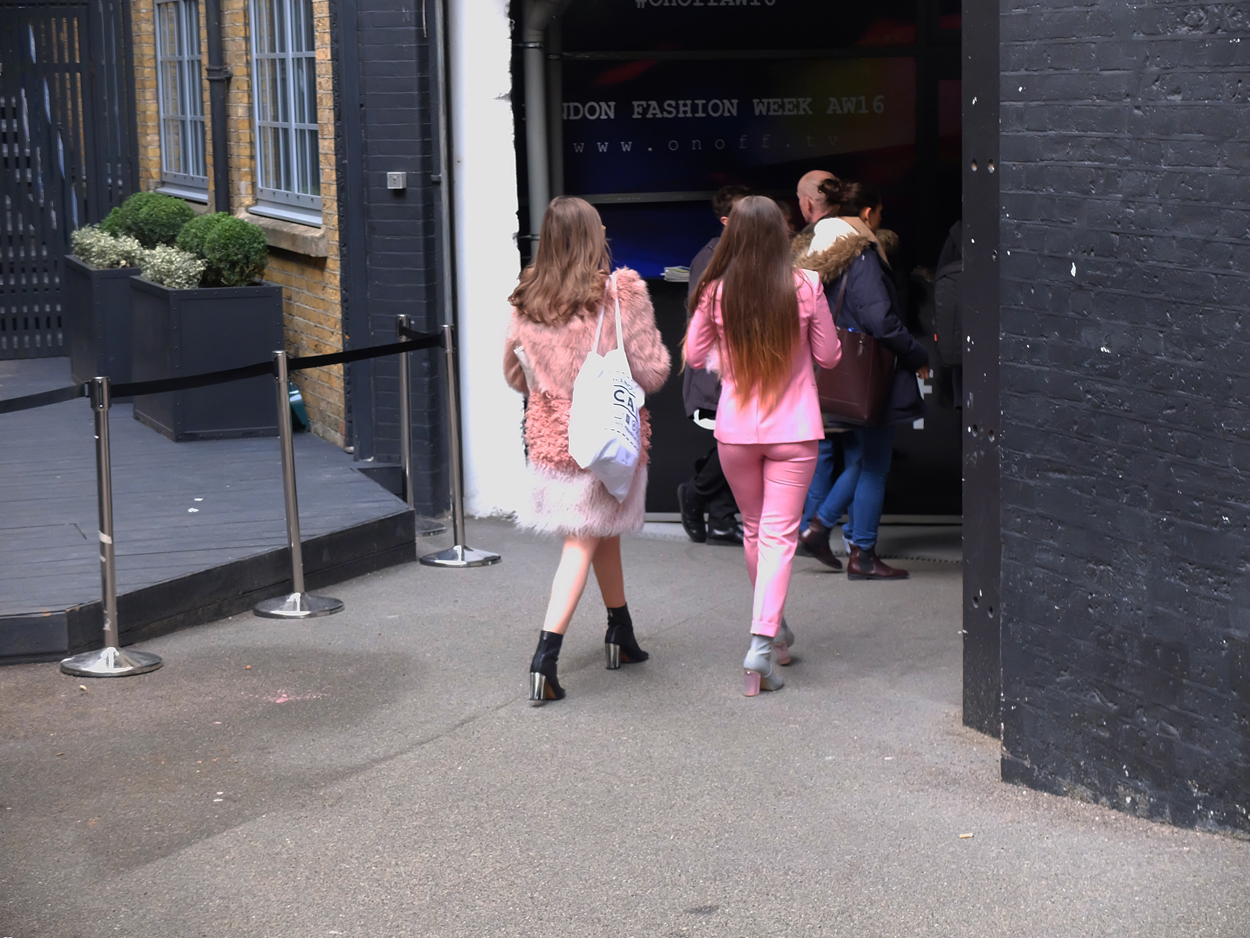 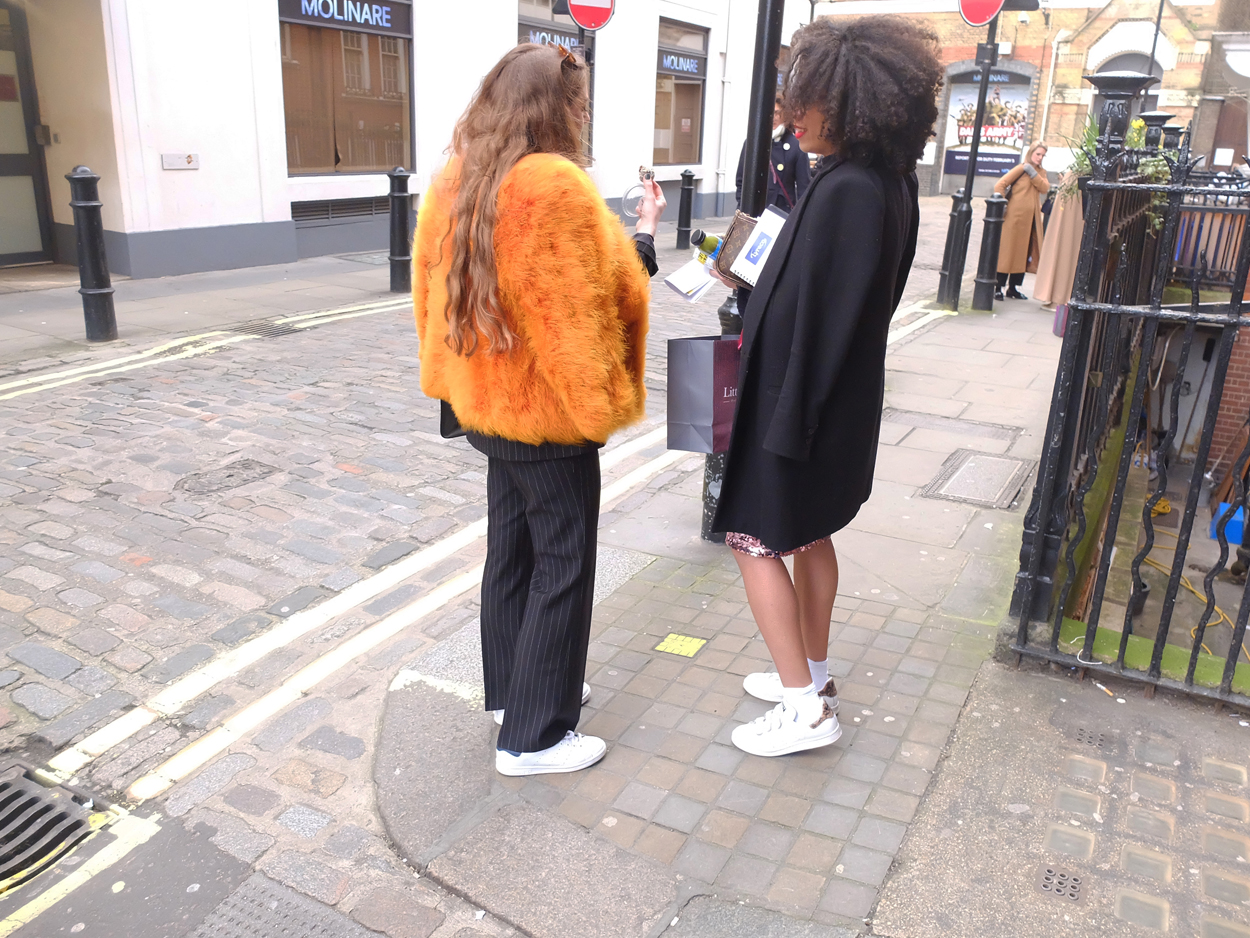 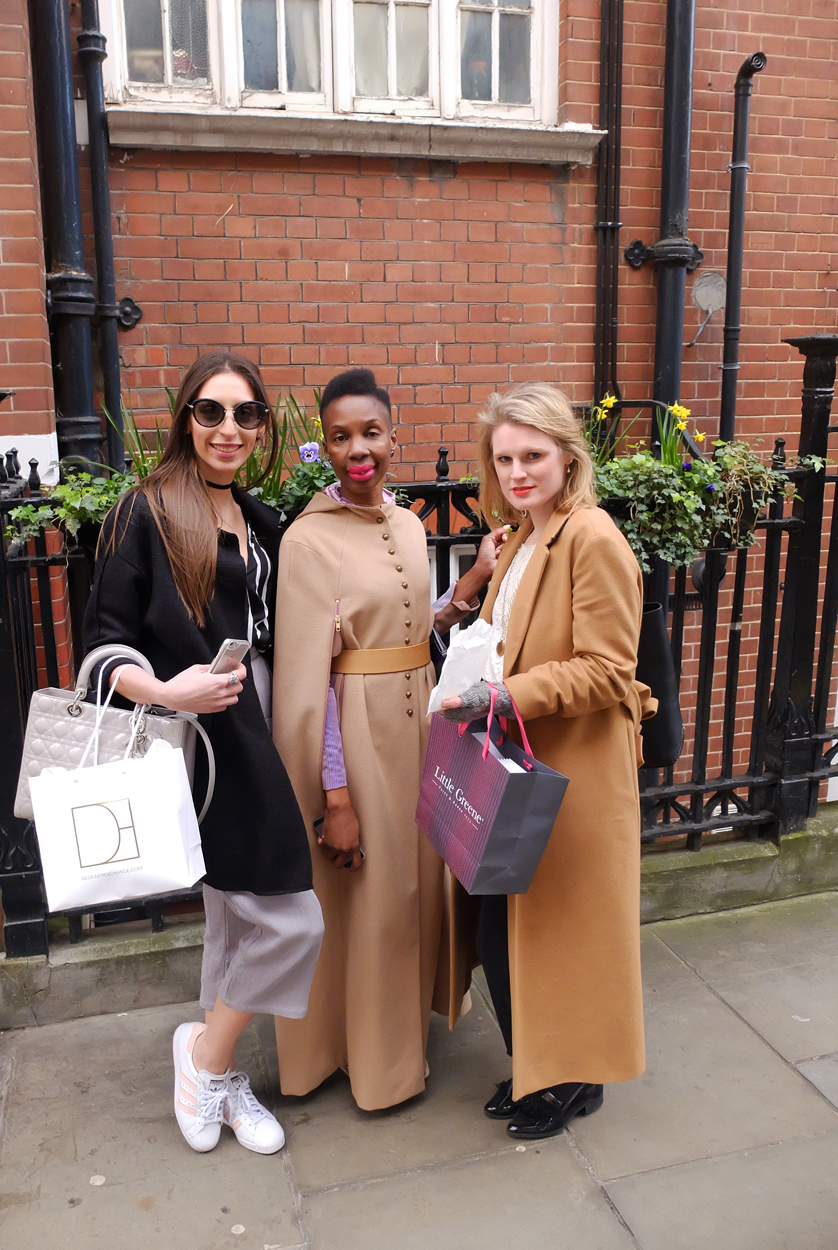 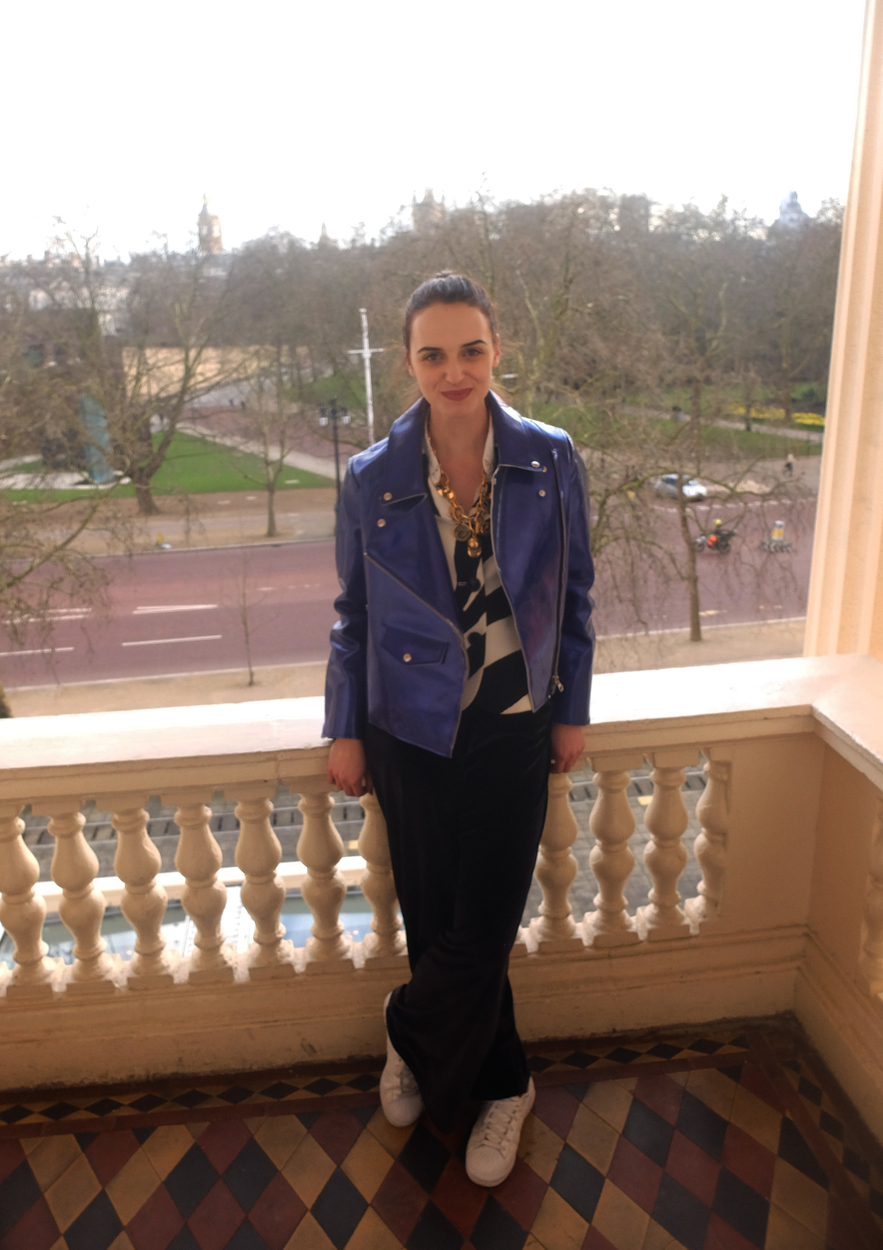 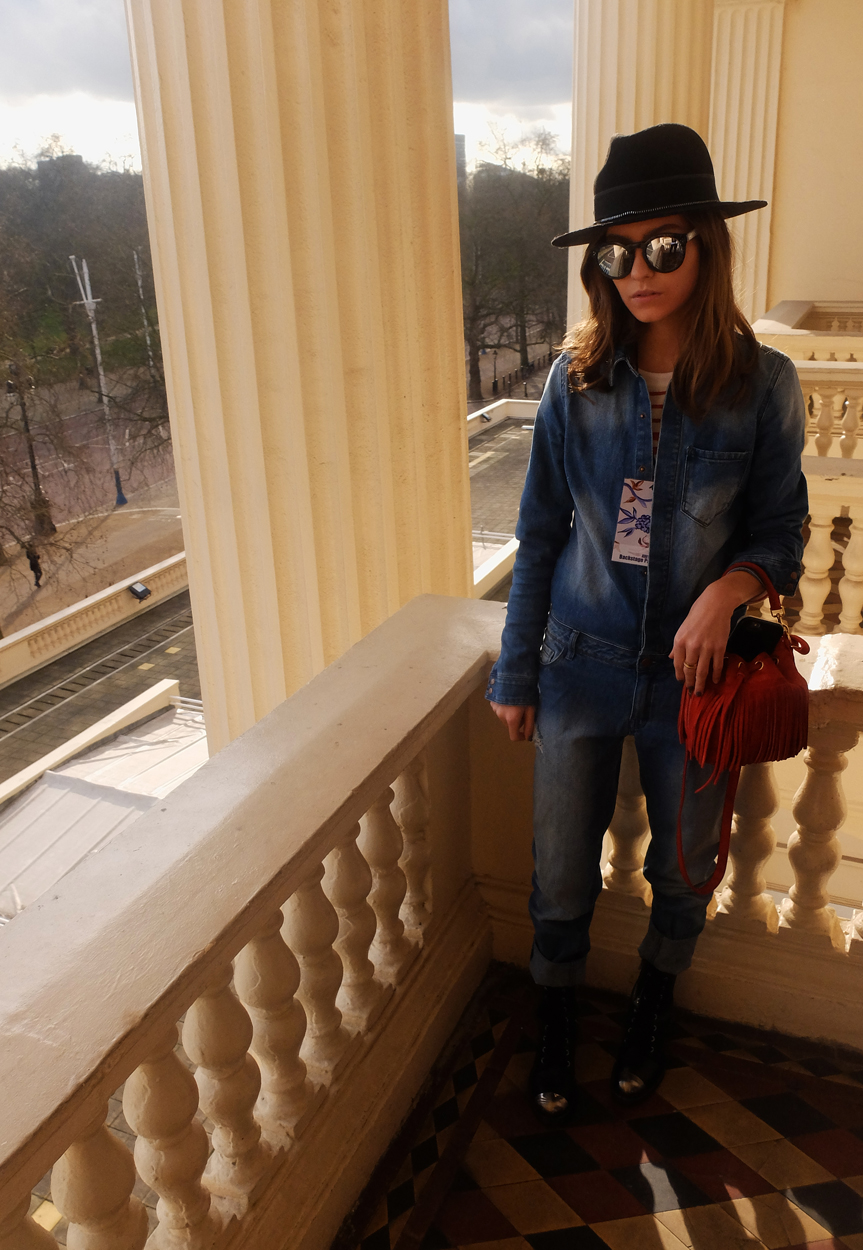 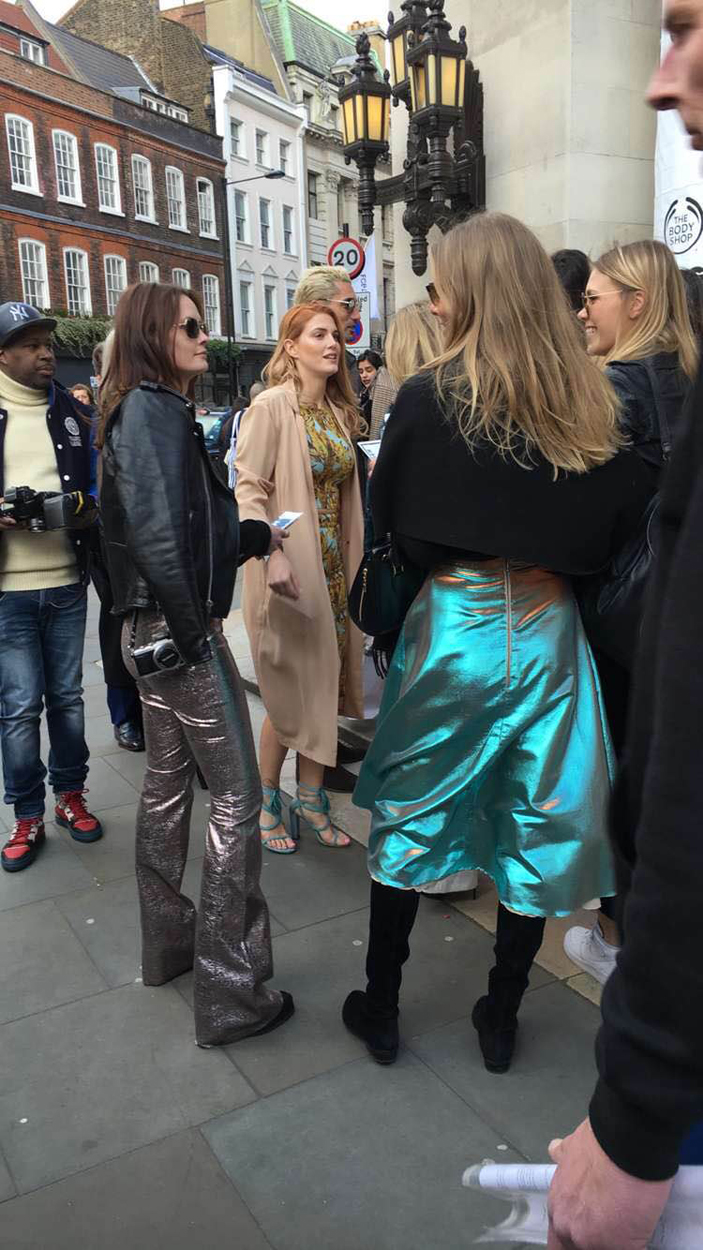 Fashion week isn’t just about big fashion shows in exclusive venues, there is something else going on outside that may actually be more relevant than the shows themselves.

Every fashion week, fashionistas fight to have the most unique outfit and be photographed for ‘Street Style’ blogs and galleries. With an increase in social media use and photo sharing, Street Style now sets trends arguably as much as the biggest fashion shows. This London Fashion Week we saw bold colourful faux fur jackets, kick flare trousers and metallic fabrics, confirming that this year, to be well dressed means to be seen from the end of the street!

Colours such as pink, orange and oceanic blue lead the way, especially with jackets and trousers. Kick flare trousers were the style of choice, not only in vivid colours but also in basic white. Coats were long, to the ankles, in colours such as pink, green and blue, but also black and beige.

As always, leather and denim jackets were popular, but this season they were embellished with colourful stickers and badges, along with jumpsuits, white sneakers, backpacks and wide brimmed hats. Do you remember those funny phone cases from Moschino? Moschino sparked the trend for decorating phones in a playful way, and showing that fashion does not have to be taken so seriously. Now in a similar way, people are using badges and clips with funny sentences and pictures of animals, or even fruit, to decorate their clothes. It may sound weird, but decorating your clothes like this will put you amongst the fashionistas this coming season. We also photographed those in big colourful sunglasses, which added to this bright and playful vibe. The spring is slowly coming to London, so it is high time to think about a new pair of glasses!

Faux fur jackets were very popular, which is appropriate as this fashion week, models from Peta protested, wearing almost nothing and standing with signs saying “Fur is toxic”. Wearing real fur has always been a very controversial topic, but this protest truly opened our eyes to its seriousness. The street styles we saw showed that faux fur does not have to be in plain colours; there were stripes, other geometric figures and flower patterns too.

Colour is of course number one, and this season it’s important to remember that more is better! The best fake fur jackets are available in Forever 21, Topshop, Mango and Zara. If your budget is a little bigger, check brands such as Giamba, Moschino, Diesel and Michael Michael Kors. There is also a British brand called Shrimps, which is famous for its faux fur clothing.

It also looks like ‘pink’ will soon be the new ‘black’ on the streets. If you’re a bit scared of colours, try adding small pink accessories such as bags, shoes or glasses to your outfit. If not pink…try with green or blue at least!