Stockholm’s 27-year-old producer and multi-instrumentalist, STRØM, debuted earlier this year with his single ‘Mesmerize’, which featured as the soundtrack to a BMW commercial. Now comes his latest release via ICEA, entitled ‘Shay-Ling’, where the up and coming Swedish producer opens the gates to his mysterious world and the darkness is illuminated.

STRØM’s personal mix of opposites in music and mood can transport you to a brand new world where night and day are dancing together to find a bright spot for the forthcoming future. In support of this day-dreamy listening, we sent the artist an exclusive Q&A from Mars.

01- Which colours do you associate visually with the recording and listening of ‘Shay-Ling’?

“Red, I think. I don’t know why but I normally visualise either red, blue or yellow when listening to songs, and this one is red. Or maybe yellow? I’m not sure…”

02 – Which Records / Ep / Song or Remix were on your playlist on repeat, before, during and after the mastering of your single?

“Jai Paul’s debut album, the one that was leaked online a few years ago and never released officially. I got it from a friend a while ago and have had it on repeat since then. That guy is from another planet.”

03 – Memes / Habits: Describe to us your daily routine in the studio, and some key-situations, that are remind you of the “process”.

“I have no daily routines in terms of making music in the studio actually. Every day is different from the other but usually I mess around with sounds for hours until I find something that I really like and then I start building a track from that. Some days I have no inspiration at all, and then I can spend the whole day watching Oasis live concerts on YouTube.” 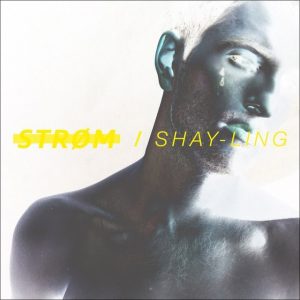