Sweden’s Anna & The Sea Releases Out Of The Blue

Anna & The Sea is the dream that became reality for Anna Lindström. Her debut EP Söräng came at the beginning of the year, with the singles ‘Lake Como’ and ‘Picking Up A Dream’ being featured on Sweden’s Radio and picked up by Spotify playlists such as Indie Highlights.

Musically, Out Of The Blue has a higher pace and energy compared to dreamy chords and youth romance in the first EP, maybe due to the unexpected collaborations, which gave the EP its name.

“I’ve always written my own songs but it was mostly for myself,” says Lindström. “Did anyone tell me a year ago that in spring 2018 you will release two EPs and collaborate with some of Sweden’s best musicians; I did not think it was true! That’s why I chose the title Out Of The Blue, when this project came a bit by chance, but also to celebrate that I finally won the fight against the blue.”

The songs were written and produced by Anna and recorded together with a number of famous names in the Swedish music scene, such as Peter Morén from Peter Bjorn and John, drummer Ola Hultgren (Ane Brun, Veronica Maggio), Nils Berg (Håkan Hellström) and Fredrik Hermansson (Ane Brun) on the organ and piano and Hanna Ekström and Anna Dager (Sthlm Strings).

Anna & The Sea will be celebrating the EP release with an intimate solo performance at the Trevare factory in Henningsvaer, this evening – a hidden gem in Lofoten Sweden. The two pairs of brothers who run this newly established culture scene in an old cod liver oil  Factory invited Anna & The Sea after they discovered her on Spotify’s Indie list.

Check out the event details HERE.

Out Of The Blue is out now. 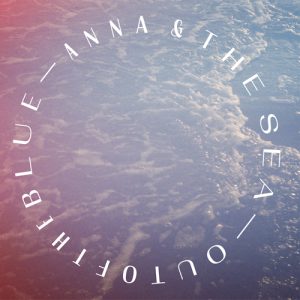