Scandinavia’s The Amazing return with their fourth full length album, Ambulance, and it’s a beautifully composed exploration of the ‘wounded’; intimate, melancholic and drenched in rich textures.

As lead singer and guitarist Christoffer Gunrup says of the album title, “an ambulance picks up the wounded. It does not mean ambulance in the common sense. Everybody needs a bit of ‘ambulance’ now and then.” To this end, Gunrup delivers a world weary and brooding performance, which feels more intimate than any of his prior work. His delivery can be a little slurred and difficult to understand at times but the tone of his voice is so rich and melancholic, and this is where the true strength of the band lies.

The music has depth, experimenting freely, and often putting traditional song structures to the side. This freedom creates luscious soundscapes, without ever fully embracing the drone and airiness of shoegaze, or the excess of progressive rock that their music toys with. Jazz, indie and pop fuse together in sophisticated, ambient rock compositions. Much like the lyrics, sonically Ambulance is darker and more intense than anything the band have previously produced.

Title track, ‘Ambulance’, could be a product of Ben Howard’s I Forget Where We Were sessions, with a video featuring The Walking Dead actor Ross Marquand. Marquand is slowly turned mad in his own home following the dissolution of a relationship, confounded and trapped, struggling to deal with the grief of his loss. ‘Ambulance’ also demonstrates the pop sensibilities of the band’s work, much like ‘Picture You’ and ‘Circles’ on last year’s Picture You.

Across the rest of the album, the sonic net is cast widely. ‘Tracks’ brings to mind the most melodic of Tame Impala’s psychedelic freak outs, with Reine Fiske and Fredrik Swahn swirling combinations on guitars and keys. Alexis Benson’s bass drives ‘Divide’, evoking The War On Drugs, whilst Moussa Fadera’s powerful, rhythmic drumming punctuates the baroque pop of ‘Blair Drager’, and ‘Moments Like This’ delivers the folksy sound that dominated much of the band’s early work. Despite these widely drawn influences, the album feels like a cohesive body of work throughout; the work of a band comfortable in their identity and continuing to push their own boundaries. ‘Through The City Lights’ is the longest track on the album and it feels it, as it tends towards ponderous, but it still retains much of the understated grandeur that defines The Amazing’s work.

Swedish folk and indie has long been enjoying a blue patch, with bands such as Of Monsters And Men, First Aid Kit and The Tallest Man On Earth enjoying commercial and critical success worldwide, and The Amazing deserve to join in this. Ambulance sounds like the ready-made soundtrack for the long, dark Scandinavian winters, warm and reassuring, enveloping you through the coldest of days.

Ambulance is released on Partisan Records on August 5th, and available to pre-order here.

The Amazing will be touring the UK later this year. 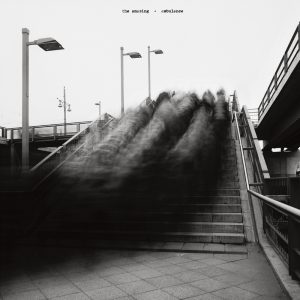