As the DJ: The Rubens – Elliott Margin’s Top 10 Songs That Are Totally Mad

This week’s playlist was created by Elliott Margin of Australia’s award-winning alt-rock quintet, The Rubens.

The Rubens made their UK album debut earlier this year with Hoops, which was recorded in New York, produced by the Grammy Award winning David Kahne (Lana Del Rey, The Strokes), and mixed by the legendary Michael Brauer (Coldplay).

Hoops is in fact the band’s second full-length release in their home country, where they’ve achieved platinum sales for both Hoops and their self-titled album debut.

Check out Elliott’s Top 10 songs that are totally mad…

“We met The Meeting Tree (AKA the Godfathers of EDM) on a festival Tour in Australia recently. They’re madmen but also sweethearts.”

“Shamefully wasn’t a huge fan of Chance until his verse on Ultralight Beam, which changed that. Mad that it took me so long to come around to him.”

“We once got caught stealing beers from their rider at a festival. They were pretty mad, and rightly so.”

“Sounds like the inside of a hip hop jazz wizard’s mad mind.”

“Apparently all three members are quite mad.”

“The band has released something like eight albums since 2012. You can’t be that prolific and not be a little bit mad.”

“Some critics reckon at 17 tracks, James Blake’s new album is too long. No need to be mad about it, just stop listening after 11 or 12 tracks. Dummy.”

“One of the more aggressive tracks off Stankonia, tackling drugs, racism, pollution and immorality. Better believe they were mad at many things when they wrote this one.”

“When I heard there was a Tame/Miguel remix my first thoughts were ‘that’s mad’. And it really is.”

“Danny recently ran into some trouble when a photographer got mad at him for not crediting a photo he posted to social media. Danny got mad back. Mild Twitter war ensued. It’s over now so just shut up and listen.”

Hoops is out now via Warner Bros. Records. 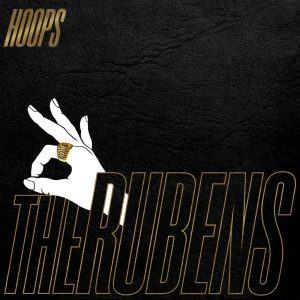