The Best of The Baltics: Tallinn Music Week Celebrates Its 10th Year 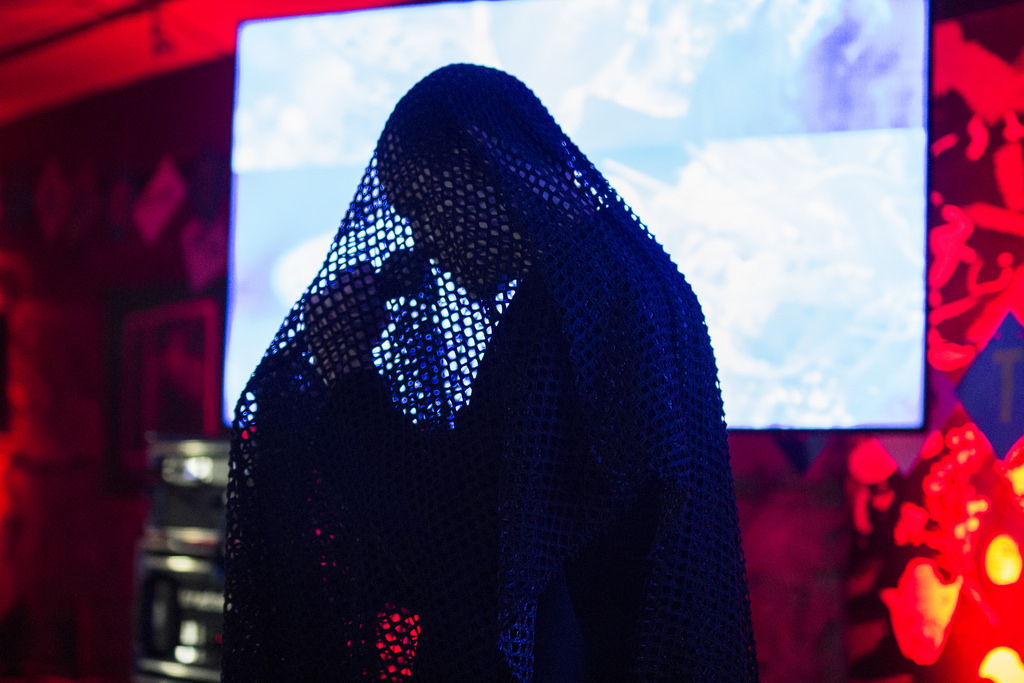 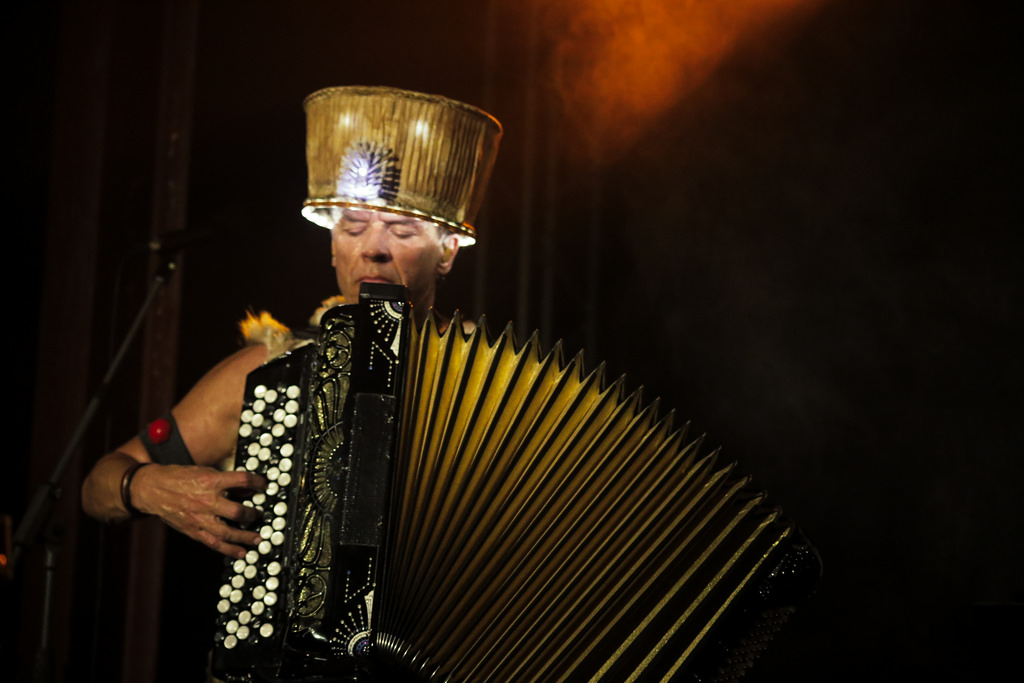 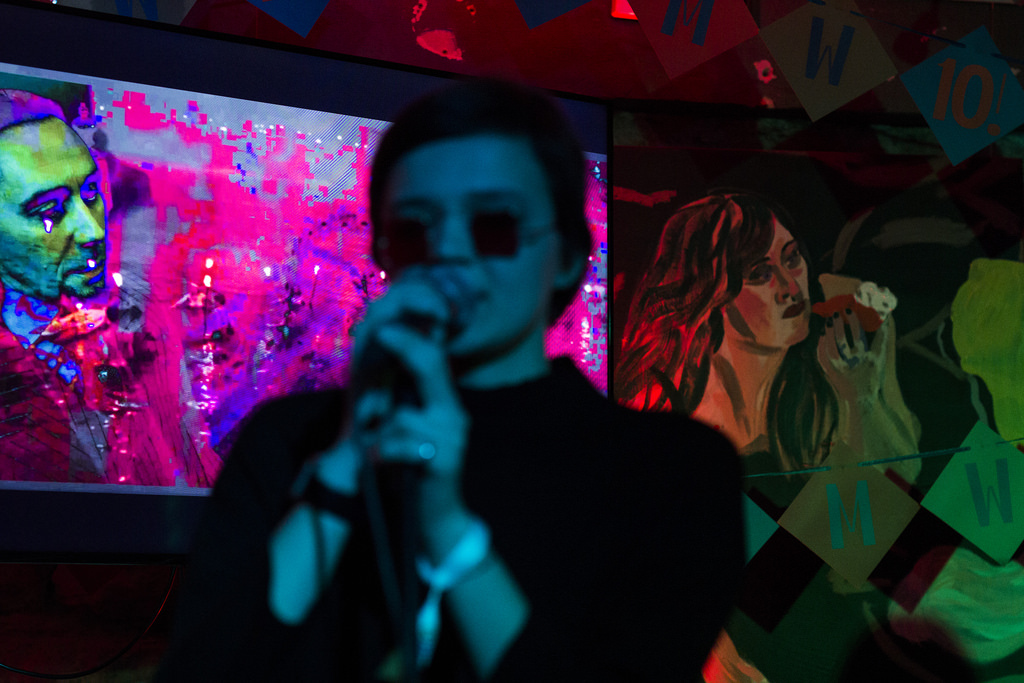 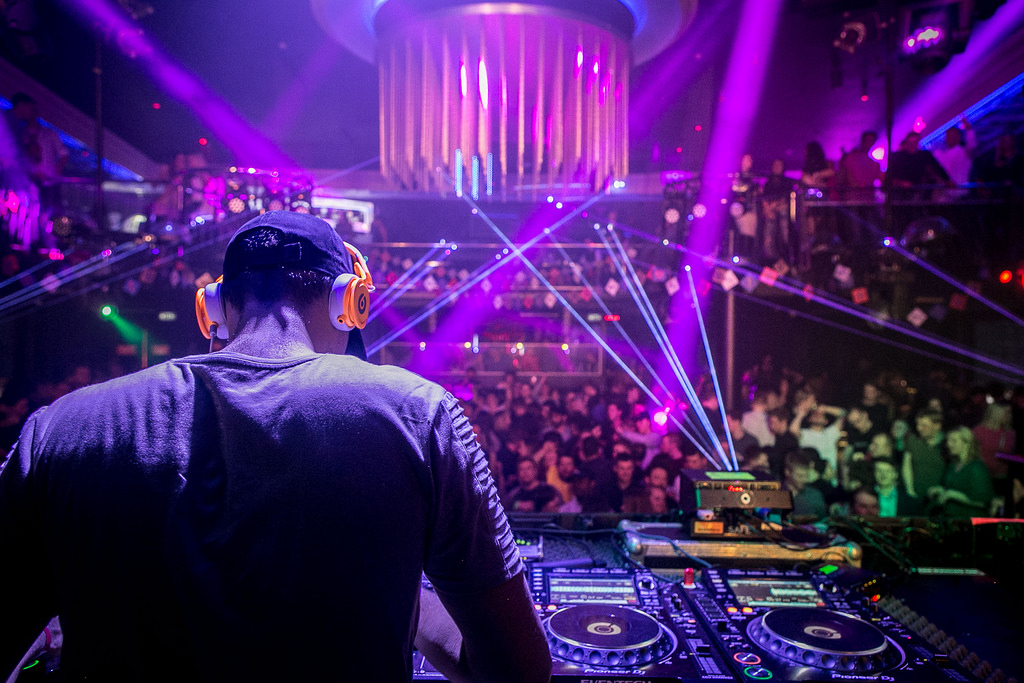 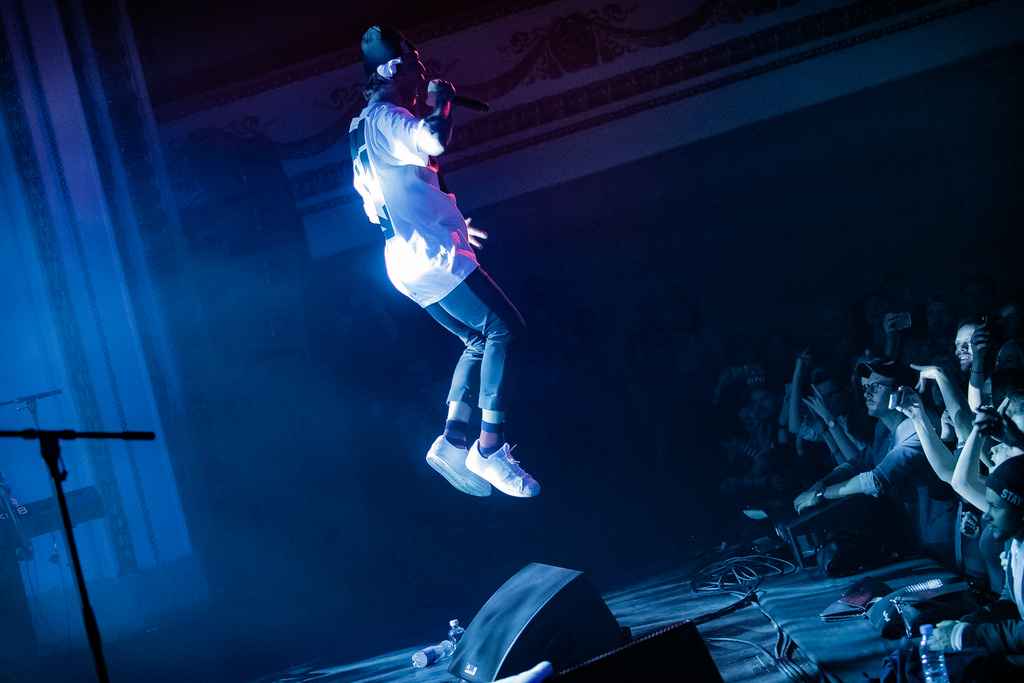 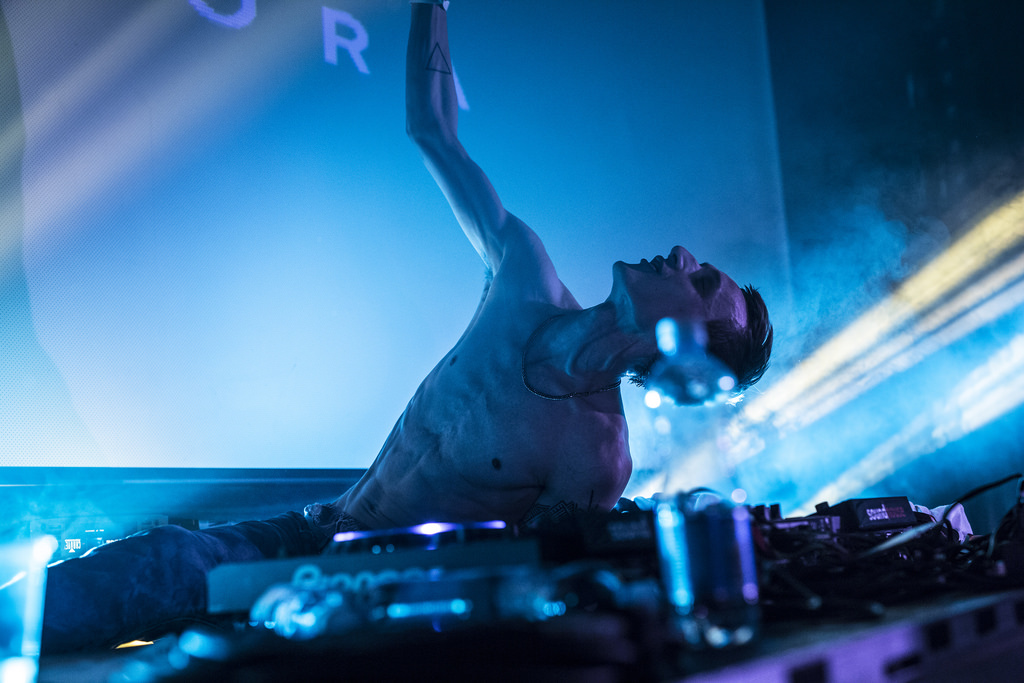 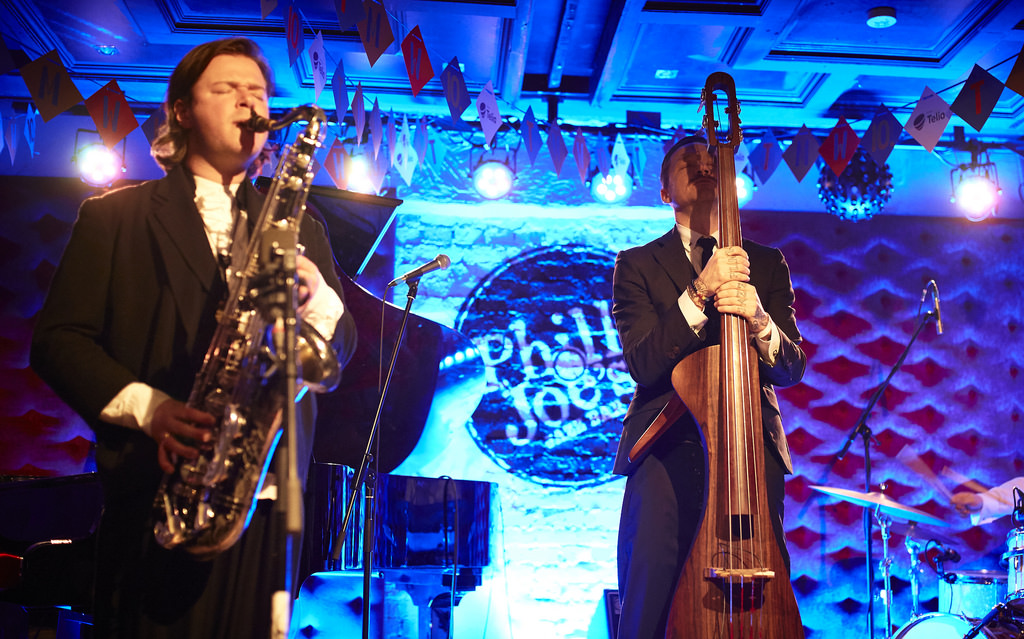 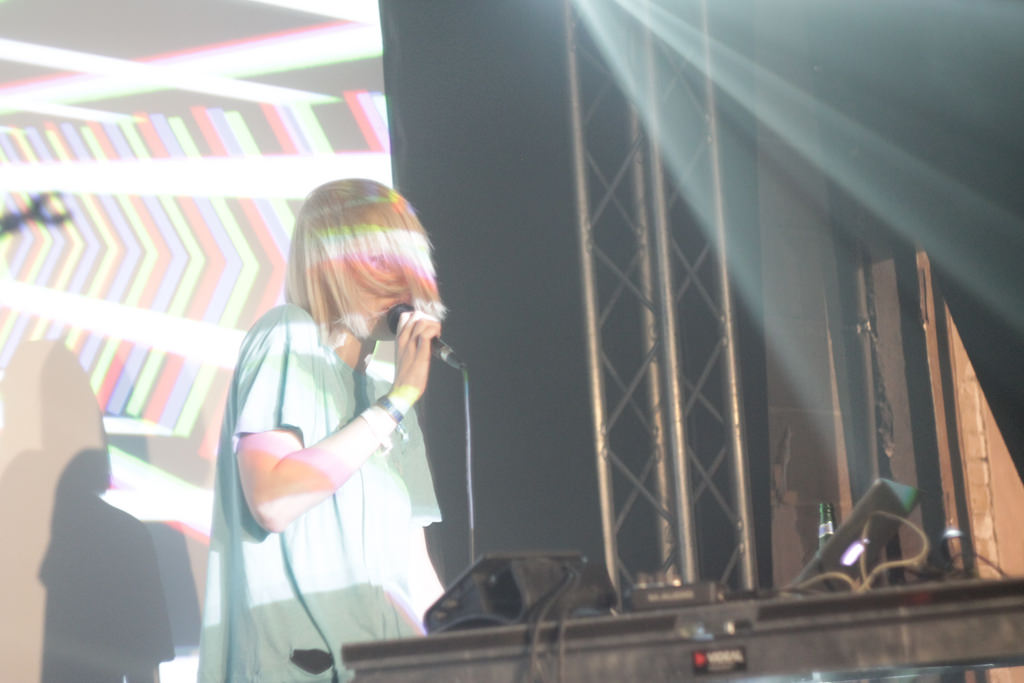 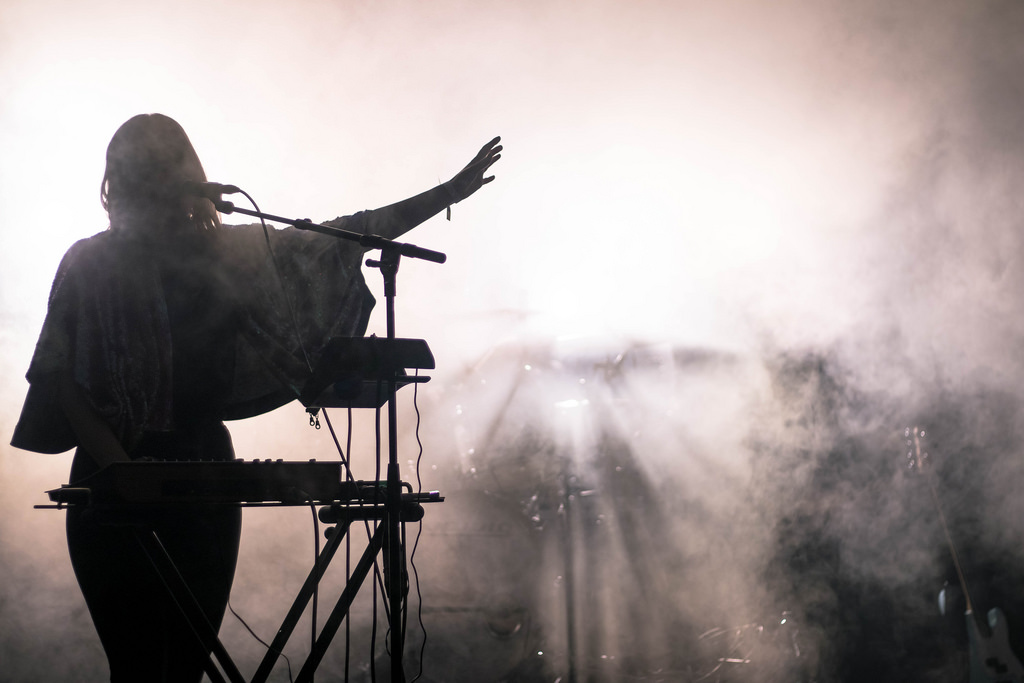 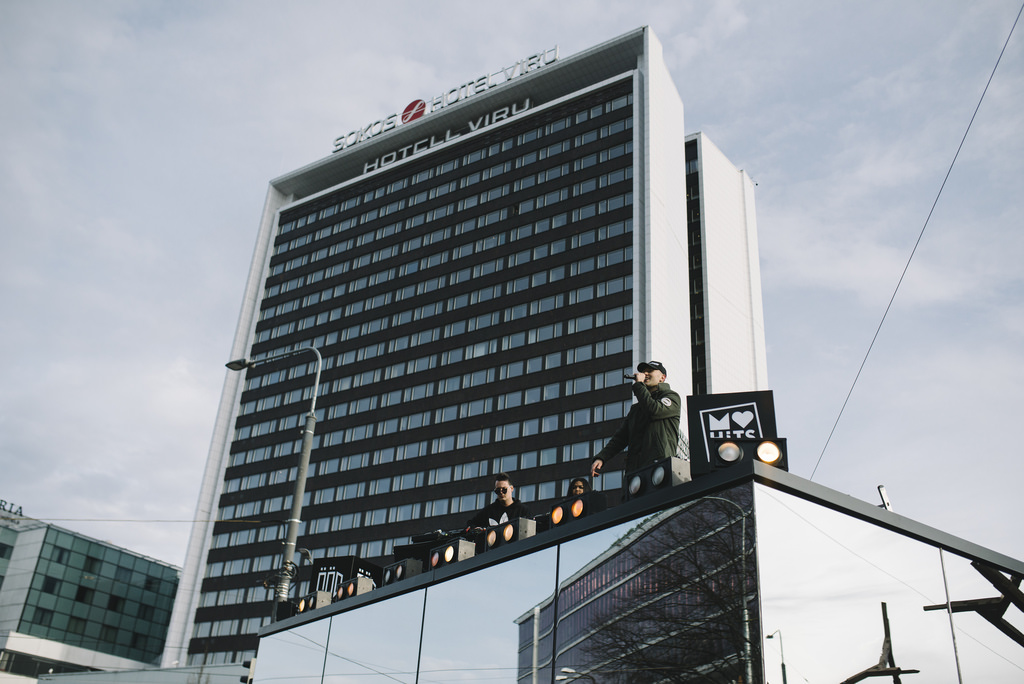 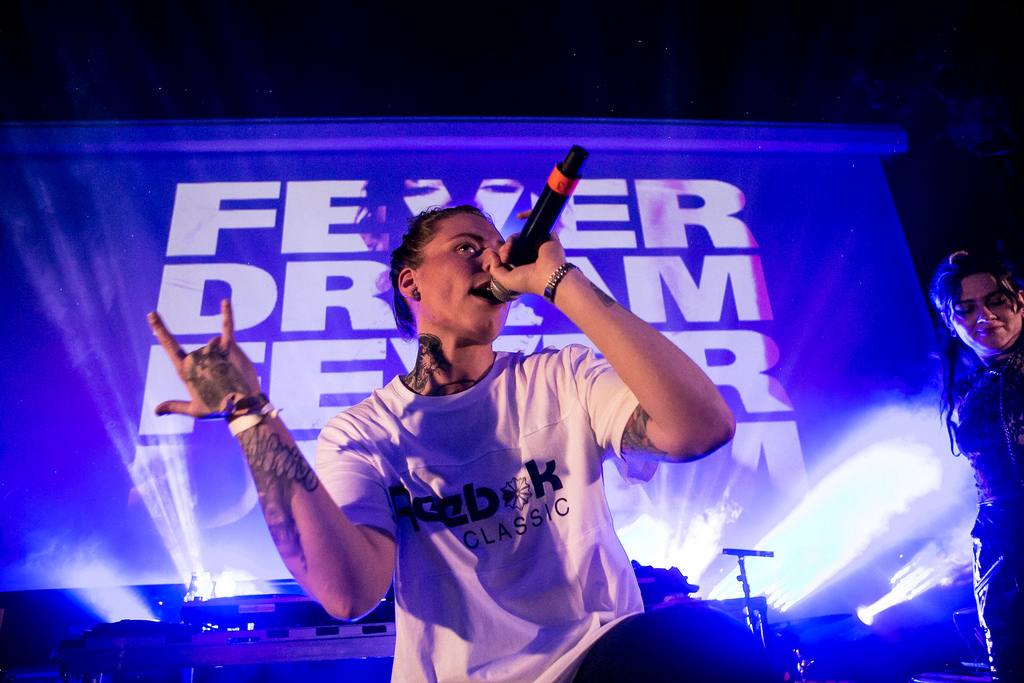 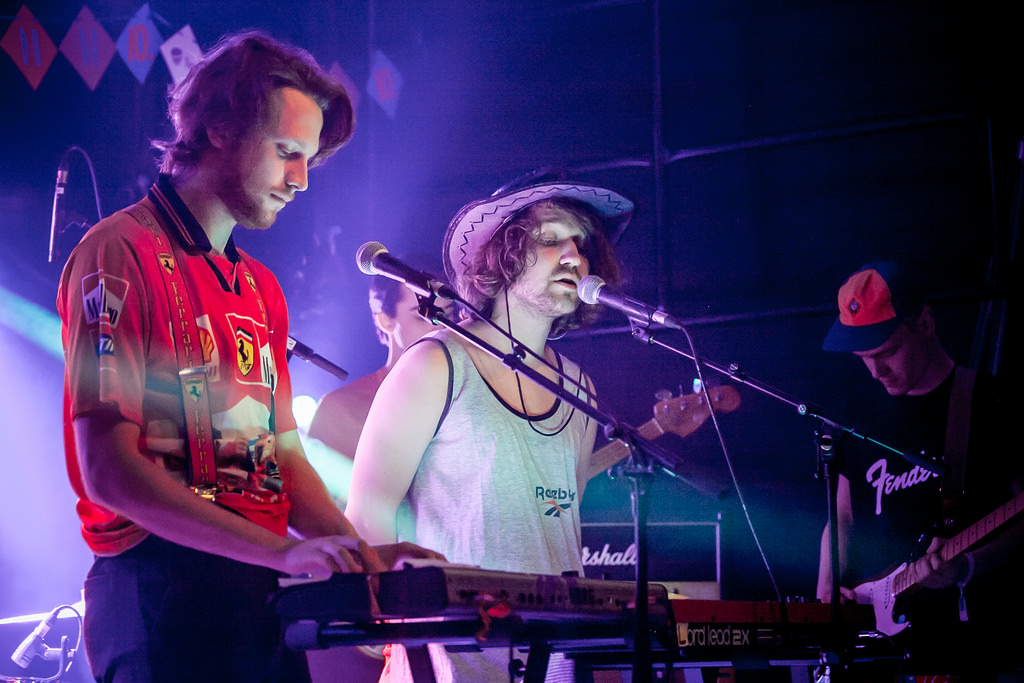 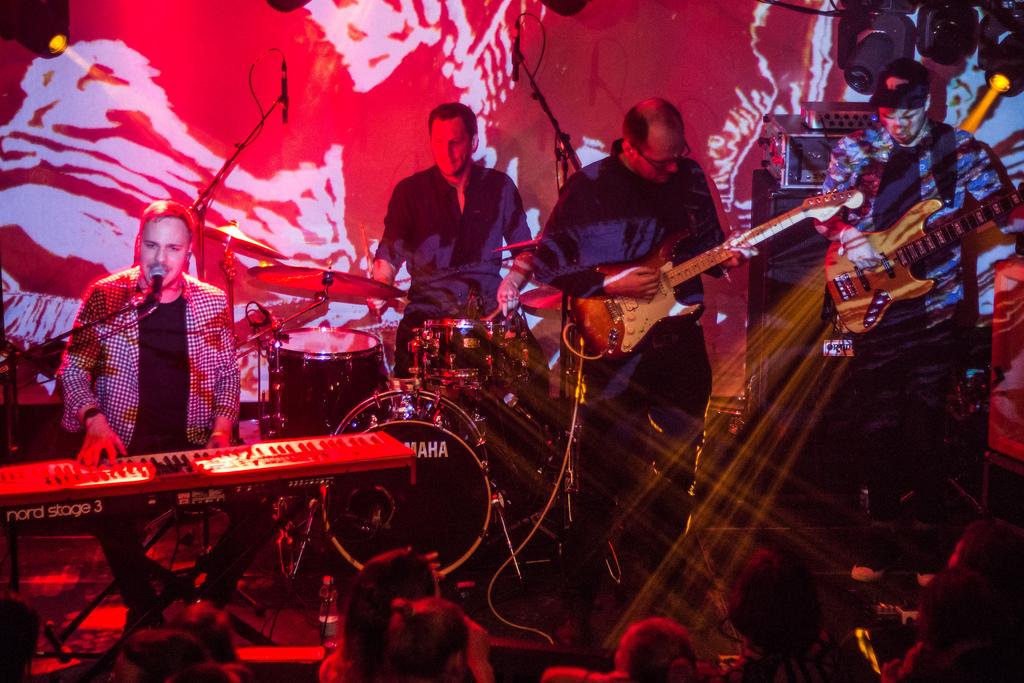 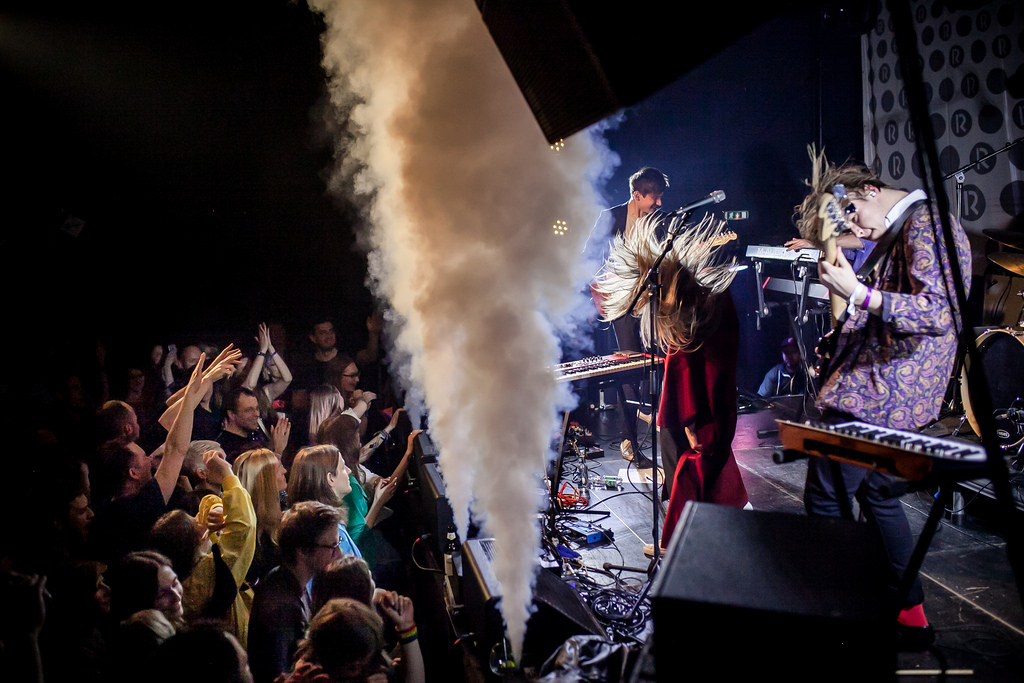 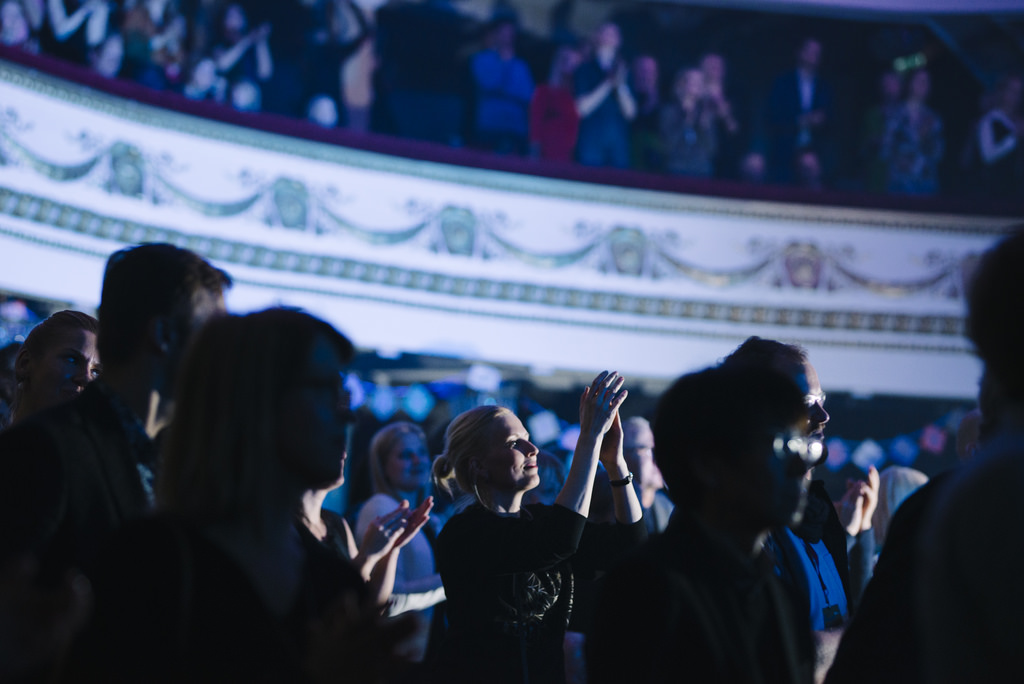 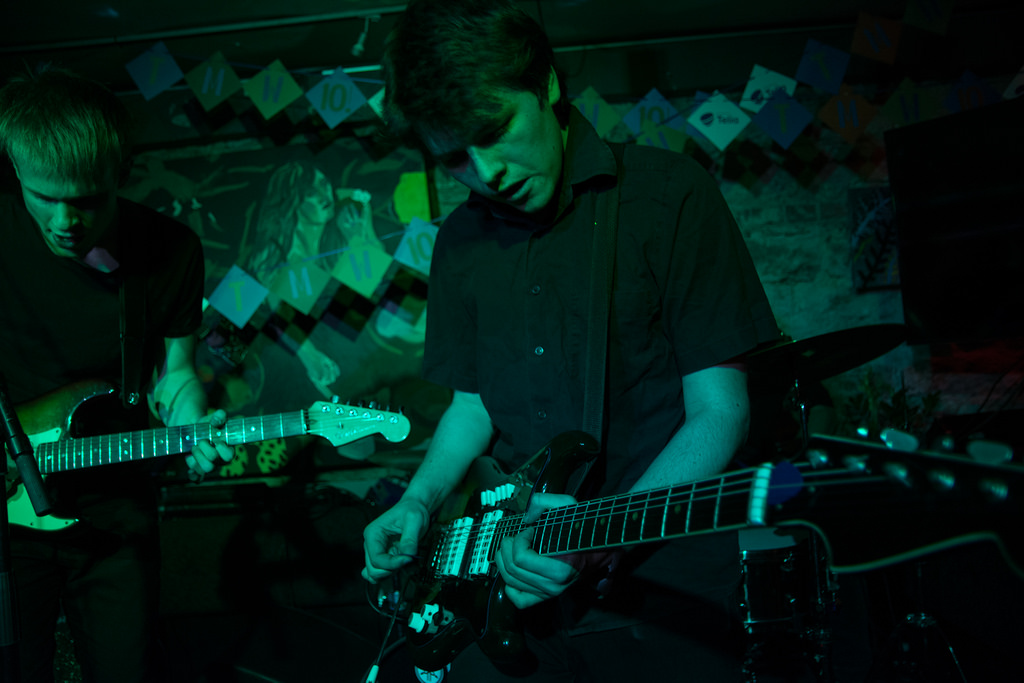 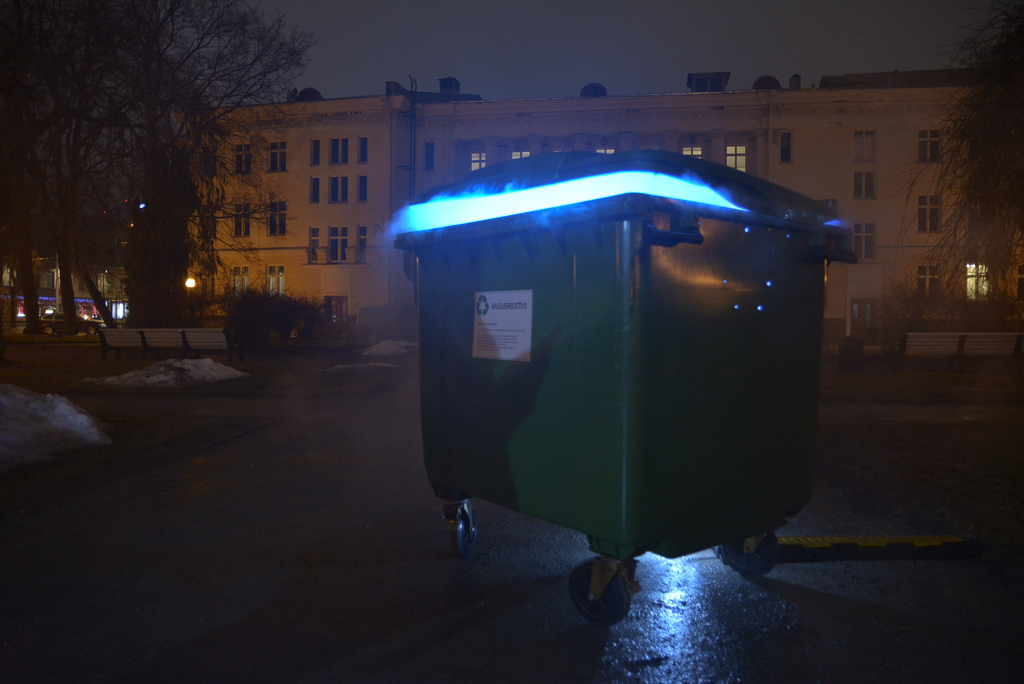 It’s time we had a talk about Estonia.

Specifically, Tallinn. While the people of the world have been losing their minds over all things Nordic, dropping words like “hygge” on the reg, upping their candle game around the house, and wrapping anything that doesn’t move in Merimekko, Estonia has been dilligently going about its business; the quiet sibling who, one day, you notice is unbelievably attractive and how the hell did I not notice this before now?

While technically a Baltic State, Estonia feels so similar to it’s northern neighbor, Finland, it’s clear why it often gets mentioned in the same breath as the Nordics. So much, in fact, the only time you’re reminded it was actually behind the Iron Curtain, for the greater part of the last century, is when you occasionally pass a Soviet-era monolith.

The past decade has shown Estonia pulling ahead of its neighbors with impressive efficiency. Tallinn has become a major tech hub of Northern Europe, as well as a cultural crossroads. All of this takes place in a fairytale setting so cripplingly beautiful a friend once described it as the only city he’s ever visited that looks like it’s constantly under threat of dragon attack. 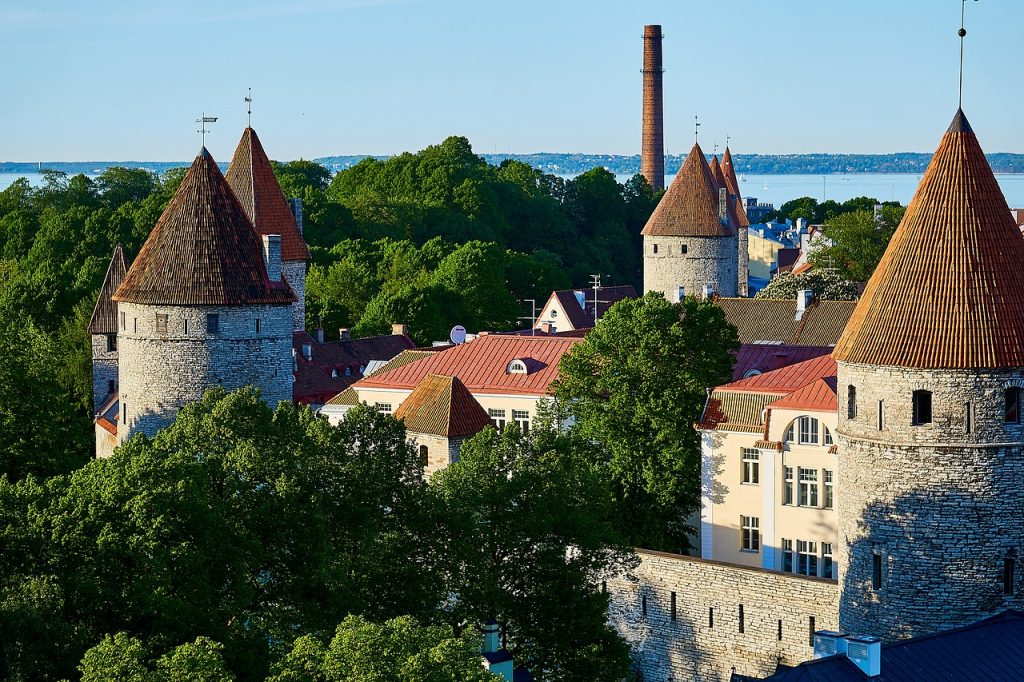 All of these elements combine, annually, at Tallinn Music Week, which just celebrated a decade of consistent wins. Much more than a music festival, TMW brings together all of the arts, politics, design and, most interesting of all, often focuses on where they intersect. A typical day’s panels might revolve around the artist’s responsibilities when navigating censorship, how the clothing choices you make affect the environment, why smart city planning affects art and wellness, or a frank discussion about what we can do to help refugees.

A feature this year was The PRS Foundation’s Keychange initiative, which is dedicated to achieving a 50:50 gender balance at festivals by 2022. Of course music is everywhere, all the time. The whole thing feels not unlike a mini South By Southwest, though much more manageable, and with the marketing significantly scaled back. 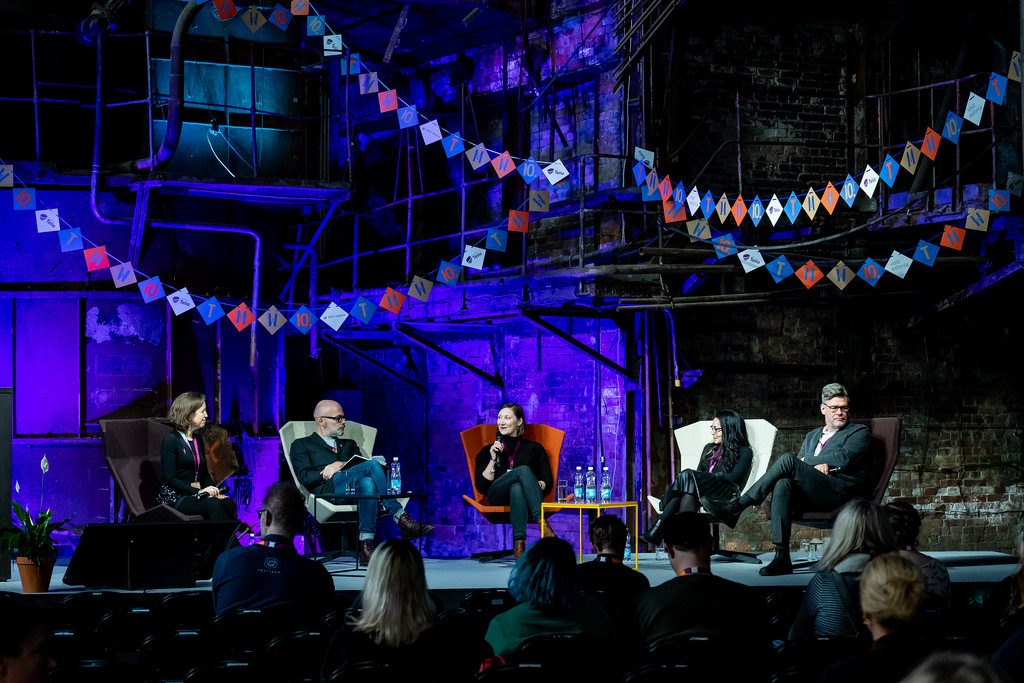 Attached to the event is a brilliant pop up market, where local designers present unique fashion, art, and jewelry. I bought socks by a company called MOCO, that come in packs of threes, all slightly different, to encourage you to mix it up a bit. “People are usually happier when they aren’t restricted by routines” the designer told me. It’s the little things.

In 2017 I made the decision to attend TMW at the last minute. I showed up with no plan, without having time to research, well, anything. The idea was to just jump into the river and see where it took me. Founder and Director Helen Sildna made sure I knew the lay of the land, and Head of Communications, Ingrid Kohtla, regularly appeared out of nowhere, like some guardian angel, to make sure I knew what was happening at any given moment. It’s that kind of festival: where you just bump into the director of the whole affair on the street, and she asks you what you’ve seen so far. 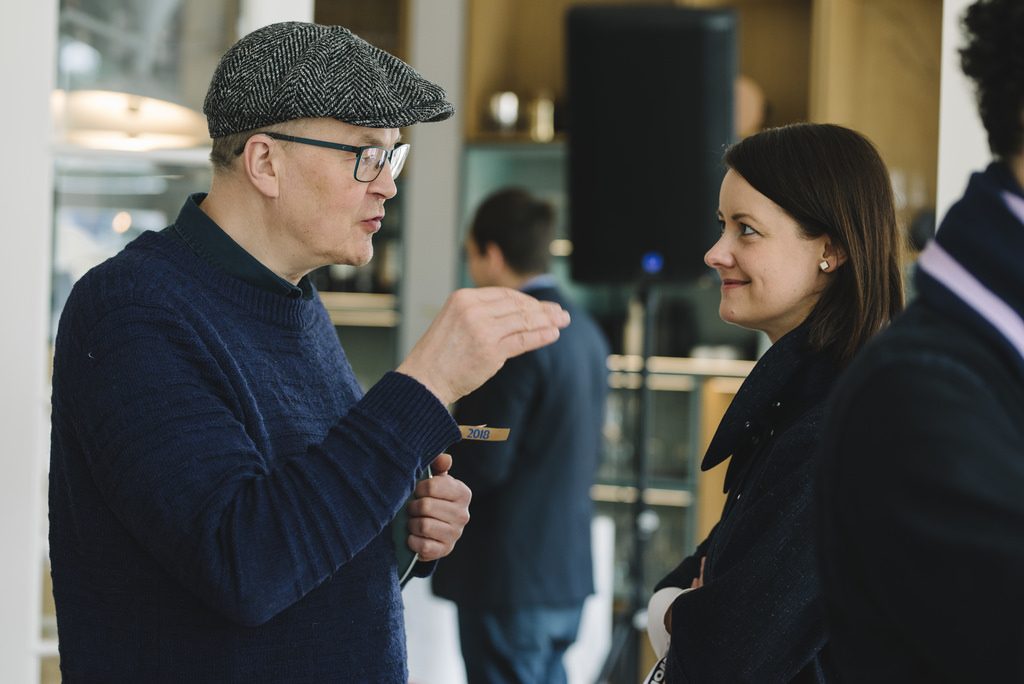 It took weeks afterward for me to process what had happened, but the two major takeaways were that it was no coincidence a festival so good fell primarily under the leadership of women, and that new music delivery systems mean the rest of the world can easily be exposed to so much brilliant music being made outside of the traditional major markets. Three of my five favorite releases of 2017, from Lucidvox, Erki Pärnoja, and ГШ, whom I wrote about here, at FMS, were TMW discoveries. The whole thing was nothing short of a revelation. I knew I had to return.

This year I had time to explore the city a little more. So many welcoming details were considered at TMW but one of the finest was that anyone with a festival wristband could use public transportation for free. It was a piece of cake to catch a band in the Old Town, hop a tram, and be in the design district of Telliskivi, for another, in no time. 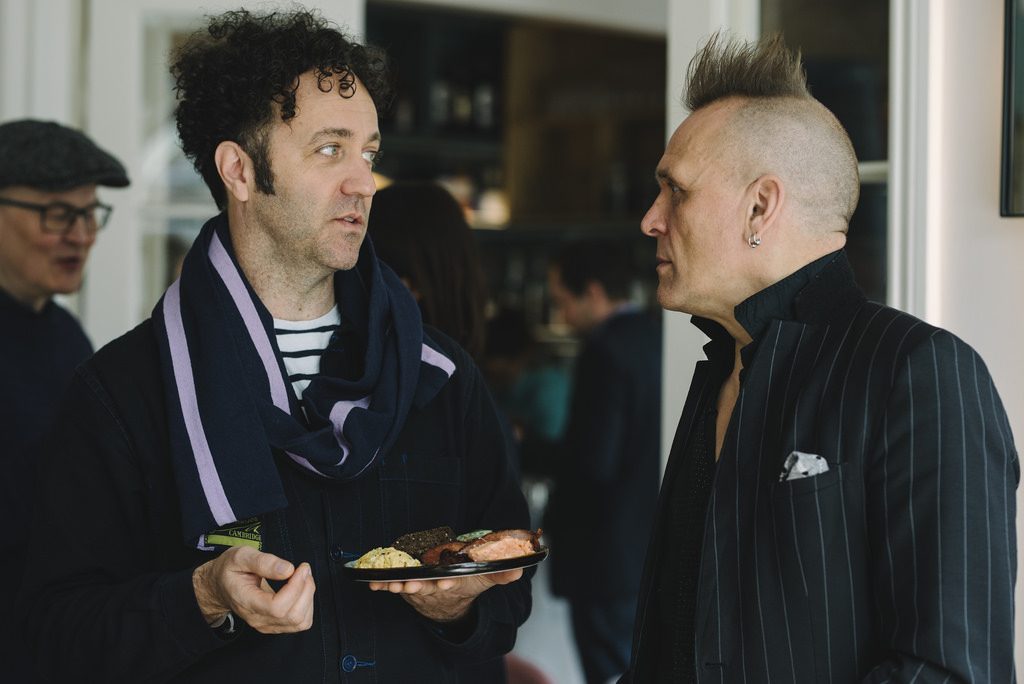 Telliskivi is full of creative spaces, fantastic bars, truly great restaurants, and a bakery. I was delighted to learn that a friend I had made last year, Aivar Meos, had opened a fantastic record store there, called World Clinic. Additionally, he would be curating an evening of music featuring anything from local bands to the Danish soul music powerhouse, D/Troit. The whole area gives oft talked about epicenters of hipness, like Bushwick and Hackney, some competition. It’s the part of town where you walk into a business like JOOKS bike shop and get handed one of the best cups of coffee you’ll have all week.

During a break in my schedule I wandered into a graphic design firm and stumbled upon the absolutely charming Belarusian Electronic/Hip-Hop act, Bakey x Kakora, followed by a spectacular psych rock band, Elephants From Neptune. One of the breakout acts from Estonia this year was the dreamy Holy Motors, but for my money, Elephants From Neptune deliver the goods even more, somehow successfully combining mystical 12 String jangle with Queens of the Stone Age style riffage. All of this happened before I ate lunch.

‘Old Town’ sections of cities tend to be tourist traps, and while you do pass the occasional person in a suit of armor, inviting you into a theme restaurant, with the promise of being plied with copious amounts of mead, or whatever, by and large Tallinn’s is a place you actually want to be. The winding streets are full of shops and restaurants that are almost entirely locally owned. Pörgu serves traditional Estonian food and beer, while August offers affordable meals, great cups of coffee, and remarkable desserts.

On the upper end, Pegasus serves up beautiful, inventive dishes, that edge into Michelin Star territory, for the cost of a bowl of Ramen in London. The value level of this restaurant can’t be emphasized enough. TMW’s own pop up cafe was the place to be if there was a hole in the schedule. They served Estonian snacks and pour over coffee to enjoy during the panel discussions that happened on site. There are many places to buy clothes from local designers, which combine unique cuts with Nordic familiarity, usually with sustainability in mind. 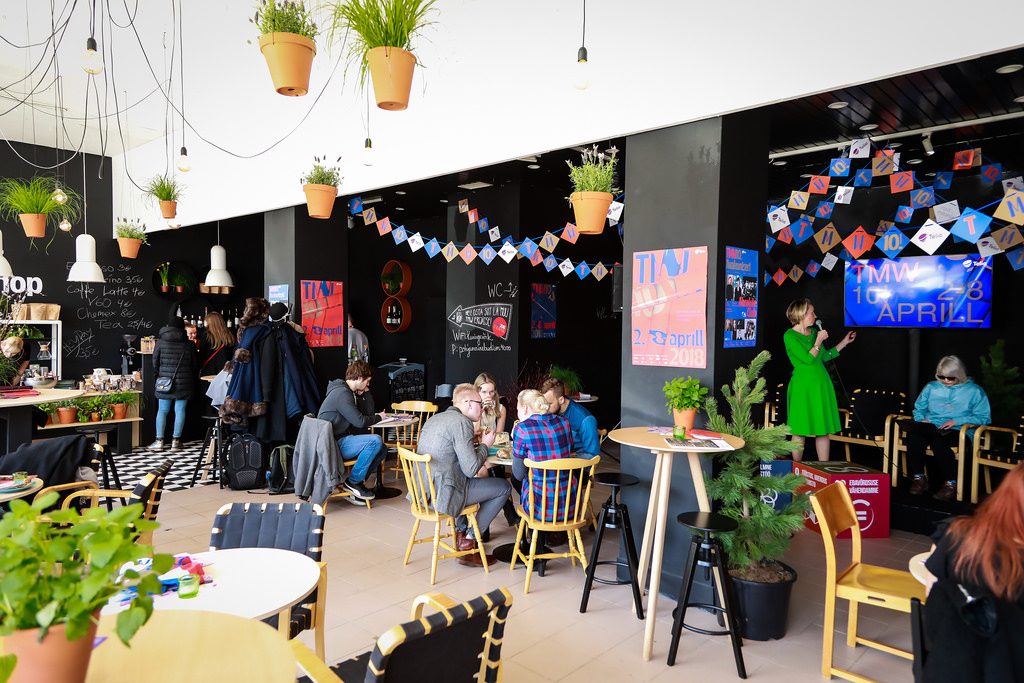 With showcases and concerts happening in places as diverse as historic churches, old Russian theaters, record shops, bookstores, cafes, and medieval cellars, it was hard to choose favorites, but in the end, I have to give it to the CryptoMarket event at Kuku Klubi, an otherwise nondescript bar when it’s not hosting a diverse, carefully curated roster of acts over two nights. Among them were both Kate Shilonosova and Jenya Gorbunov, from last year’s favorite, ГШ, performing individually under their respective solo names, Kate NV, and InTurist. As they do collectively, the individual members construct music comprised of equal parts Art Rock, New Wave, Post Punk, and Free Jazz. Seeing them perform individually was a peek into what elements go into their collaboration.

Also on the bill was Spasibo, who might be the highest energy band in mainland Europe at the moment, combining the power of Hardcore with some genuinely thoughtful flourishes. Their set wore me out, but since it was only 10:30 at its conclusion, I had to rally. Maria Minerva served up haunting electronica and belongs on all of the ‘ones to watch’ lists.

The big surprise, though, was Ljubljana, Slovenia’s Lynch. As they played their first notes I assumed I had the band’s number; that it was another 90’s inspired quiet/loud band, but within minutes they had taken a sharp turn into Post Rock territory, and reminded me of Slint, or Explosions in the Sky. Until some truly sing along choruses found their way into the same songs, that is. Like a film you realize you’ll have to see again to fully understand, while you’re still seeing it, every moment of Lynch’s set surprised me, and I gave up knowing what to expect. I looked across the room and noticed a friend from The Quietus had randomly been handed a guitar, which he was banging on enthusiastically.

And then there is Jonas Kaarnamets who, quite frankly, embodies everything I have come to love about Tallinn and its people. At TMW ‘17 I was impressed by a young pop band called Frankie Animal, who combine solid hooks, great musicianship, and danceable beats. Also they look like they were plucked from the pages of fashion magazines, but that’s not rare considering Estonia’s population is unusually gorgeous.

Last year, during an afternoon off, I was wandering around with the intention of finally seeing the city unimpaired by alcohol. A friendly local walked up to offer assistance. I didn’t know I’d seen his band, or that he also played guitar with Erki, and he didn’t know I was a journalist. We ascertained this later. He was just trying to help a lost American. He showed me the town, directed me to special places in the city, and eventually suggested we go to a bar that was a favorite among local musicians.

It was a quiet Sunday night, and we walked up to a gate that seemed to lead to an apartment building. He casually punched in a code, we walked up the stairs, which opened into a cosy bar, where we were greeted by friendly locals. We ordered our beers, and sat down in comfortable chairs. Incredulous, I turned to Jonas and said “what just happened and where the hell are we?”

I think it may have sunk in that this place he took for granted was real Secret World stuff for a tourist like me. There are times when you remind yourself that “trust a local” is the only mantra, and this was one of them. The thing is, the kindness that Jonas extended didn’t seem unusual, based on the vibe of the city. I also got the impression the town was dotted with these special places, and the locals are committed to keeping them idyllic. 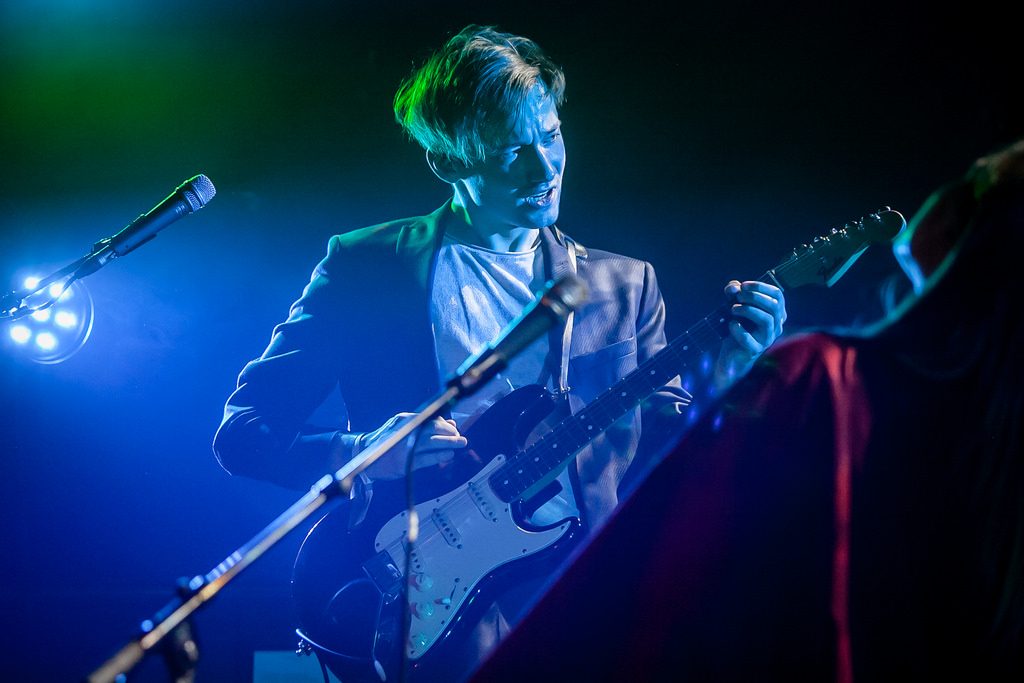 Having gone into TMW ‘18 knowing more what to expect, there was still so much to think about on Sunday, when stragglers often meet for a last meal together, and the staff finally has a chance to let down their hair. I love a long goodbye, overstayed my welcome at a brunch, and eventually found myself in need of a ride back to the center of town.

Some TMW staff members offered up a seat in their van. 15 minutes later I found myself traveling across a bleak wasteland of rubble, and partially demolished buildings, next to a shipyard, a little confused as to where we were going. Had I not known the crew who had abducted me I might have thought I was about to get offed.

We walked into the mini Berghain scene, filtered past the DJ, and sleep deprived zombies, who had dedicated themselves to dancing it out until the very end, and ordered our last Gin & Tonics.