The Molochs: Los Angeles Duo Release Flowers In The Spring, A Warm, Familiar Record Rooted in the Sounds of the Past

The Molochs release their sophomore album Flowers In The Spring early next month (September). On the record, the band deliver a love letter to rock through the ages as they continue to explore the sonic relationship between ’60s psychedelia and ’90s garage rock, adding more subtlety and depth to their sound in the process.

Whilst their debut, Americas Velvet Glory – years in the making and finally released last year – was an electrified slice of rock and roll, there are softer touches of dream pop and even elements of early ’90s British indie on show on Flowers In The Spring. The album feels like the duos tribute to their biggest influences and as a result, right from the opening riff of ‘To Kick In A Lovers Door’ there is a warm familiarity to the album. The band find themselves in good company on the West Coast, with the likes of Cool Ghouls and The Mystery Lights similarly exploring the influences of garage and psych, seemingly products or proponents of the modern tendency towards vintage sounds and revivalism.

Fittingly, the warm fuzz of the album seems the perfect soundtrack for laid-back West Coast living. Whilst this is a guitar led record, there is little space for cutting solos or psychedelic breakdowns. Instead, many of the tracks are richly composed, with acoustic base layers built on by electric chords and flourishes, with clean, crisp production to match. Beyond the musicianship, the songwriting on Flowers In The Spring marks further progression for The Molochs.

Narratives weave above and around the guitar lines, with ‘A Little Glimpse Of Death’ and the pained ‘Shadow Of The Girl’ standouts. The common motif is love and relationships  – this does not lend itself to originality particularly as ‘Too Lost In Love’ feels like that track you have heard before even if you haven’t. However, there is enough character and individuality on the record to prevent this. In particular, Lucas Fitzsimons, founder of the band and lead singer, has an unconventional voice, at times seemingly devoid of strength yet perfectly conveying the everyday messages of the band’s lyrics.

Nowhere is this more evident than in their lead single ‘I Wanna Say To You’. As the band (completed by Ryan Foster) observe, “The words ‘there’s something I wanna say to you’ are very liberating. They scream out. It could mean addressing someone else or addressing yourself. Sometimes you have to shake someone and yell a bit. Sometimes you have to shake yourself and yell a bit. It’s good to call yourself out from time to time.” The refrain of “wash my sins my away” on ‘Wade in the Water’ feels similarly therapeutic and closing with ‘All The Things That Happen To Me’ closes with the most personal and insightful moment of the record.

The record lulls at times under a sense of deference and the relatively steady pace at which it moves, often lacking the dynamism of tempo and melody change. ‘First Time I Saw You’, with its drum heavy mix threatens to change this part way through the record, and in spite the flashes of strings on the reflective ‘And Shes Sleeping Now’ and organs on ‘Too Lost in Love’, this remains an album defined by its guitars.

Rooted in romanticism, it is not going to push the boundries of rock in new directions in the way so many of its influences may have done. What Flowers In The Spring does deliver though is a collection of fantastically written and composed songs, bringing genre fans a credible modern fusion of some old favourites and hopefully enticing some younger fans to explore their influences behind it.

Flowers In The Spring is due for release on 7th September via LA’s Innovative Leisure. 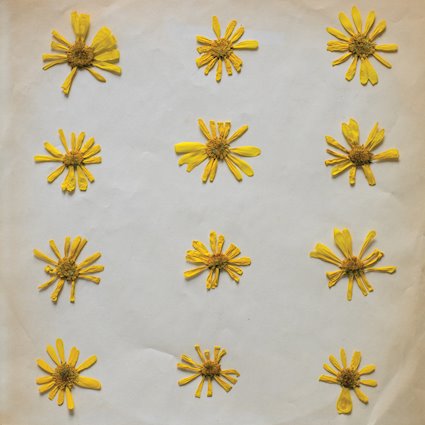