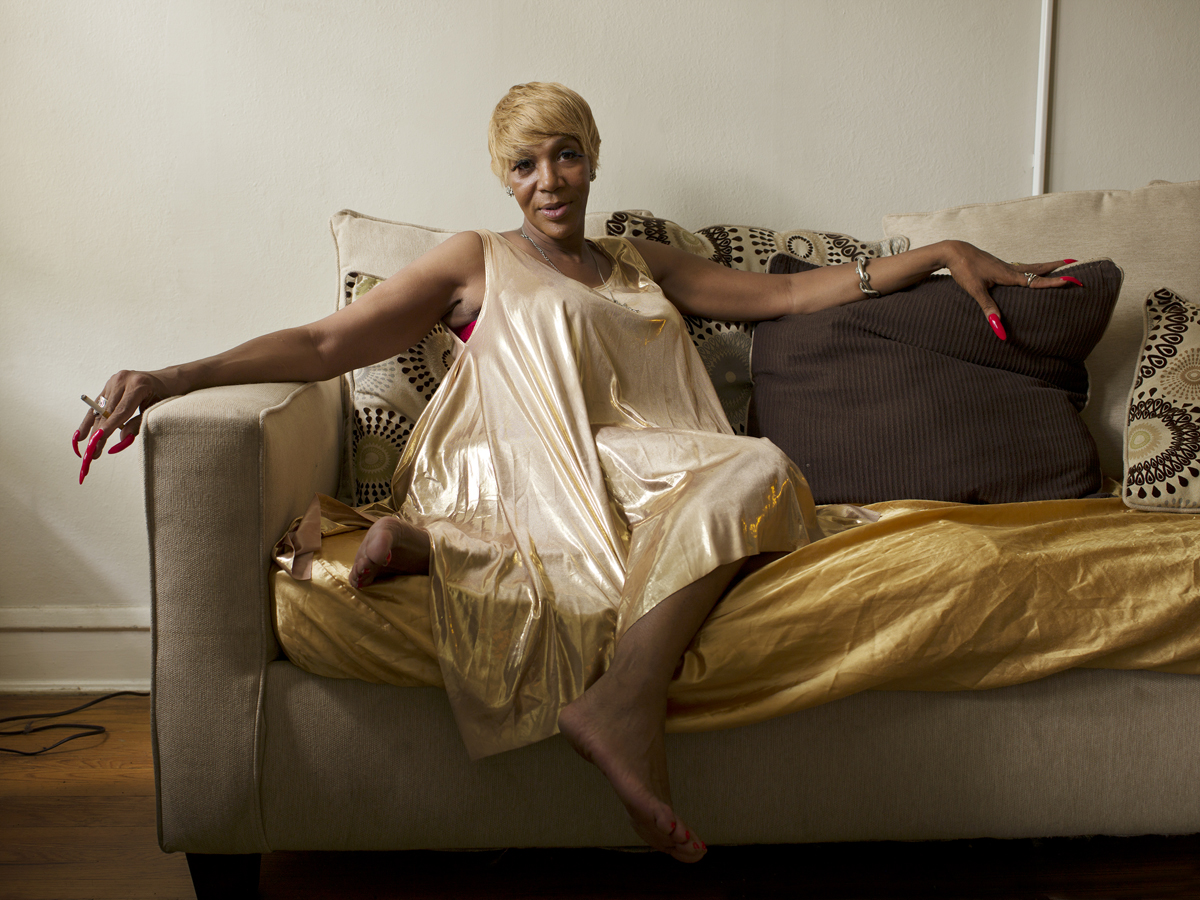 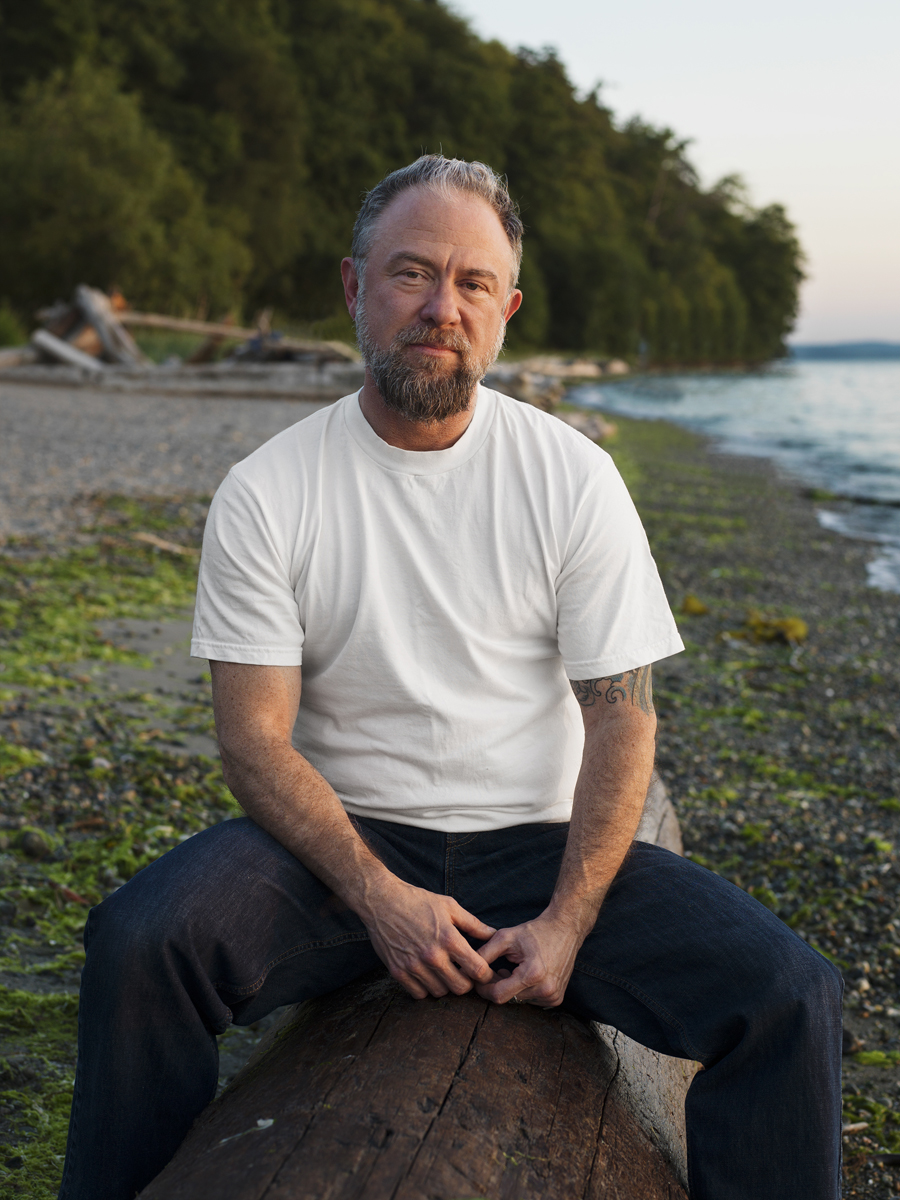 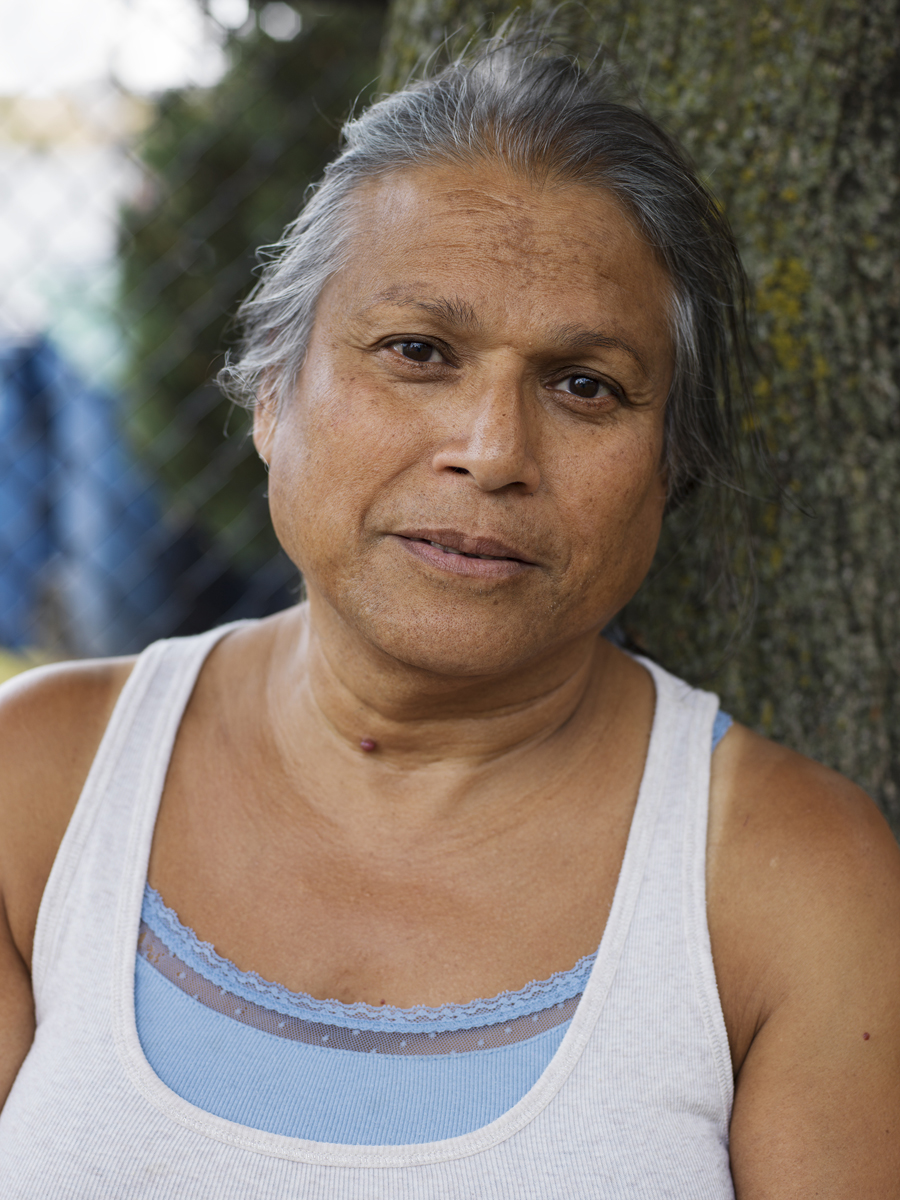 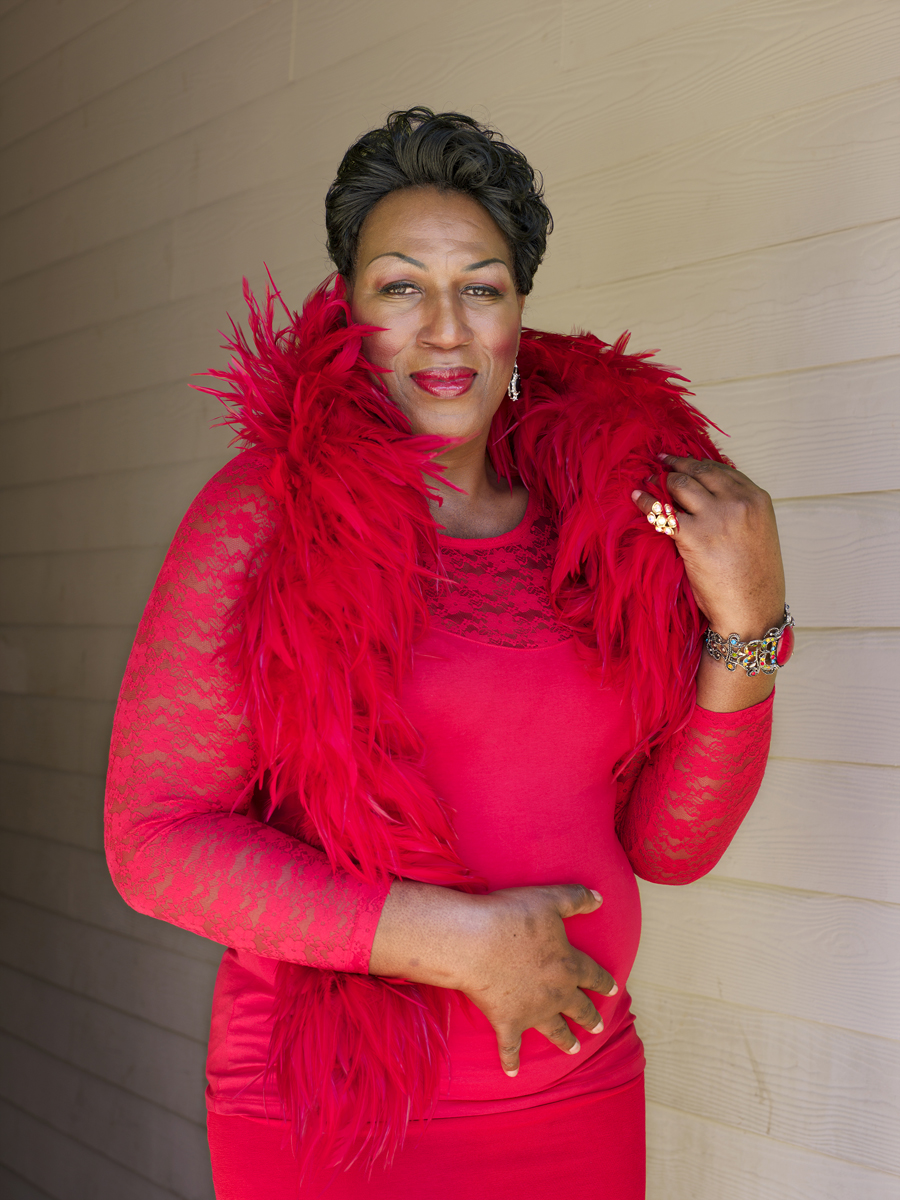 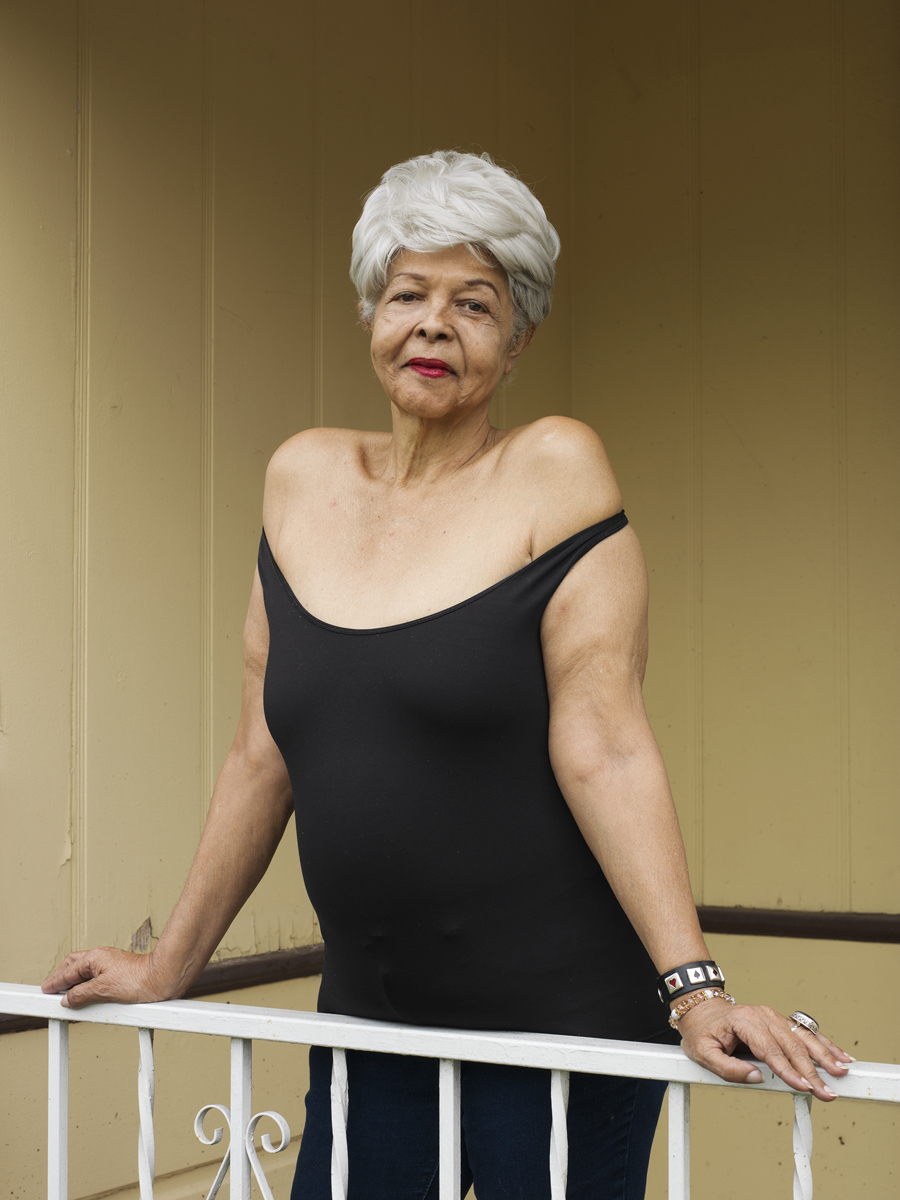 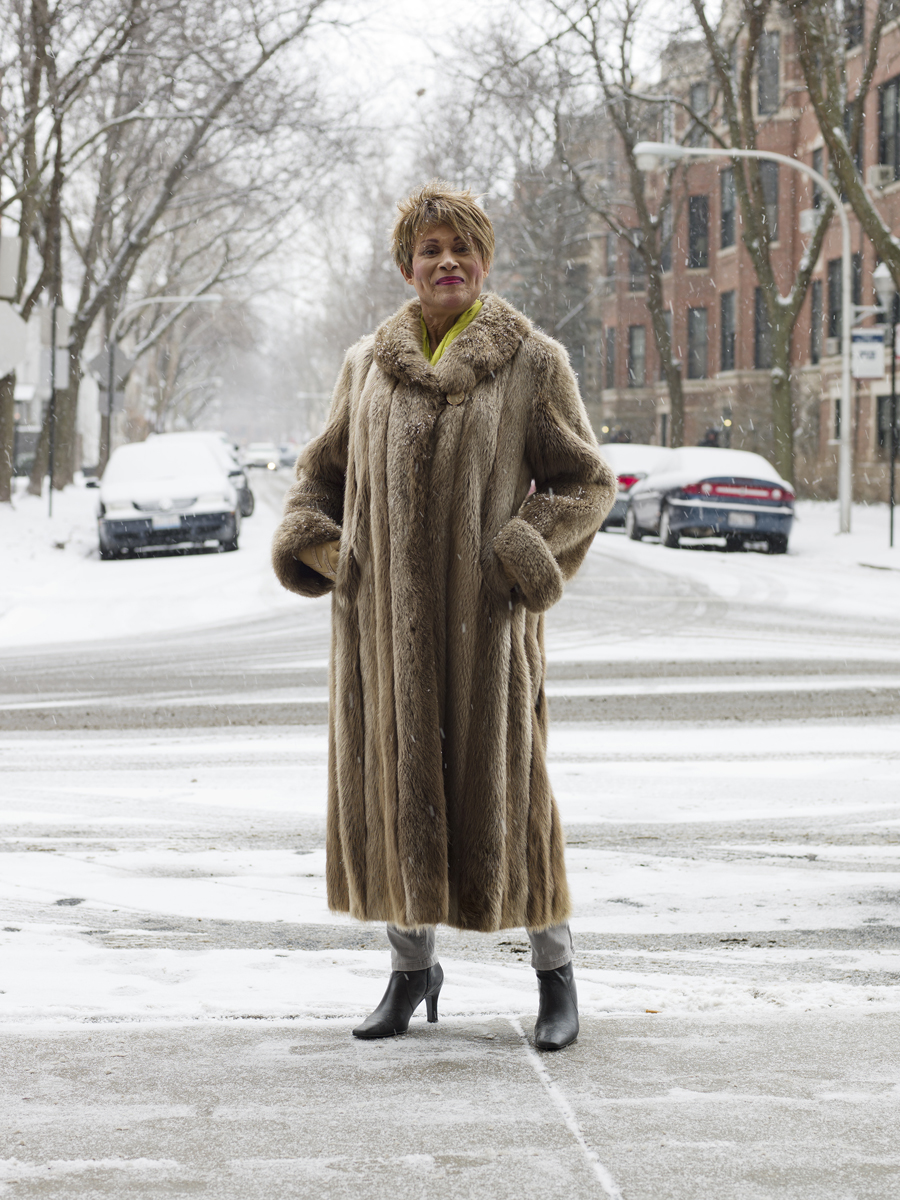 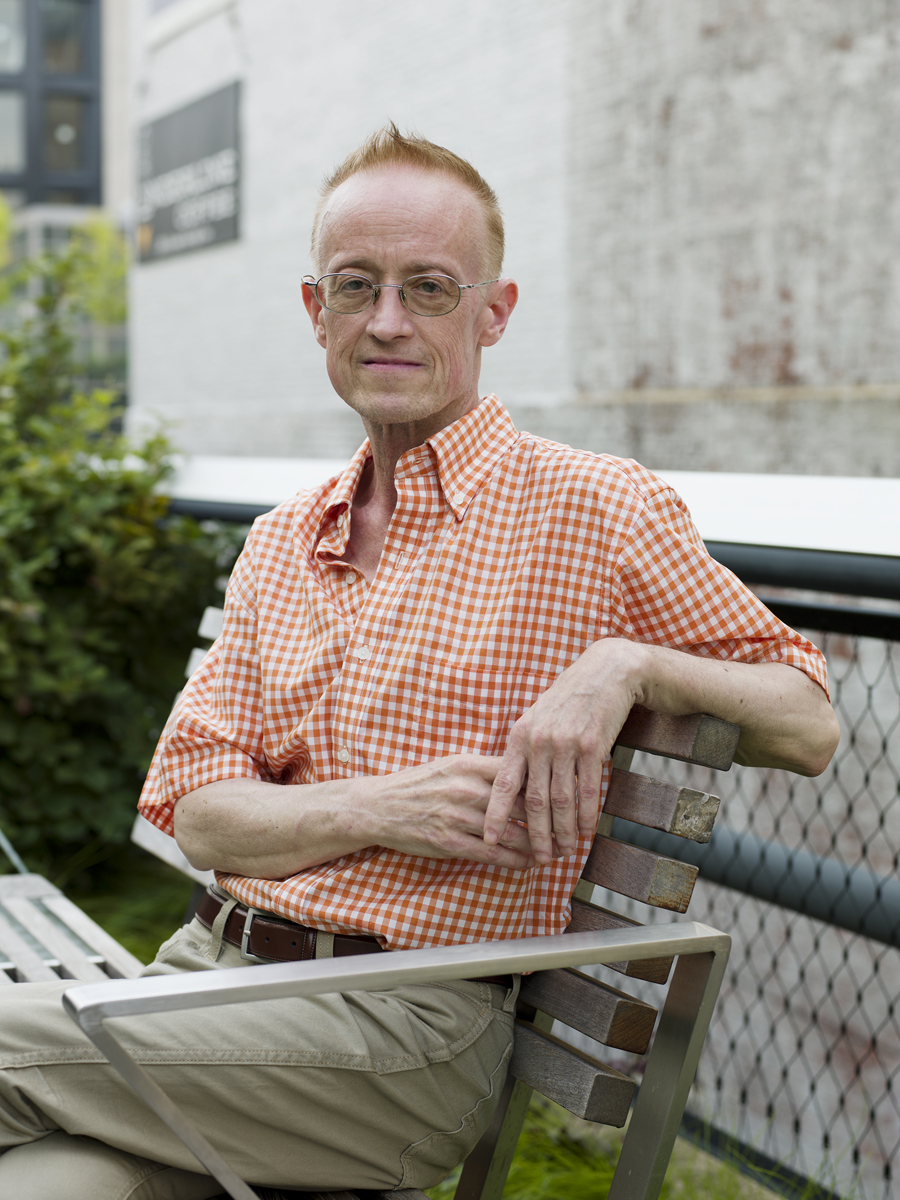 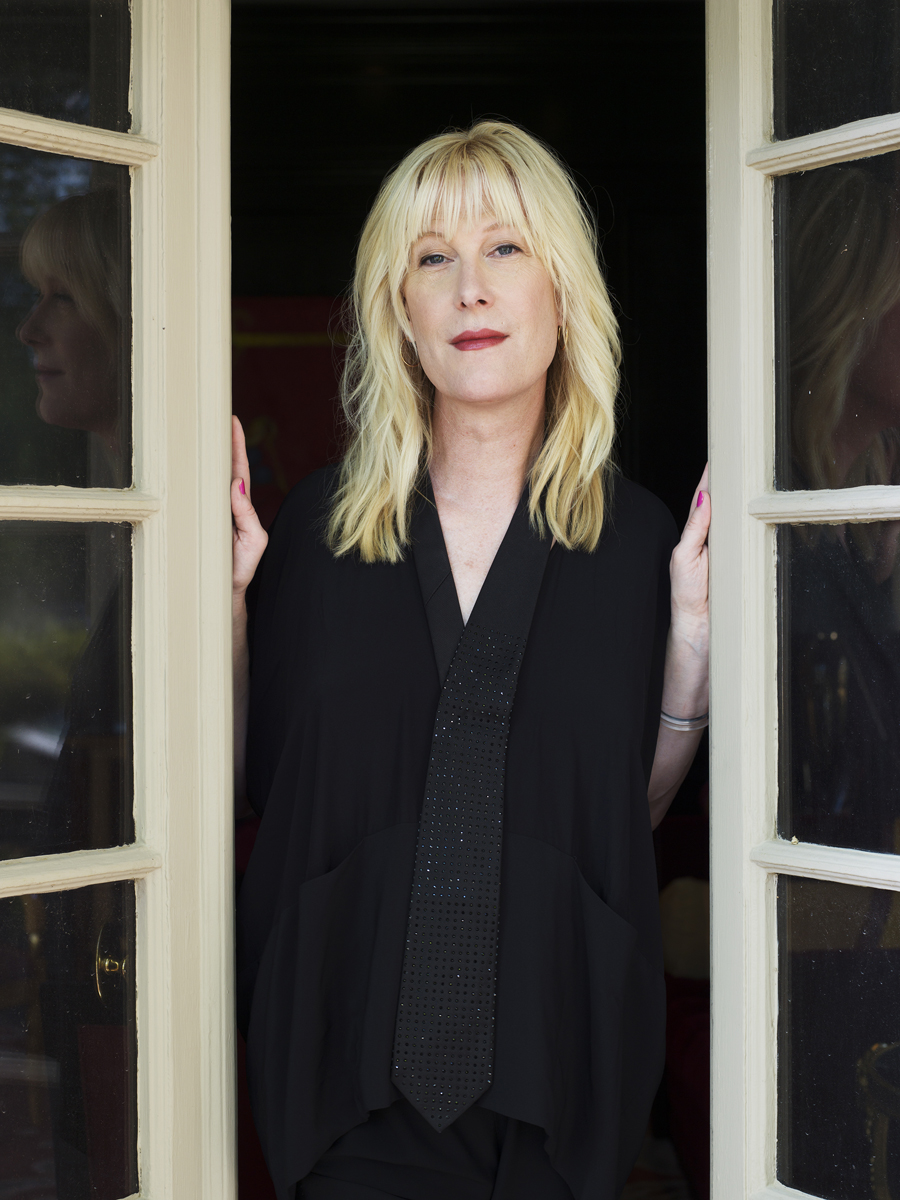 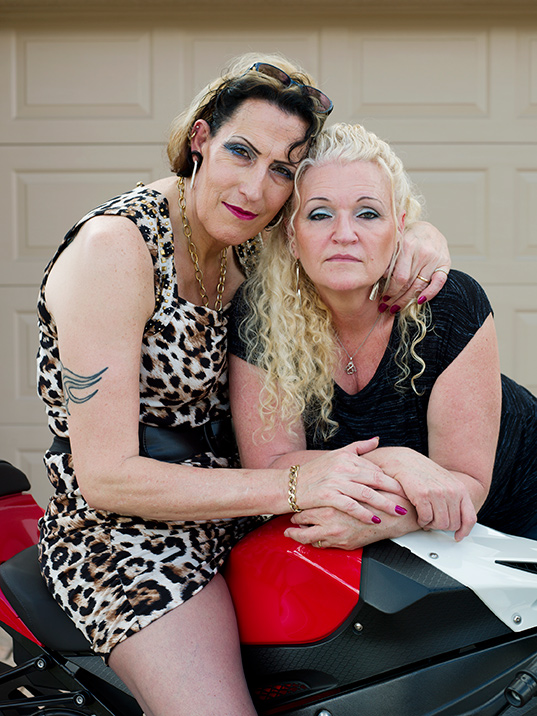 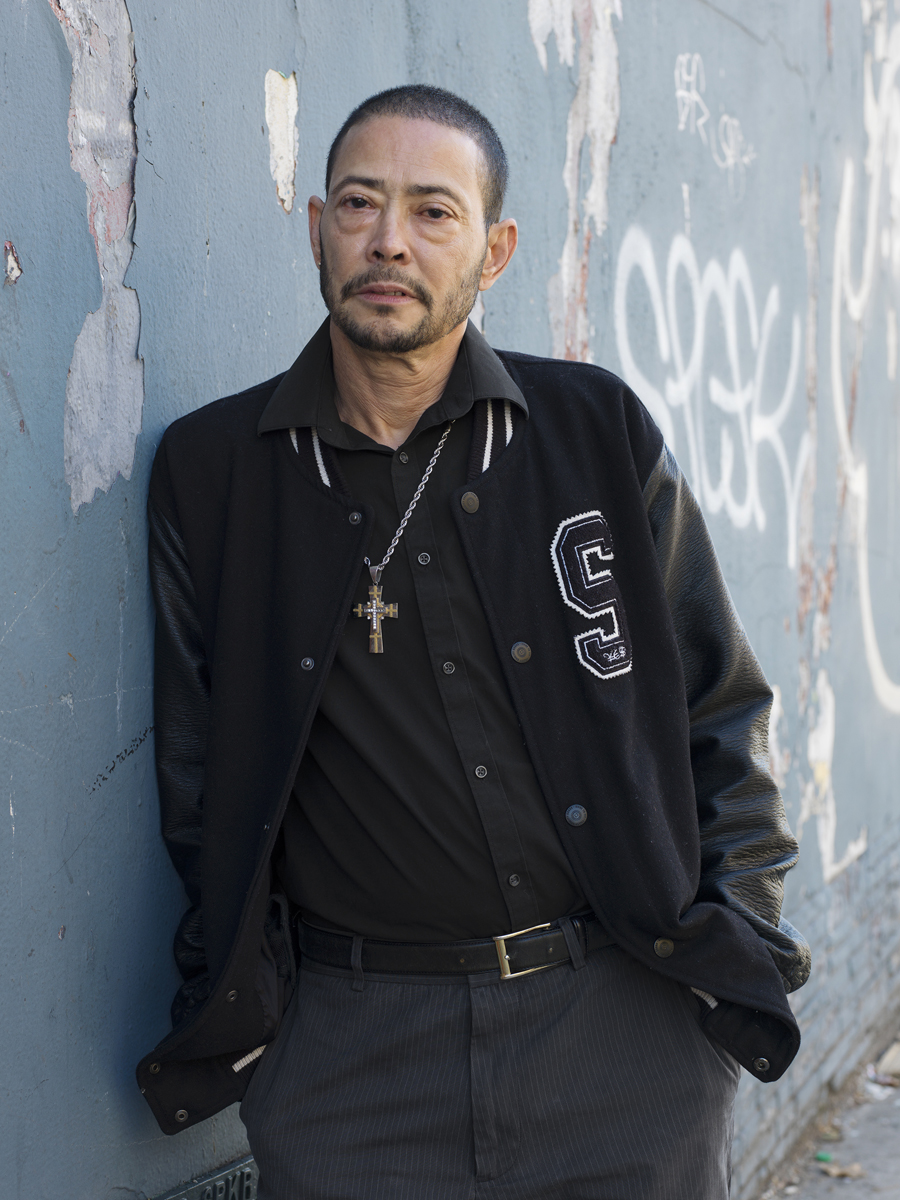 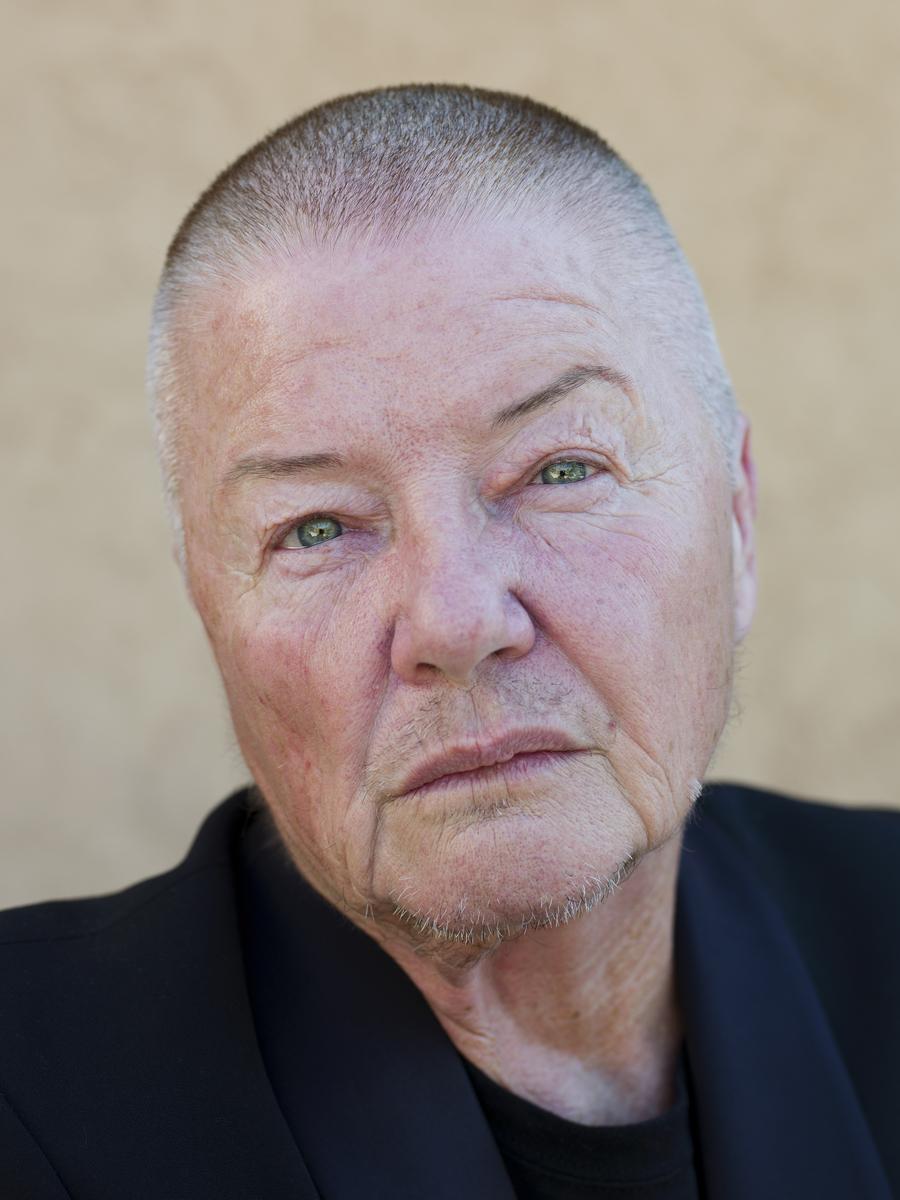 Miami’s Frost Art Museum FIU has just launched a brand new exhibition, that shines a light on a demographic that has largely gone uncovered. To Survive on This Shore, created by Jess T. Dugan and Vanessa Fabbre, was five years in the making; a result of the duo’s extensive research travelling across the U.S. to big cities and small towns.

For five years they travelled to interview trans elders who are under-represented in our culture because they are older; creating a book which has now been brought to life on the gallery walls in its very first exhibition.

“We saw examples of younger trans people who have never seen an older trans person and they had no road-map for what life would look like going forward,” said Jess T. Dugan. “Even as we are now seeing more positive representations of trans people in the media, they often favour certain kinds of identities over others.

“I wanted to record the history of people who, in many cases, paved the road for the world we live in now. I worried their stories were at risk of being lost or forgotten, and I wanted to record and preserve them.”

“So many trans-related stories in the media are about people being murdered or are about discrimination of some kind,” adds Dugan. “With this project, I wanted to create representations of many different ways of living and ageing as a trans person.”

The current news about efforts to ban transgender Americans from serving in the military, and the terribly disproportionate levels of violence committed against transgender people, make this exhibition even more timely and powerful. Some of the transgender people included in these photos served our country with long military careers.

“We knew that we were generating an incredible amount of oral history from a largely underrepresented group of people whose history was at risk of being lost.

“In many cases, we were talking to people who transitioned prior to the widespread use of the internet, prior to the conceptualisation of the term ‘transgender,’ and certainly prior to the existence of the transgender community as it exists today. Some people had never even heard the word ‘transgender’ when they were figuring out their identity. Their life stories are from a significant period of transgender activism and experience in the United States. We wanted to make sure that this history was preserved,” adds Dugan.

“I’m a fifty-five year old woman of trans experience and I’m a woman of colour,” says Caprice (main picture). “And my life is amazing. I am the eighth child of twenty-three. I remember back, starting at the age of three, my mother used to buy these Tonka trucks. Santa Claus would bring all the little toys and I always got the boy toys and I was not fond of them. I always played with the teapots and the baby dolls, and so she always knew, always had an inclination, and she just waited for confirmation. I had sisters that were older than me and they had birth control pills that they never took. As early as twelve, I swallowed the pills and got my little baby bruises.”

D’Santi (pictured above): “I identify as a straight male, and I’ve always known. My first memory was saying, ‘I am not a girl. I don’t want to be a girl.’ All the games we played, I always played a boy. Didn’t wear dresses. Fast forward about fifty years. I meet my partner, CC, which stands for Cuauhtli Cihuatl, Eagle Woman, and she asks me, ‘How do I honor you? What do I call you?’ She said she could see it in me. The more we talked, the more it was like, ‘Oh, I should be transitioning.” It changed my life. She’s the one that helped me realize I can be authentic and be okay with it.”

“I identify as Cassandra. I’m a trans woman,” says Cassandra (pictured below). “I’ve always identified as female, but it took a while to get to that point, because I am originally from the Caribbean and the church is very strong there. I always knew that I was different. I remember going through puberty and asking my mom, ‘How come I don’t have breasts?’ and she said, ‘Well, it’s because you’re a boy.’ That didn’t seem right to me. It just didn’t match. So that’s how I identify. I identify as female. And that’s how I live my life. I have always felt that way, but I never truly expressed it until I left the islands, just before my twenty-first birthday.”

“In the last few years I have seen tremendous growth in the transmasculine community,” says Louis (pictured below). “Keep in mind that in my generation, the notion of community was almost an intentional causality to the process. You were supposed to move away, never let anyone know your history, and move into isolation in order to exist. You needed to be heteronormative and have a specific way of being that fit the criteria of what this diagnosis is supposed to look like. So the notion of building community in that way… how could you if you don’t meet the standards? The notion that community is available to us is a relatively new phenomenon.

“Years and years ago when I was tiny kid I just wanted to grow up to be a husband and a father, but in that time and place it was completely impossible. So the notion that I have those things in my life now is nothing short of miraculous. And how many people in the world can say that the dream they had that was impossible, they are now living it? It is an amazing and surreal and awe-inspiring dream come true. So I am extremely grateful more than anything else, and I will continue to seek that gratitude in ways that I can and continue to be an example to people who are really struggling. The impossible is possible. Likely, maybe not. Easy, most defiantly not. But possible. So that is a joy and I will continue doing that until I kick the bucket.”

The people featured in these portraits have a wide variety of life narratives spanning the last ninety years. One of the definitions of ageism is ‘to regard older persons as unworthy of attention.’ These photos and interviews reveal how our culture lacks representation of older adults who are transgender and gender non-conforming.

Dugan and Fabbre traveled from coast to coast, across the U.S. to document these life stories, with the resulting portraits being open, emotive, and nuanced; utilizing direct eye contact to evoke a meaningful exchange between subject and viewer. Fabbre selected interviews to enhance the viewer’s connection to each subject’s story. You can see more of these portraits, and read selected interviews in full at tosurviveonthisshore.com.

To Survive on This Shore kicks off the museum’s yearlong commemoration of the 50th anniversary of the Stonewall Riots, which will culminate in the fall with Art After Stonewall (1969-1989), the first major museum exhibition about how the LGBT civil rights movement impacted the art world.