Too Many Zooz @ KOKO w/ The Mouse Outfit 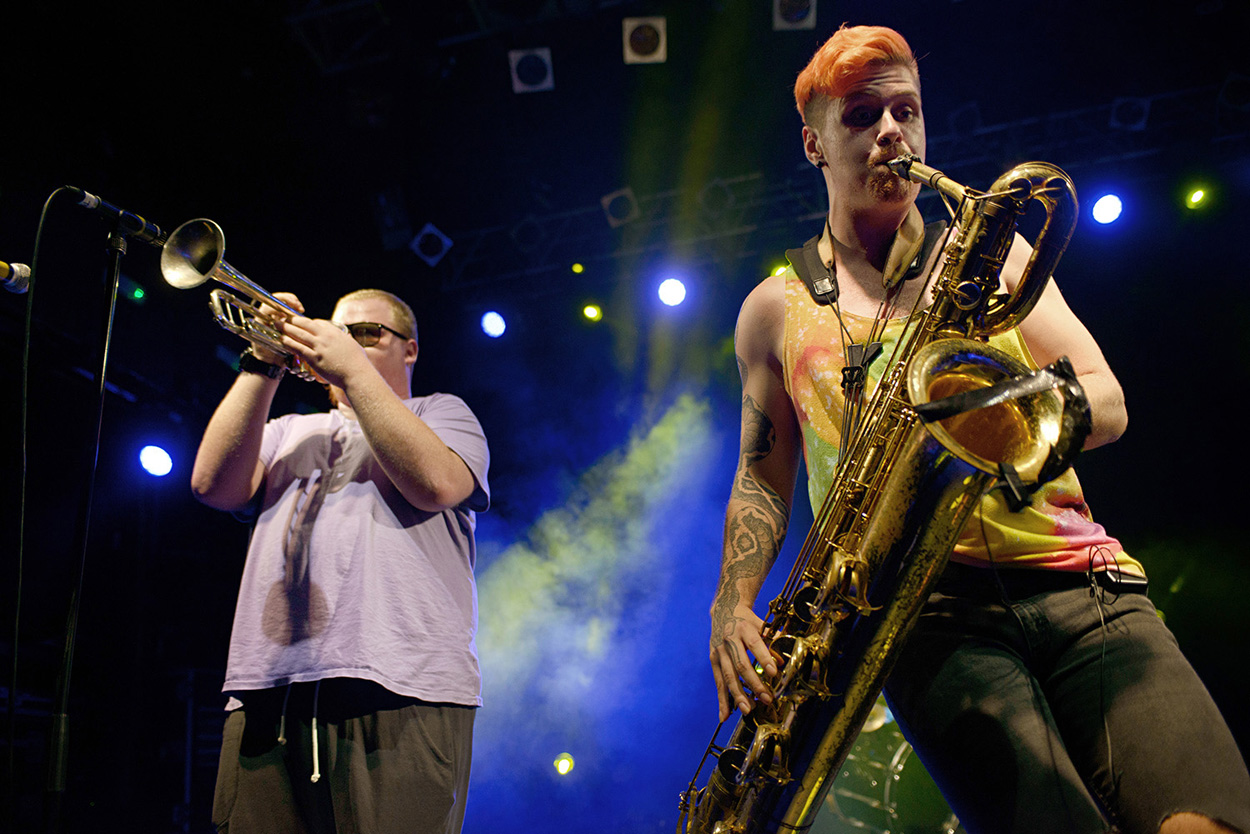 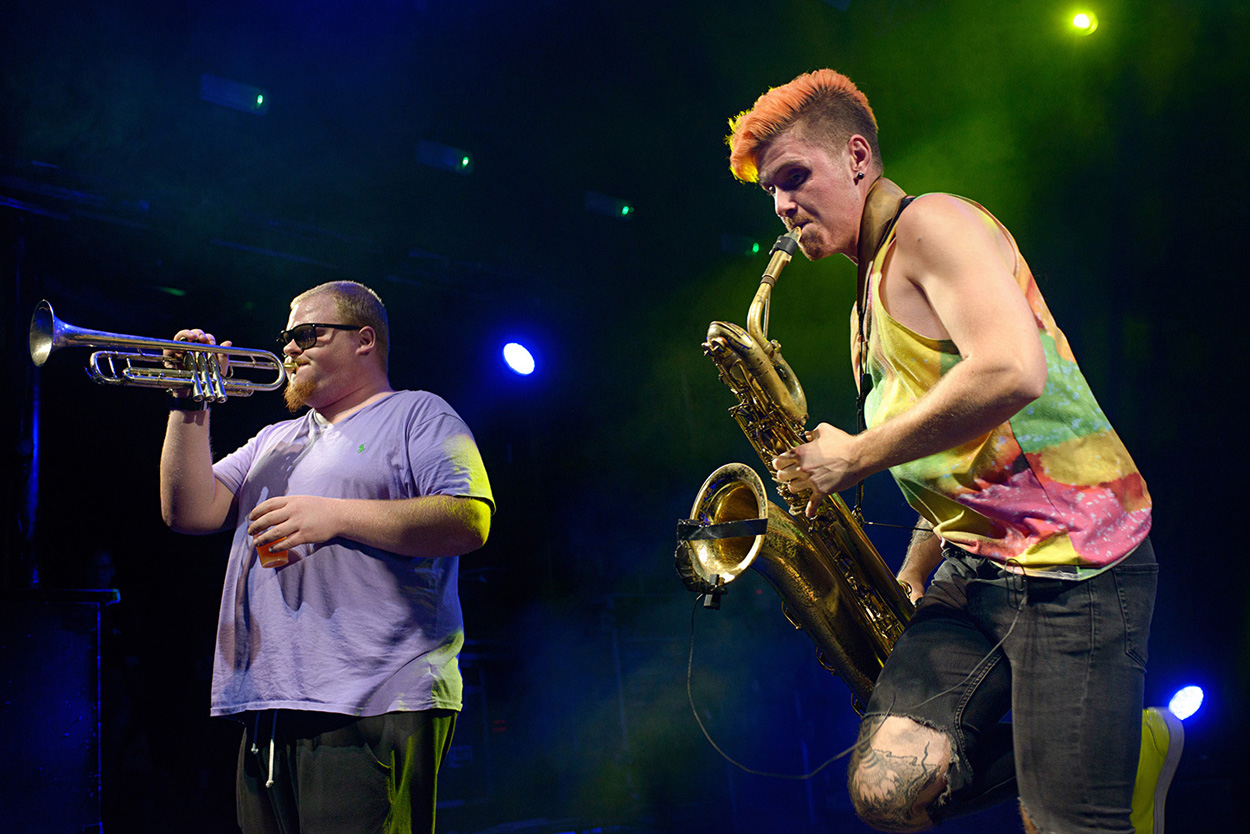 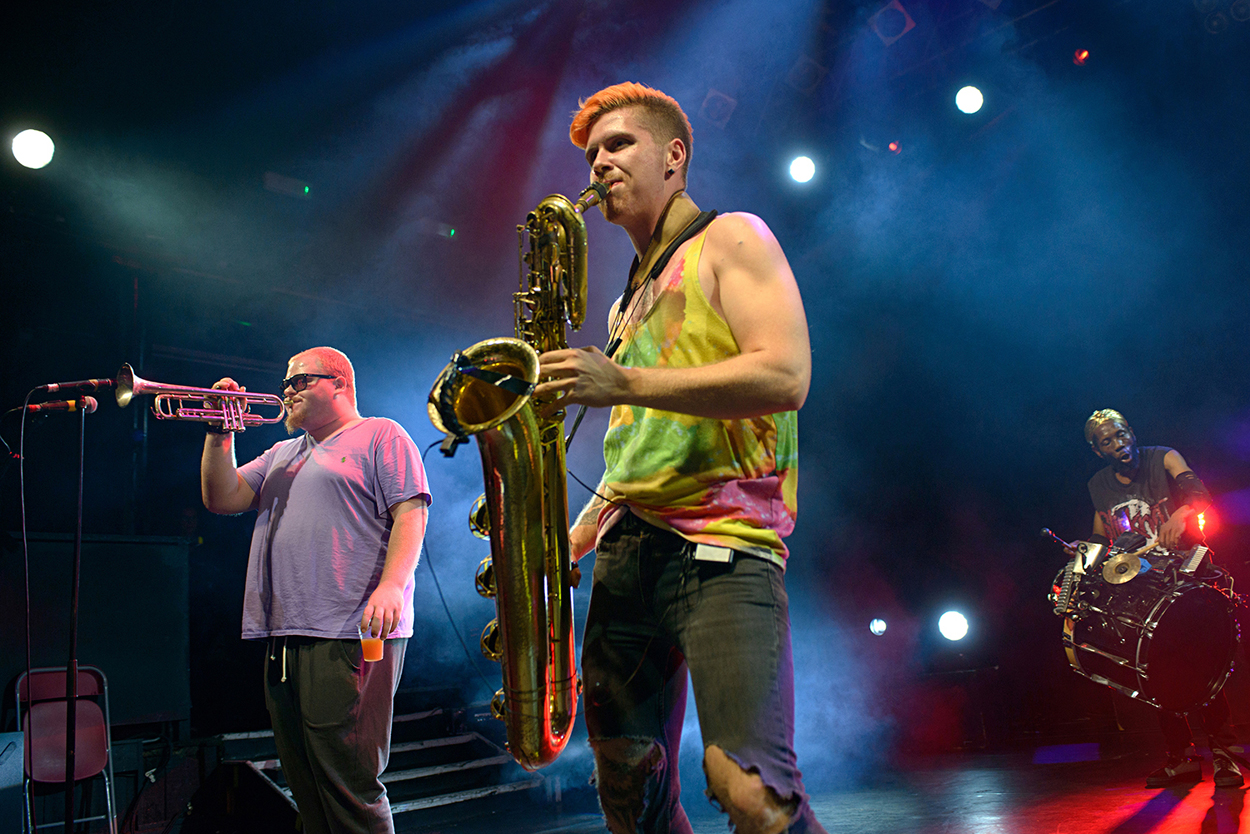 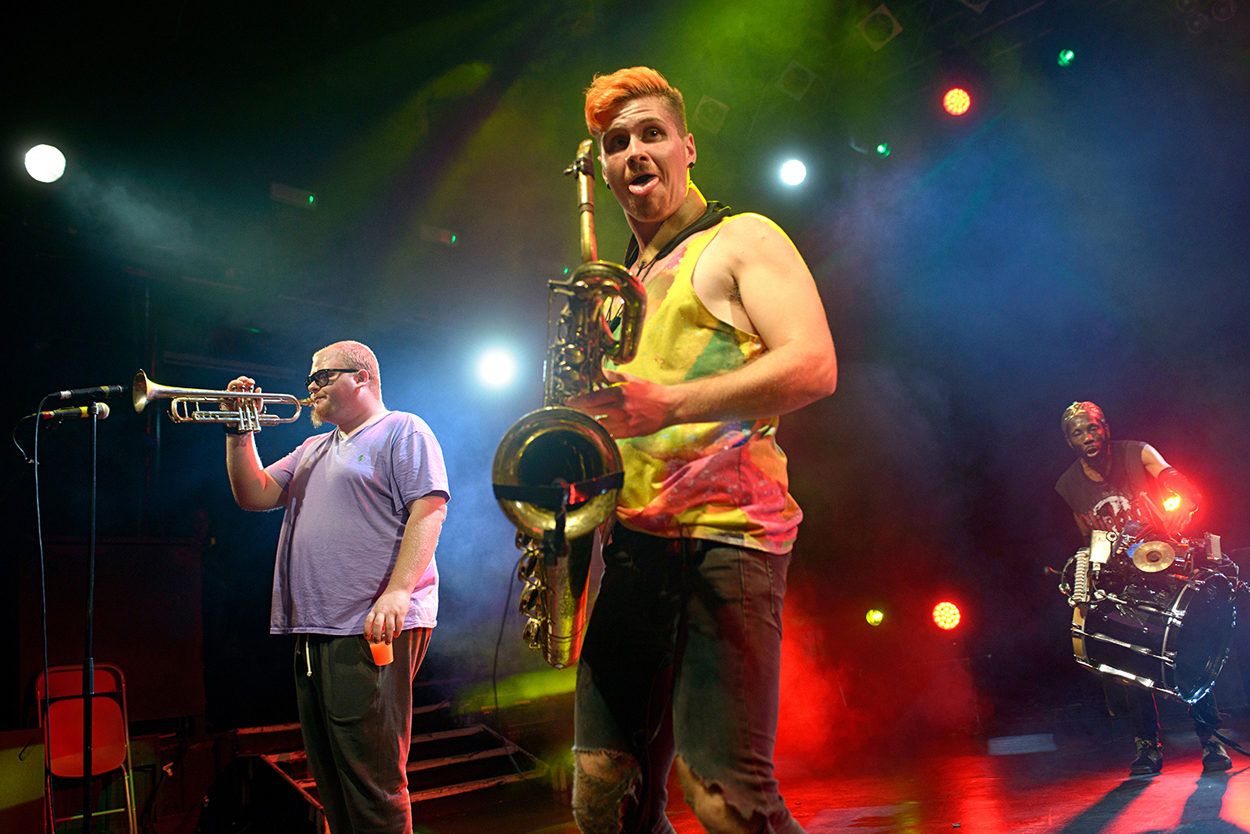 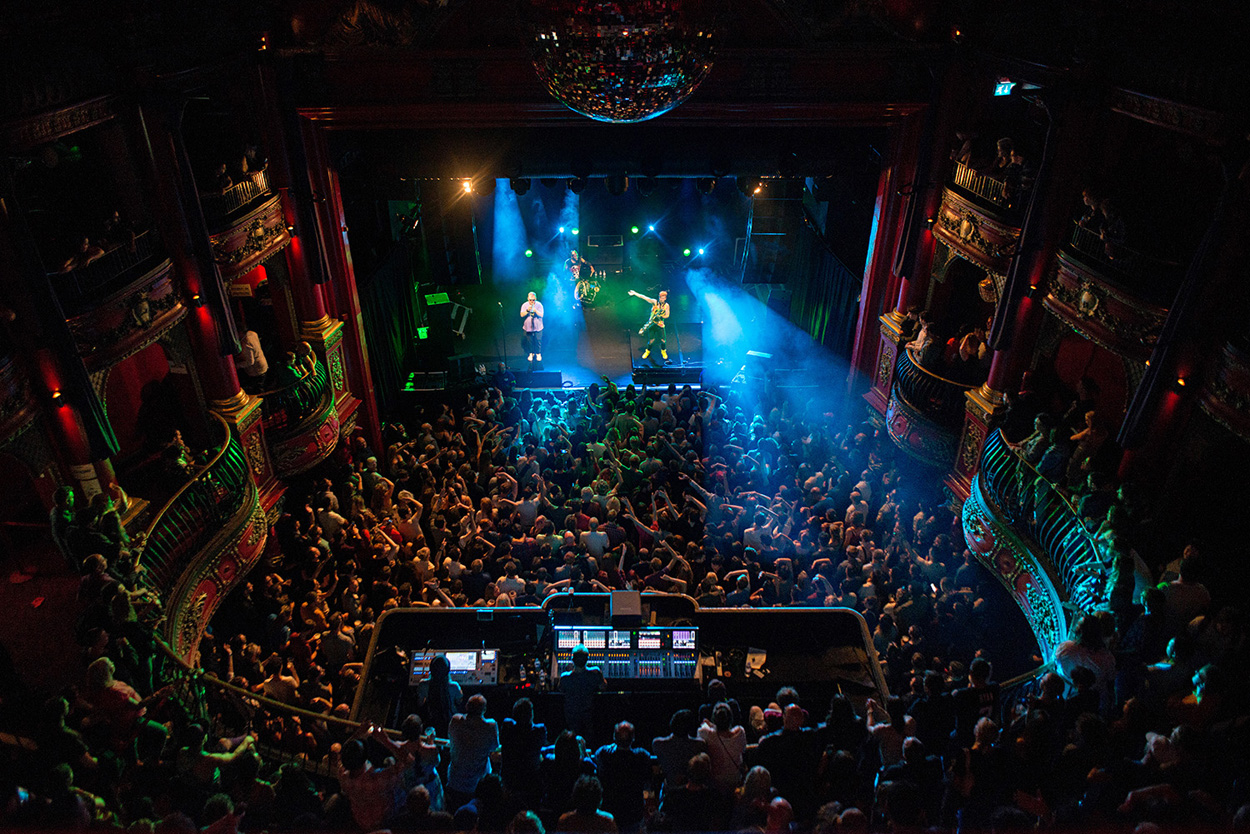 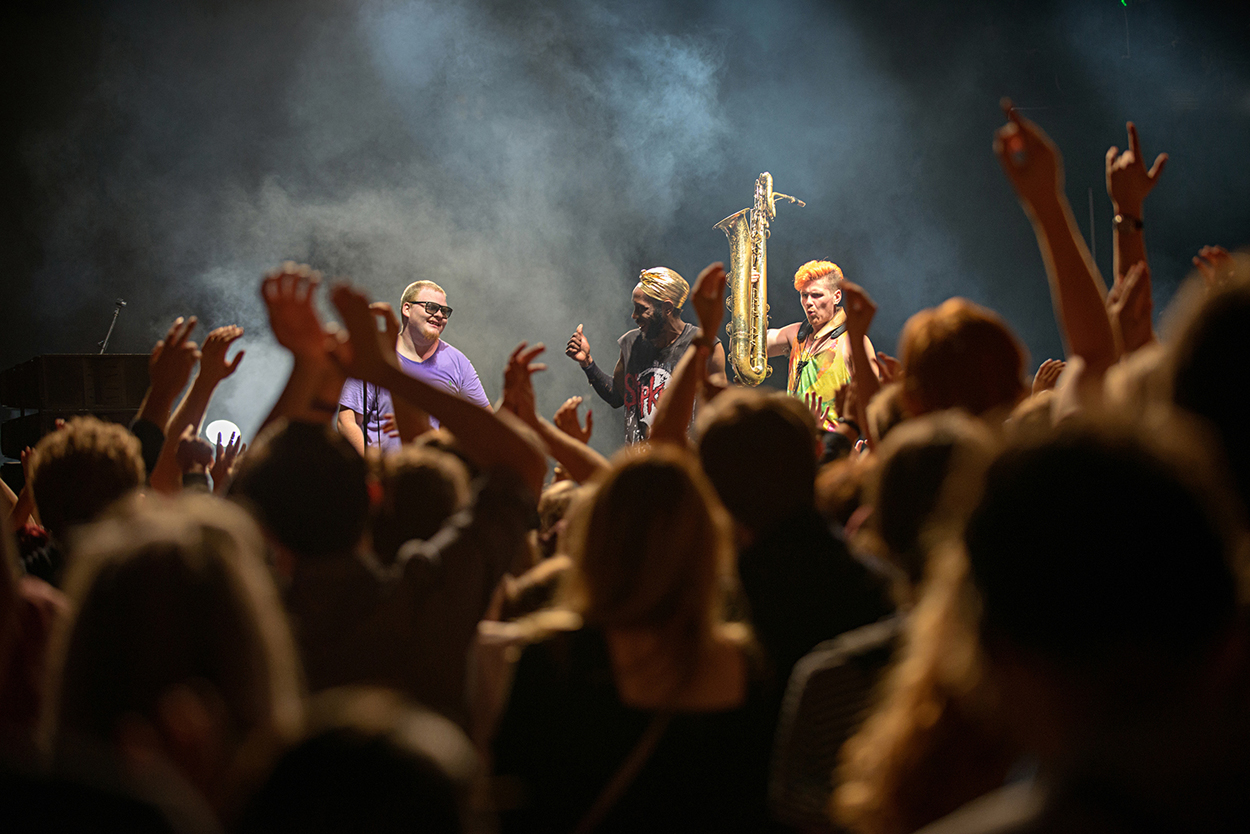 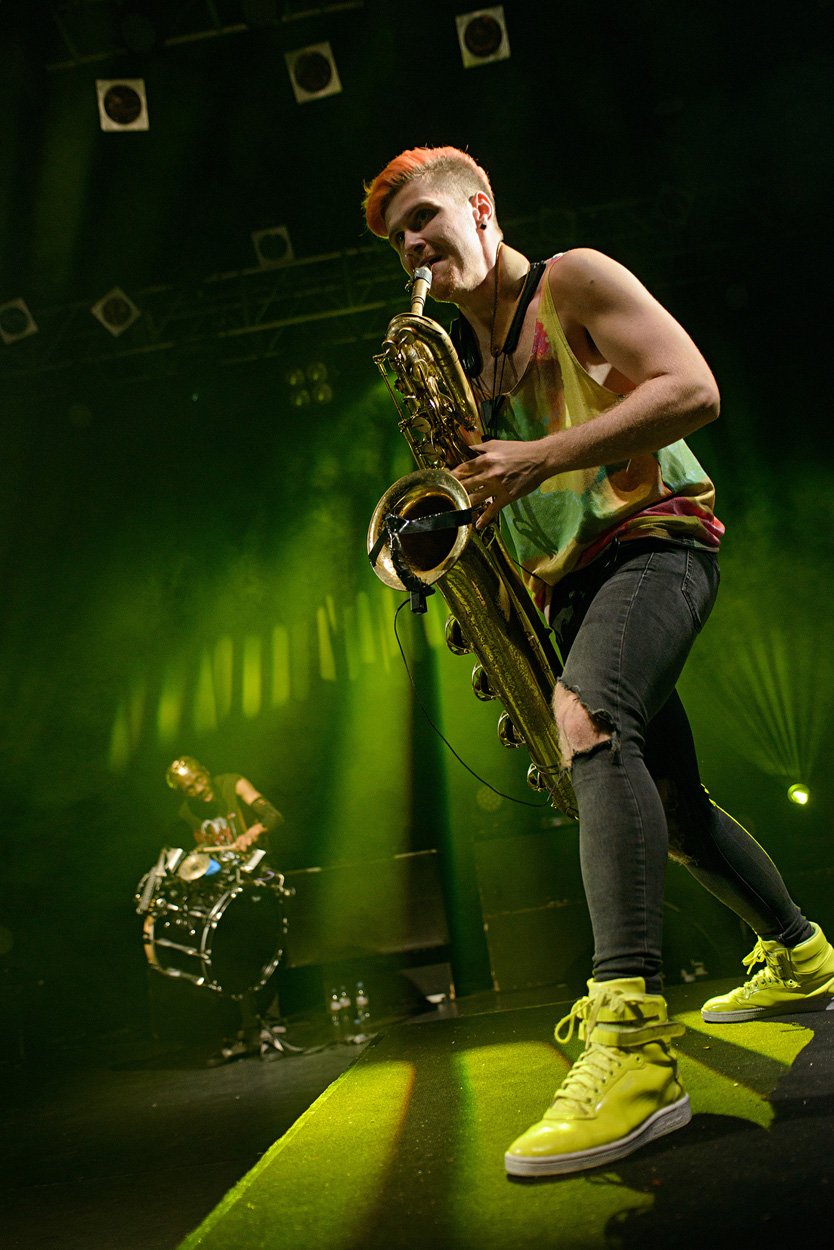 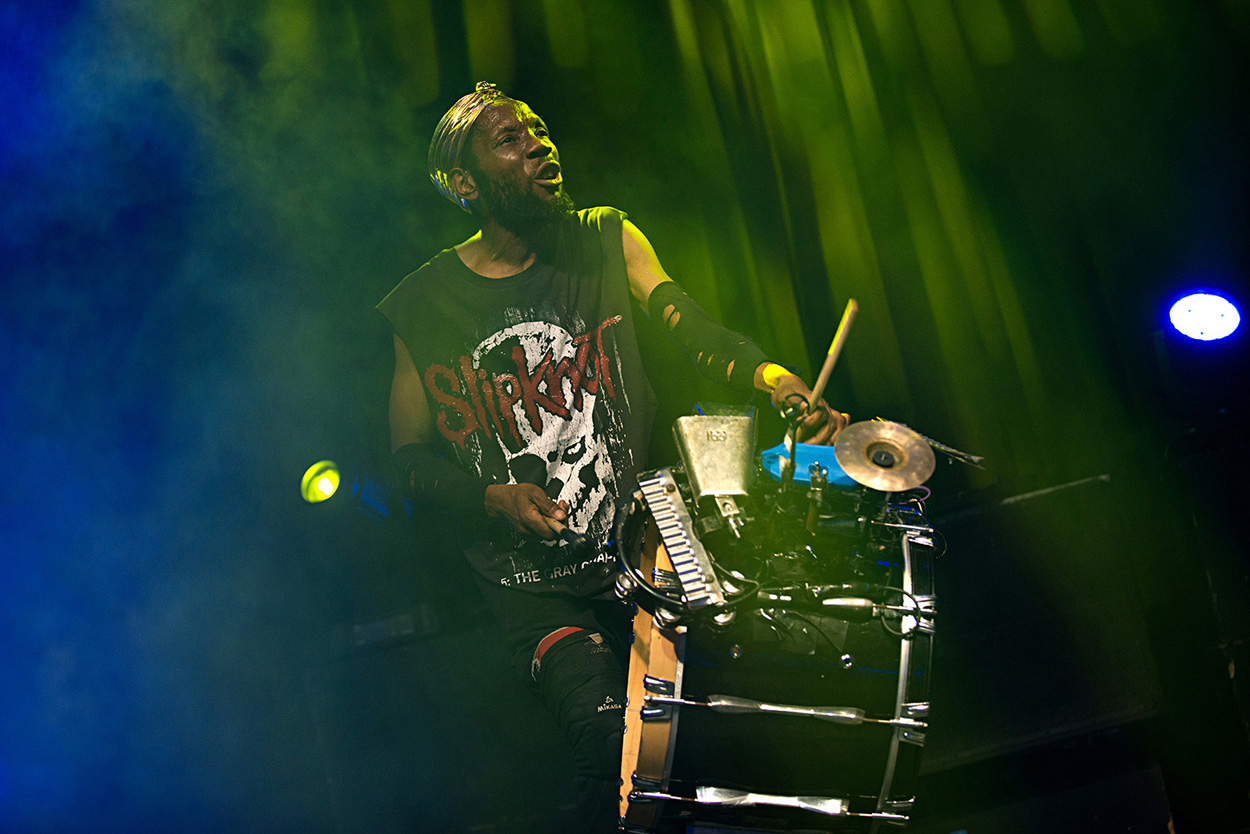 Too Many Zooz brought their electric and slightly eccentric live show to London this week, with a headline show at a packed and appreciative Koko.

The band were supported by UK hip hop band The Mouse Outfit who delivered the kind of set that has made them a firm favourite of the live scene. Their jazz infused compositions were complemented by the culturally aware lyricism and vocal interplay of MC’s Dr Syntax and Sparks. Whilst Syntax is a legend of the UK scene, he often played second fiddle to the rapid fire delivery of the Mancunian. The Mouse Outfit’s authentic and heartfelt sound is refreshing, offering balance to the often metallic sound of grime and rap today and the likes of ‘Blaze It Up’, ‘Escape Music’ and ‘Who Gwan Test’ show why they provide such an important platform for established and emerging artists alike.

When the New York based YouTube sensations emerged however, their distinctive brand of ‘brass house’ brought the room alive. Their blend of house, jazz, hip hop, funk and afrobeats creates a bewildering sound, courtesy of baritone saxophonist Leo P, trumpeter Matt Doe and percussionist King of Sludge. Breakthrough early tracks ‘To The Top’ and ‘Turtledactly’ typify this unique sound, which shocks and borders on abrasive at times but is equally capable of touches of musical subtlety.

The band met for the first time in the New York subway and commuter shot footage of their busking performances catapulted them towards stardom. This success has included a performance on Beyoncé‘s Lemonade album and at the CMA Awards, as well as headline slots performing around the world.

Their feelgood performances are as much physical as they are musical and they seem perfectly suited to soundtracking sunny festival afternoons as much as evening shows like this. The flamboyant, gyrating performance of Leo P is in stark contrast with the stationary work of Doe, and it is their polarising styles which add some intrigue to the band as a live prospect. On the night they were relentless, transitioning from track to track with little breather for the performers or crowd. The frenetic performance of King of Sludge was symbolic of this, underpinning the trio’s sounds with his big drumlines. The power and variety of his work wouldn’t sound out of place on a full kit but instead Sludge delivers it from a simple body-mounted bass drum.

The setup was otherwise minimalist, with the three men supported by a relatively low key lights show and not a lot else. This makes the performance feel like it hasn’t come too far since their days busking and also suggests that more could be done to elevate their performances further. Recent video to single ‘Beford’ is a nod to this. Adding further variety to their sound, with the potential addition of guest musicians and/or vocalists to their live show (as seen on ‘Inward’ and other recorded tracks) could ensure they don’t become something of a novelty live act. The more subdued jazz infused FTG, Pt.1 and Pt.2 also provides insight to the depth and musicality of the band. However, on the night the crowd were there for the biggest and brashest music Too Many Zooz could deliver and that is exactly what they did, leaving their fans dancing happily throughout.

The band have a number of live shows in the UK and Ireland still remaining, details below, so take the chance to catch them if you can.