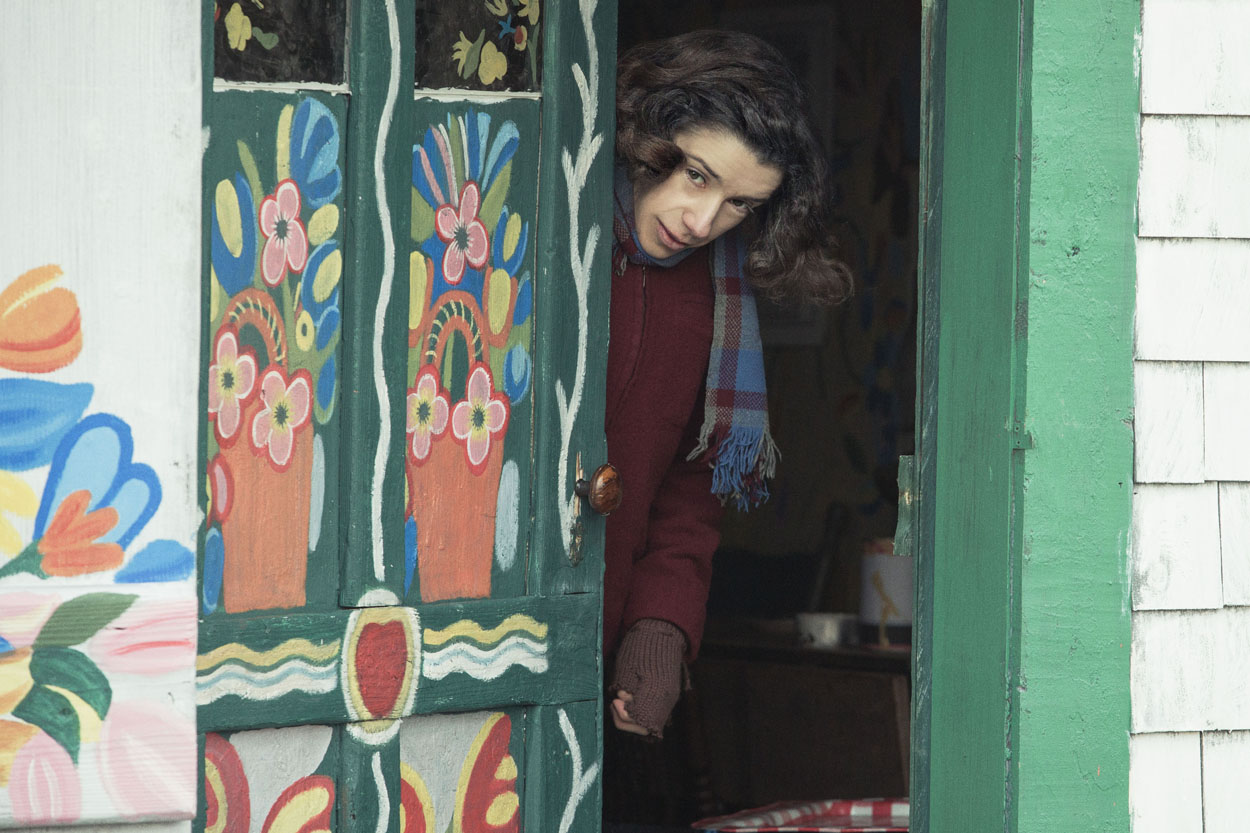 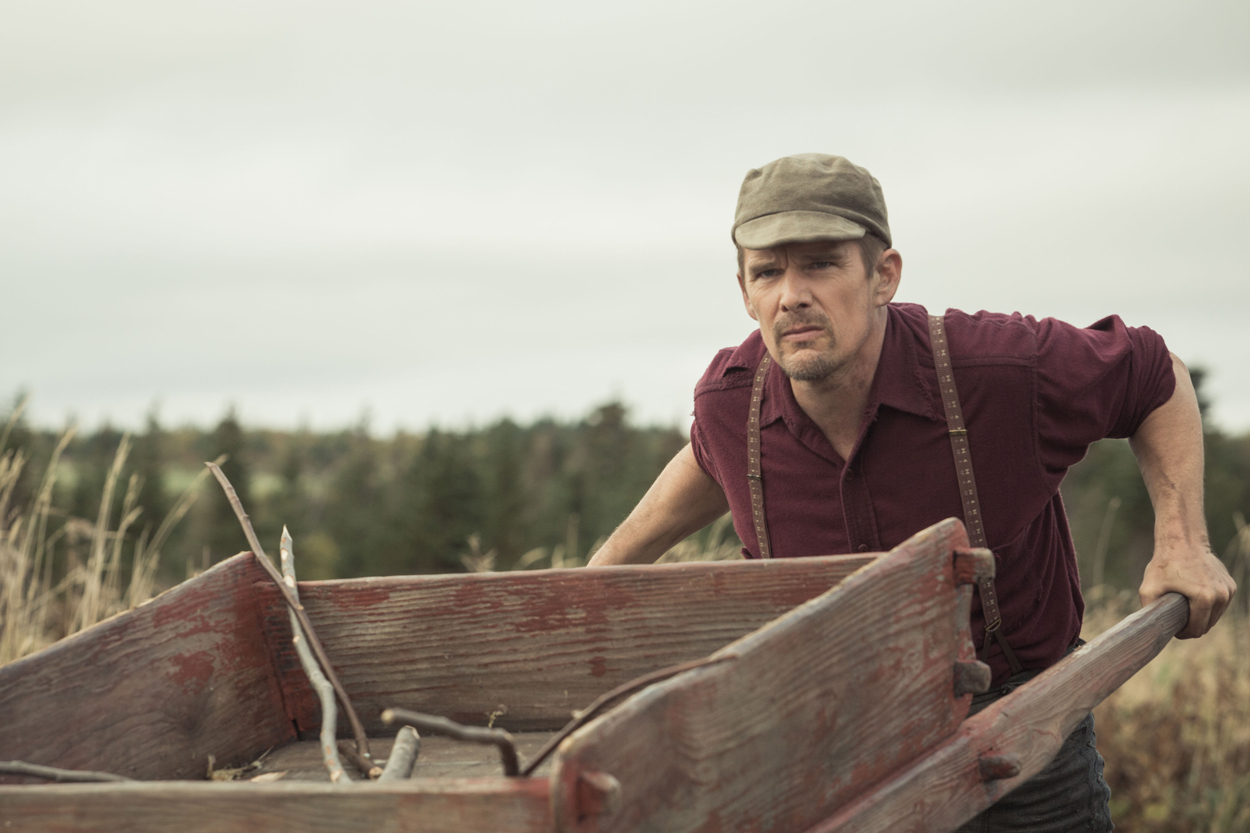 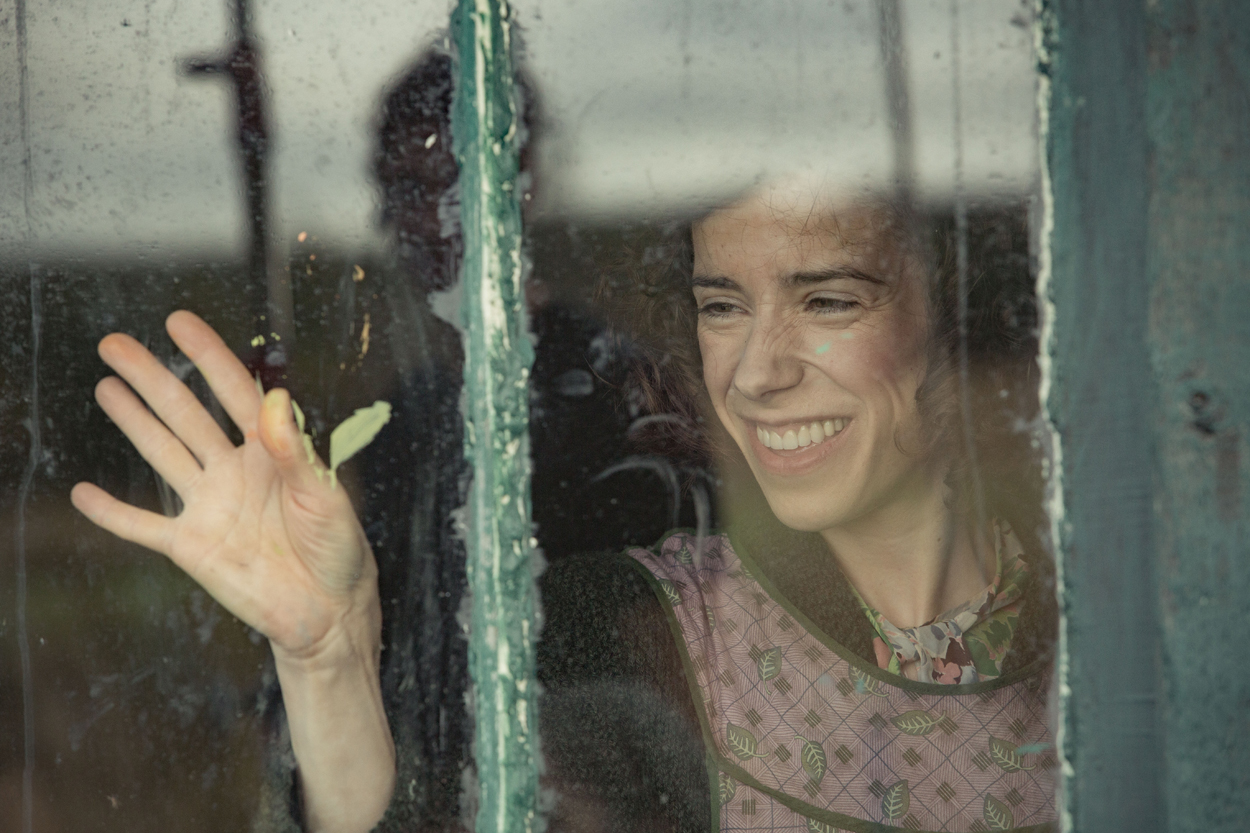 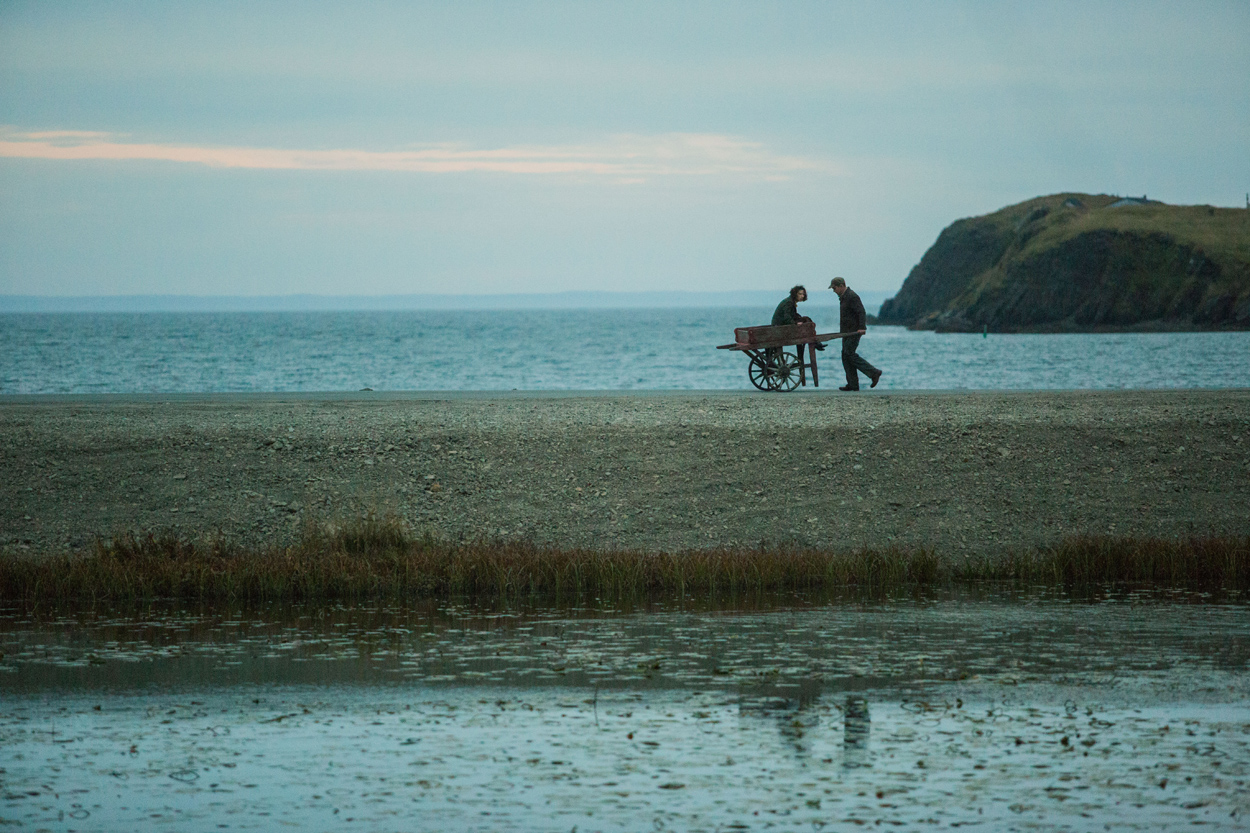 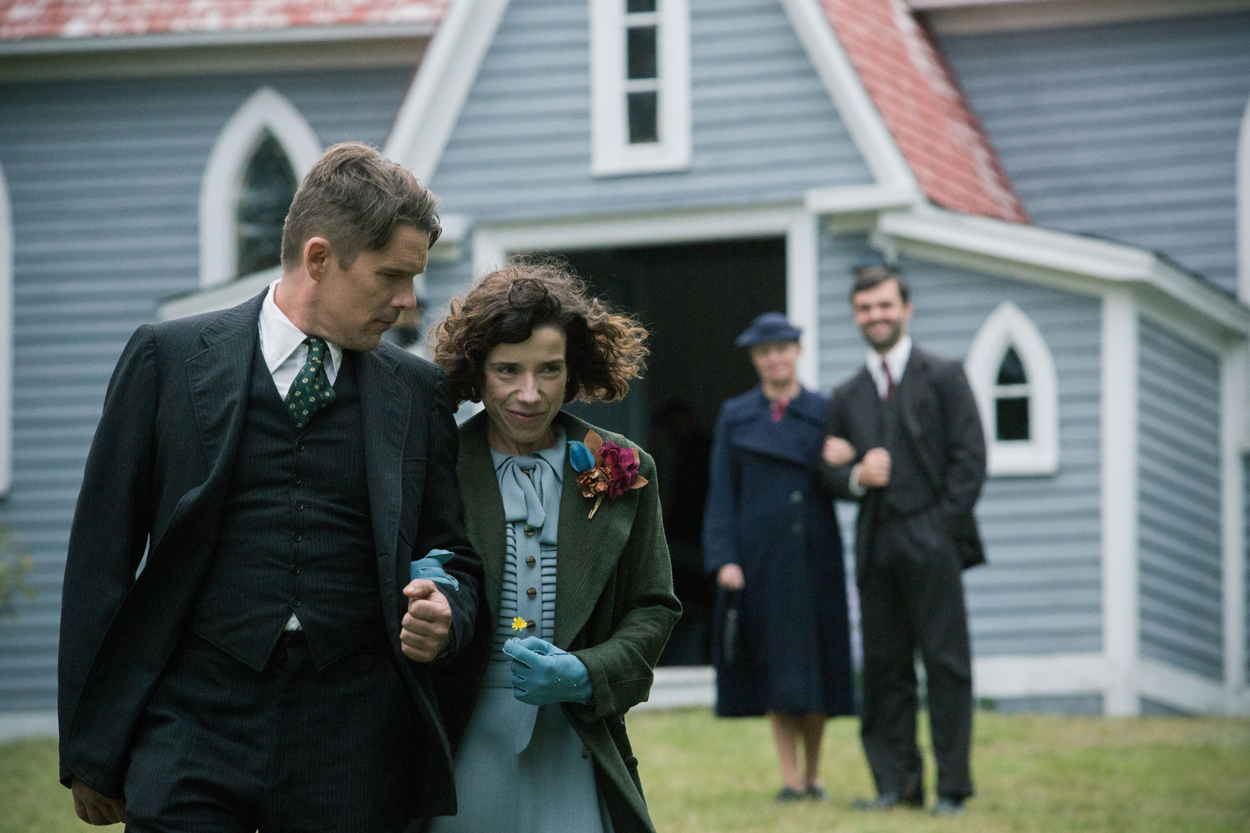 This week sees the release of MAUDIE, a moving film based on a true story of unconventional love, endearing yet uncompromising in its portrayal of harsh realities overcome by human kindness.

Set in mid-century Nova Scotia, the film – directed by Aisling Walsh (TV’s Fingersmith) – opens with a damning portrayal of Maud Lewis – played by Sally Hawkins (Paddington, Happy-Go-Lucky) – who has been dealt a very poor set of cards, crippled with arthritis and forced into dependence on her brother and aunt, who seem somewhat inconvenienced by this blight to their own existence.

In her drive to break free, Maud steals an advertisement placed by a fellow misfit, the severely social etiquette lacking Everett Lewis – played by Ethan Hawke (Boyhood, Before Midnight) – who is in dire need of a ‘woman’, by which he means a housemaid, to clean up his little shack in the backend of nowhere and put dinner on the table.

Bewildered by the lack of other applicants, Everett begrudgingly hires Maud but soon puts her in her place, “Let me tell you how it is… there’s me, them dogs, them chickens, then you.” Charming, huh?

Upset by the way she is treated, Maud sets about decorating the grey shack, day by day adding her naive folk style paintings to the walls, windows, and wherever else takes her fancy, at any given moment.

By chance, her artwork is spotted by Sandra, a sophisticated New Yorker played by Kari Matchett (Covert Affairs, Cypher), who stops by to complain about a lack of delivery – Everett is a fish peddler who’s not the best at taking notes – and the pair develop an unlikely, yet invaluable friendship, after Sandra commissions some postcards, and sets in motion Maude’s unforeseen career as an artist.

This emotional drama will move you at a heartwarming pace and leave a tear in your eye, as Maude carves out an indispensable place in Everett’s home, and is finally acknowledged by her community, the media, and ultimately the family that discarded her, for her abilities rather than her disability.

Go see it at once.

MAUDIE is out now in the UK via Sony Pictures Releasing (UK).