“David said to wish you all the best with this project,” replied Bowie’s assistant in October 2015, when Steve Schapiro wrote asking for a small text contribution to this volume, reproducing their epic photo shoot in Los Angeles from 1974. “We look forward to the book next Spring!”

Of course David Bowie never made it to Spring 2016, and his unexpected death invited intense scrutiny in the search for signifiers within the rich and complex imagery of his last videos, for ‘Lazarus’, and title track of his final enigmatic album, Blackstar. It was a ‘superfan’ who alerted the publishers of Bowie of the remarkable similarities between these videos and the photo shoot that comprises the bulk of the new book. 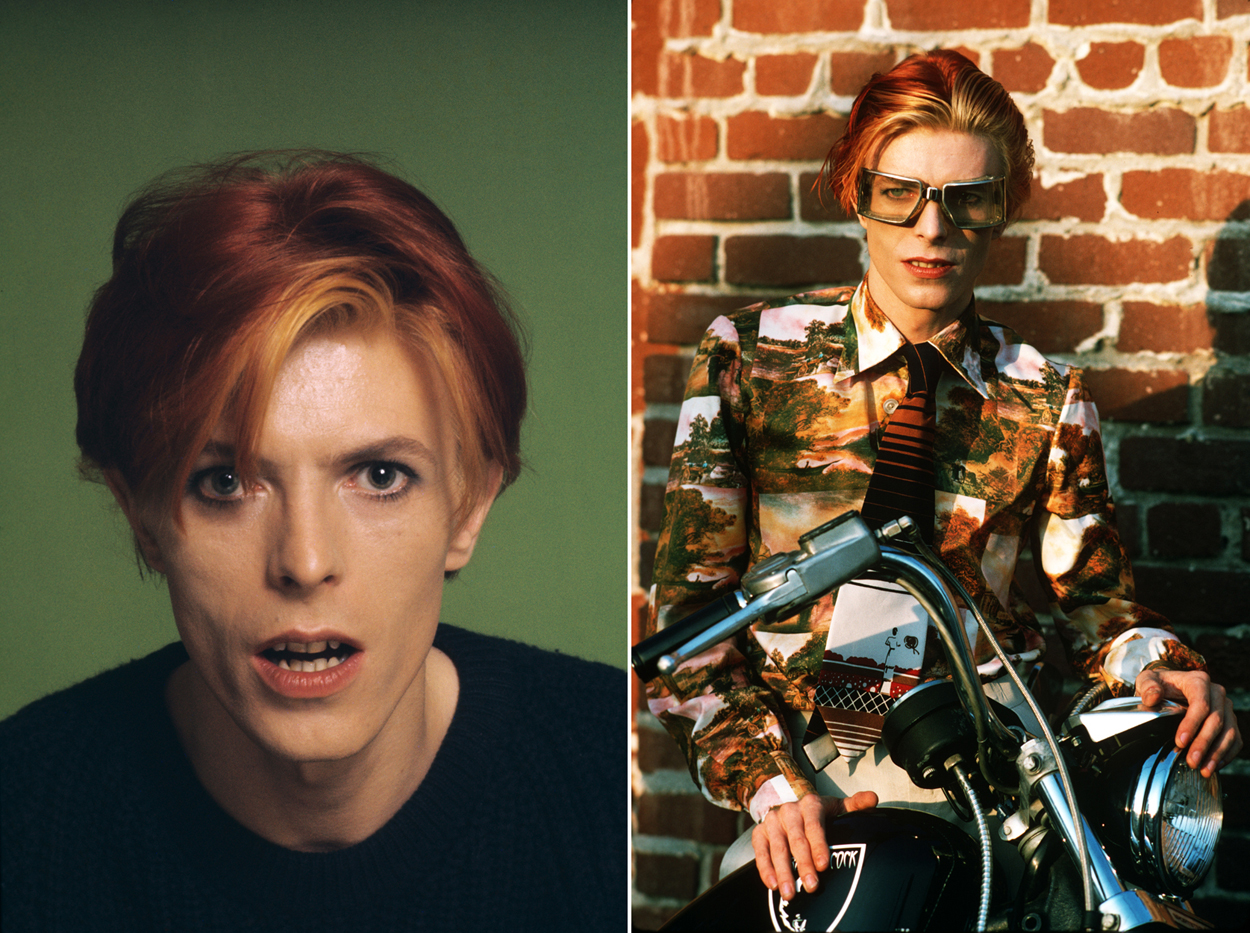 Left: From the photo shoot for People Magazine. “We took portraits against a putrid green background which we both felt was the worst possible colour to use as a background for a magazine cover.” Los Angeles, 1974. Right: David with goggles and bike. Los Angeles, 1974. Photos by Steve Schapiro

Bowie, by 1974, was evolving yet again in his spectacular journey as one of pop music’s most creative and brilliant minds. A music-writing tour-de-force, Bowie was also widely regarded as a fashion icon, pushing the envelope of sexuality and style. Bowie had introduced the world to Major Tom, lived the life of Ziggy Stardust, and had just launched Aladdin Sane; the albums Pin Ups and Diamond Dogs soon to follow.

Late that year, photographer Steve Schapiro seized upon a rare invitation from Bowie’s manager for a private photo session with the pop star in Los Angeles. The fruit of that day’s collaboration between Bowie and Schapiro would provide some of the most iconic album art and magazine shoots produced that decade, including art for the albums Station To Station and Low. The Thin White Duke was ascending. 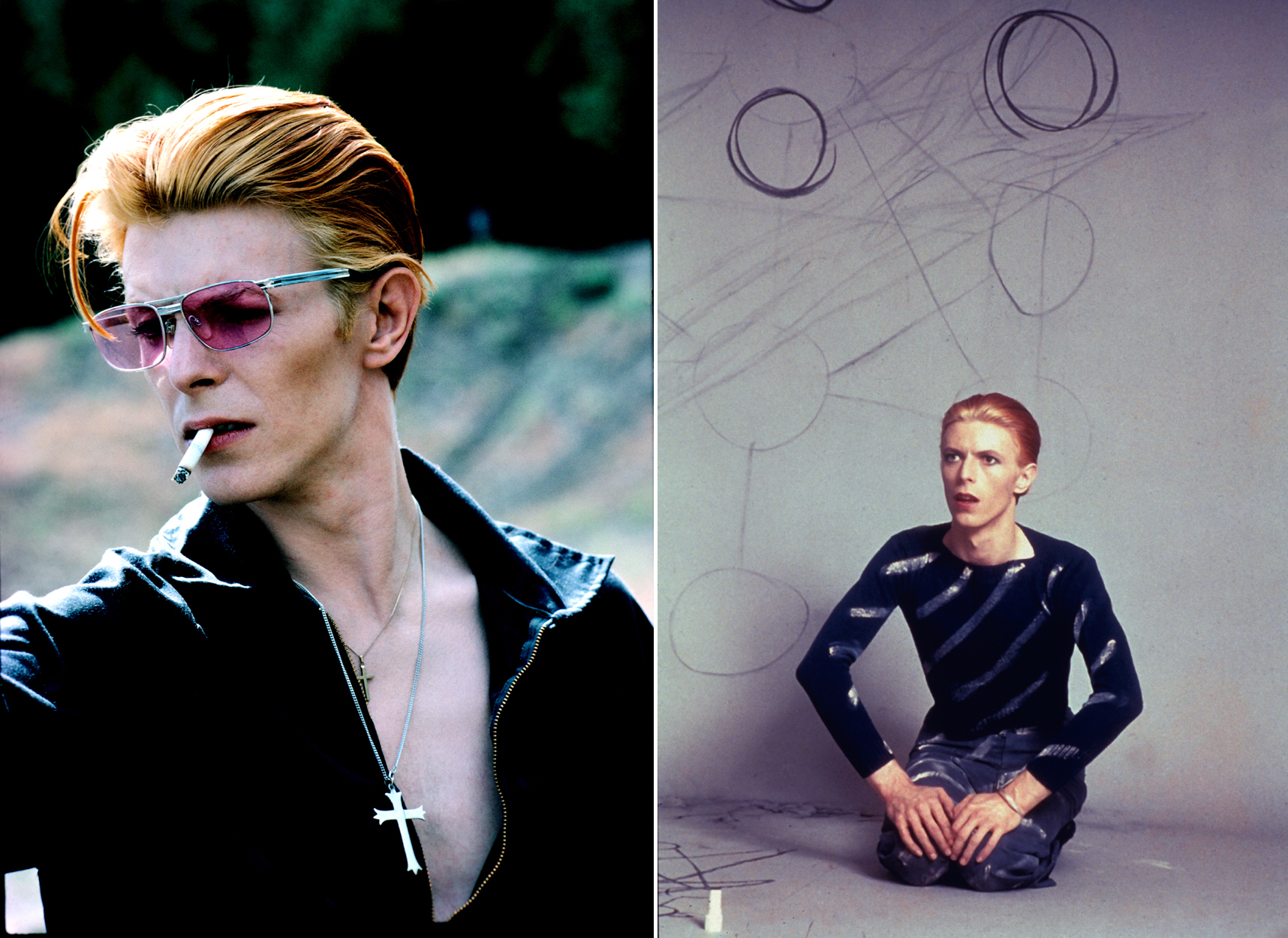 Left: David with cigarette on a break from filming MFE in New Mexico 1975. This became a Rolling Stone cover and a popular image. Right: David seated drawing circles on the background paper and then the Kabbalah Tree of Life diagram on the floor. Los Angeles, 1974. Photos by Steve Schapiro

These mostly never-before-published images represent Bowie at his most creative and inspired self, and offer a rare glimpse into a collaborative process that created phenomenal iconography in the Bowie oeuvre. “From the moment Bowie arrived, we seemed to hit it off. Incredibly intelligent, calm, and filled with ideas,” remembers Schapiro. “He talked a lot about Aleister Crowley, whose esoteric writings he was heavily into at the time. When David heard that I had photographed Buster Keaton, one of his greatest heroes, we instantly became friends.”

Bowie and Schapiro kidded and laughed about shooting a series of close-up portraits on a putrid green background because they felt it was the worst possible background color for a magazine cover, and so they shot one on a lark—the image eventually became a People magazine cover in 1976. 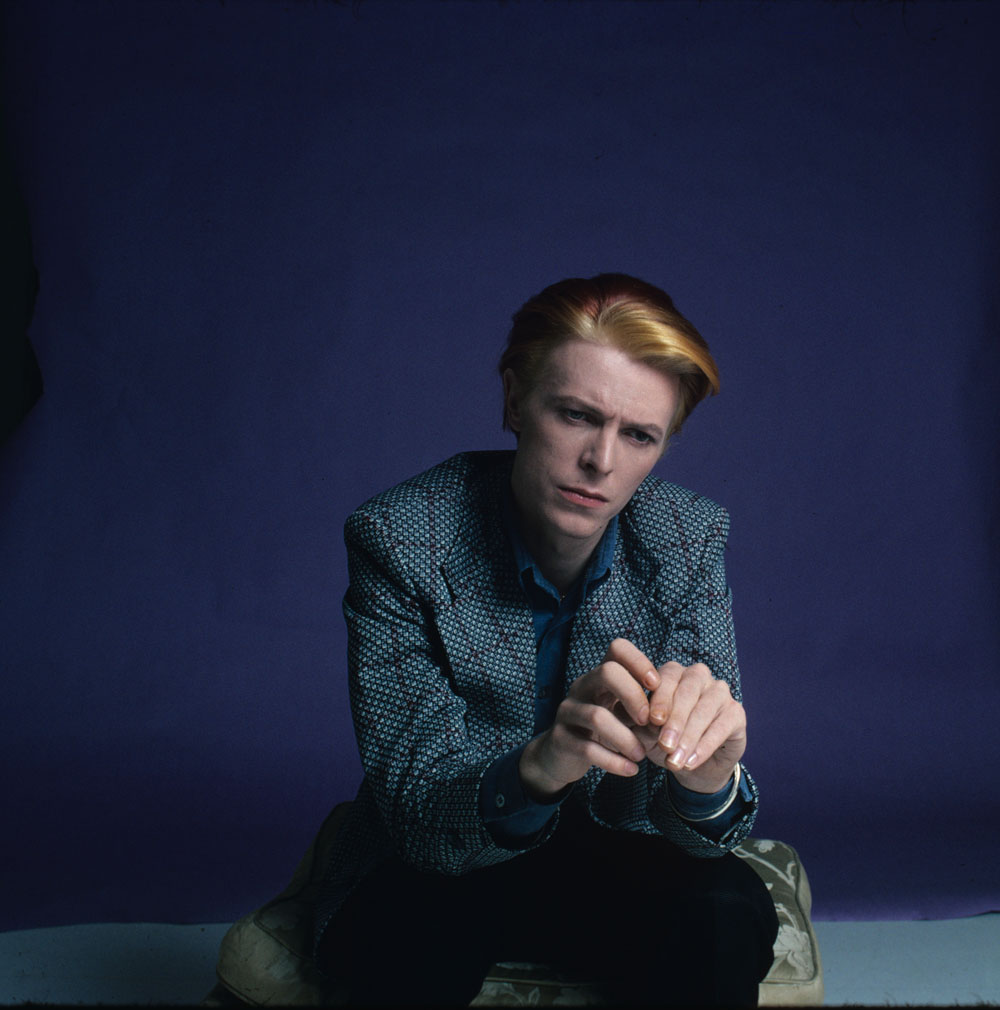 David out of character. “One of my favourite photos of David. I particularly like his hands in this shot.” Los Angeles 1975. Photo by Steve Schapiro

The first photo session started at four in the afternoon and went through the night until dawn. Bowie went through countless costume changes, each one seemingly befitting an entirely new and unknown Bowie persona. Most incredible, from a vantage point some 40 years later, was the costume and doodles of a particular session: Bowie dressed in blue slacks and cropped shirt, painted with diagonal white stripes, and scribbling what appears to be a diagram from the Kabbalah. They show up again in the video accompanying the song ‘Lazarus’ on the Blackstar album.

A delight for Bowie fans of all intensities and degrees, Bowie provides a rare look at a remarkable musical genius in the throes of creative exploration.

An exhibition, entitled Steve Schapiro: Heroes, opens June 9th at London’s Atlas Gallery, showing work from Schapiro’s entire career, but with an emphasis on his work with David Bowie, including the iconic album cover shoot for Low and rare shots from The Man Who Fell To Earth.

Schapiro is a distinguished journalistic photographer whose pictures have graced the covers of Vanity Fair, Time, Sports Illustrated, Life, Look, Paris Match, and People, and are found in many museum collections. He has published six books of his work, American Edge, Schapiro’s Heroes, The Godfather Family Album, Taxi Driver, Then and Now, and Bliss.

Photographs by Steve Schapiro, from Bowie, published by powerHouse Books. 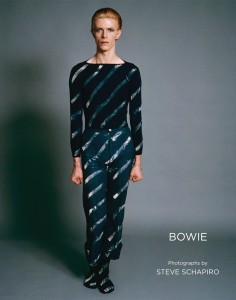