The pair have already released a string of singles, in order to forge their own muse, while also working with the likes of Icona Pop, Tove Lo, Adam Lambert and The Rolling Stones, to name a few. It might be that or it might be not, but this fresh new song, ‘21st Century’, sounds like the natural result of what you could expect next, while still keeping an intriguing prospect for the future.

Imagine if Charli XCX’s band is crashing into the practice space of Yeah Yeah Yeahs for once, playing their songs, with the YYY’s gear, instead. The action is still there. The carefree scandi-pop soul that recalls Icona Pop’s ‘Girlfriend’ or world renown ‘I Love It’ too. Where songstress Elin Blom is singing “All my friends and me / We’re the future of the 21st century / All we do is blah blah blah / We just wanna be hi-hi-high.”

But what gets the most attention, is again, the art-rock attitude or eventually, the ‘bold move’ to not make the obvious choice. The chorus, in fact, explodes with harmonies and melodies, like an anthem for the next generation. Without a standard support from midi-synths and ‘Ableton-oriented’ bedroom’s productions.

Instead, for some reason, the mix gets closer to The Strokes sophomore album’s opening song ‘What Ever Happened?’ that opens Room On Fire. There you find, frontman Julian Casablancas singing “I want to be forgotten / And I don’t want to be reminded.”

We don’t know if this is what FELIN wants, but what we know is that ‘21st Century’ is that type of song, that gets stuck in your head and you want to play on repeat, again and again.

On how the song was born…we asked FELIN some Q&A in pills ….from Mars.

01– Which colours do you associate visually with the recording & listening of this song?

“Most of FELIN’s world is in black and white, cuz it’s all about the contrasts. The raw and the elegant, the good and the bad, the hard and the soft. And that’s how I see the song as well. The more electronic laid-back verses in contrast with the sing-along anthem like choruses with loud guitars where you just scream out your frustration. But also with some shimmers of bright red, pink or other colors, cuz life needs those hints of color, the different nuances, and so does a song. Right now, I’m obsessed with a shade of red that’s called Indian Red which is a dark red composed of iron oxides that are naturally found in India.”

02 – Which Records / EP / Song or Remix were on your playlist on repeat, before, during and after the mastering of 21st Century?

“I went back to the early No Doubt and Garbage records a lot, as well as Nirvana, Gossip and Sleighbells. I’m a DJ as well so I’m always listening to a lot of electronic music when preparing my sets, so my Spotify playlists are a mixture of older rock n’ roll as well as new electronic and deep house. And I like to mix those two worlds in my music as well. To have the roots in rock and punk with loud guitars but add electronic and pop elements to it.

“I made a little Spotify playlist with songs that inspire me right now [listen HERE].”

03 – Memes / Habits: Describe us your daily routine to the studio, and some key-situations, that are reminding you of the ‘process’.

“I don’t really have a routine since I’m working in different studios a lot. I wish I had some mysterious routines of how a song is formed, but it’s so different all the time. But I do love sushi as lunch, haha.

“Most parts of the song were written in this tiny studio where it almost felt like a sauna by the end of the day. But to me it’s not about the studio or tools that are available to you that makes the song, sometimes a fancy studio could only stress you out. Although, I love to have a studio where I can be surrounded by live instruments; where it’s easy to just pick up a guitar, try a new synth or add some drums.

“We recorded the live drums for the song in a studio just like that, where the owner seriously has like 50 synths and all the guitar amps and drums you can imagine in the world. He knows everything about how this snare will sound different from that snare and all the instruments and amps have their own story.

“These things inspire me even if I sometimes, I want to use the shittiest guitar in the room for a song because I think, it has just the sound that fits the track.” 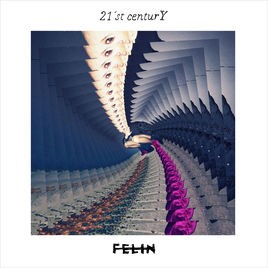