London based avant-electronic producer, Halina Rice, is set to release her debut album, REDUX, via Blurred this October. Renowned for her vivid and eclectic style, coupled with a strong emphasis on sampling, she uses multiple effects to create original and experimental sounds – vocals are warped, stuttered and stretched, synths are distorted, other-worldly sounds are generated from improvised combinations of virtual instruments.

“As I am about to release my own debut album, REDUX, I thought I would look back at tracks from some well-known – and less well-known – debut albums,” says the artist, whose album is pre-empted by debut track ‘KWYMO’. “An interesting exercise to hear artists arrive either already fully-fledged or perhaps with just some of the elements that will later develop into their unique sound.”

1. Oneohtrix Point Never –  ‘Woe Is The Transgression I’

“I’ve been a fan of OPN for a number of years and count his live show at Village Underground last year as one of the best I’ve ever seen. It’s interesting to hear material from his first album, Betrayed In The Octagon, and this track – with the gradual build of detuned synth sounds – has more in common with soundtracks so I guess it’s not surprising that OPN has moved into film scoring with his most recent album.

“This is a beautiful track released in 2010 on debut album Nothing Else and precursors the sublime/dark feel of tracks like ‘Anvil’ from the 2016 album ‘Vessel’.

“Very early electronica – I can only imagine how original this must have sounded at the time it was made in 1968. While the song still owes a lot to psychedelic rock, the driving quantised beats place it in another universe altogether.”

“This seems like the natural inheritor of Silver Apples’ legacy – whether they might see it like that I don’t know. From the 2013 album STRGTHS, the beauty of this track is in its evolution from an oversampled and obscured Gregorian chant with Cocteau Twins sensibility to something more like dark noise-art.”

“I remember being entranced by the combination of elements in Crystal Castles’ first album and in this track in particular – the indiscernible vocals, loose double-tracking, circuit bent synths and lo-fi delivery, it felt so mysterious and new and their live show were full of incredible energy.”

“This song was released as a single in 1978 and was on the band’s debut album, Real Life. It has the best opening guitar riff and I think this speaks to anyone who has ever felt like they didn’t fit in. I used to be a guitarist/vocalist in a band that we named after this song and we played this track, though I could only aspire to deliver it like Howard Devoto.”

“I was lucky enough to see the New York Dolls play live in 2011 with David Johansen and Sylvain Sylvain from the original line-up. This track is their eponymous debut album released in 1973, apparently recorded in only eight days. ‘Personality Crisis’ is a great rock and roll track, but with a slightly twisted Manhattan underground edge that calls to mind other tracks like Lou Reed’s ‘New York Telephone Conversation’.

“I used to take this track simply as an ode to independence and non-conformity, although it is widely interpreted that Alex Chilton was referencing the Vietnam War. Musically speaking, the 2012 documentary about Big Star helps put into context how out of step they were with the commercial demand for ‘heavy’ music, as bands like Led Zeppelin started to take over, and I feel vicariously proud that it was a later UK following for the band that was instrumental in bringing ‘Number 1 Record’ back to the fore.”

“While there is still a heavy element of prog rock following his days in Genesis, I think Peter Gabriel’s direction for all his subsequent solo albums is totally unique and this track starts to demonstrate some of the more unusual approach to sound design that would then start to characterise his work – utilising sampling to produce albums that were way ahead of their time.”

10. The Smiths – ‘What Difference Does It Make’

“I always enjoyed Morrissey’s pseudo-arrogant delivery and wanted to channel some of this in the track ‘Rubberbands’ from my upcoming album, REDUX. I like how The Smiths seem at odds with the TOTP studio in this video.

Halina Rice releases her debut album on October 20th. You can pre-order REDUX via iTunes HERE. 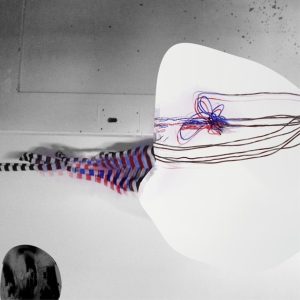